Our Richmond, Virginia correspondent Doug Hayes sends us the 13th episode of his continuing series, “The Breakfast Crew.” Doug’s captions and IDs are indented, and you can enlarge his photos by clicking on them. This set arrived on Valentine’s Day:

We got a couple of inches of snow Friday here in Richmond, Virginia, then an all-day ice storm of sleet and freezing rain  on Saturday. The ice brought down power lines all over the city that evening. Quite a bit of the Forest Hill neighborhood was without power for much of Sunday (Fortunately, we have a whole-house generator.).  Despite the nasty weather the Breakfast Crew, including a couple of new birds, has to eat.

A new bird – a pine warbler (Setophaga pinus).  This one showed up to the feeders and hung around for over an hour. 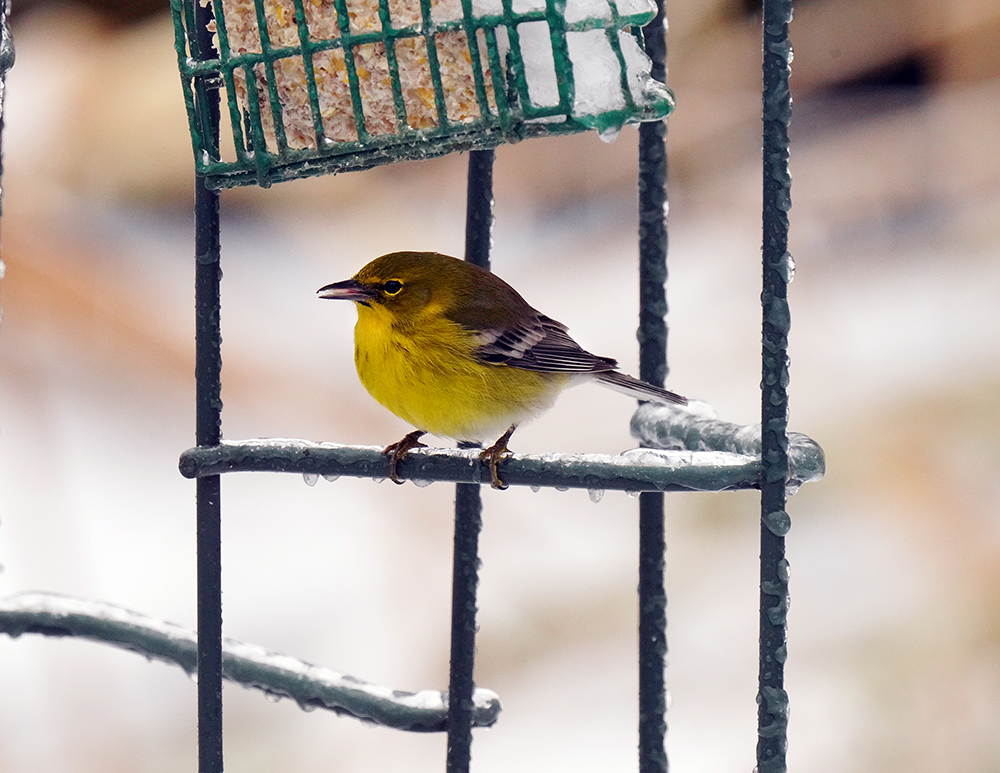 Despite the rain and sleet, this male Northern cardinal (Cardinalis cardinalis) made several trips to the feeders. 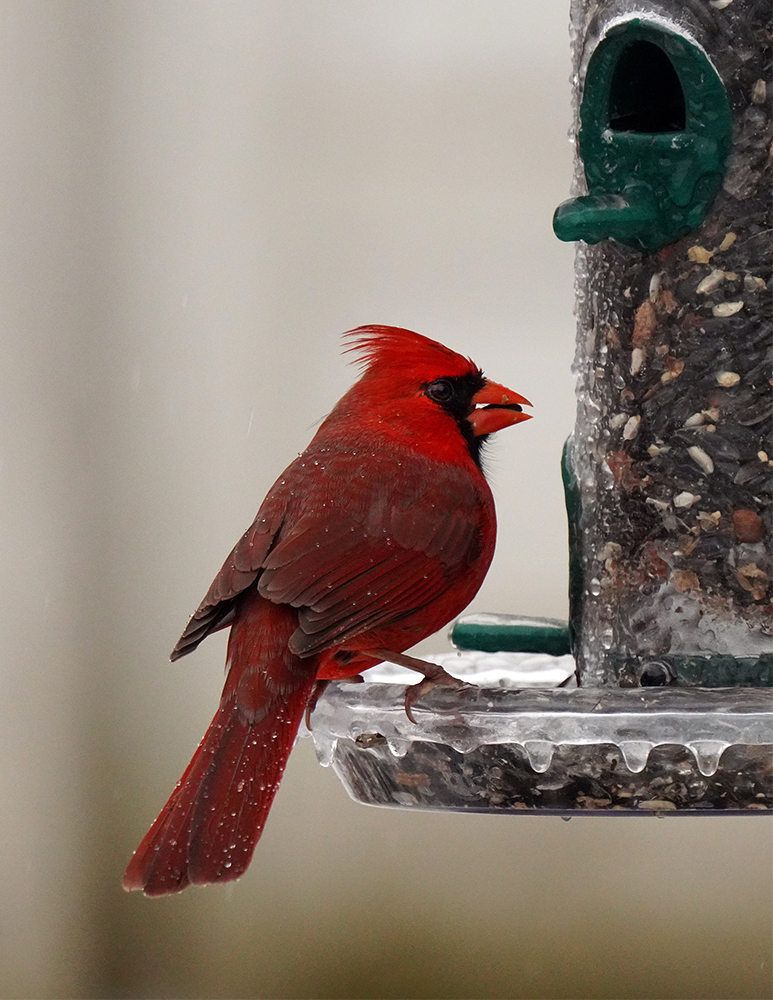 This white-throated sparrow (Zonotrichia albicollis) was hanging out at the far side of the yard, waiting for the crowds to die down at the feeders. 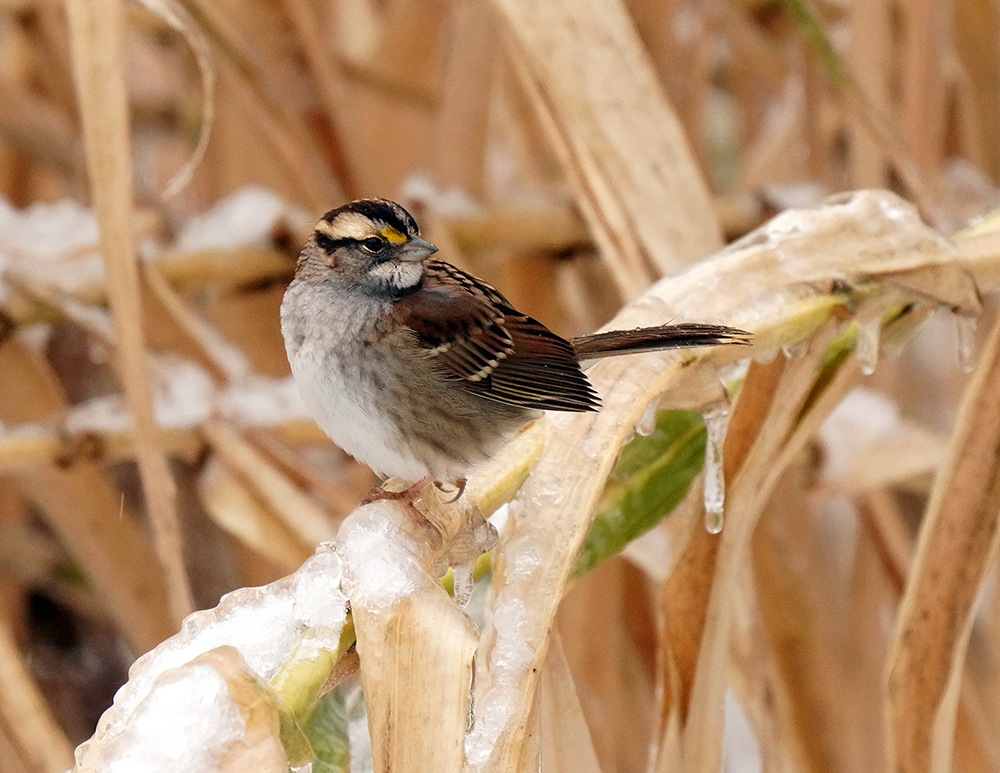 Another “new” bird, an eastern towhee (Pipilo erythrophthalmus). I’ve seen these around from time to time. This is only the second time I’ve been able to photograph one. 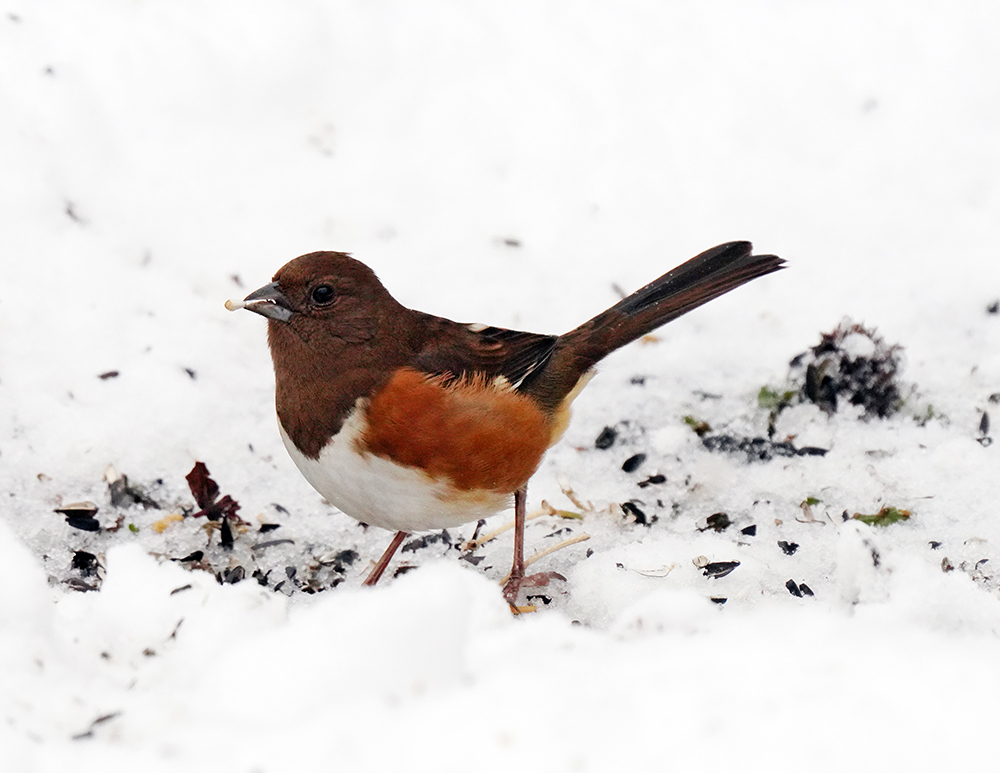 It was sleeting pretty hard when the male cardinal came back for another meal. 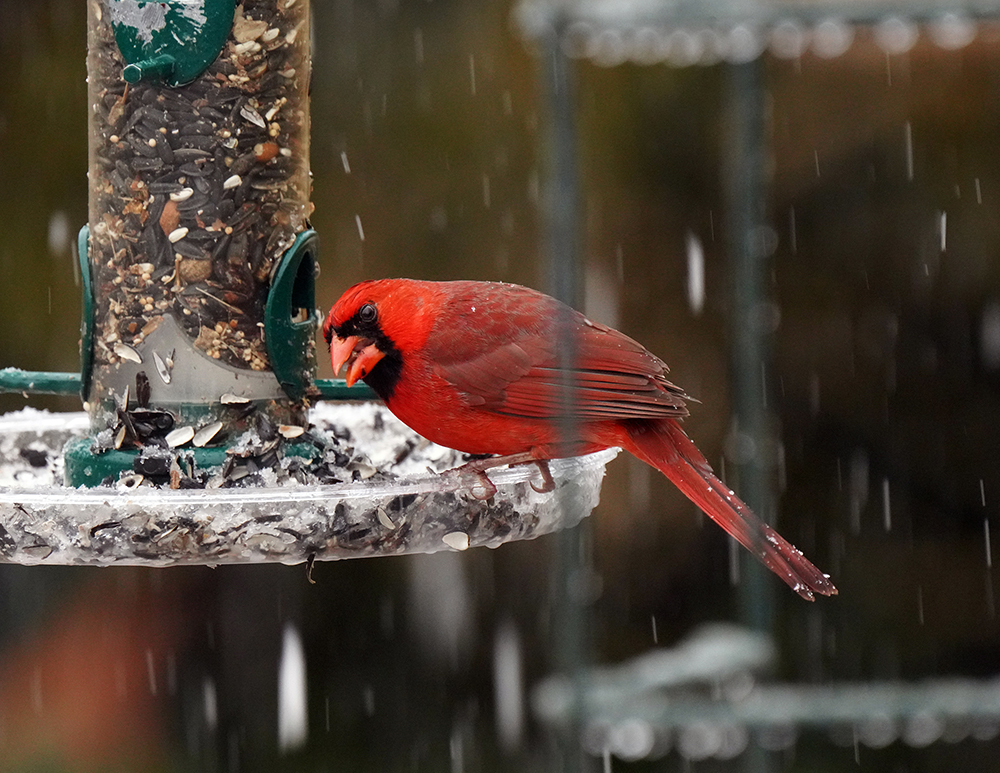 The yellow-rumped warblers (Setophaga coronata) have become regulars, preferring suet to seeds. This one was just hanging out. 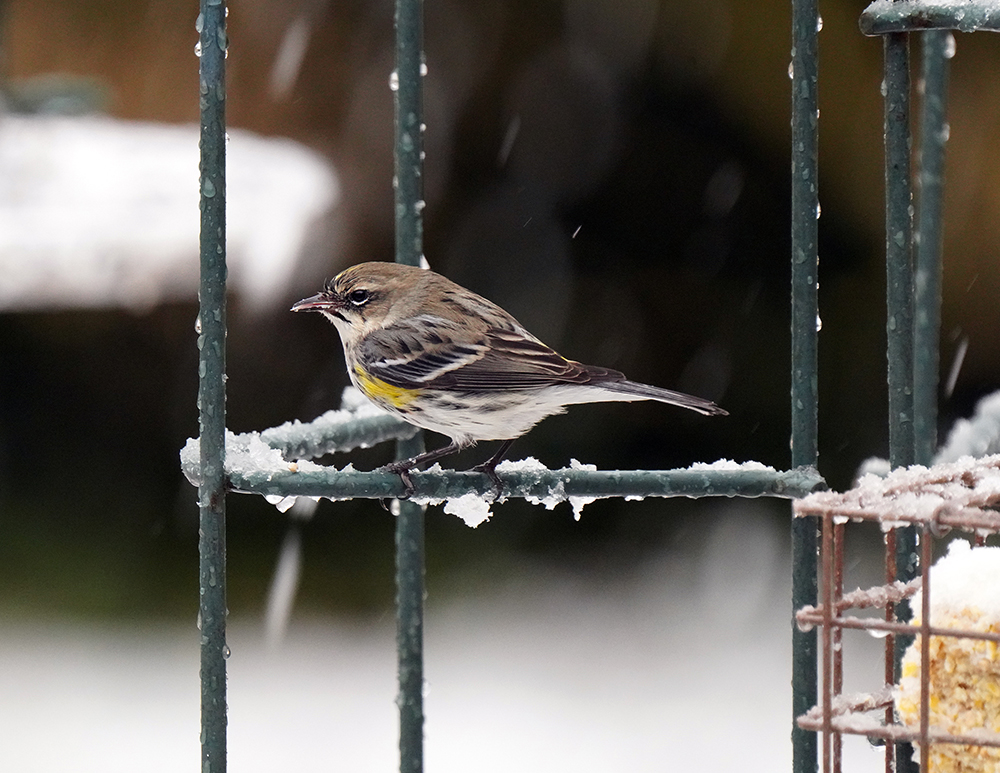 The male half of a pair of downy woodpeckers (Picoides pubescens) who make several trips to the suet feeders every day. 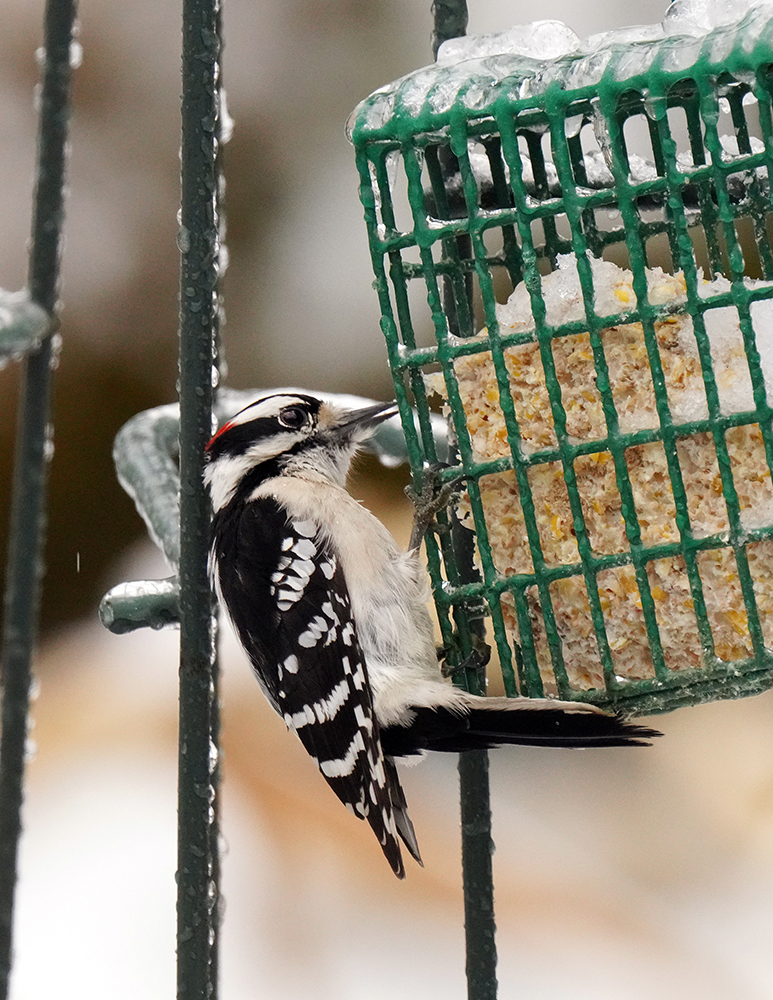 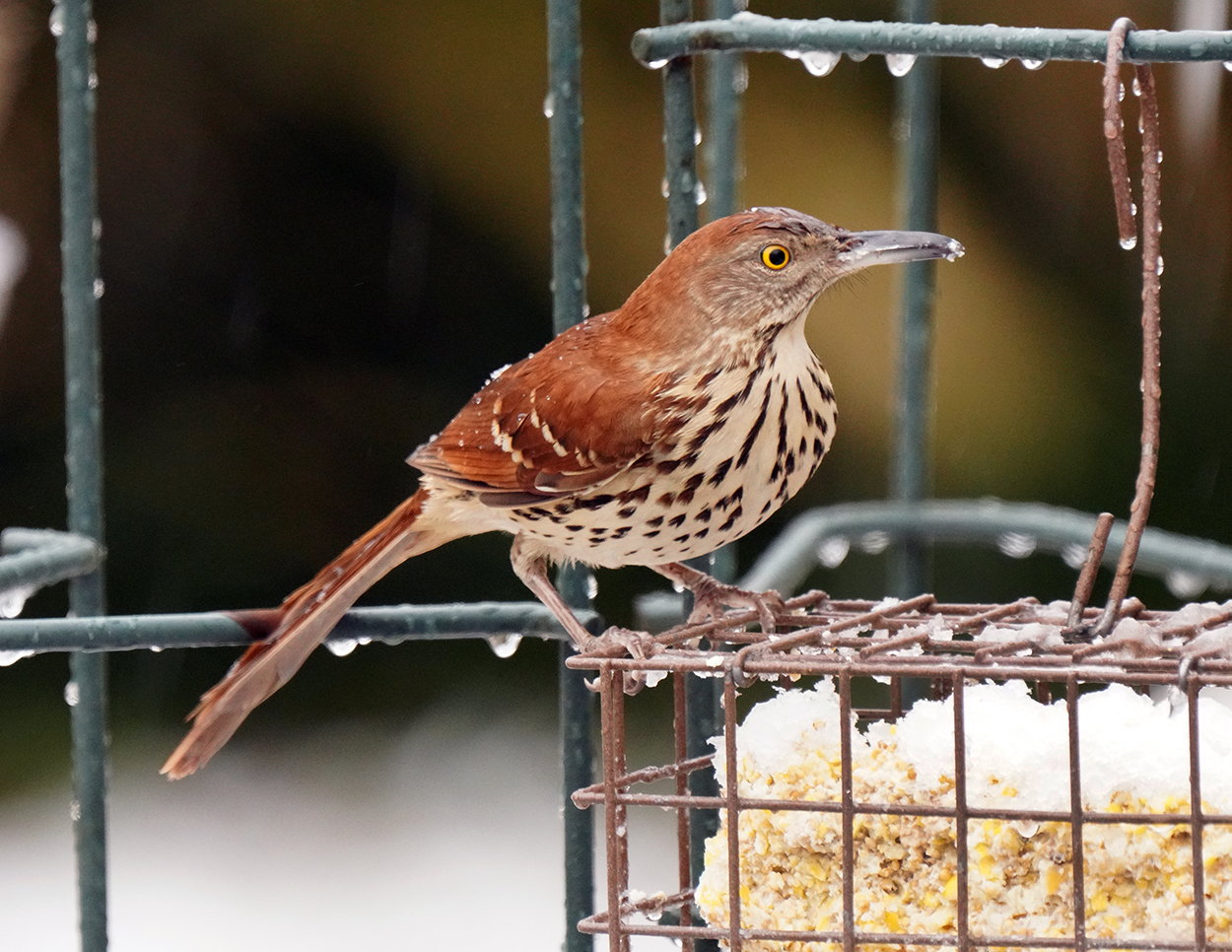 A female cardinal going for an easy meal of seeds scattered on the ground by the other birds. 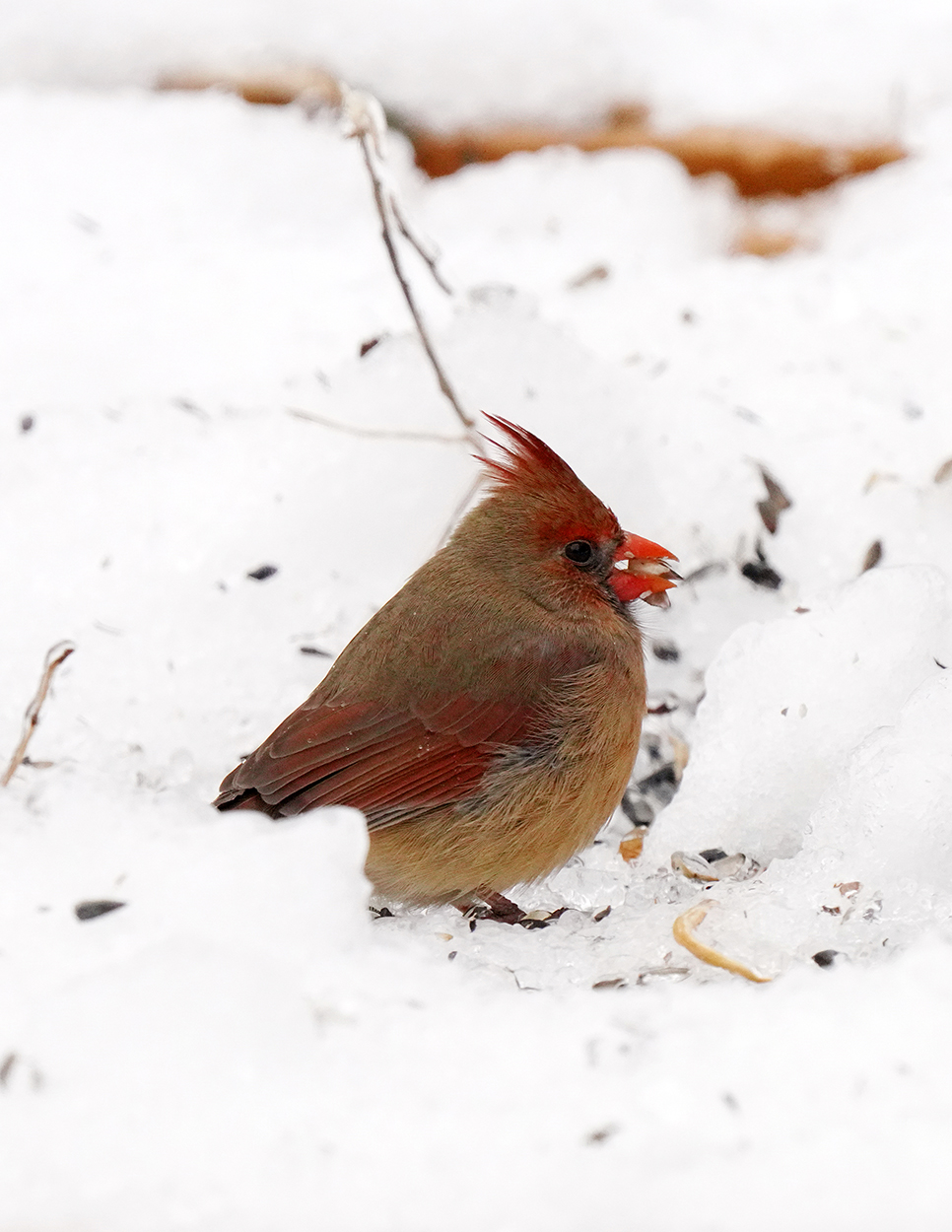 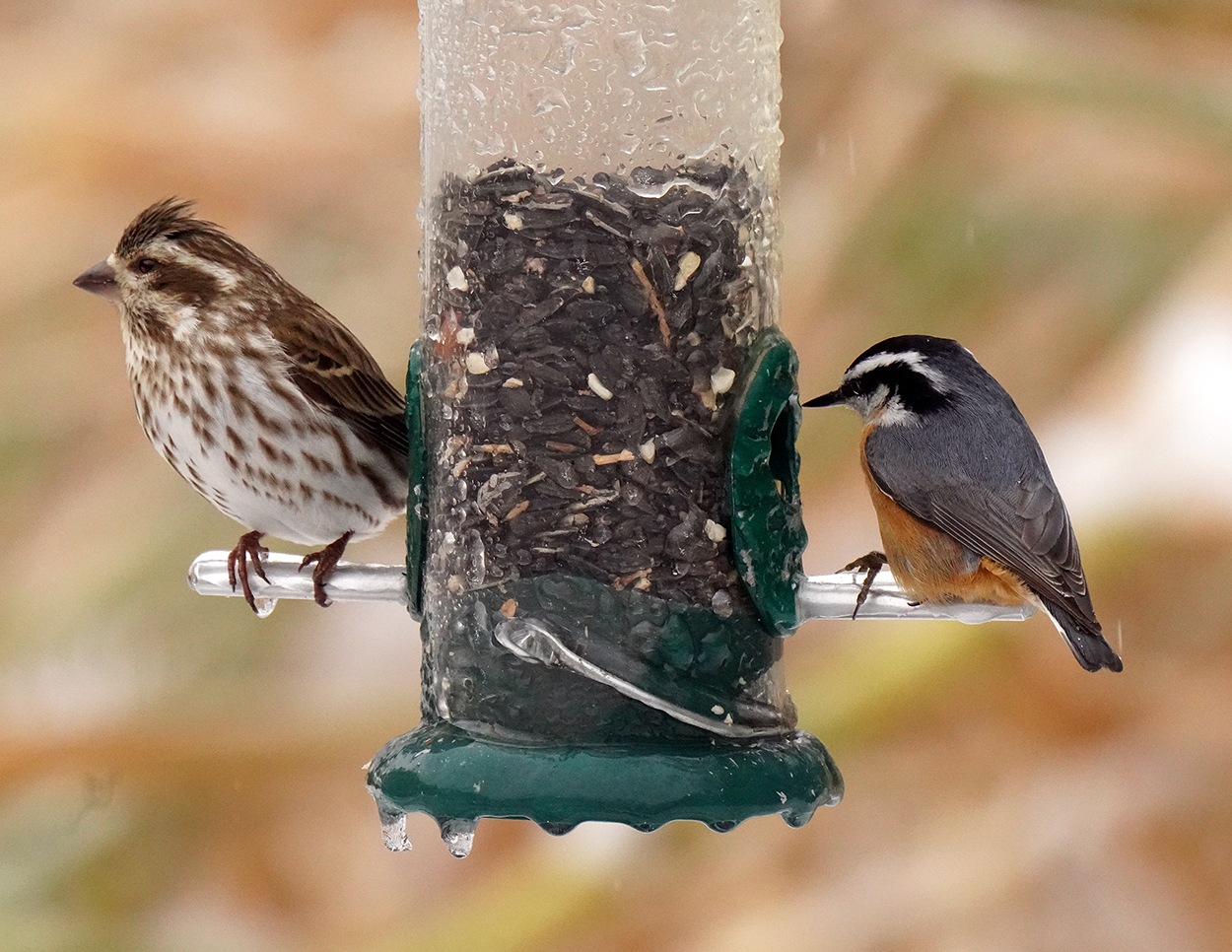 A tufted titmouse (Baeolophus bicolor) and a female house finch (Haemorhous mexicanus) at the feeder. 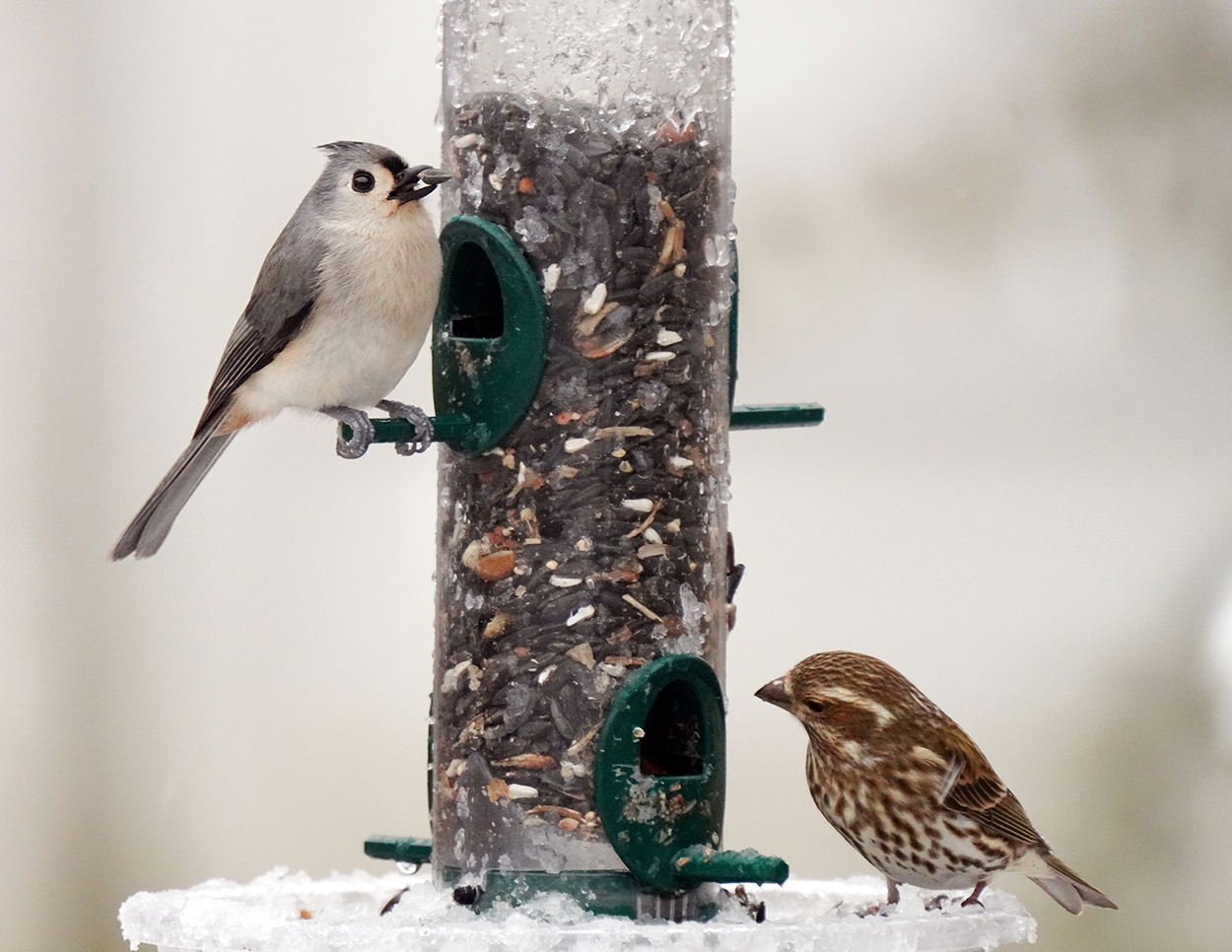 A Carolina wren (Thryothorus ludovicianus) singing in the freezing rain. 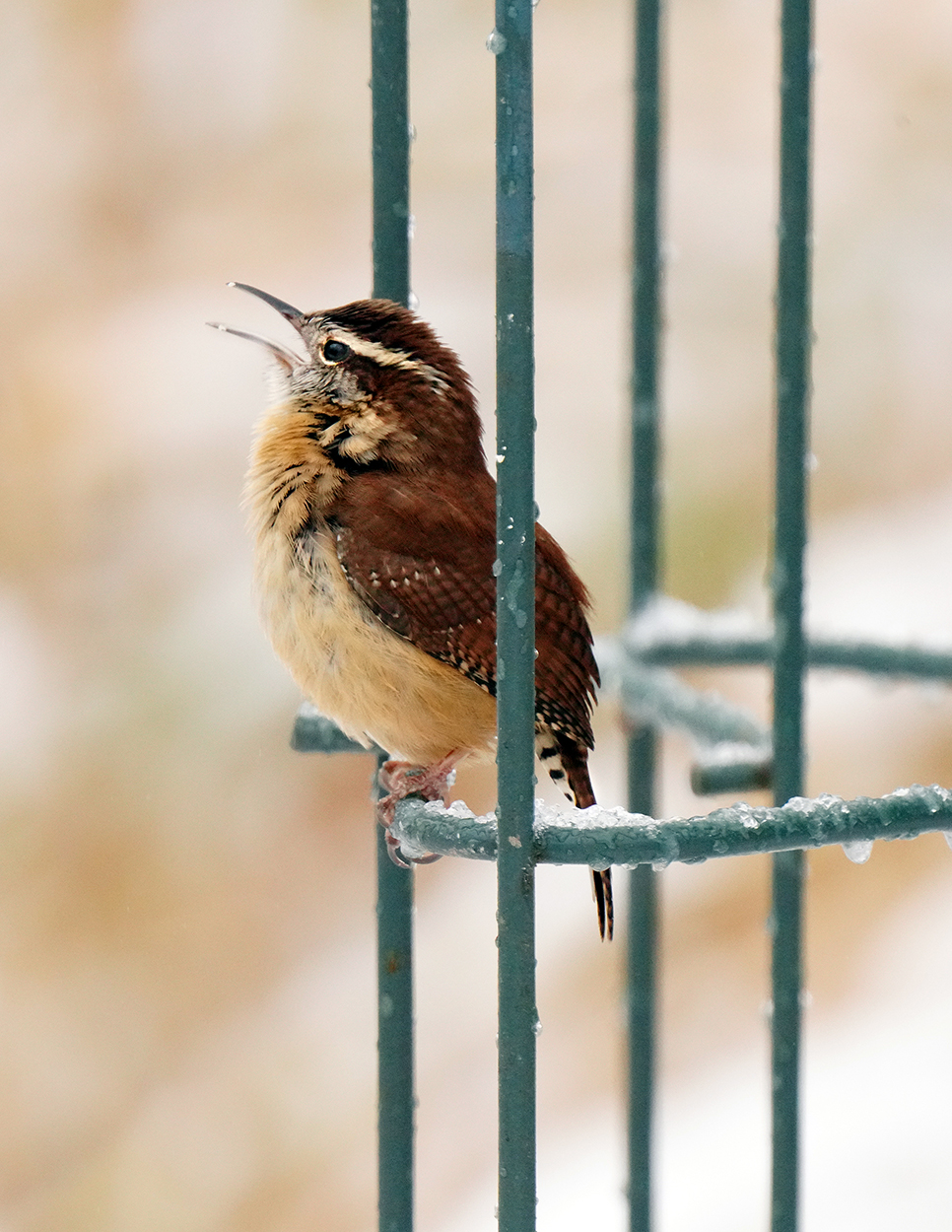 Singing done, the Carolina wren goes for breakfast. He hung around all morning, alternating between the suet and seed feeders. 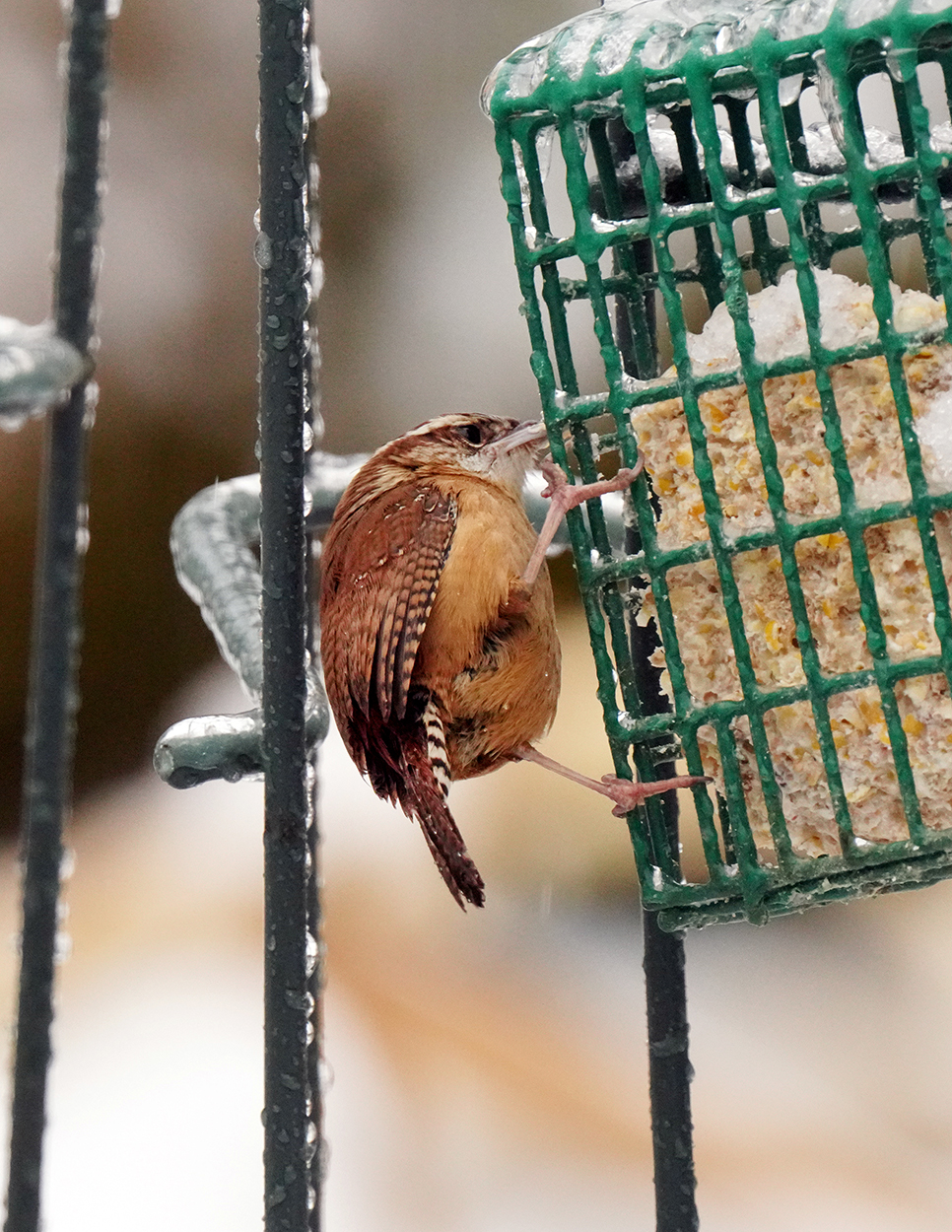 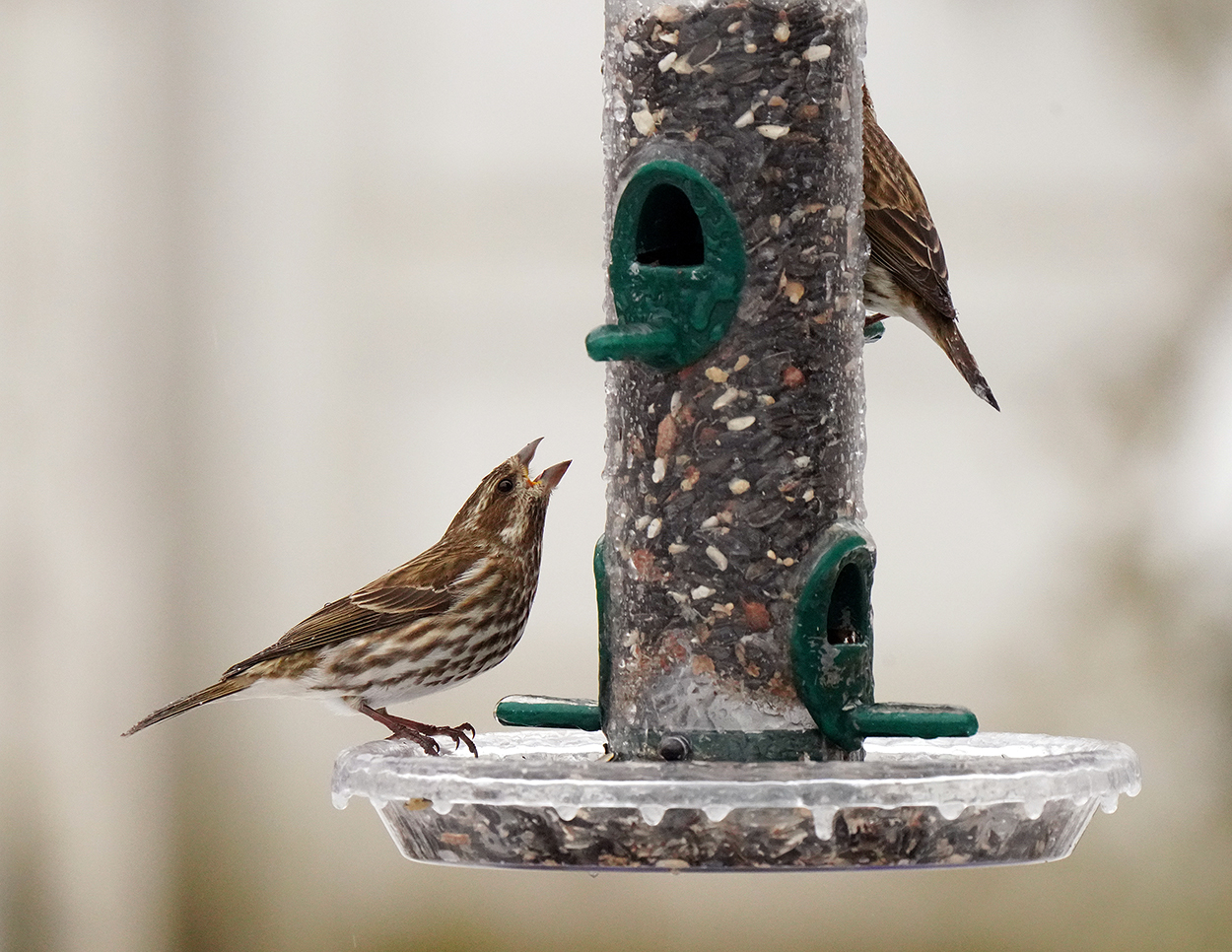 A pair of house finches stand their ground as a purple finch intrudes on their breakfast. 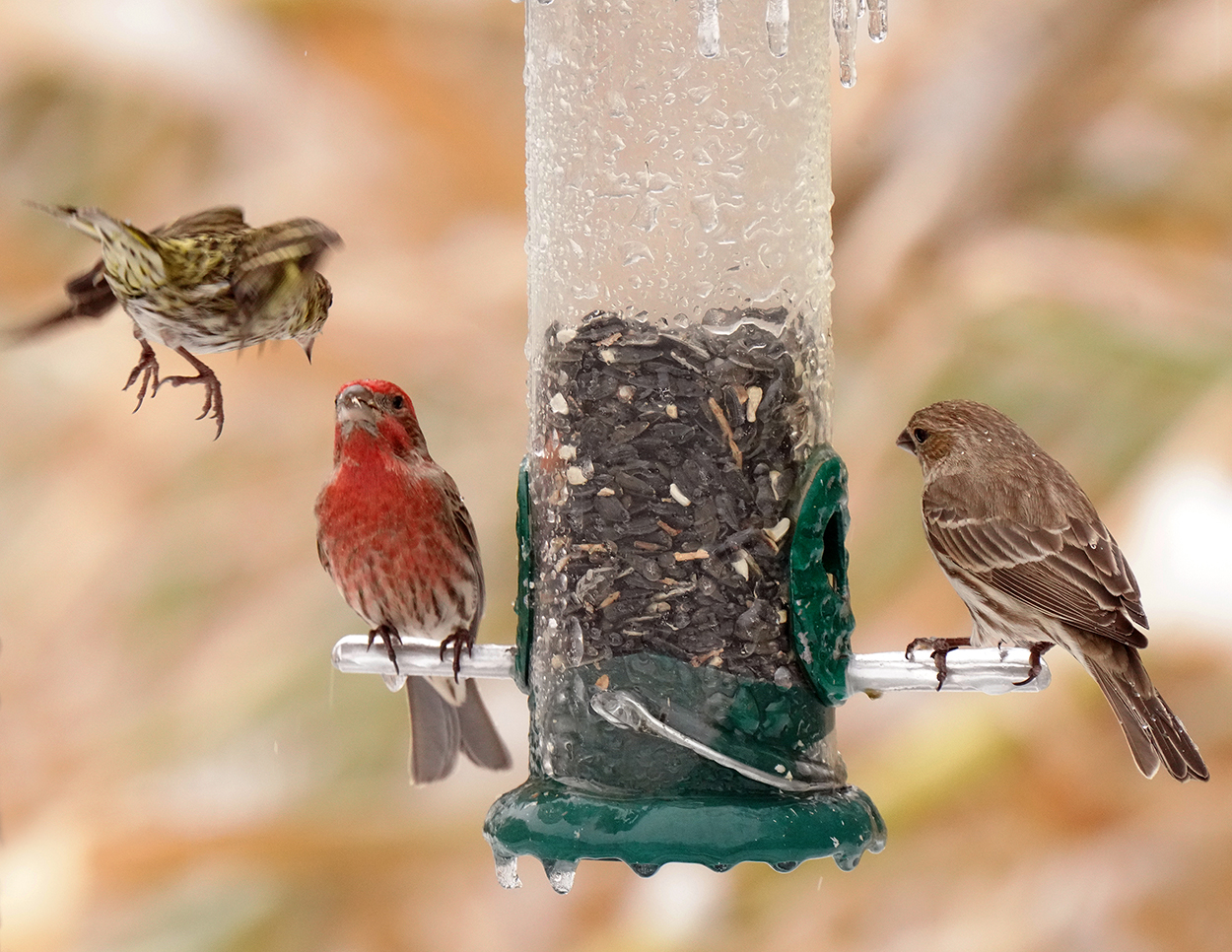 A male purple finch (Haemorhous purpureus) wonders what happened to the nice weather. 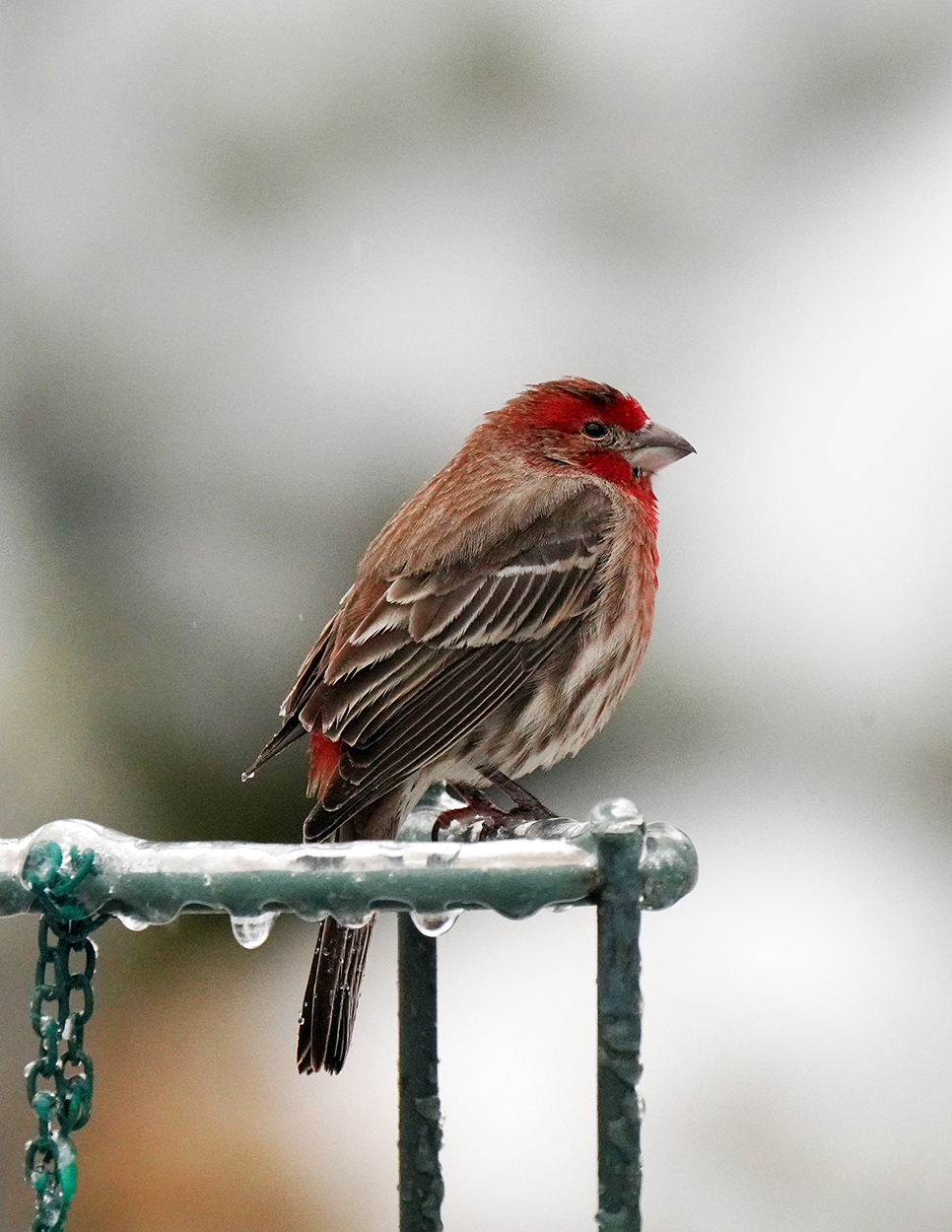 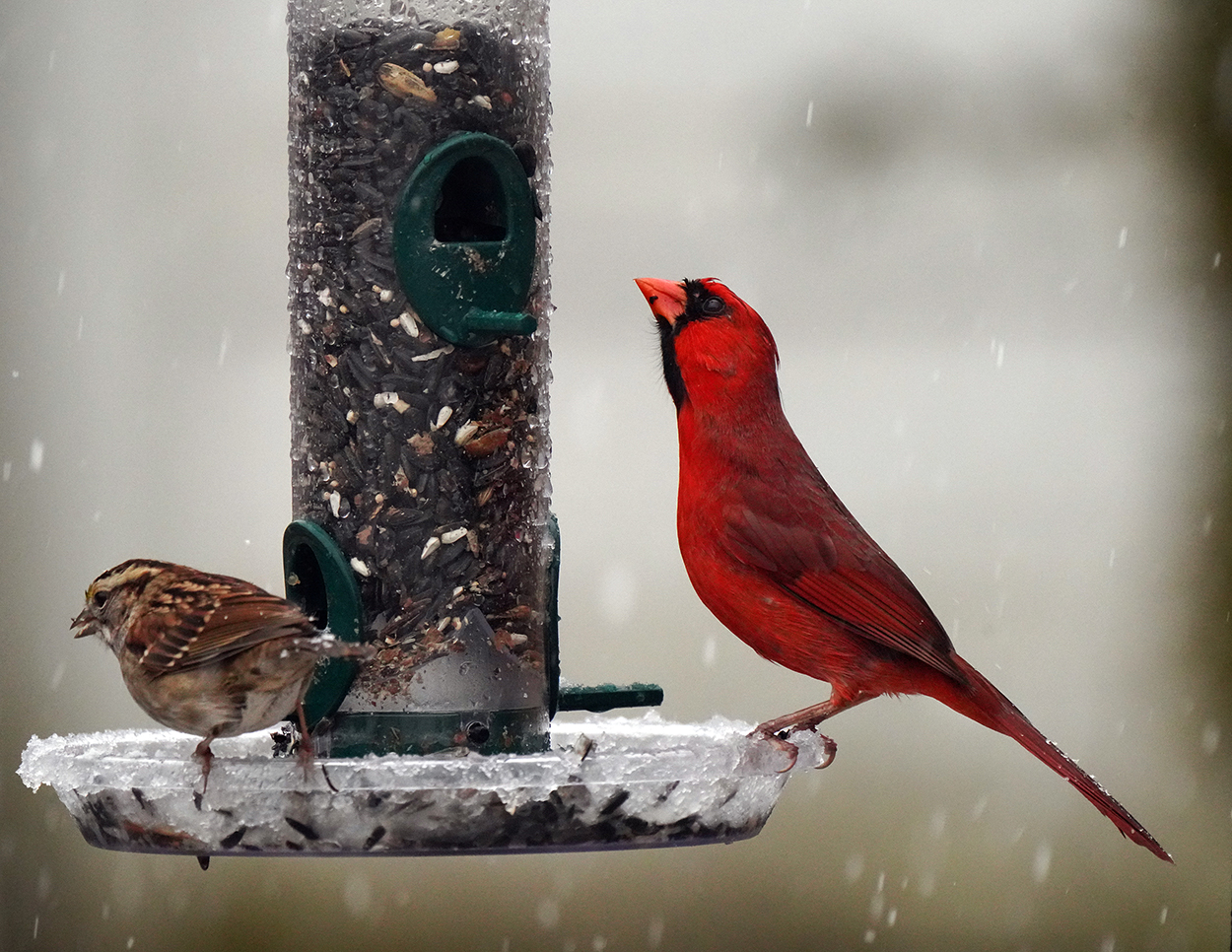 A pair of purple finches and a white-throated sparrow. 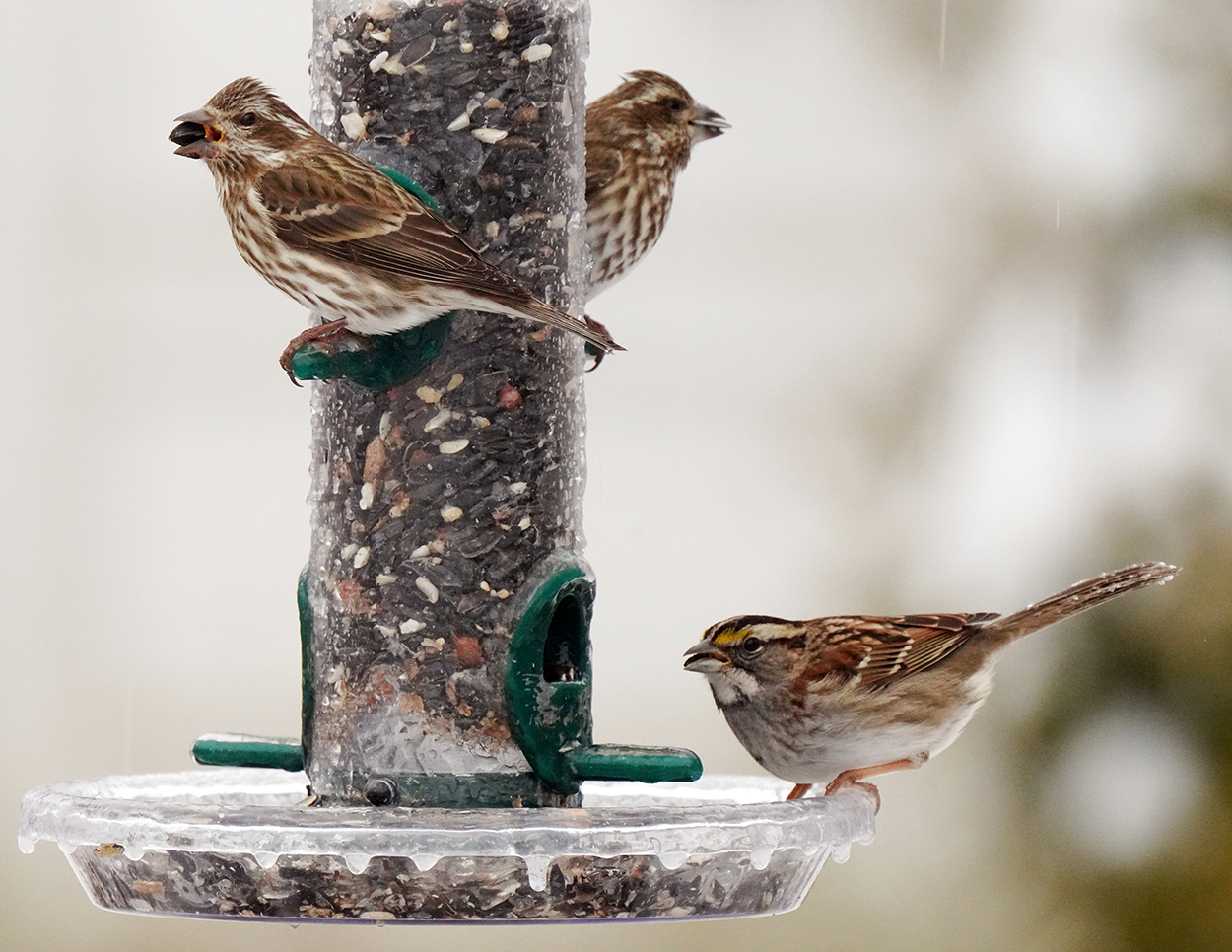 A white throated sparrow at the suet feeder. 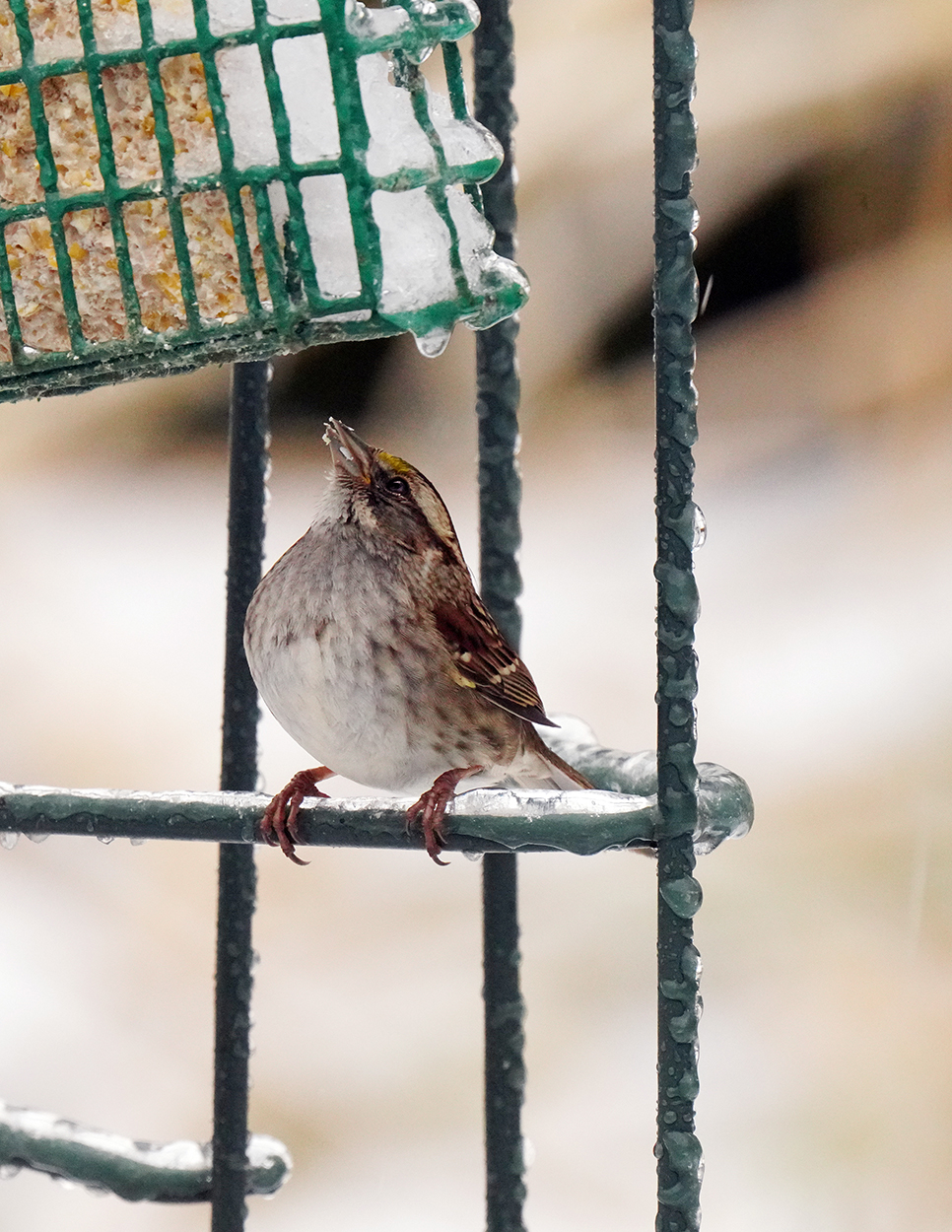 Naturally, the eastern gray squirrels (Sciurus carolinensis) would show up. This one made himself at home and stuffed his face for almost an hour. 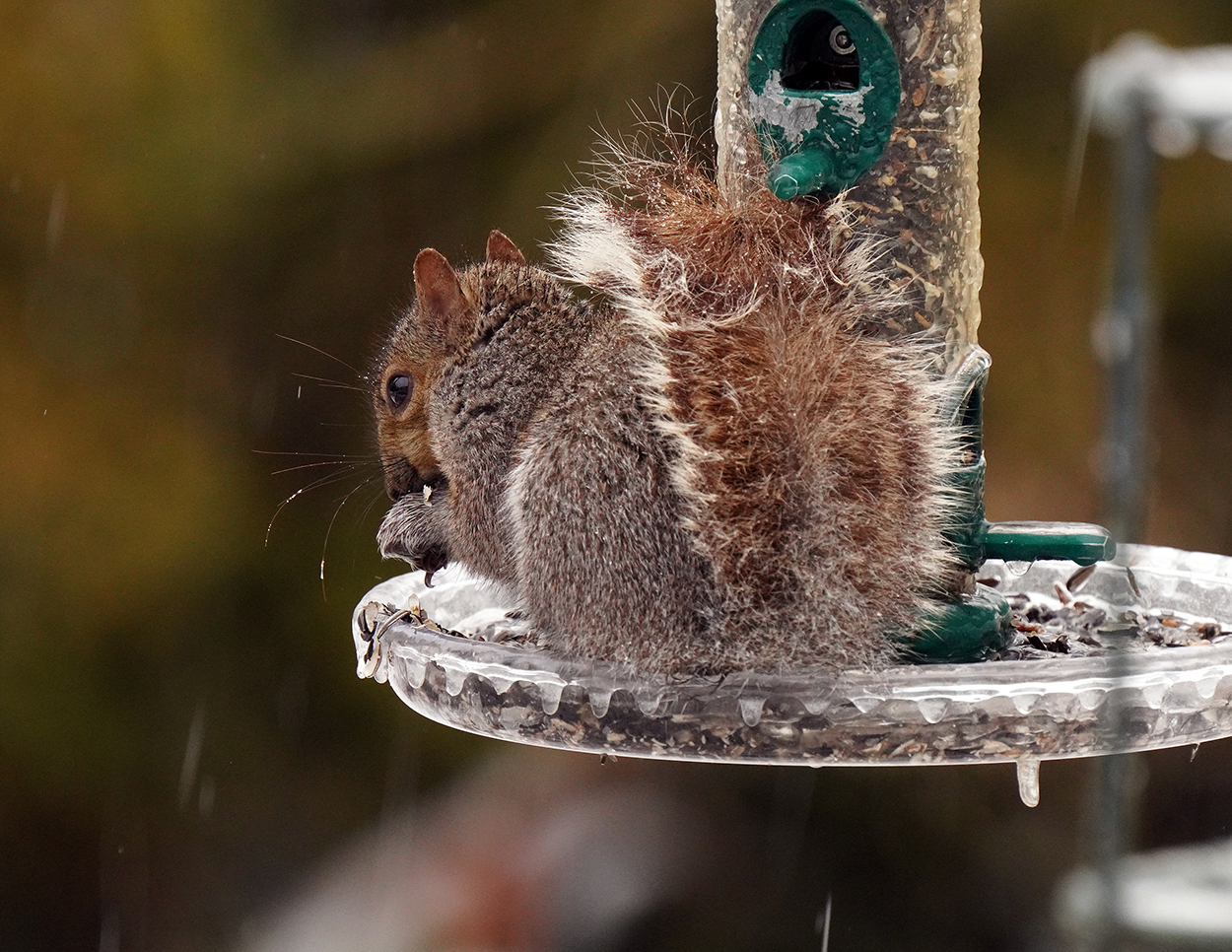