Today we have travel photos from Joe Dickinson. Joe’s captions are indented, and you can enlarge the photos by clicking on them.

This is a well-known pub in Edinburgh called Bobby’s Bar, named, I believe, for the faithful dog of a regular patron.Bobby reportedly hung out by the pub for months after his owner died.

JAC: I went to this pub fairly often when I did my sabbatical in Edinburgh. This is also the only pub where I found the wonderful Fraoch Heather Ale (made with heather flowers) on tap. 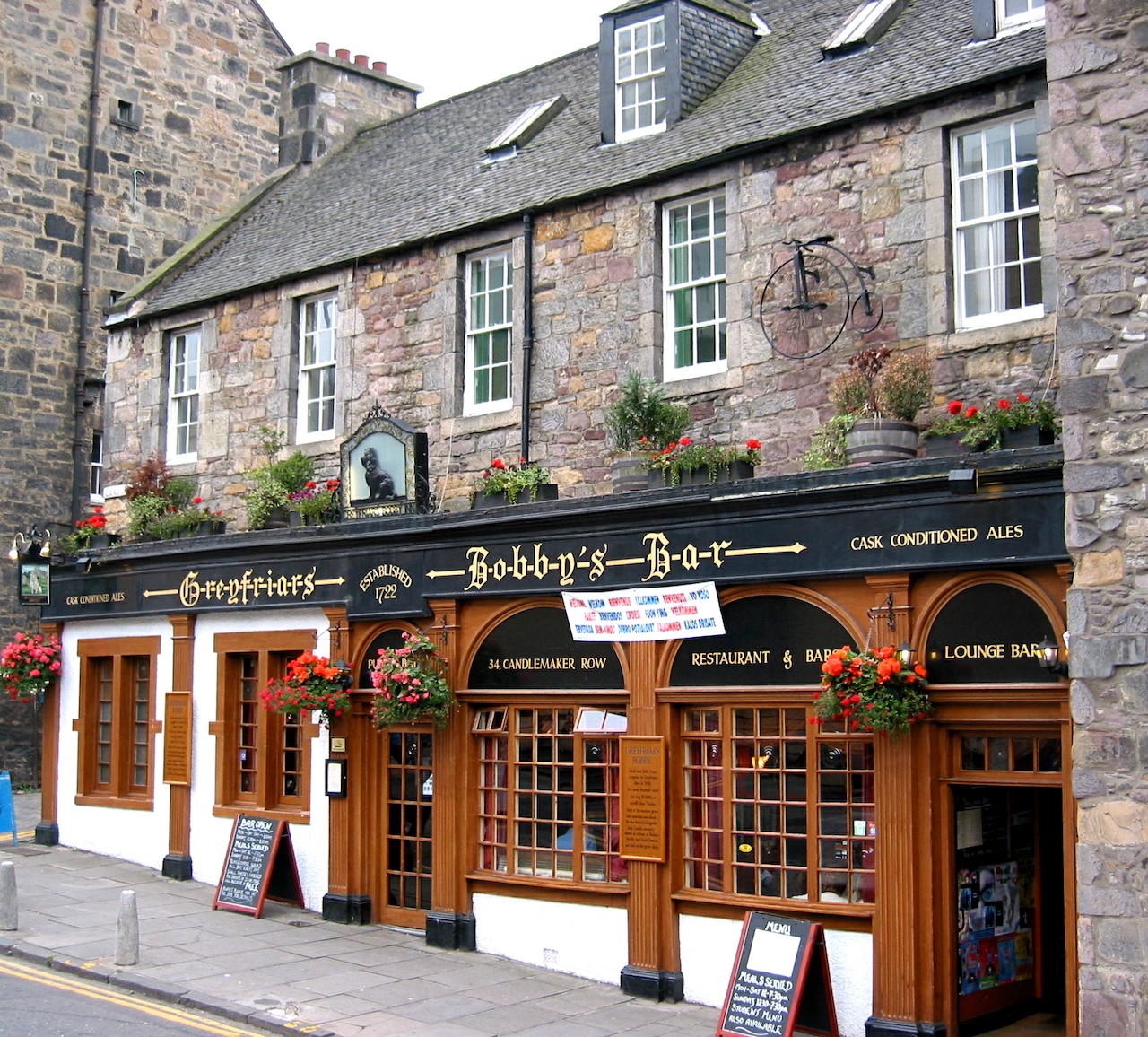 You will recognize this as a famous site in Chicago, the skating rink at Millennium Park with the “bean” in the background. 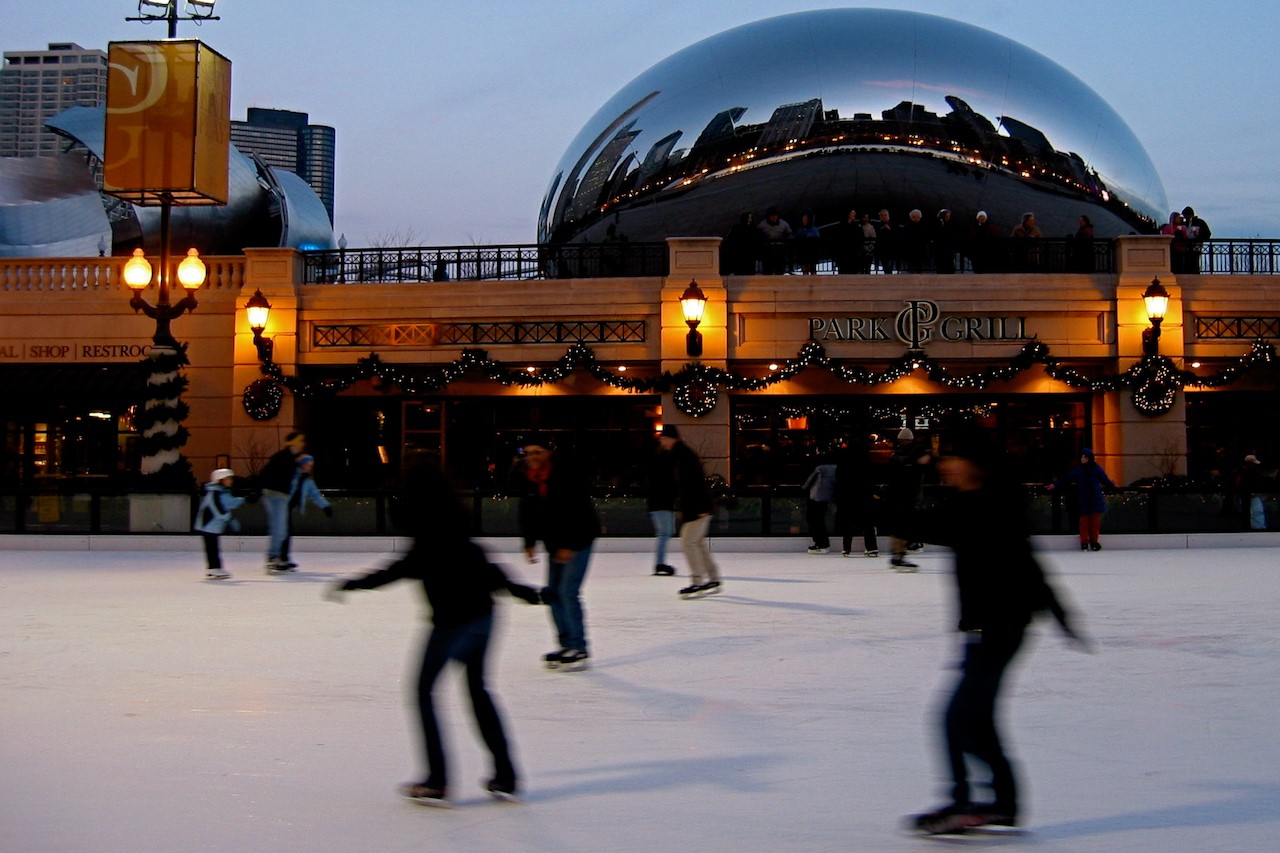 This is a view of the people lined up to take the elevator up the Eiffel Tower seen, I believe, from the first platform. 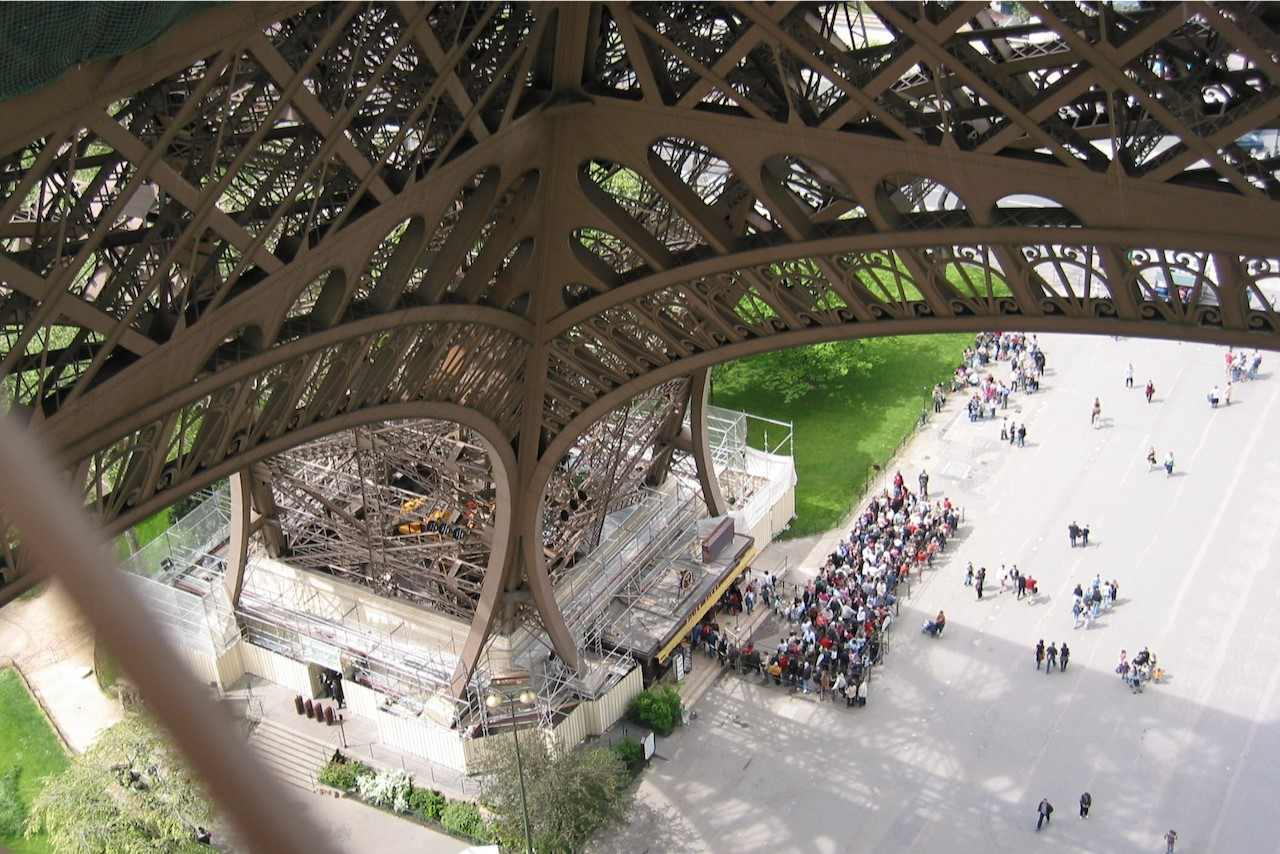 A refreshment stand in Lhasa, Tibet.  The fellow second from the right is multitasking by spinning a prayer wheel. 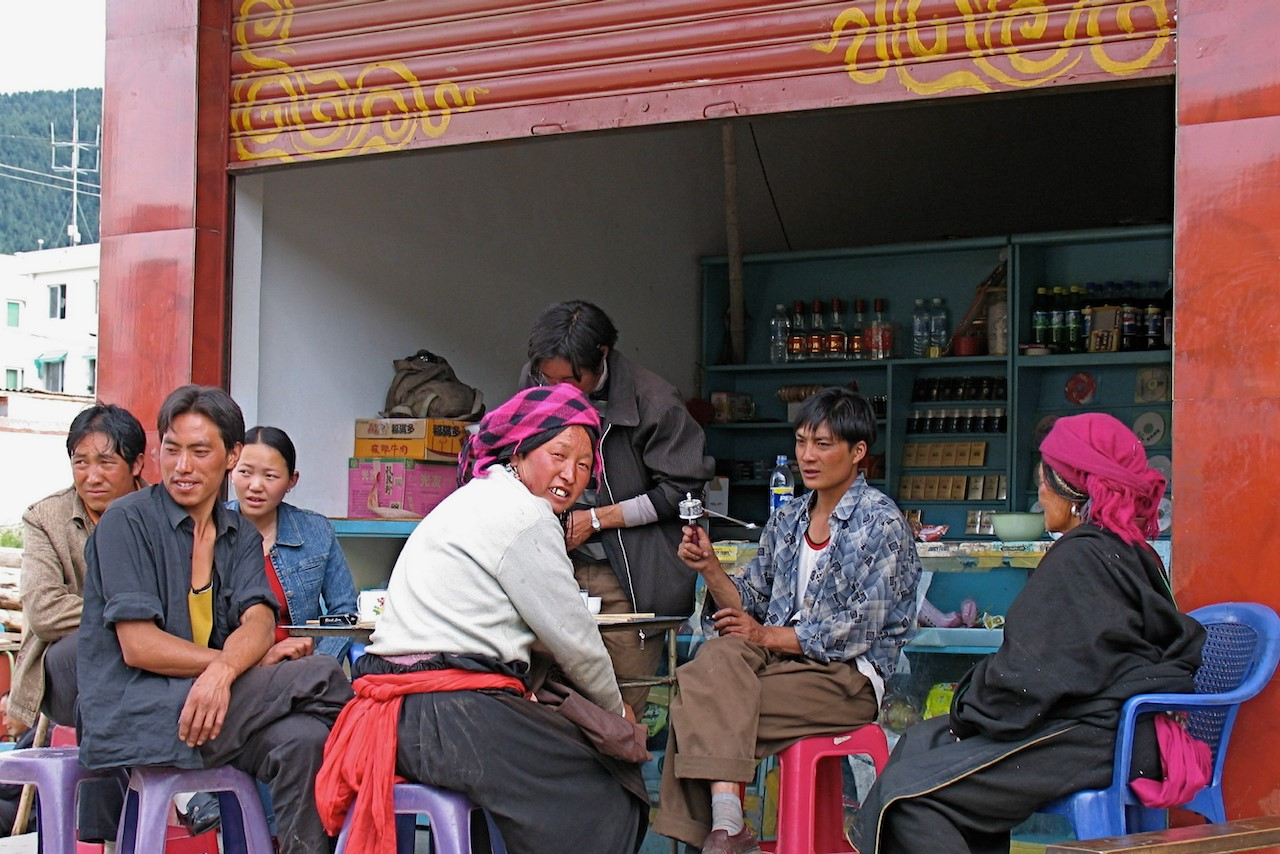 Also in Tibet, an industrial size prayer wheel installation allows highly efficient prayer while on the way, for example, to market.  Just hold your right hand at about shoulder height and give each cylinder (hexagon?) a twirl as you go by. 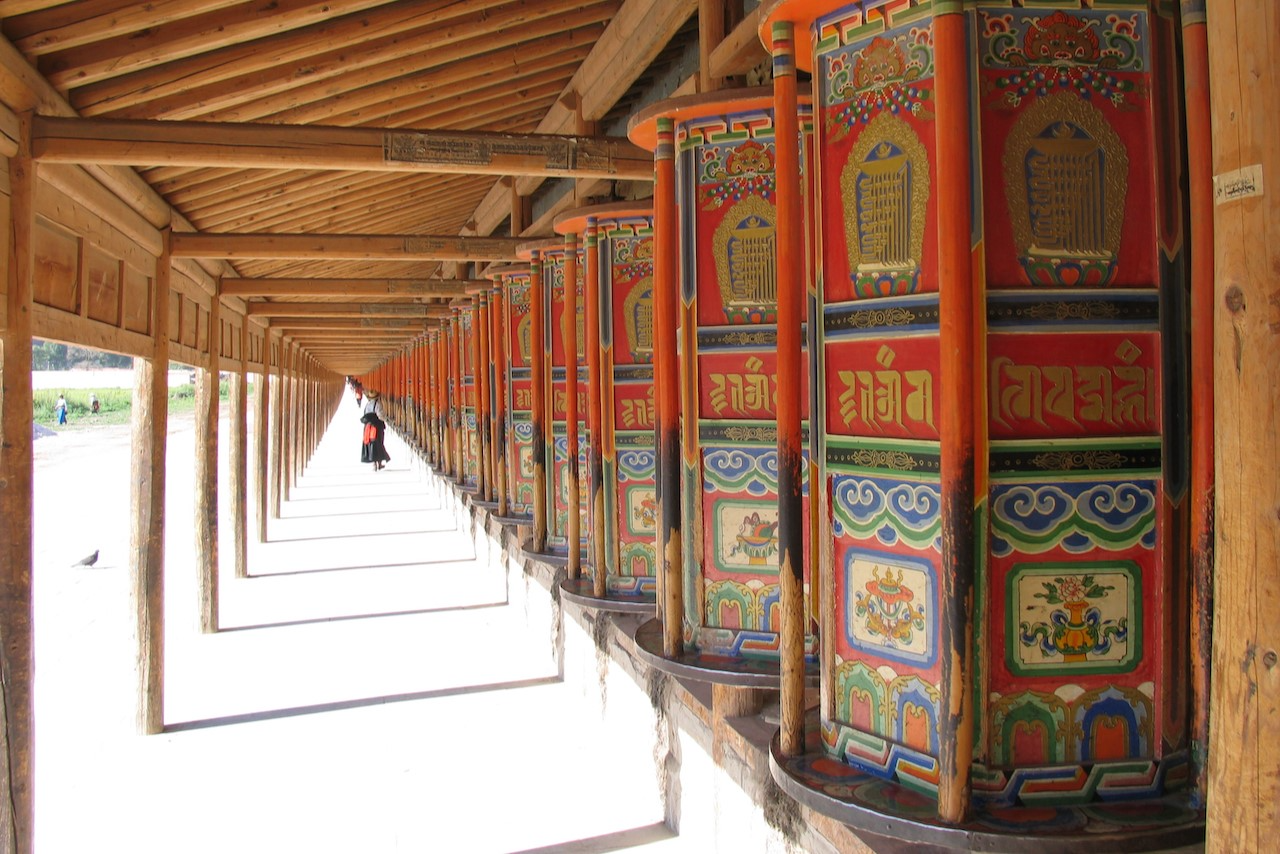 Still in Tibet, this is the Jokhang Temple, sort of the mother church for Tibetan Buddhism.  The idea is to process around the temple complex.  The common theme here and preceding is that prayers are activated when set in motion.  Two of my prized possessions are a prayer wheel and an elaborately decorated conch shell “trumpet” obtained in the gift shop at that temple.  Think about how, historically, conch shells made it to Tibet and you can understand why they were valued.  Similarly, we saw women at some festival proudly wearing large beads fashioned from coral. 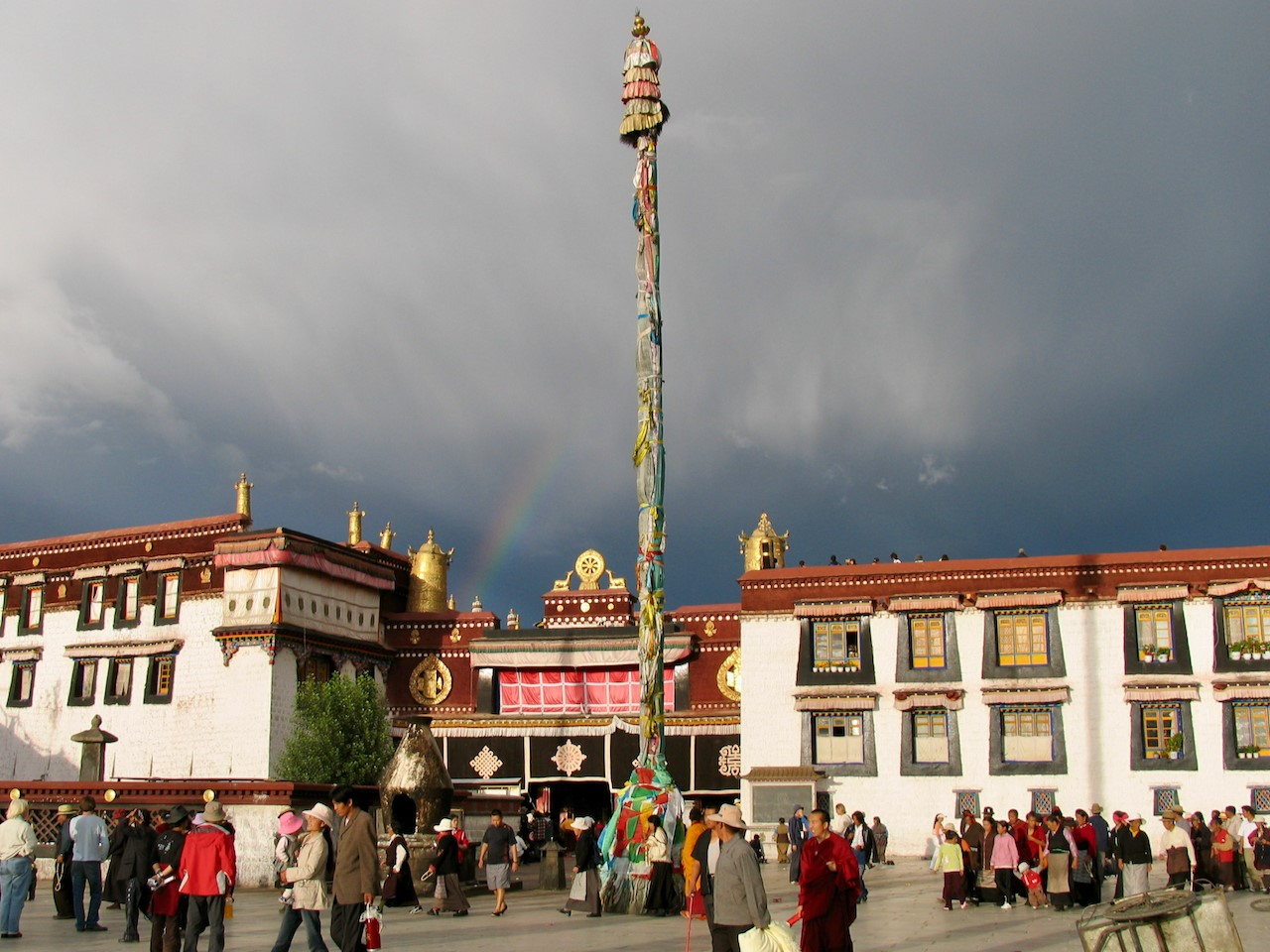 This is the gate to a little cottage that we rented a couple of times when attending the Indian Market and the Opera in Santa Fe.  Conveniently, those two events overlap. 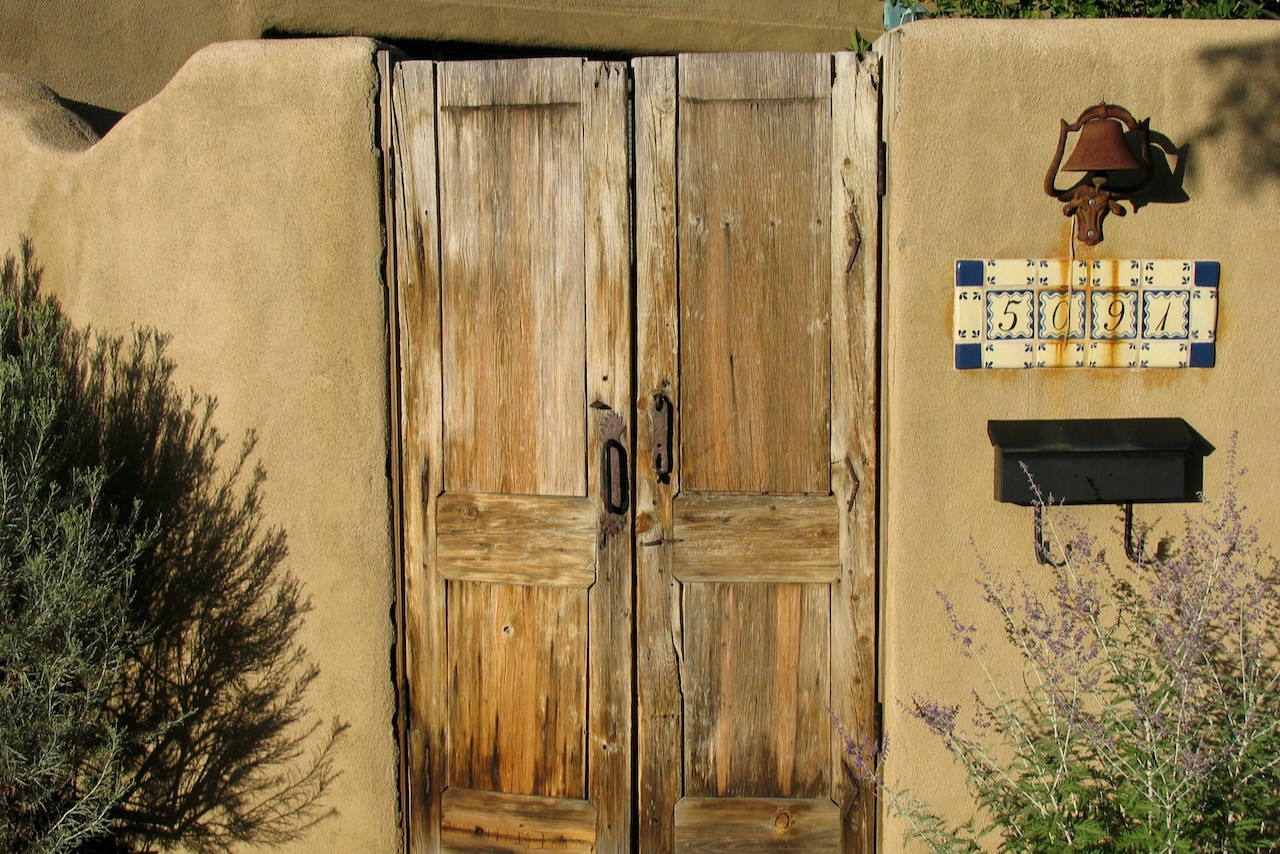 These next two are the Ponte Vecchio in Florence, one at sunset and the other at night. 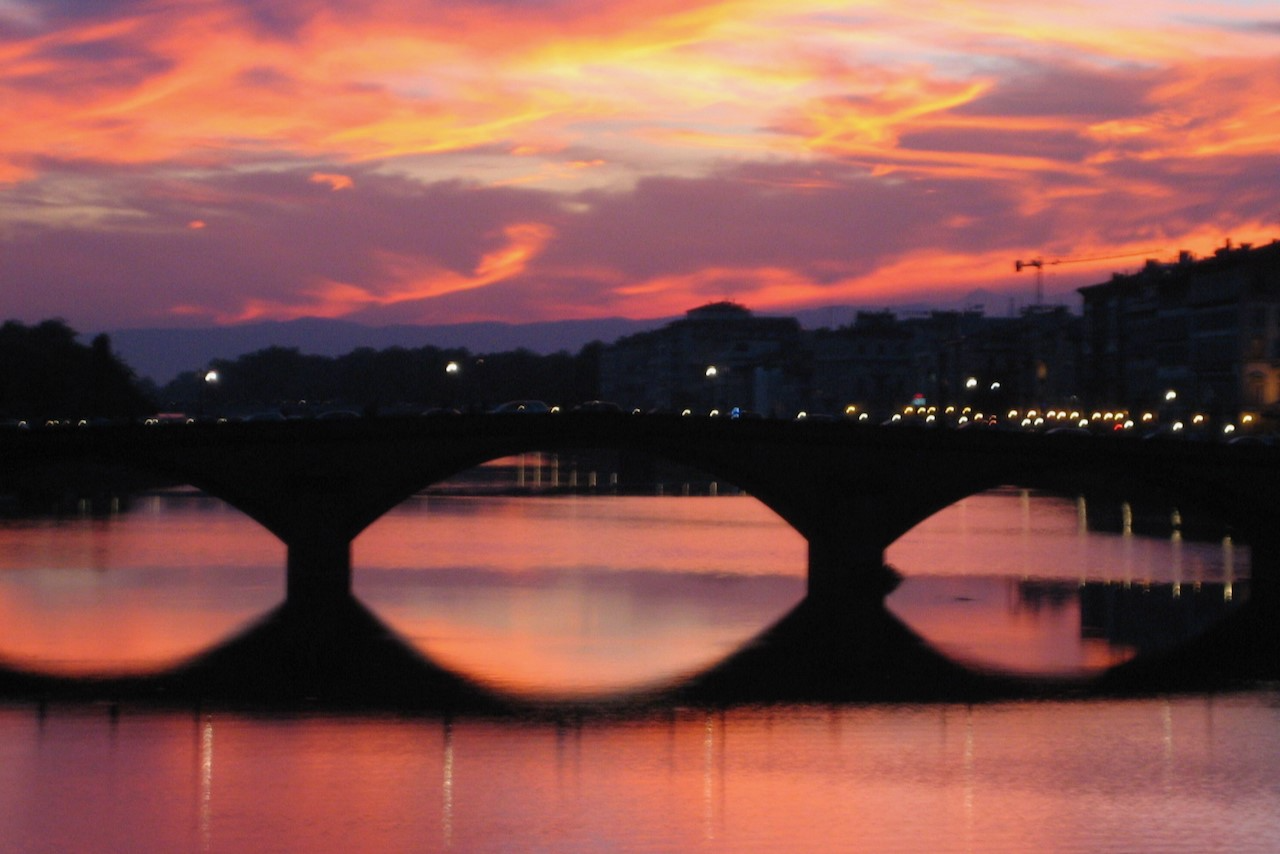 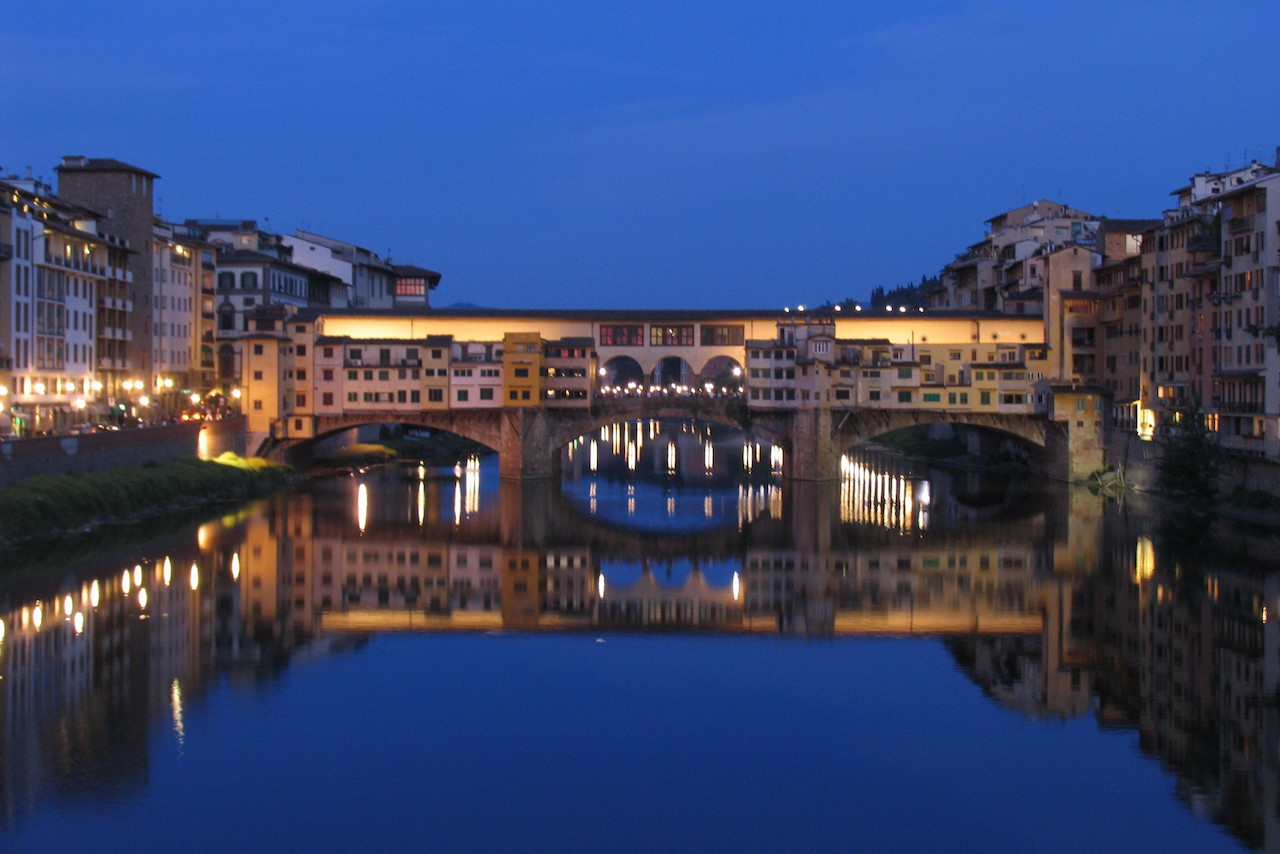 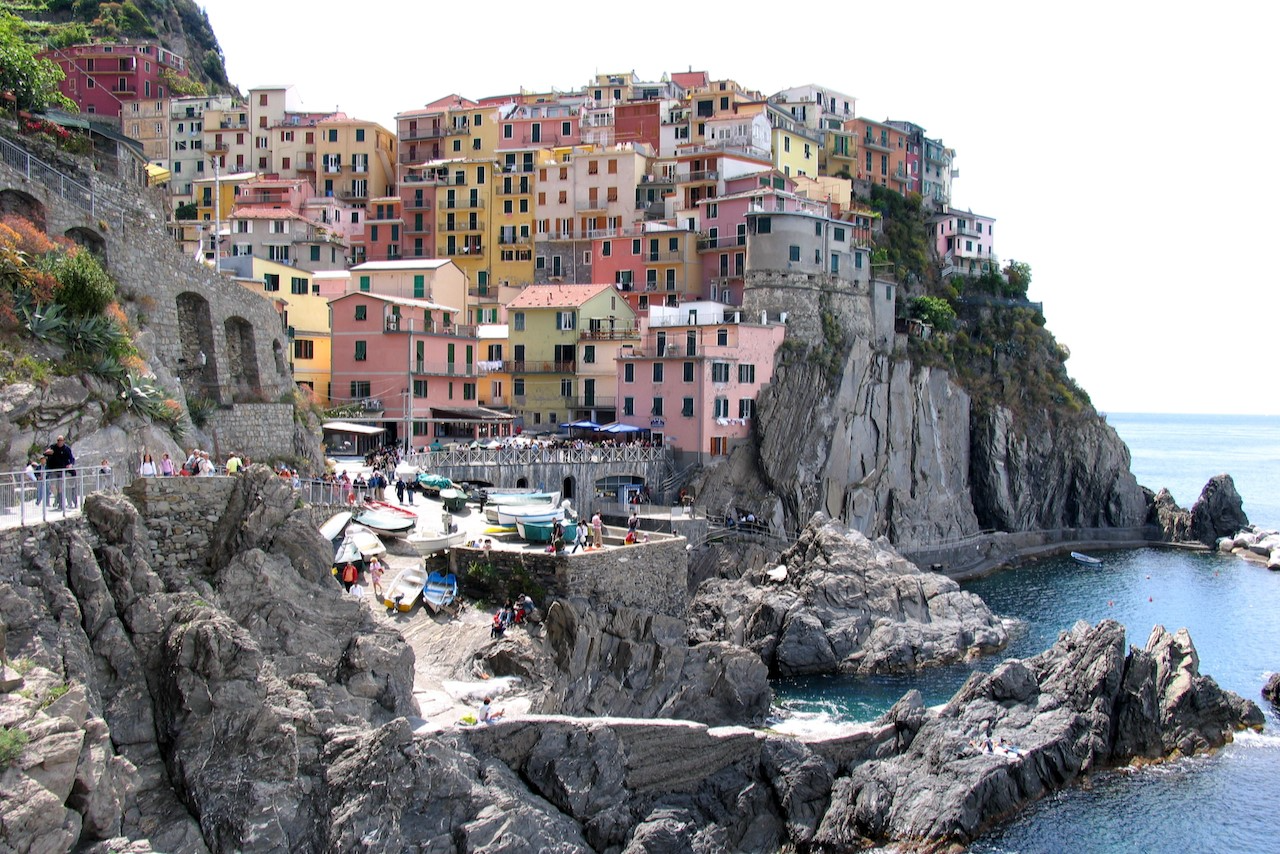 This is the front of the Pantheon in Rome. Generally, I avoid getting strangers in photos of historic or scenic views, but I think this young couple adds some interest. 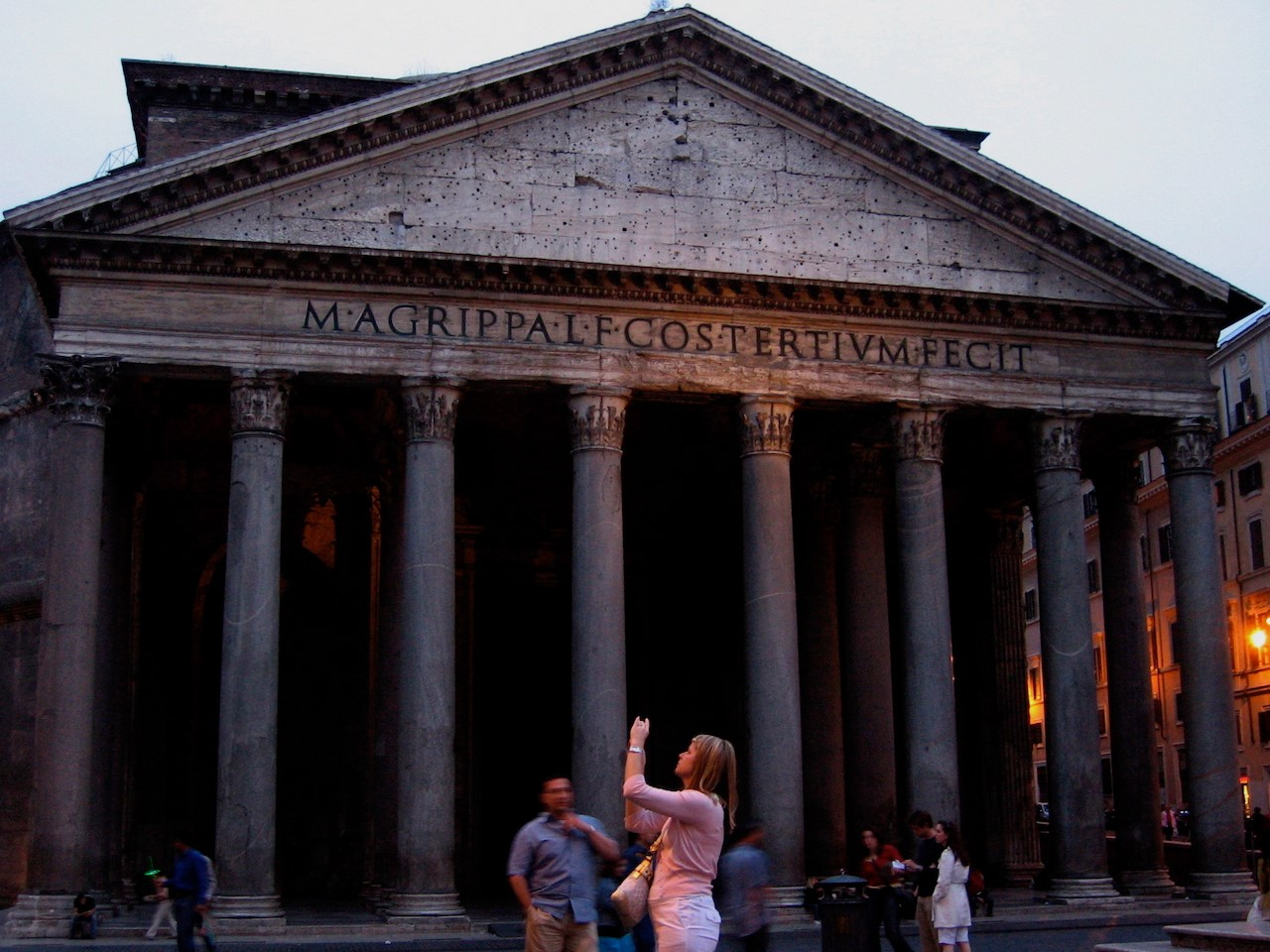 This is Volendam in the Netherlands.  Again, the children playing in a boat adds some human interest. 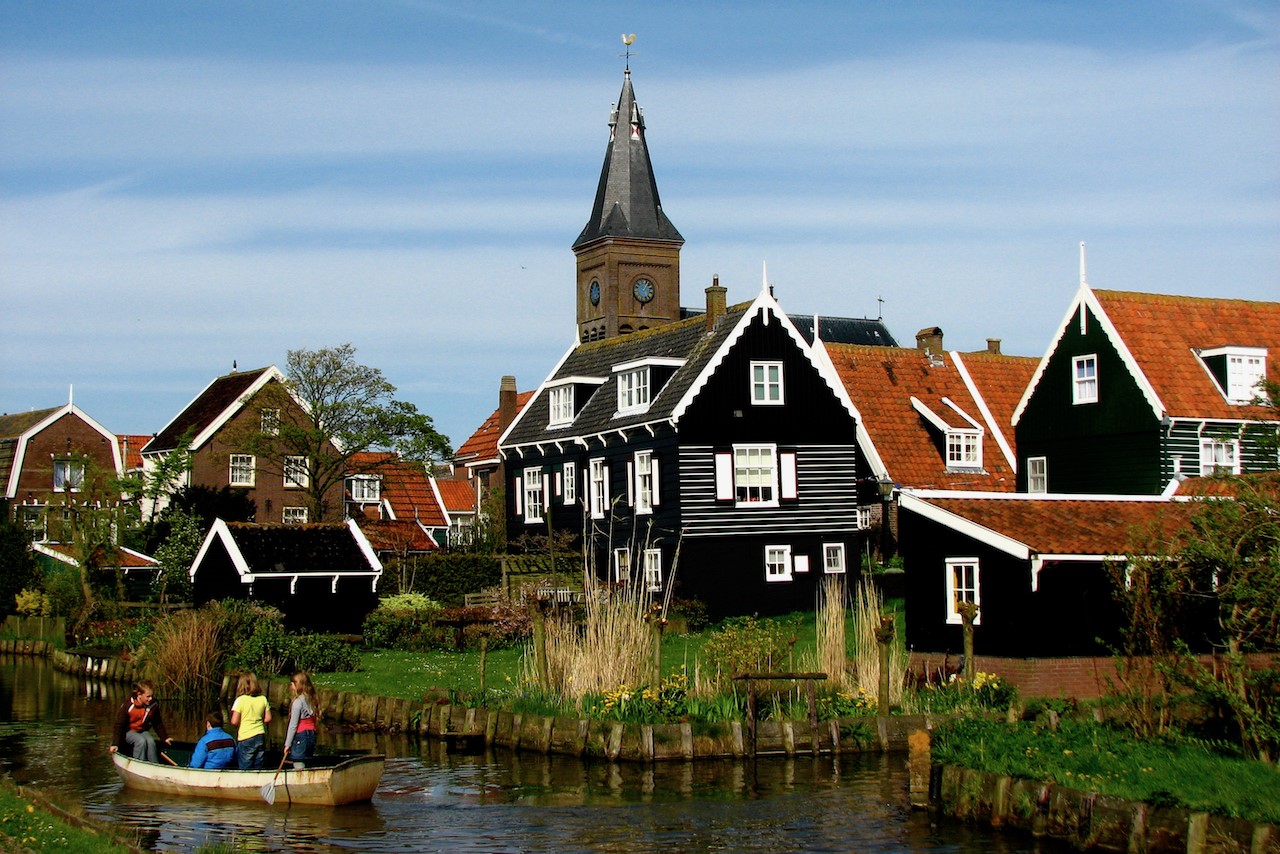