Frisky, the Botany Pond male wood duck (Aix sponsa), is still with us, though other woodies come and go. Frisky is pretty much in his full breeding plumage now, and he’s a sight to behold! These photos were taken yesterday and today. 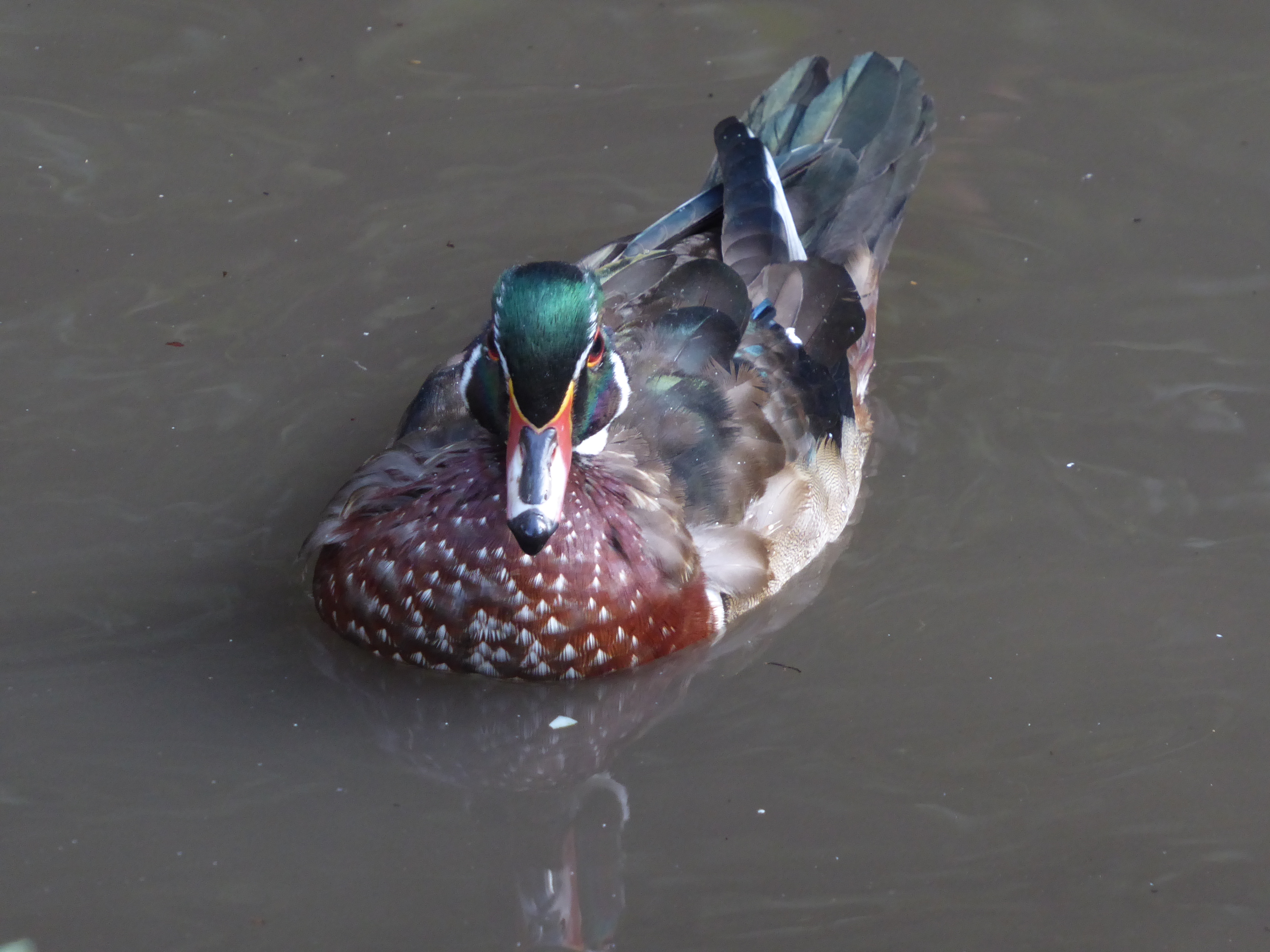 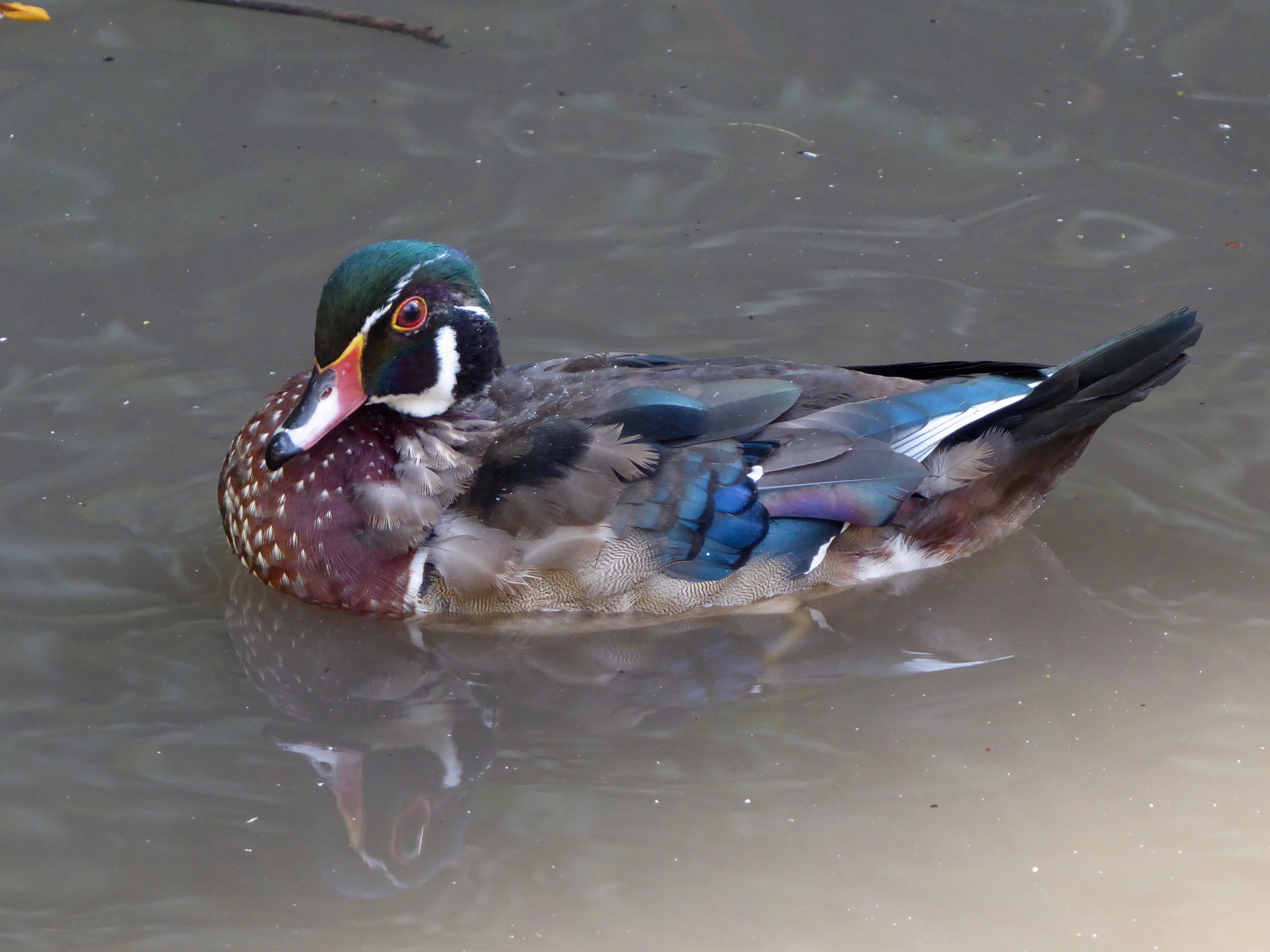 Frisky has put on some weight since he arrived, but that’s good. He needs it for winter or for migration. (The woodies sometimes stay north, but they won’t stay here, for the pond will freeze and I’ll stop feeding the ducks soon.) 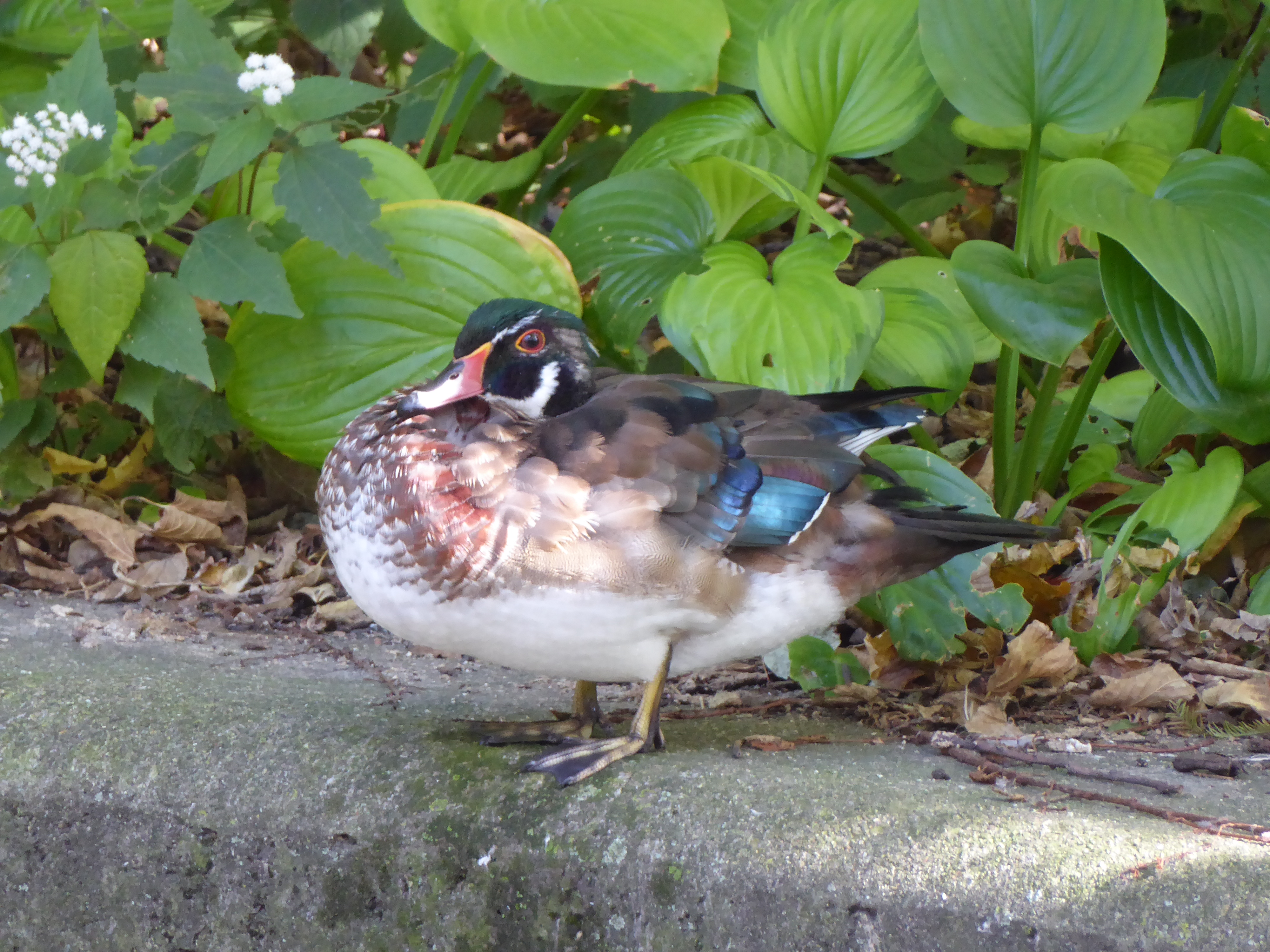 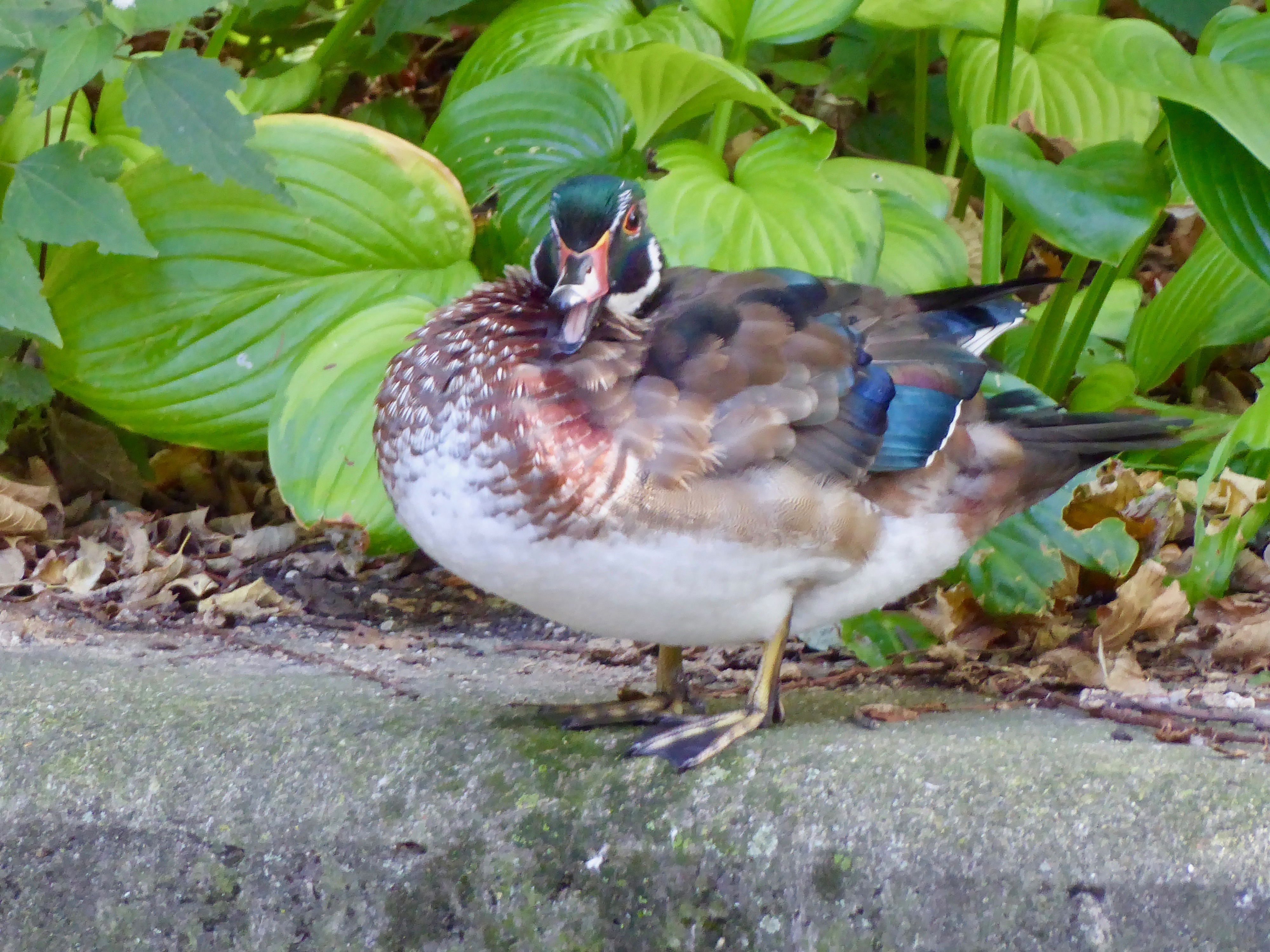 They’re called wood ducks because they perch (and nest) in trees. Frisky likes the feel of wood under his feet, and so perches on the cypress knees: 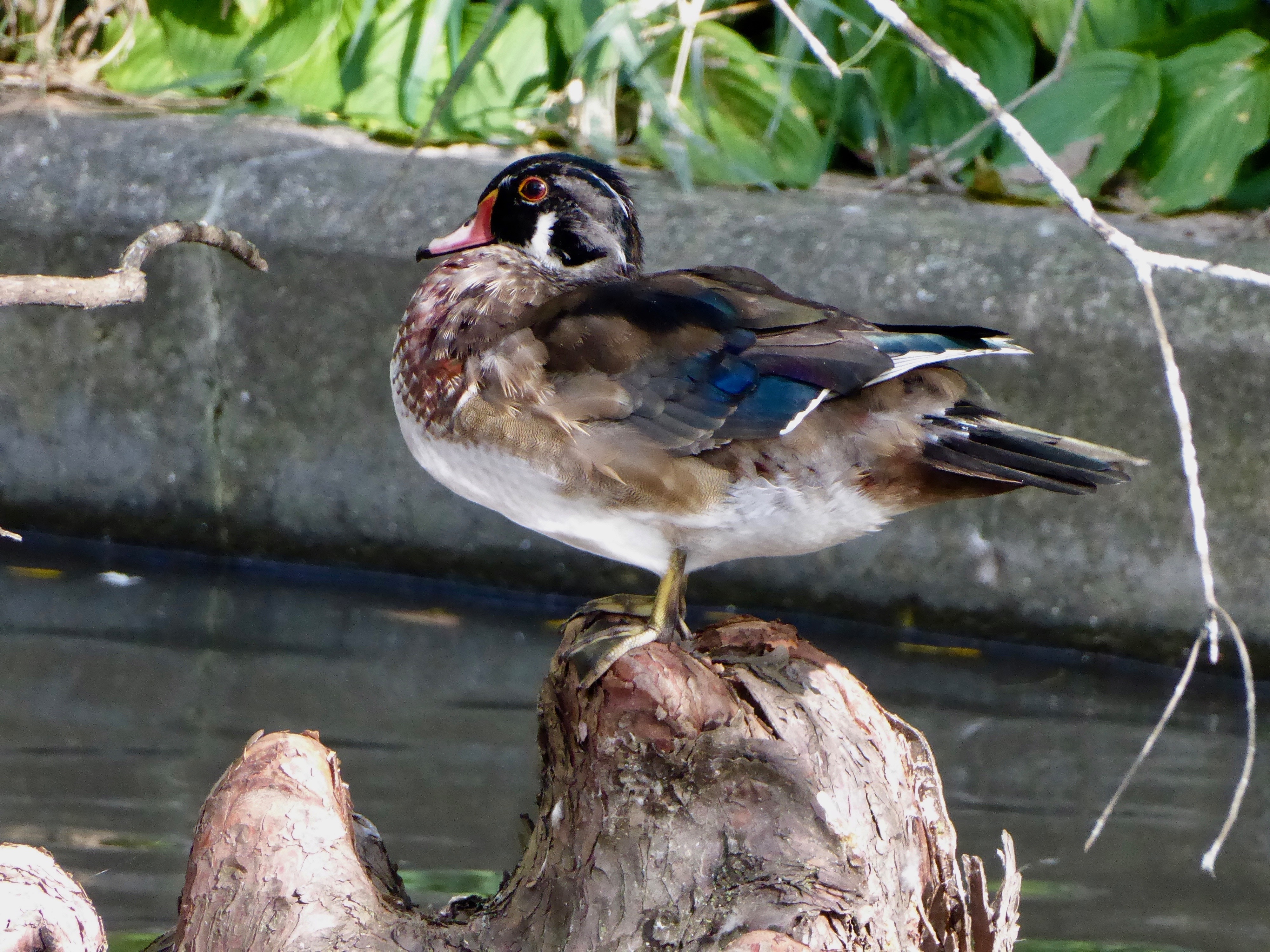 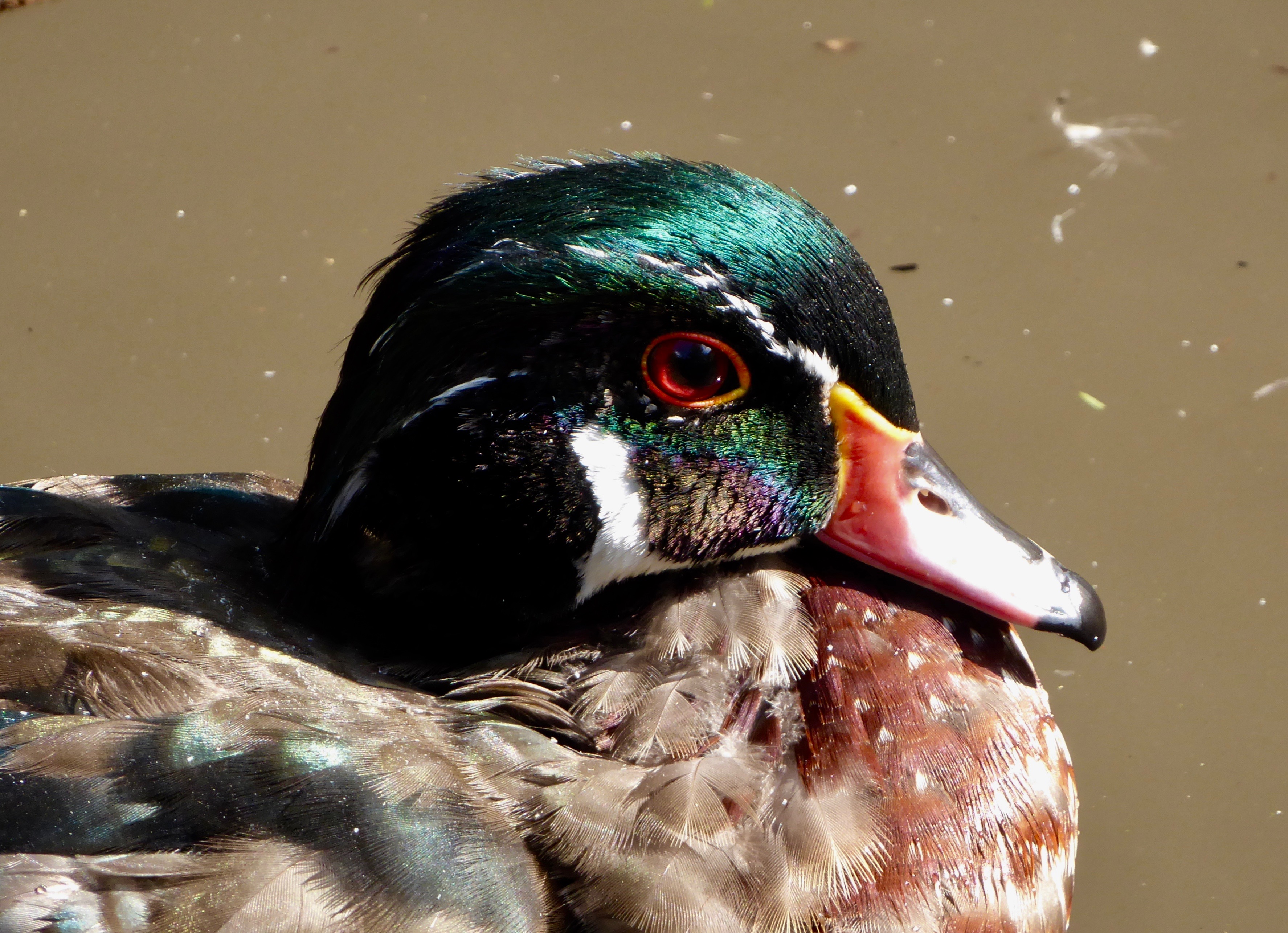 And Honey is still here. She’s found herself a new boyfriend, the biggest and handsomest drake in the pond. He’s called Leviathan because of his size: 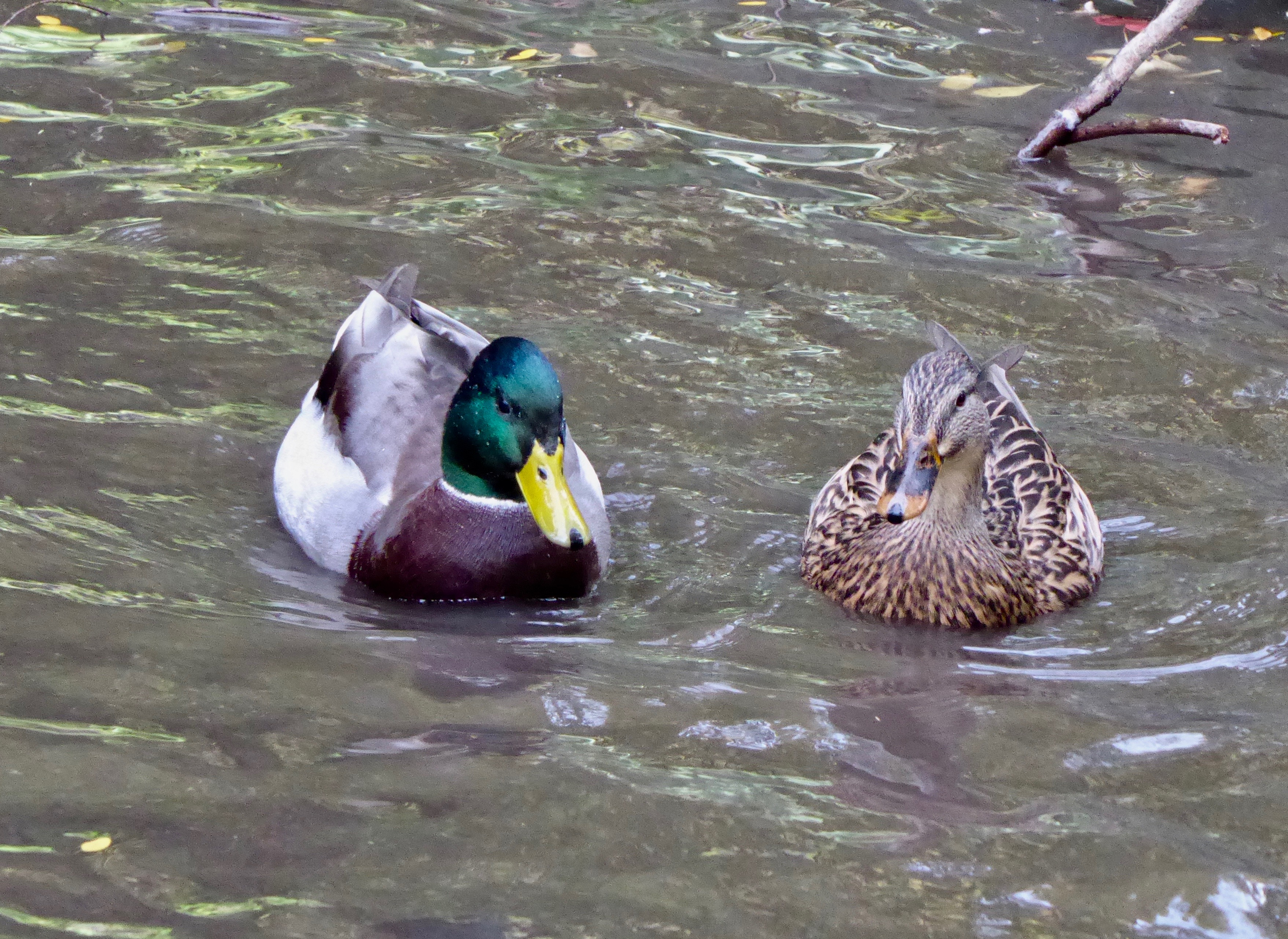 15 thoughts on “Monday ducks: The glory that is Frisky”