Honey is still here, along with Dorothy and her six babies—as well as a buttload of other ducks that I try to feed just enough to keep them away from the ducks we really want to feed.

We’ve learned to recognize some of the more unusual mallards.  I mentioned Salvador the other day—a mallard drake with a Dali-esque moustachio.  I’ve never seen a drake with black markings like these beside his bill, and they’re symmetrical. So here are some photos of this picturesque drake. (Another feature is that he has an image of a drake on his bill, as a reader pointed out.) 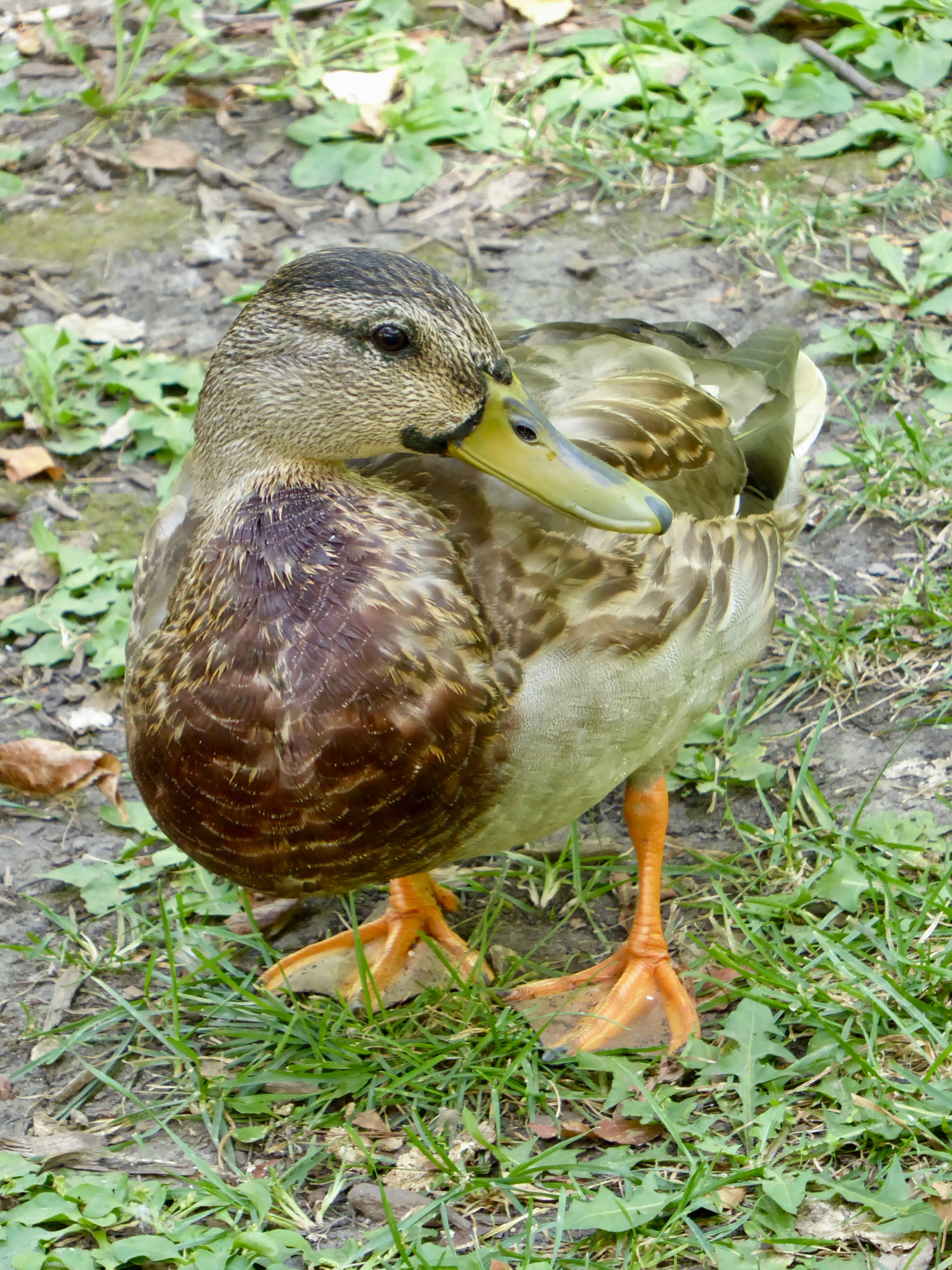 Left side. Note that the mustache is symmetrical: 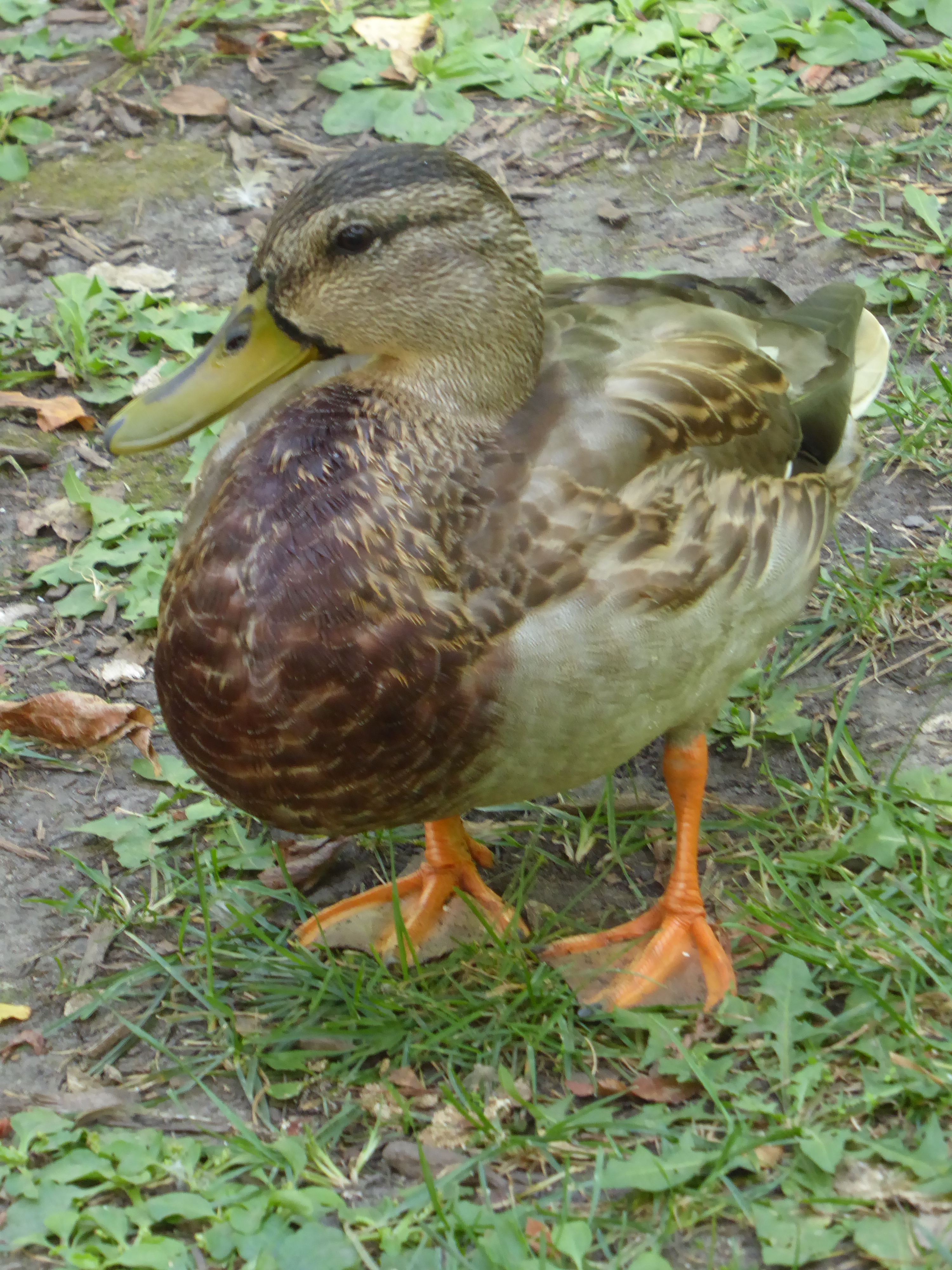 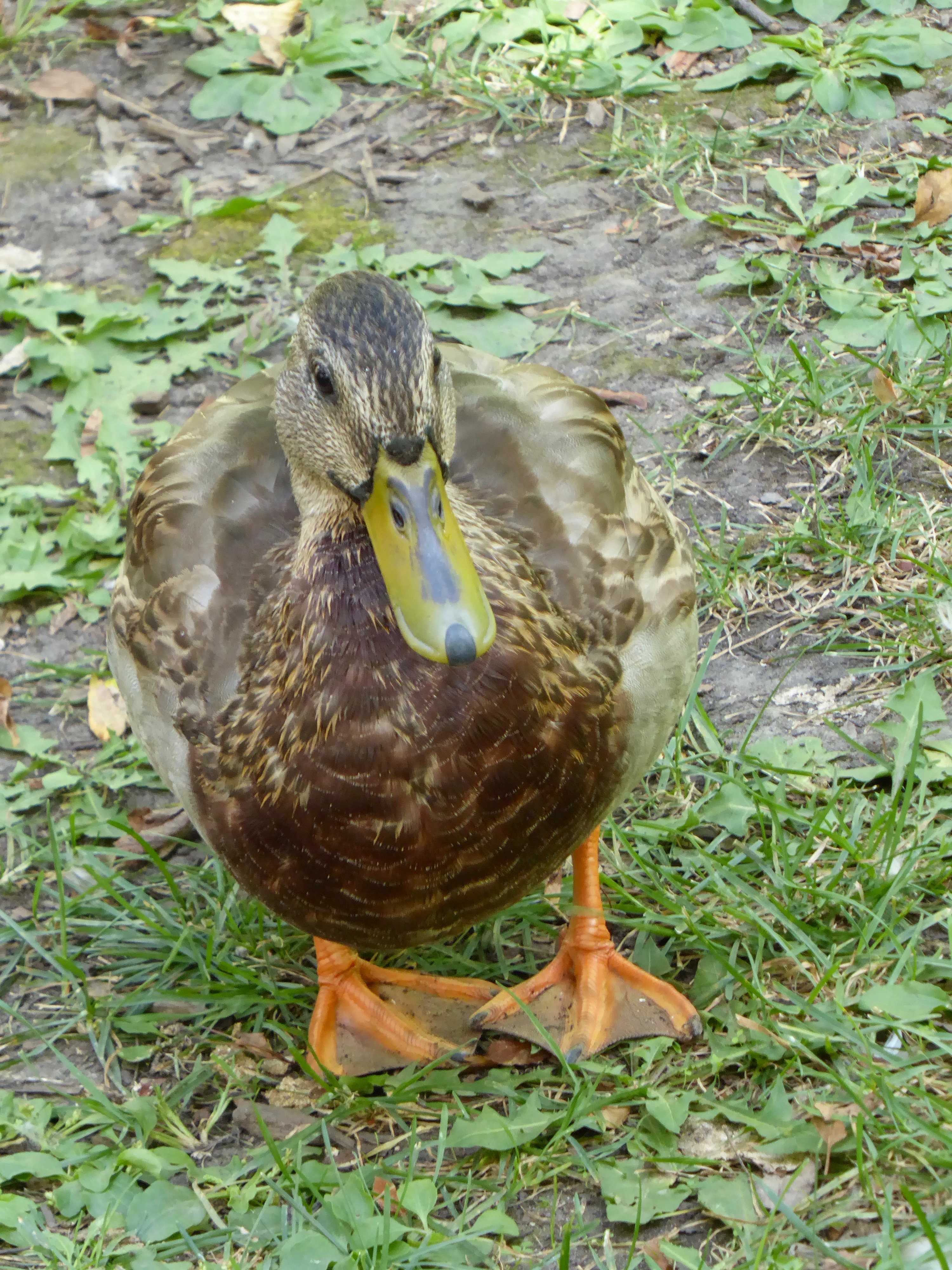 Front view showing miraculous image of himself on his bill: 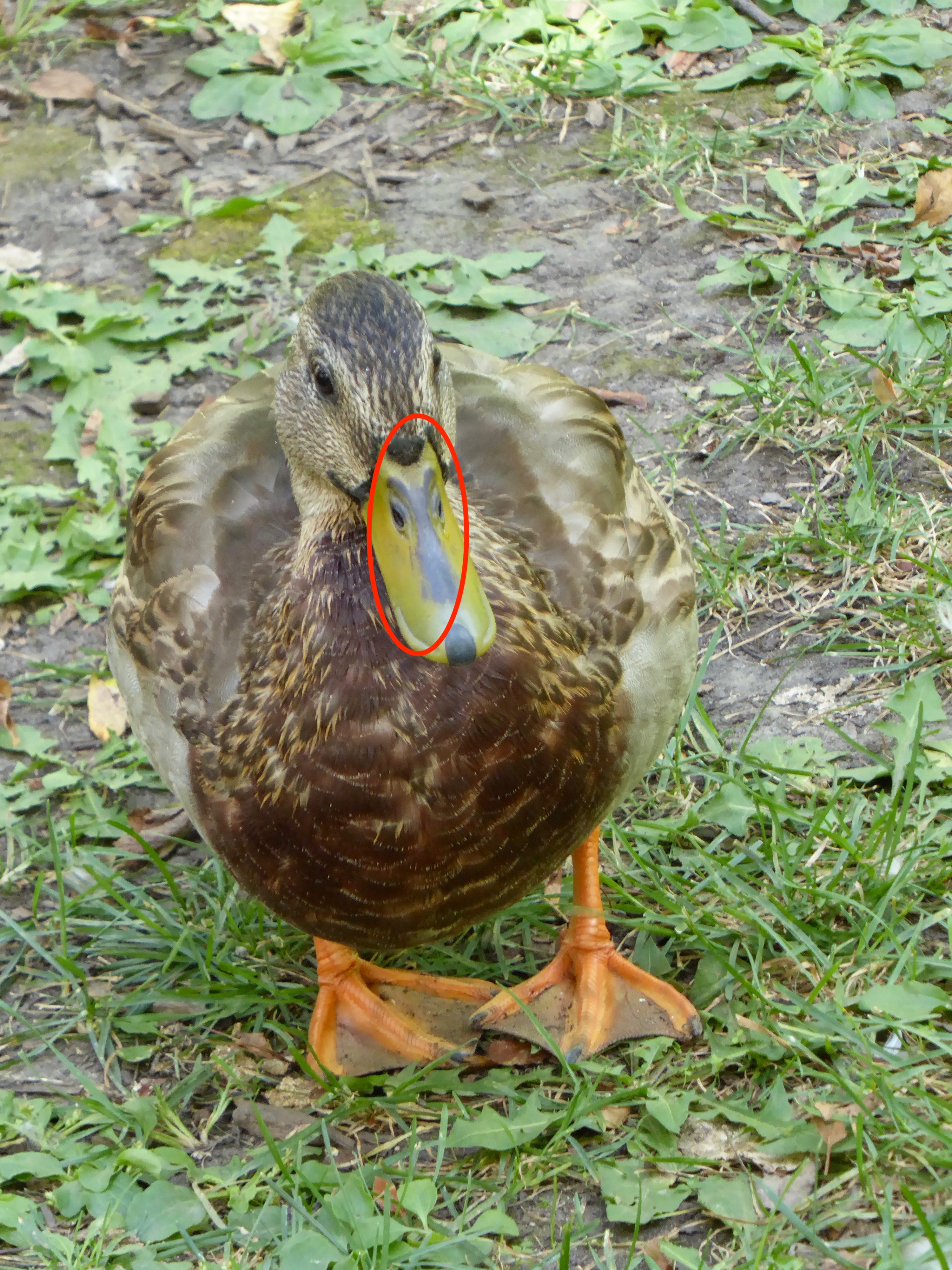 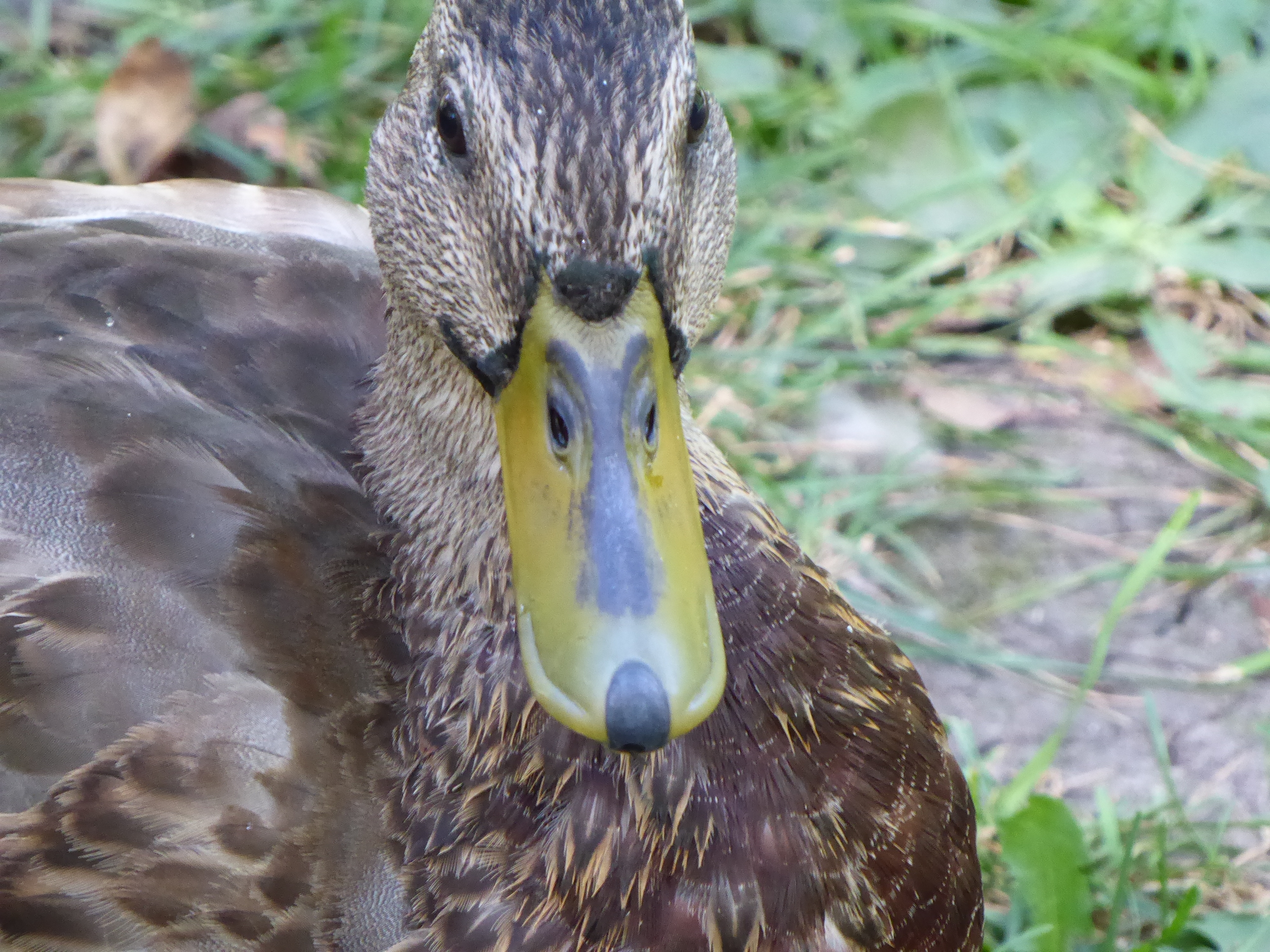 And here’s a 3.7-minute video of a drake preening himself. I find it strangely soothing, and it also shows you how meticulous they are. Part of grooming involves loading up their beak with oil from a gland at the base of their tail, which they then spread over all their feathers to waterproof them.