Biologist John Avise continues with his photo series of ducks found in North America. Your job is to guess the species. You’ll find the ID, John’s duck notes, and a range map below the fold. I hope you know this one! 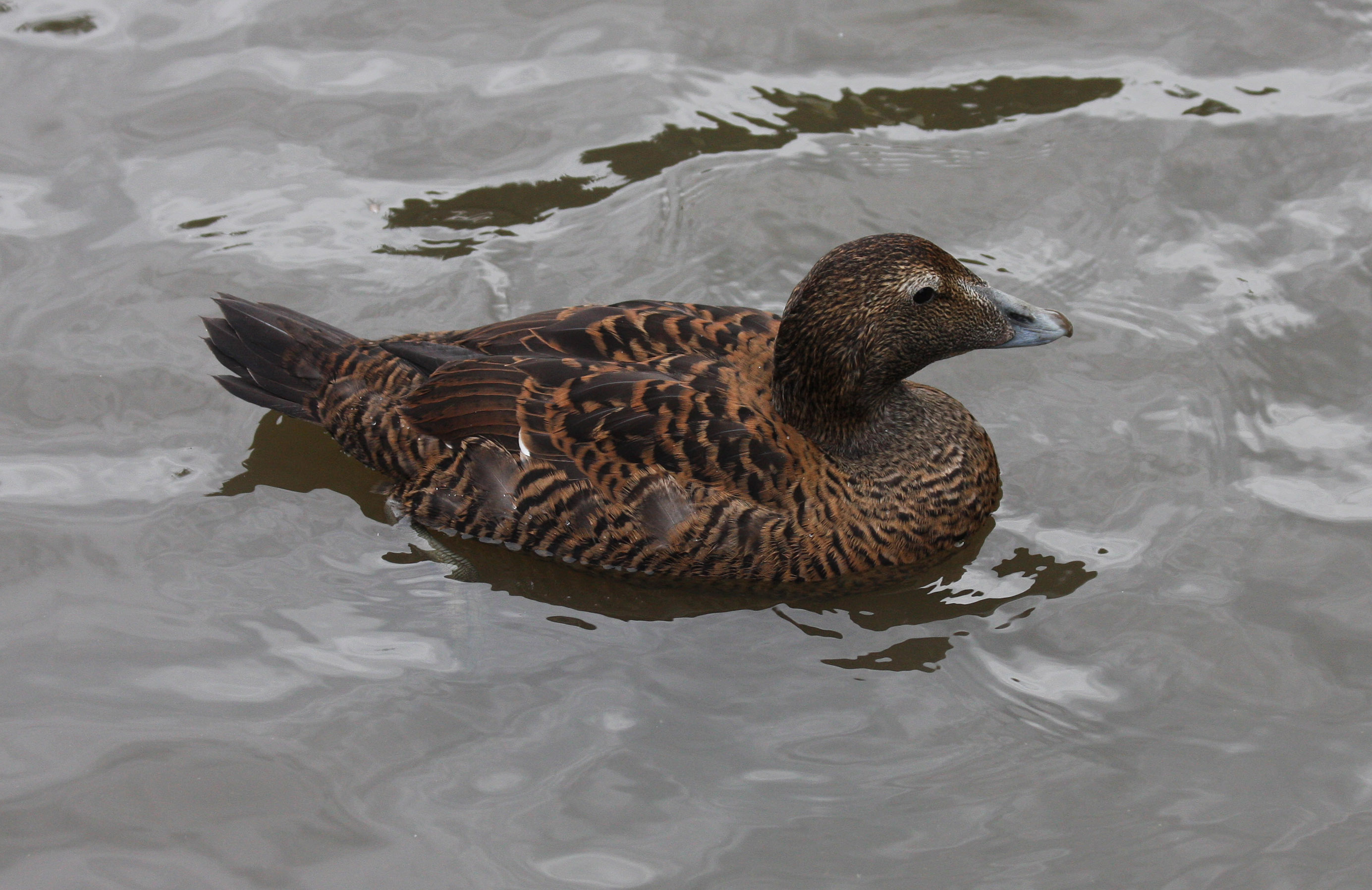 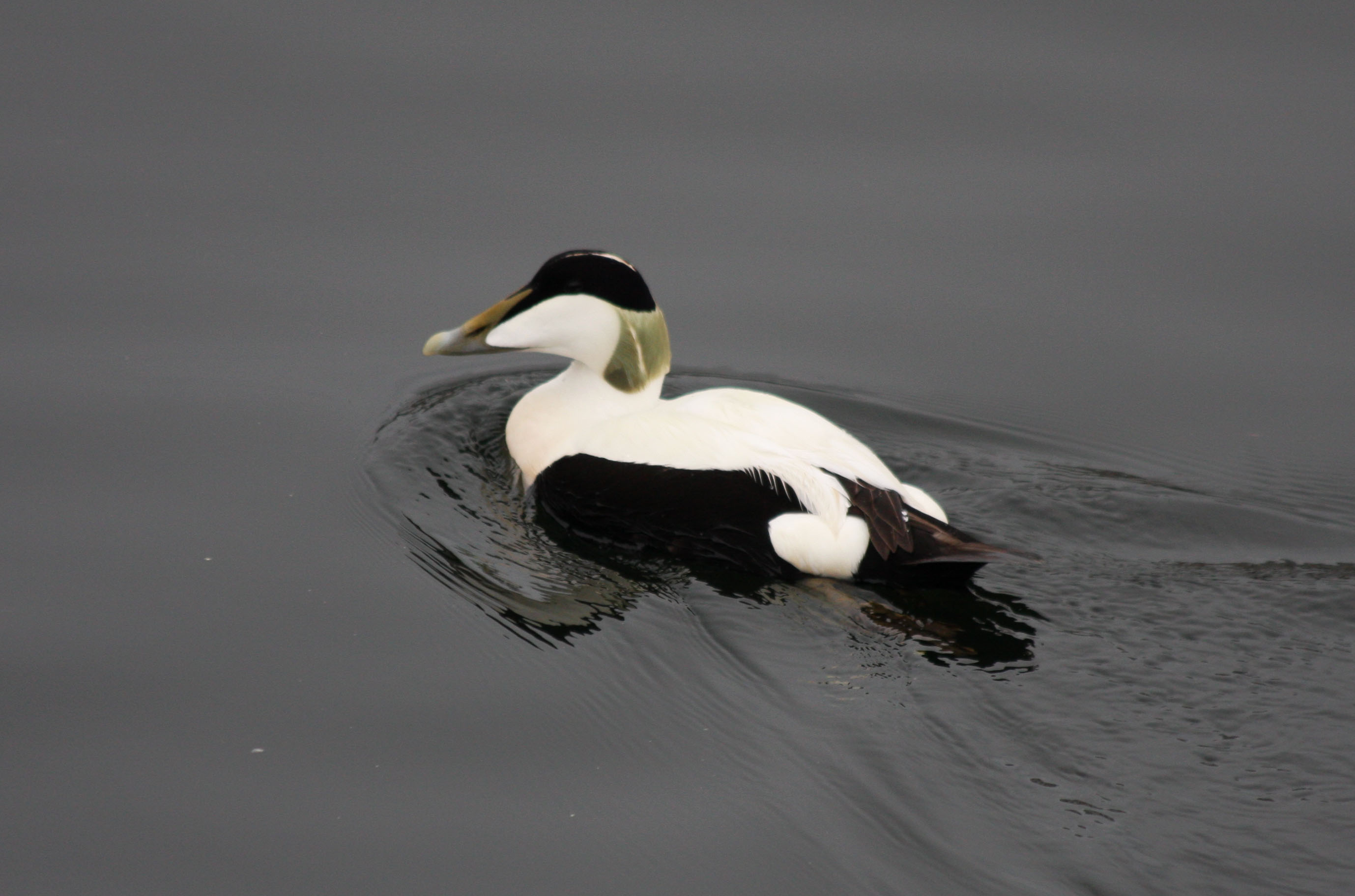 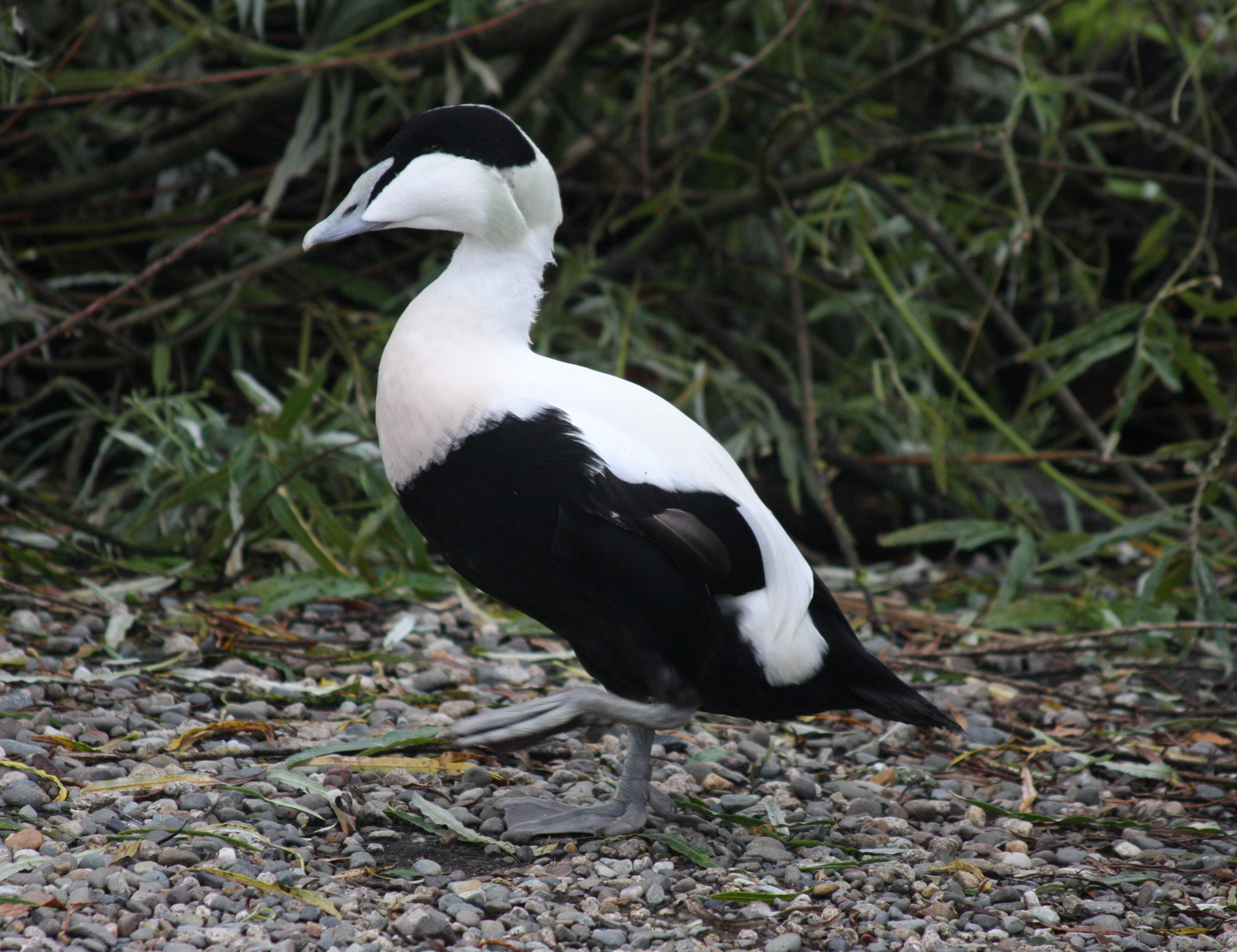 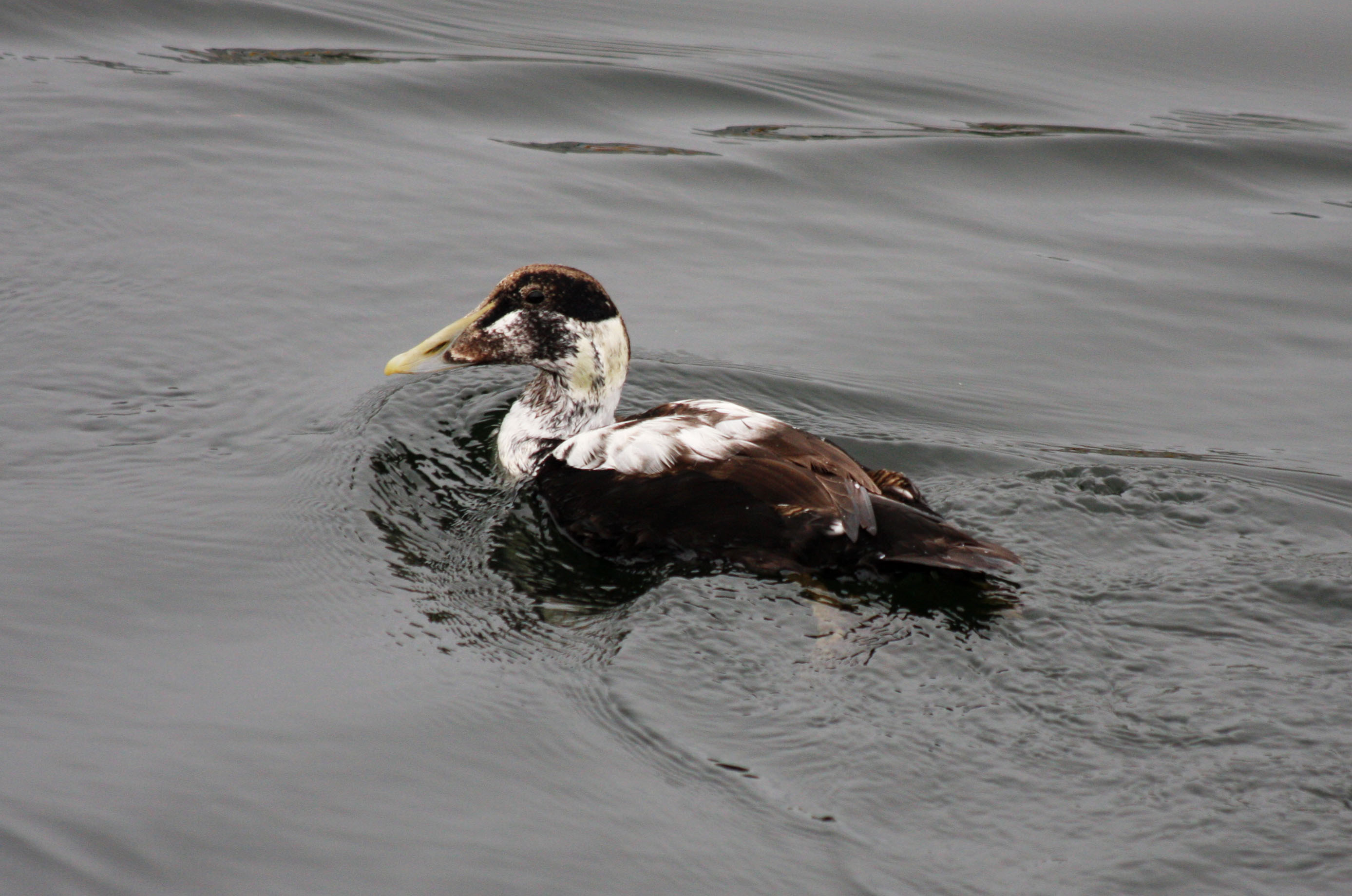 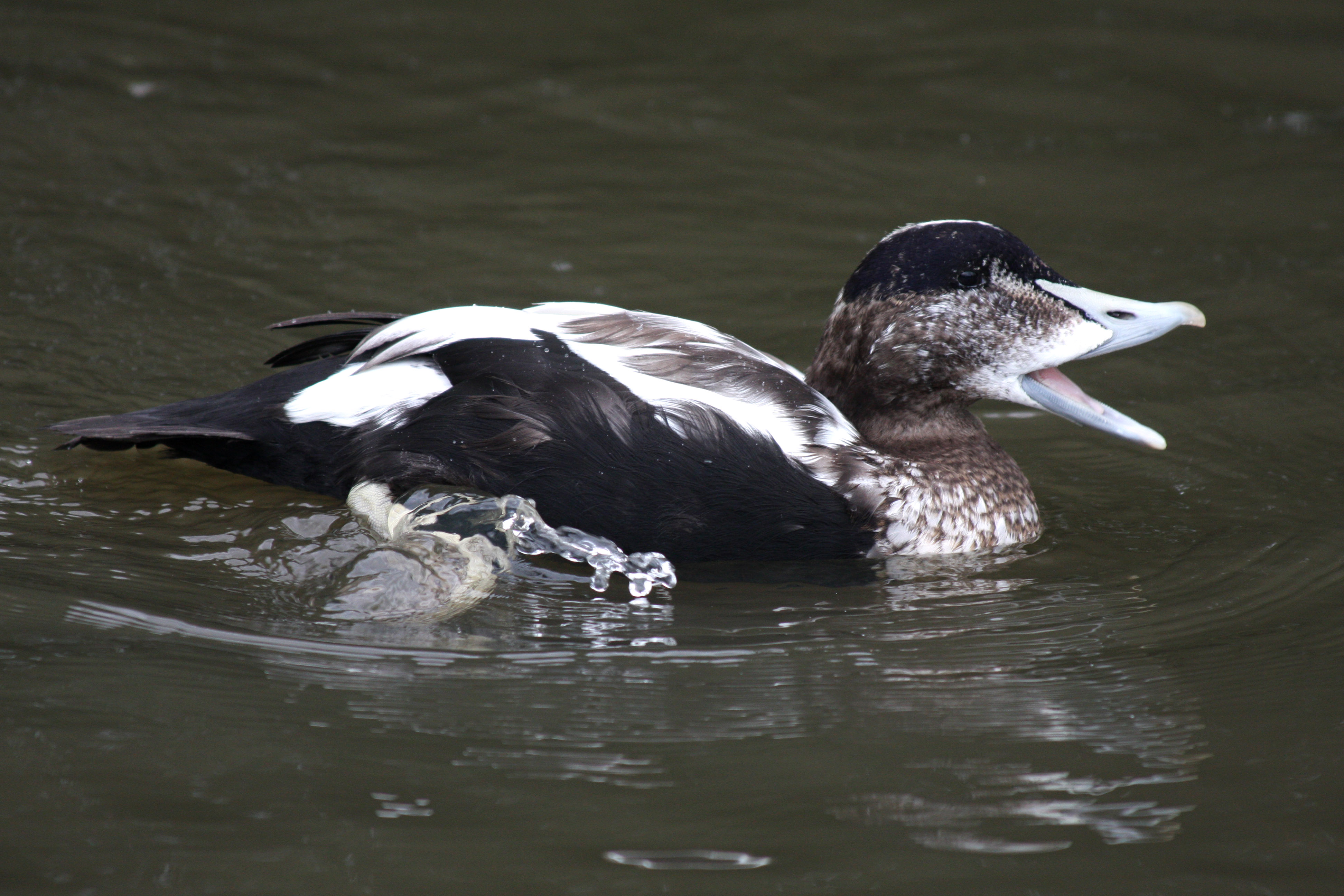 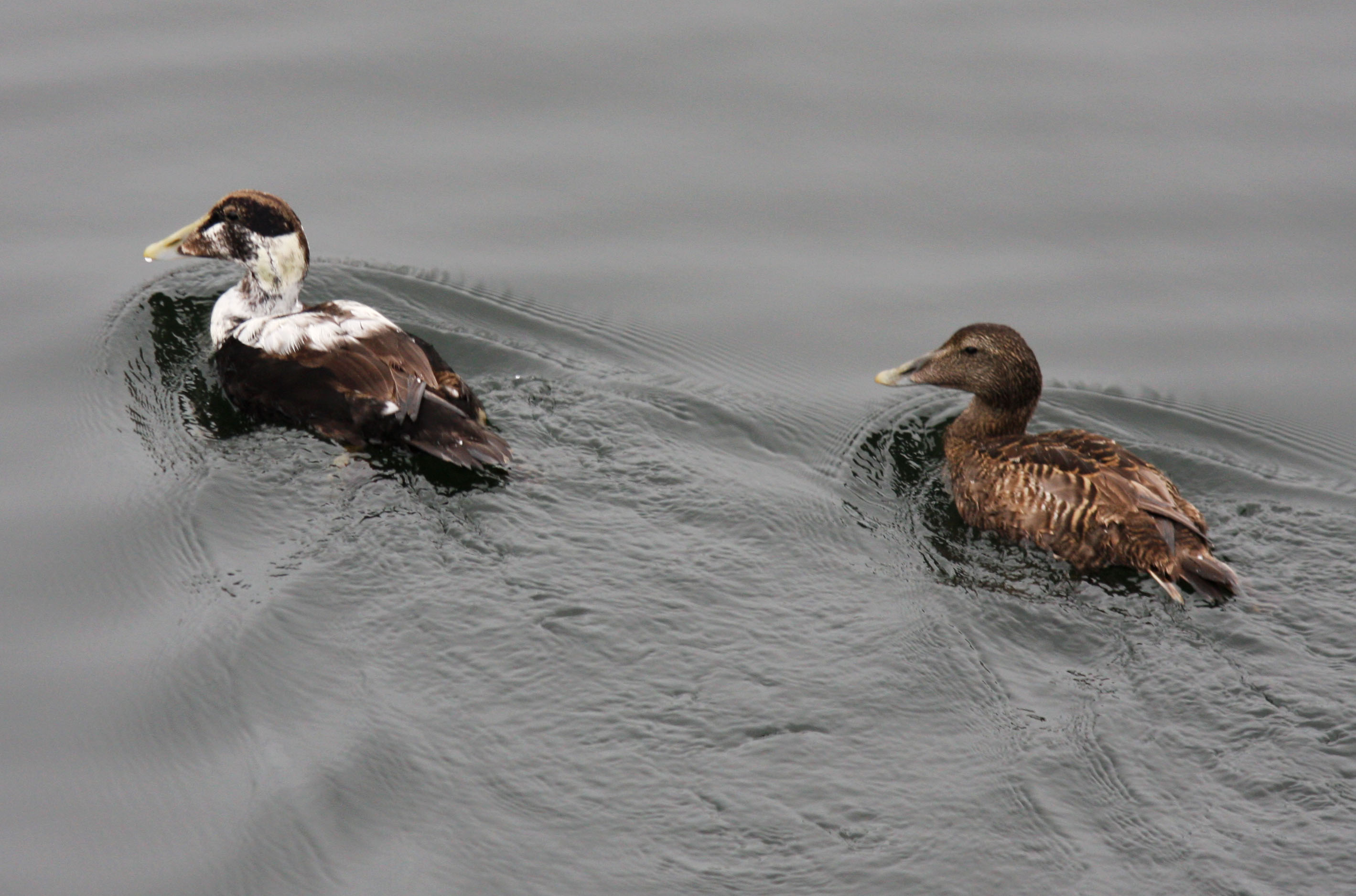 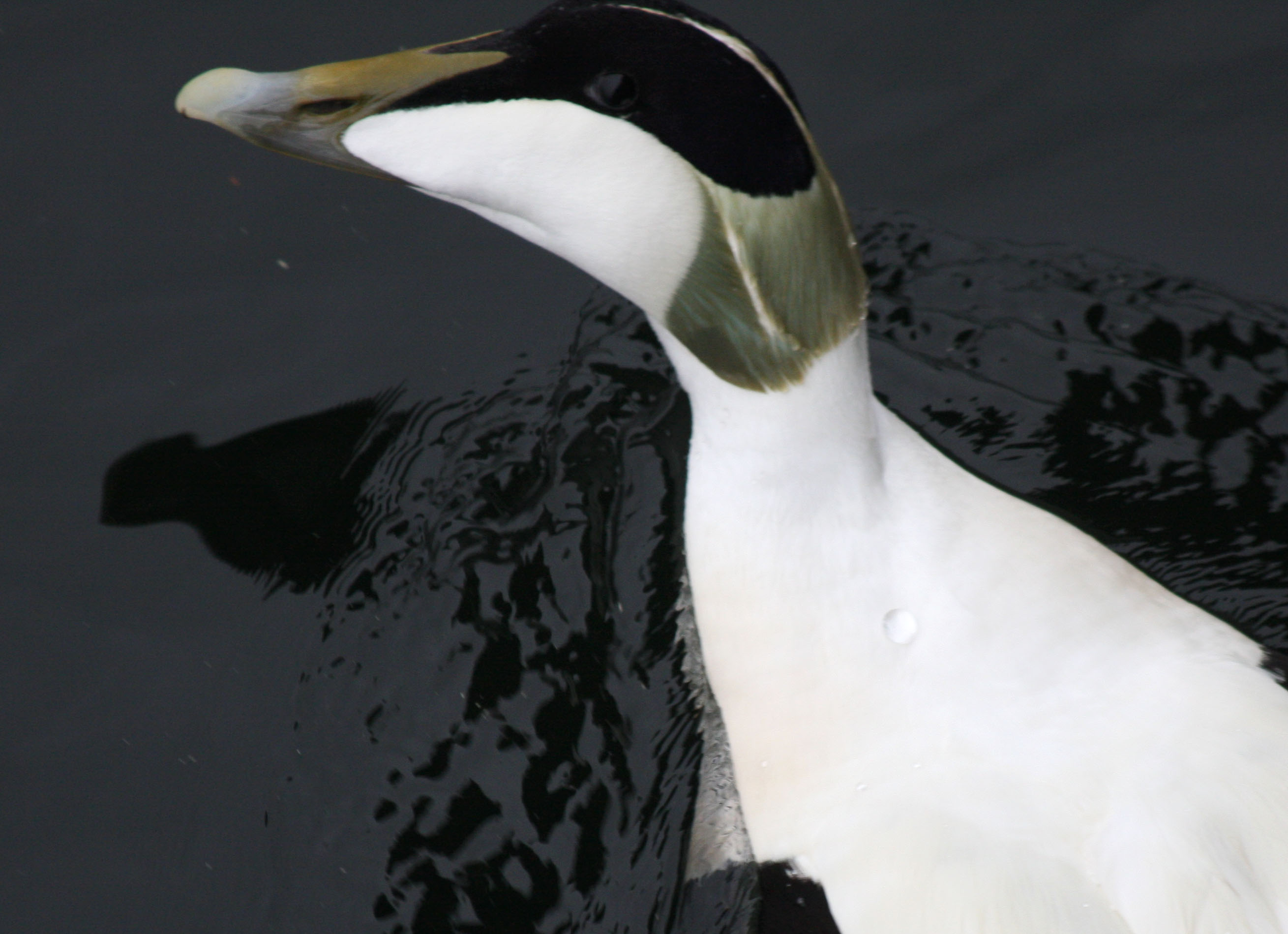 Click “read more” to get the ID, duck facts, and a range map:

The Northern Hemisphere’s largest-bodied duck, this sea duck breeds colonially along high-latitude shorelines (e.g., around the Arctic Ocean), but some birds winter as far south as the northern U.S. coast.  Eiders are famous for their fluffy down feathers, which they need for warmth and to line their ground-scrape nests.  Indeed, near the end of the 19th century, a commercial market for Eider feathers (e.g., for pillows and quilts) nearly led to the species’ demise in the Atlantic region.   Thankfully, Common Eider populations today are recovering and doing much better.   Some experts think East-Arctic and West-Arctic populations merit recognition as separate species.  [My photographs were taken in Norway and Northern Ireland.]  I especially love the pea-green color on the back of the adult drake’s head.  Offhand, I can’t think of another avian species with this particular shade of green.  Can you?

And a range map from the Cornell bird site: 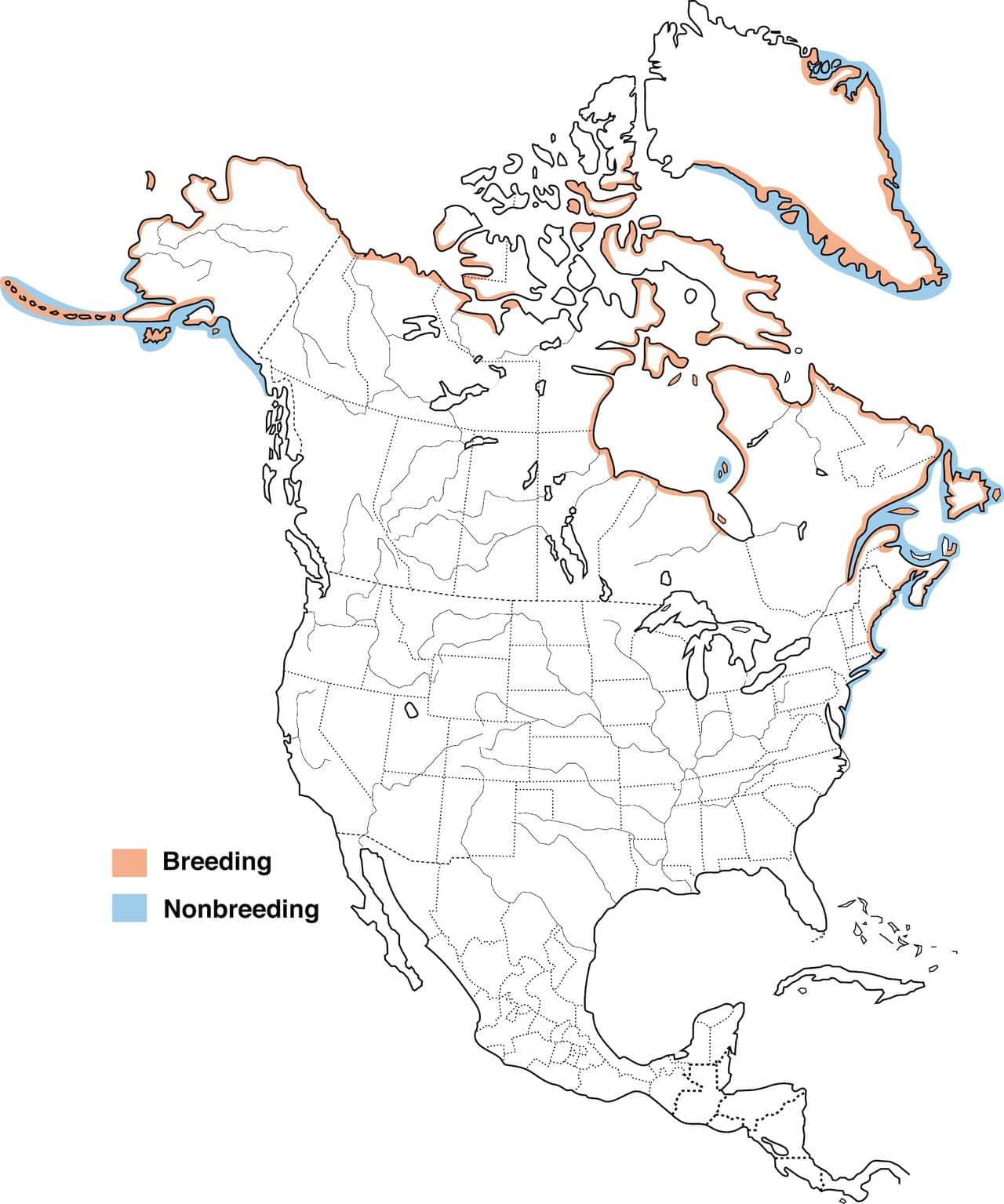