If you read this announcement that many scientists got from the National Science Foundation, and didn’t read the linked paper, you might get really queasy thinking that the NSF is touting “other ways of knowing.” Have a gander:

The part that got my hackles up was this:

(What is it with “silos”? Is this some new postmodern term?)

But if you click on the link and go to the short paper, you do indeed find different kinds of “knowledge” conflated, and mixed up with subjective things like systems of ethics. Fortunately, the statement apparently isn’t saying that intuition or revelation are alternative ways of achieving “knowledge.” Rather, if you read the paper you’ll find a mishmosh of different techniques and strategies for applying the true empirical knowledge gained by science, with some of these strategies not knowledge based at all. Here’s a graph from that paper; note that all three categories are labeled “knowledge”: 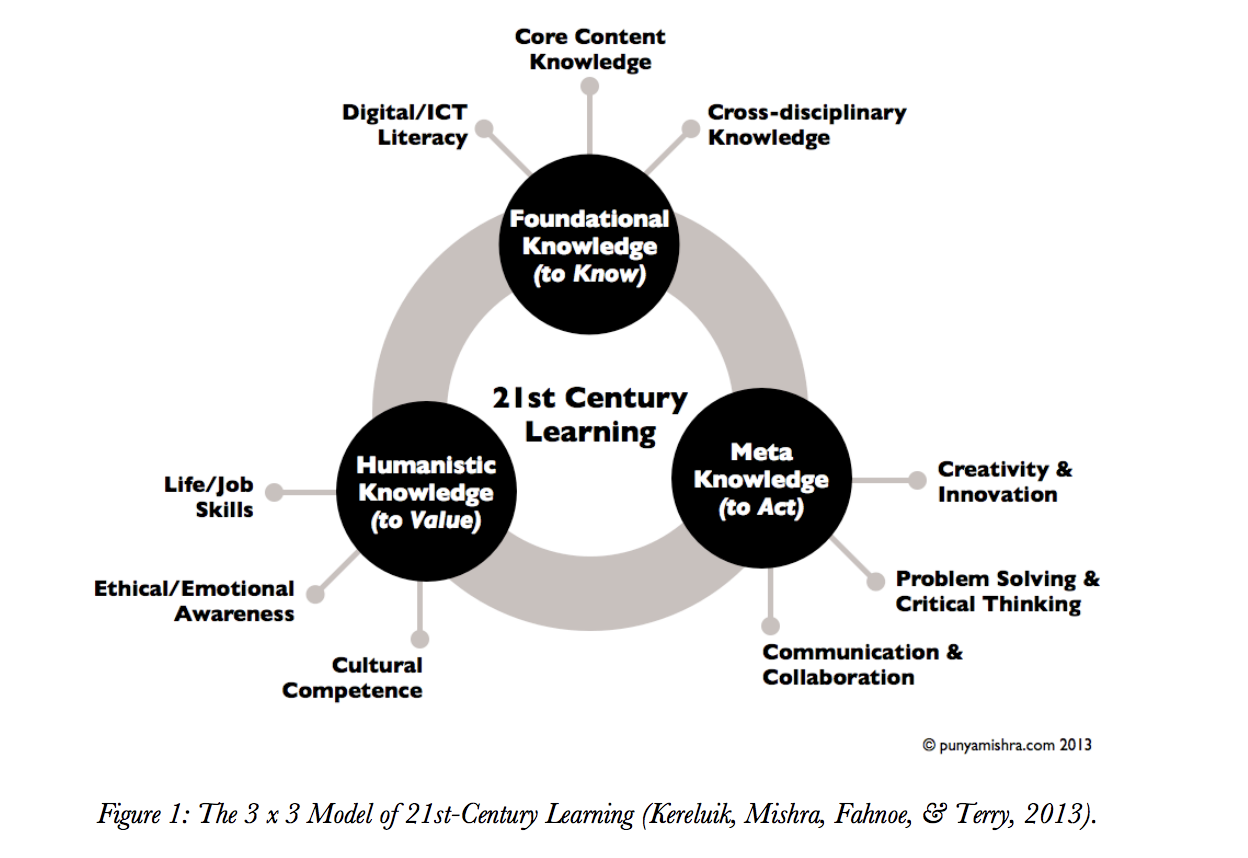 Now the kind of knowledge to which I refer often is in the top circle: “Foundational Knowledge.” That means facts about the universe that must be derived empirically, and it is in that sense that I’ve maintained that science (or science “construed broadly”, derived from the empirical method) is the only “way of knowing.” This is also known as “declarative knowledge” (“knowing that . . “).

But the (apparent) purpose of the paper—though I don’t know about the upcoming seminar—is not just to get students to acquire declarative knowledge, but to figure out how to use it: to have tactical and achievable goals (like ending global warming), and to develop a morality that involves good, humanistic goals (ending global warming is the right thing to do). The former is to some extent based on declarative knowledge. For example, if you do tests to figure out which tactics are the best for realizing a goal then that becomes declarative knowledge. But application also involves procedural knowledge honed from experience that can’t be cleared conveyed as a way of knowing that.

The paper also promotes emotional and ethical awareness, which has nothing to do with knowledge but has to do with values. As the paper says (my emphasis):

Humanistic Knowledge (to value). Humanistic knowledge include attributes that provide a learner with a vision and narrative of the self within social contexts, scaling from local to global. It includes life and job skills, cultural competence in a global context, as well as awareness of how the actions of the individual affects others and the ability to assess those actions against a set of broader humanistic standards.

Well, yes, you need to have a value system to use science in society, but this is basically asking the reader to develop a value system that comports with “humanistic standards”, and that has nothing to do with knowledge of any sort, though it can be informed by declarative knowledge.

Ethical & emotional awareness. Ethical awareness included the knowledge and skills necessary for success in a culturally diverse society, such as the ability to imagine oneself in someone else’s position and feel with that individual as well as the ability to engage in ethical decision making. It also includes the ability to intuit the feelings of others, as well as a deep understanding of human emotions and successful human interactions.

Although this is considered part of “humanistic knowledge”, it isn’t itself “knowledge.” Yet the NSF funded this, and the authors underscore it again (my emphasis):

Similarly, Humanistic Knowledge rises to the forefront as technology provides individuals with more power to effect change, thus placing a greater burden on individuals to act ethically and with an awareness of the complex ways in which technologies can both positively and negatively impact broader society.

The balance among these categories must evolve in response to economic, environmental, and societal disruptions that accompany the advance of global civilization and technology. This implies a need not merely for innovation across the substance of STEM education, but for a kind of principled innovation that seeks to account not only for what ought to be known, but also for the unique contexts, cultures, and challenges that would-be innovators need to include in their approach to improving the world. Whether we consider issues of privacy and intellectual property or bio- technology and stem-cell research, individuals today (and in the future) have to develop fine- tuned ethical and moral modes of thought and action. In contexts like these, developing a value system that respects differences and yet maintains a core of empathy and understanding becomes critically important.

Here we see a gemisch of declarative knowledge, procedural knowledge, and morality and ethics. The last of these is not “knowledge” because there is no objective morality.

In the end, though the NSF hasn’t fallen prey to theological or postmodern claims about “different ways of knowing”, they still have muddied the waters about what knowledge consists of. Worse, they’ve taken something very obvious—if you want to apply the knowledge of science to society, you have to know how how to approach and convince people and also have some foundational system of ethics—and made it into a very complicated and confusing schema.

There go your taxpayer dollars at work (if you’re an American and not a corporation)!

41 thoughts on “Is the NSF on board with “other ways of knowing”?”