I’m happy to report that Stephen Barnard is back with a spate of pictures—of fishing. Stephen’s notes are indented:

During the seemingly endless pandemic I’ve been doing little more than fly fishing and farm chores, and photographing fish. All these are rainbow trout (Oncorhynchus mykiss). The exceptions are mayflies: a Callibaetis dun and a comparision of an artificial fly and a natural Trico spinner. Anglers refer to newly emerged adult mayflies as a “duns”, and to the spent insects that fall into the water after mating and egg-laying as “spinners”.  One photo is of a oddly colored trout that I’ve been seeing for at least three years, and that I’ve caught three times. I used to think it had an abnormally dark head, but after bringing it to hand I realized it had an abnormally light body, but only on one side. 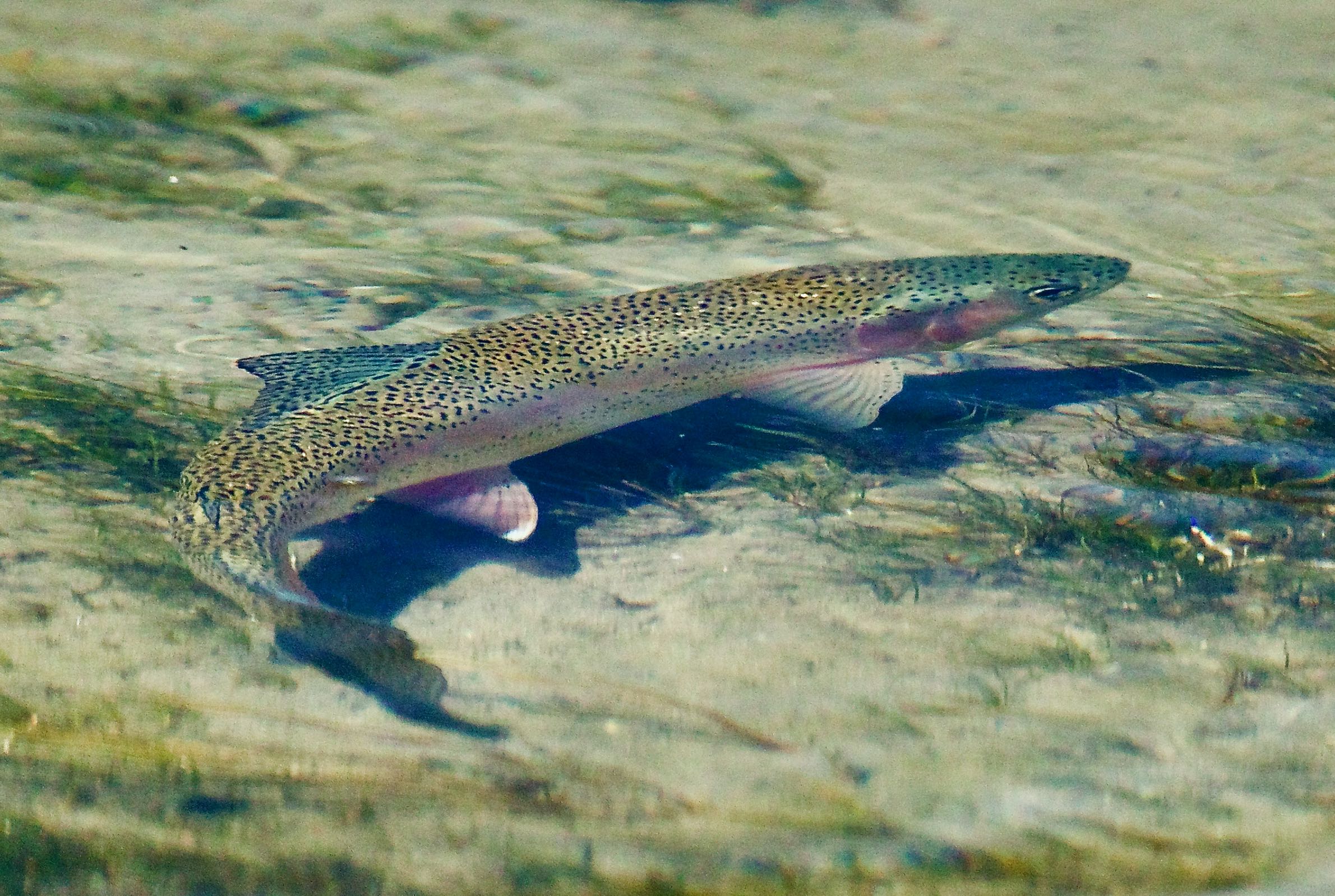 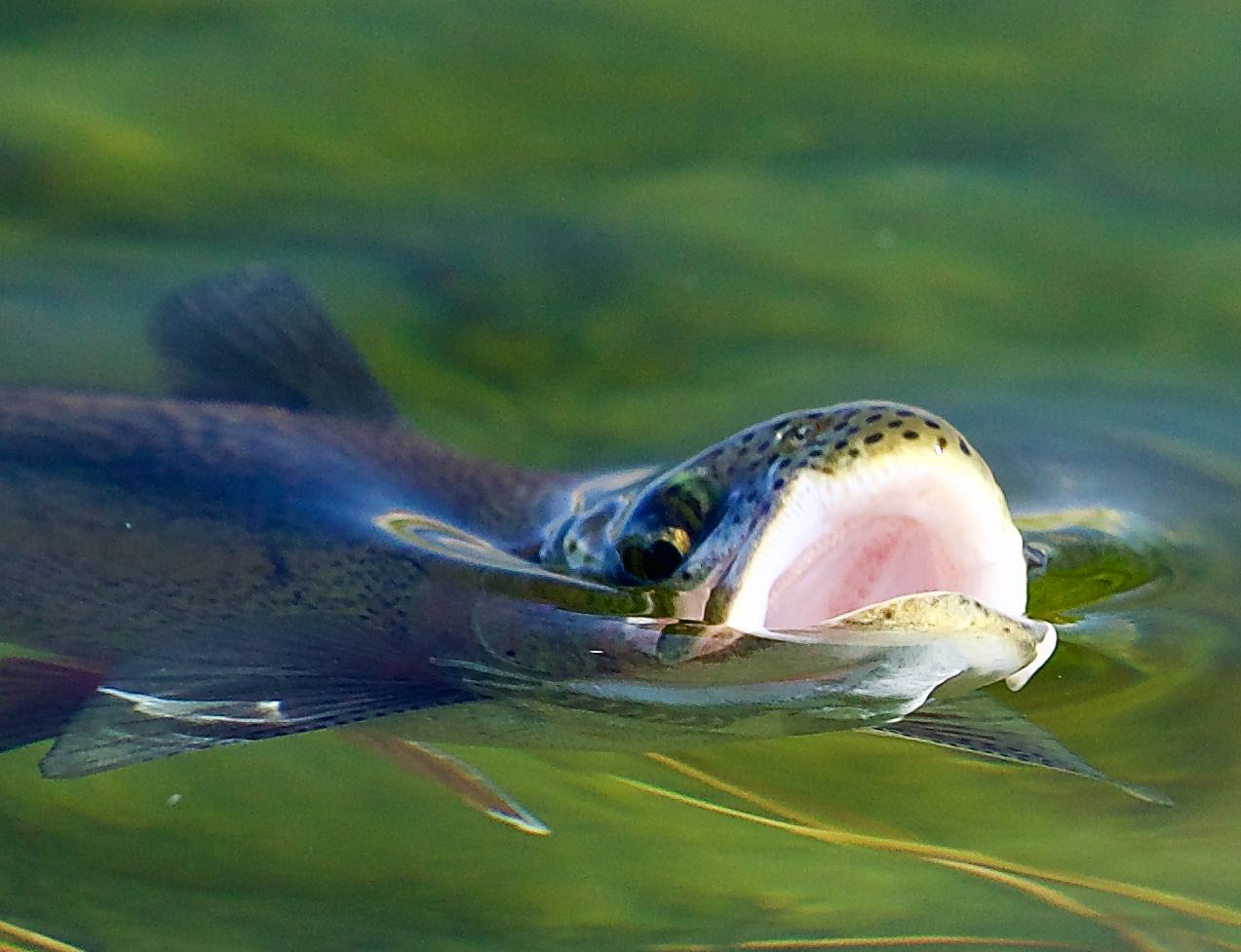 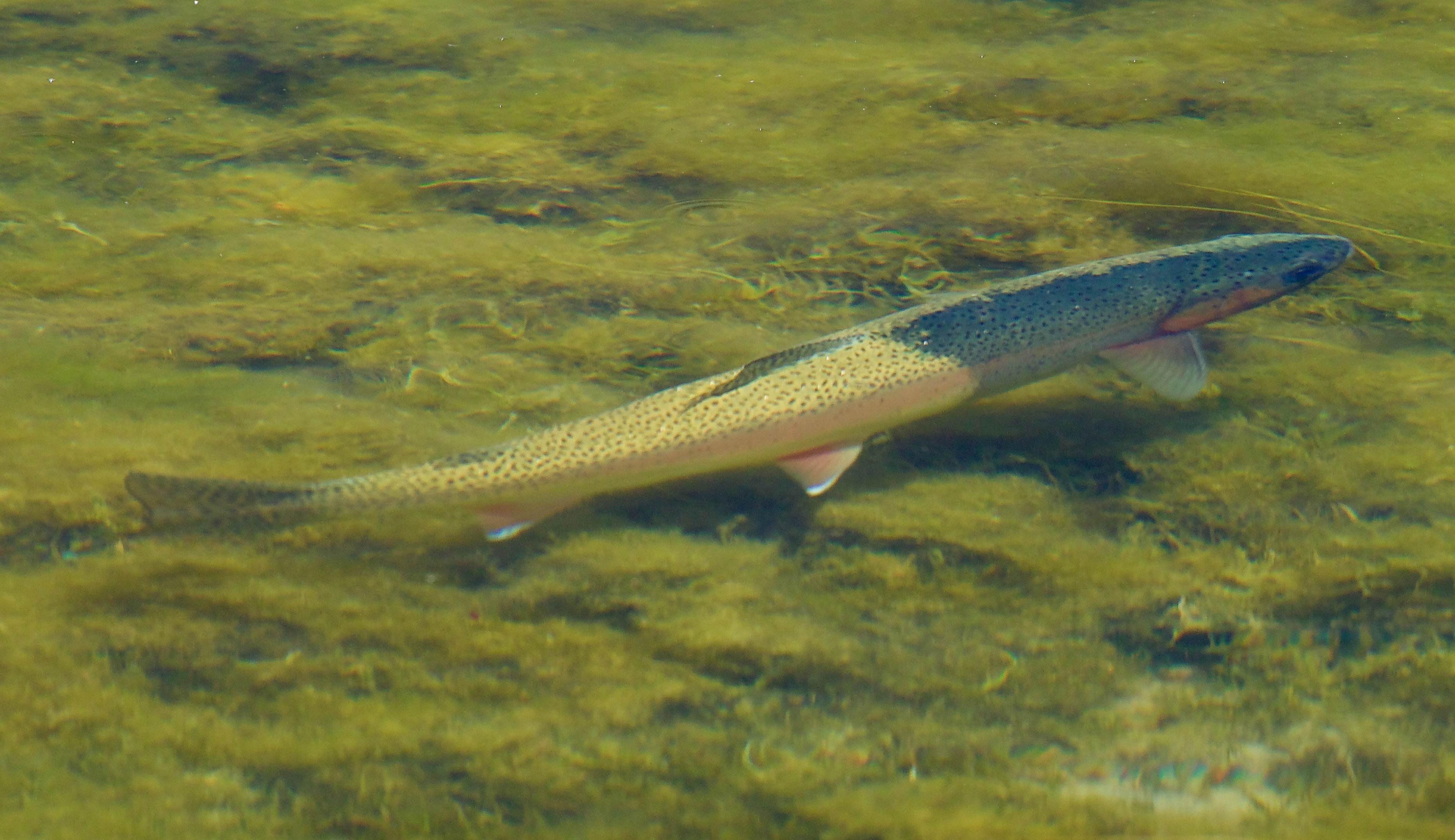 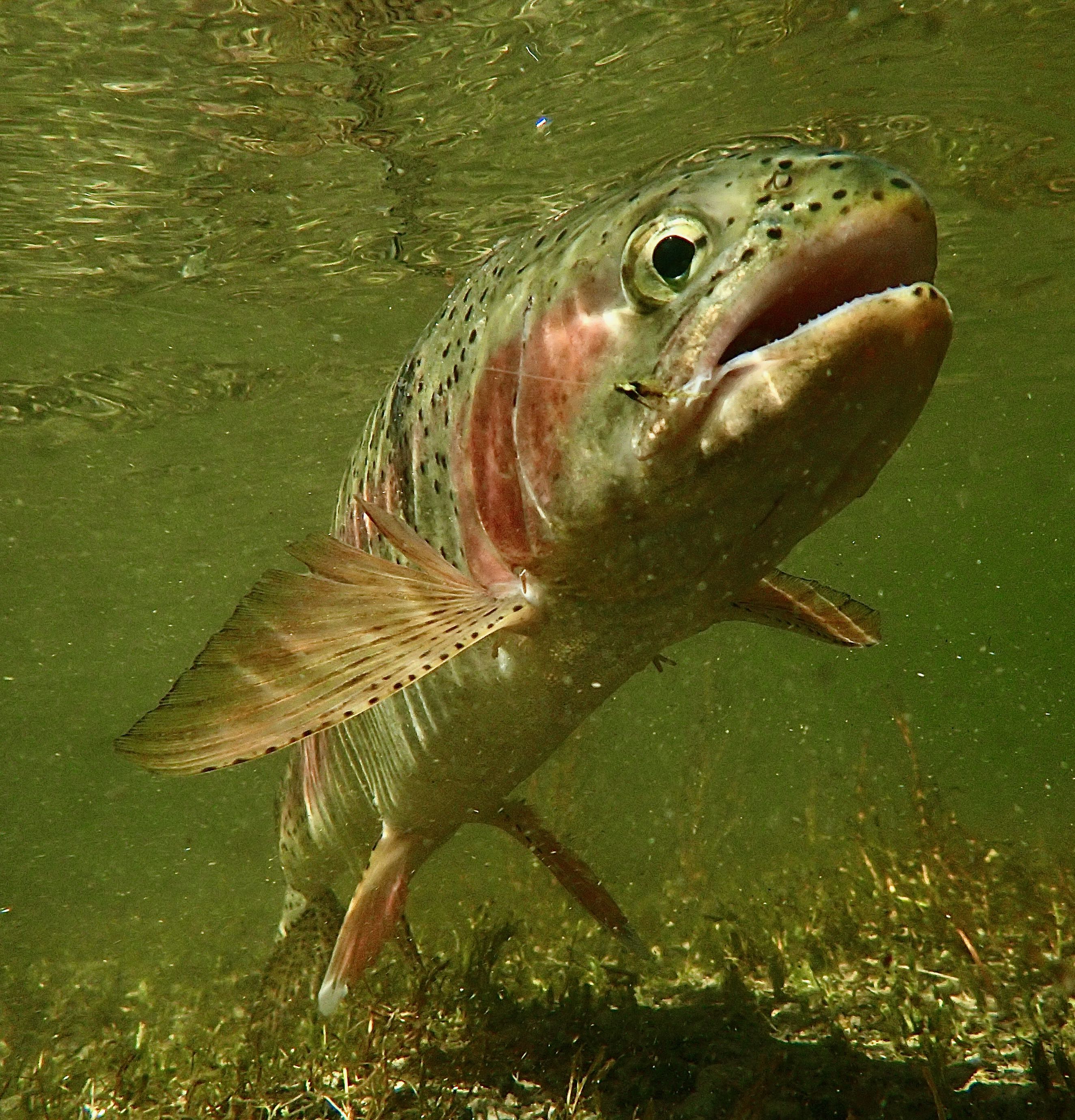 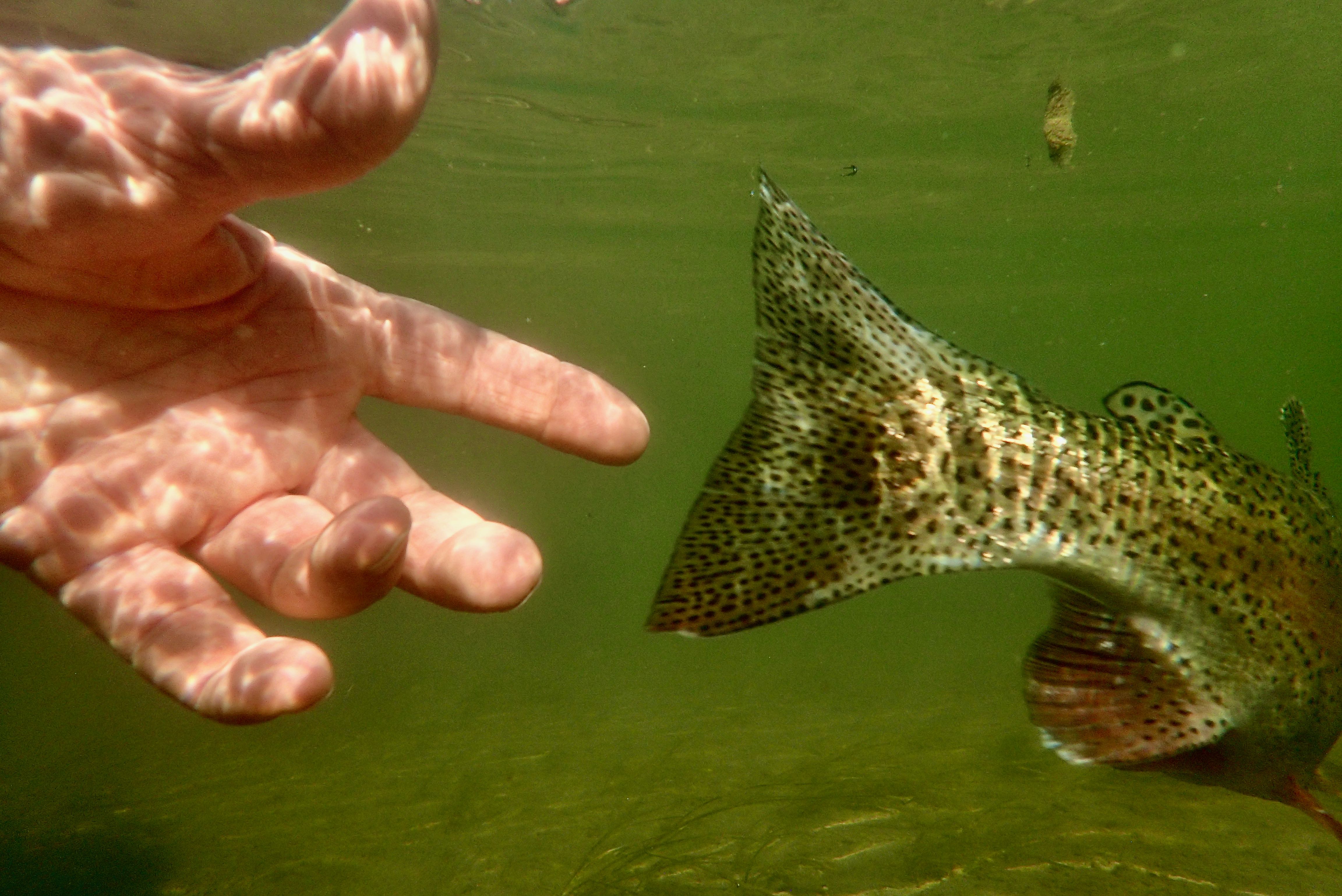 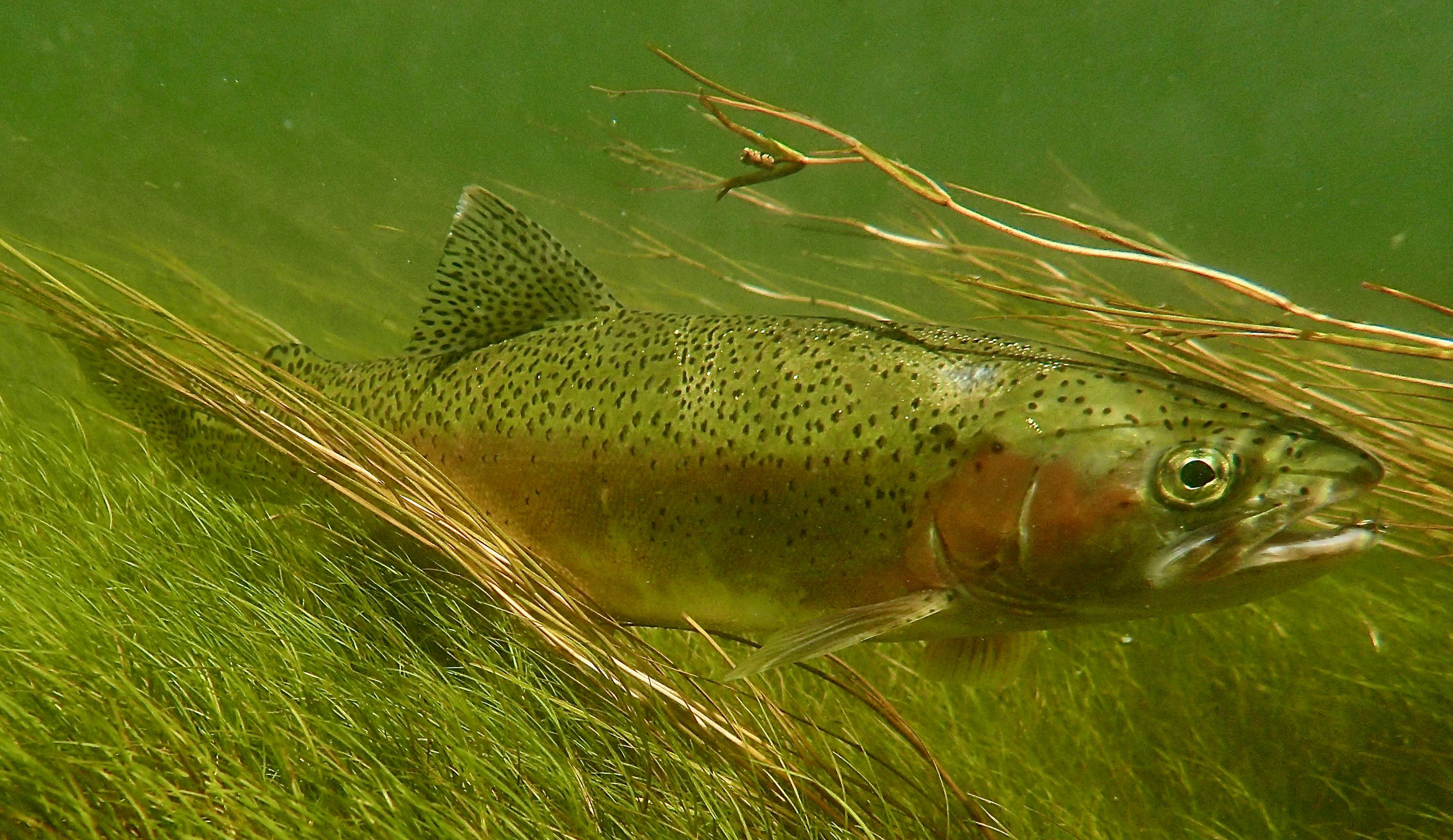 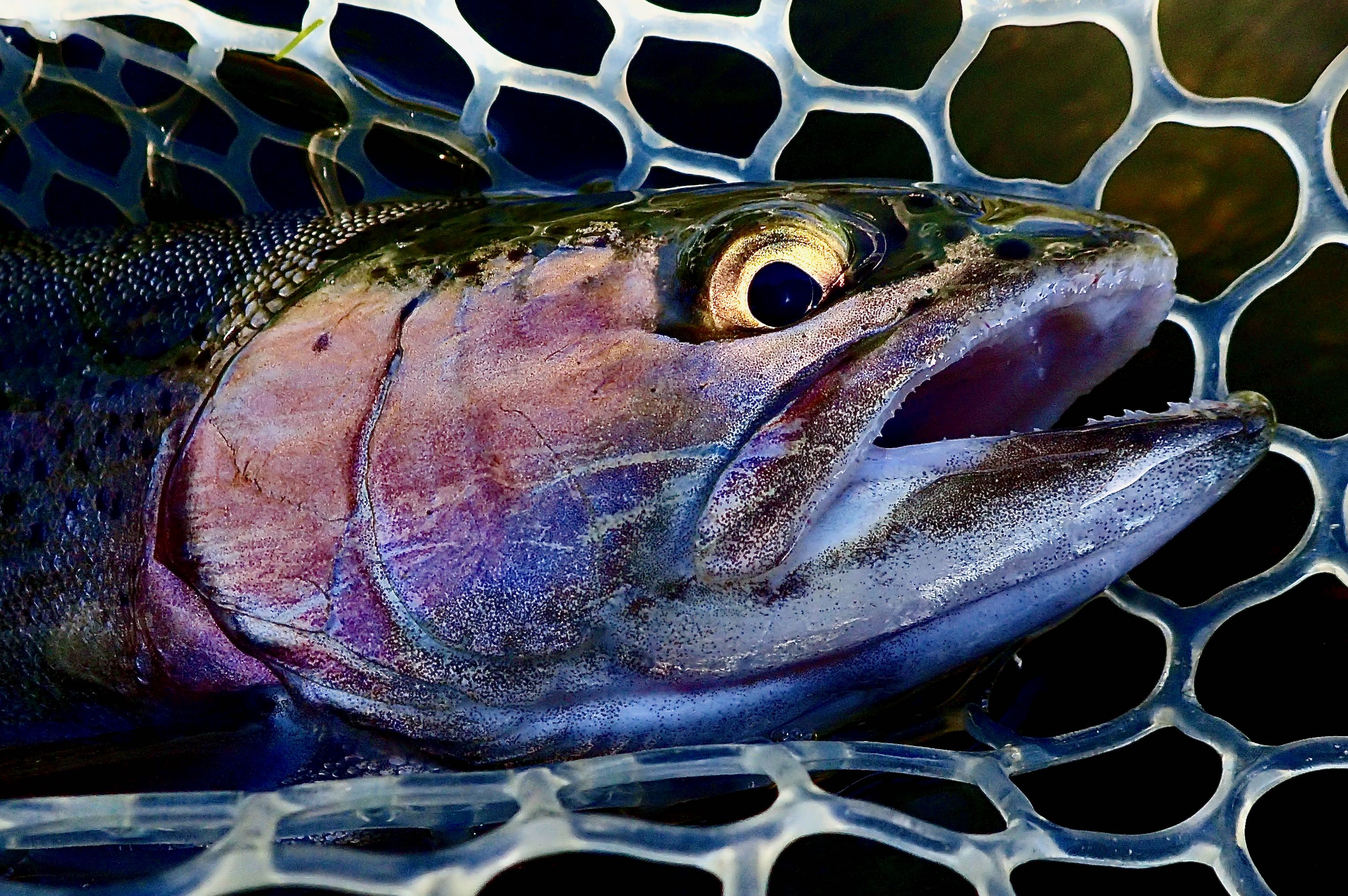 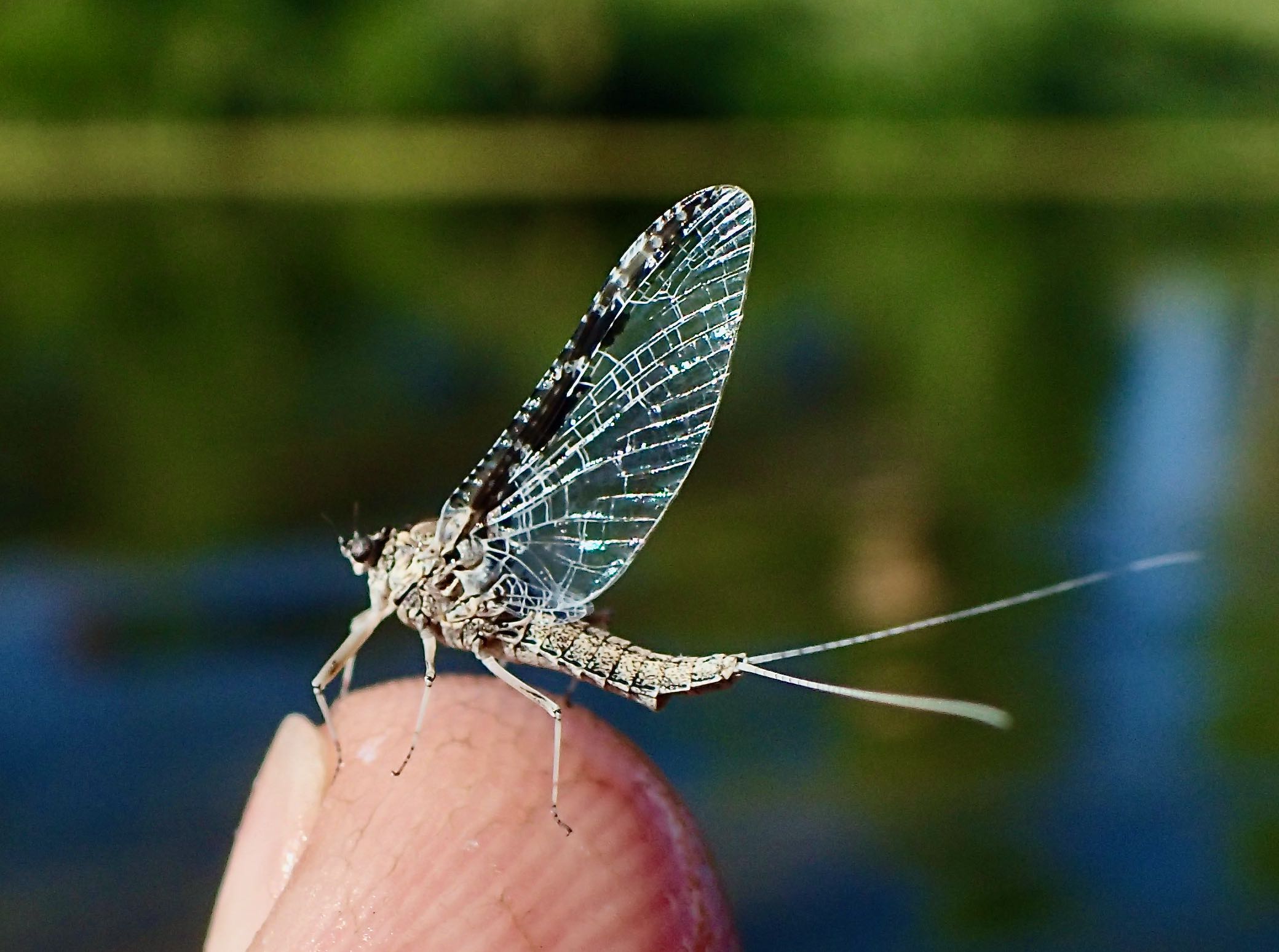 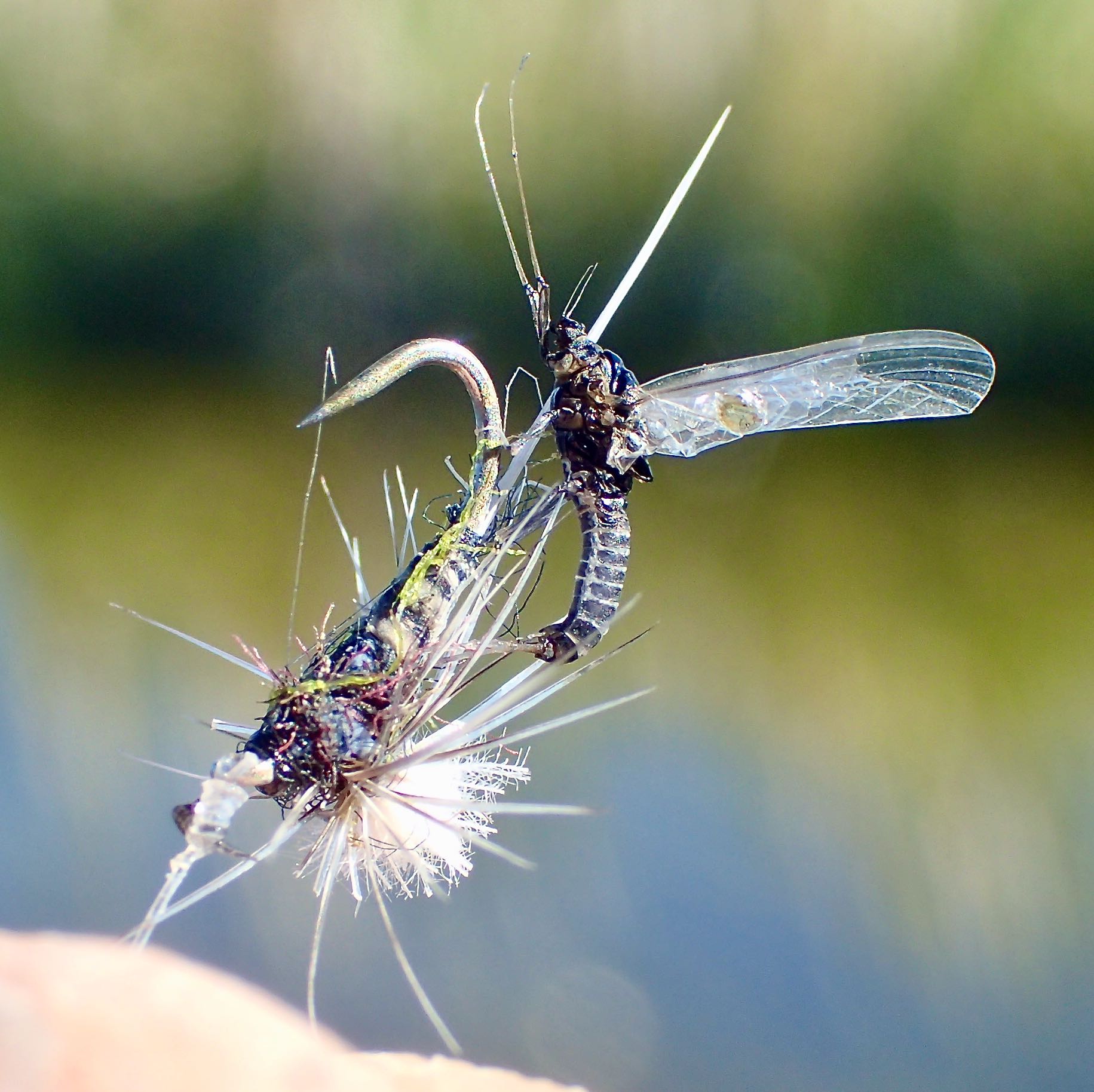 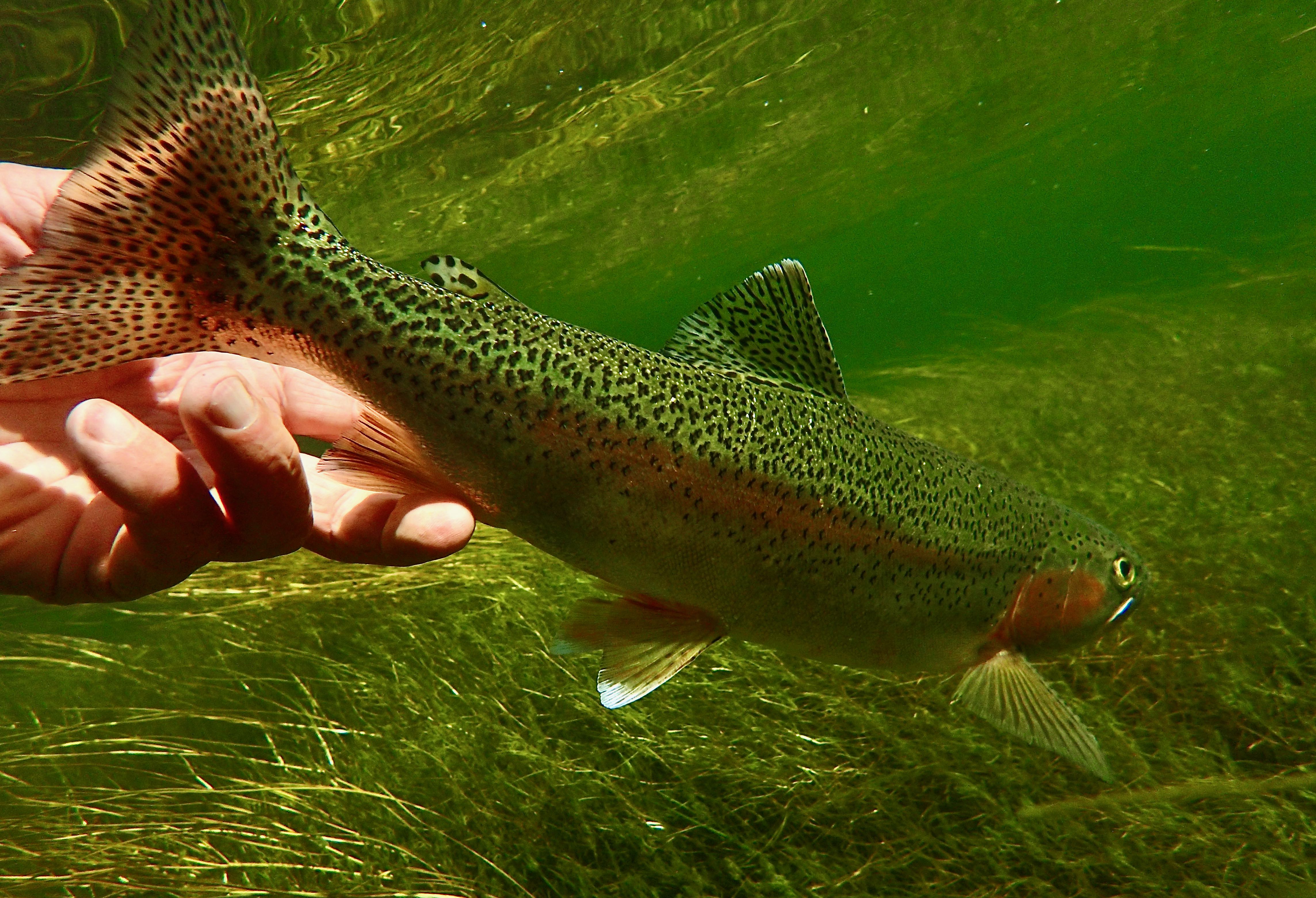 When I pointed out that I liked the second photo best, with the fish’s head above the water, Stephen replied:

That’s what they do when they take tricos on the surface. There are so many mayflies that they kind of sweep their heads around to take as many insects as possible. Here’s another photo of a fish eating a callibaetis dun. 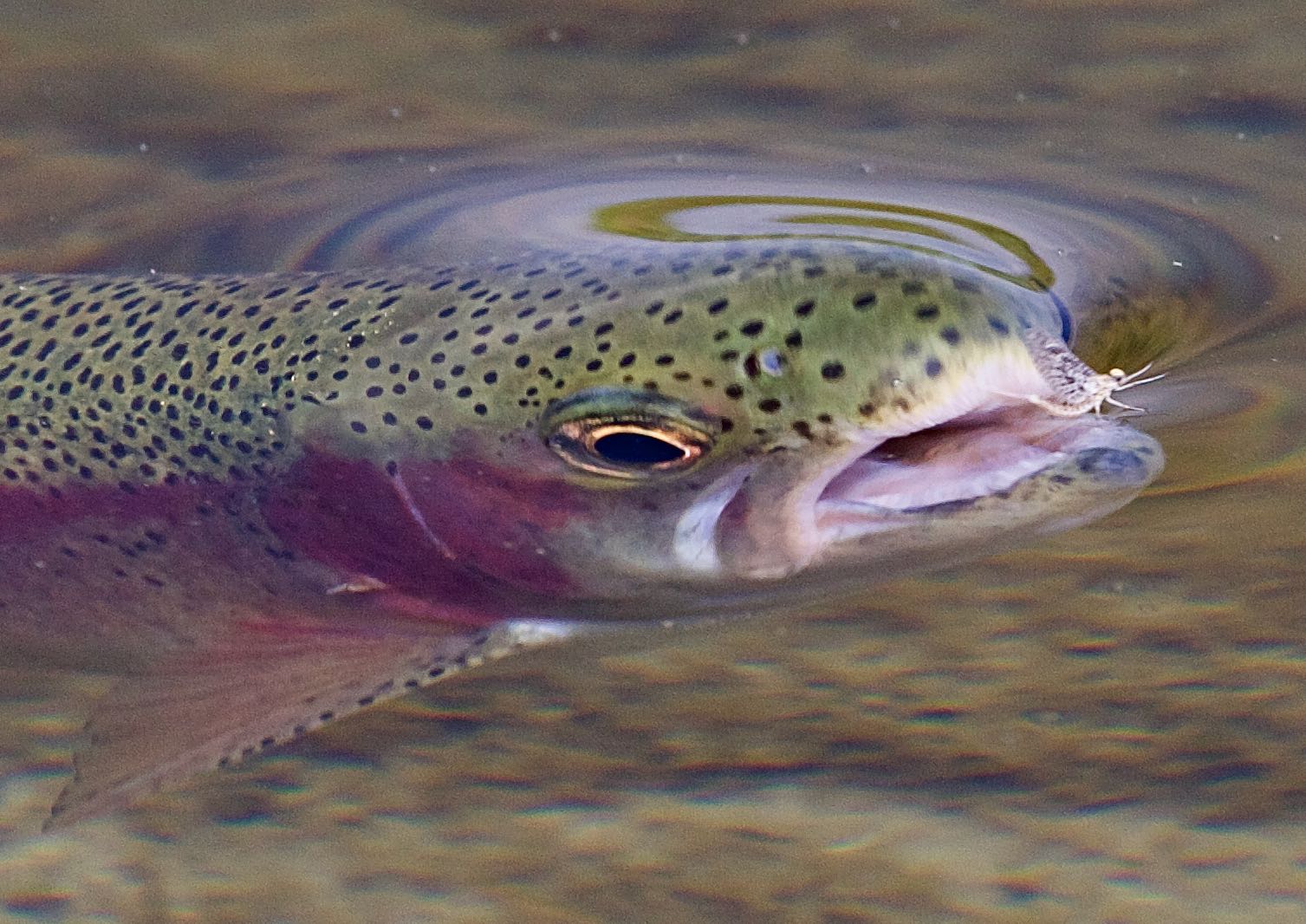