Yesterday I noticed for the first time that Dorothy’s ducklings, now 3½ weeks old, are starting to grow their adult feathers, so their duckling down will gradually disappear. The feathers start on the shoulders and wings (looking like epaulets) and also on the tail, and move forward and backwards till the two fields meet.  Here are a few pics of this milestone: the duckling equivalent of adult teeth: 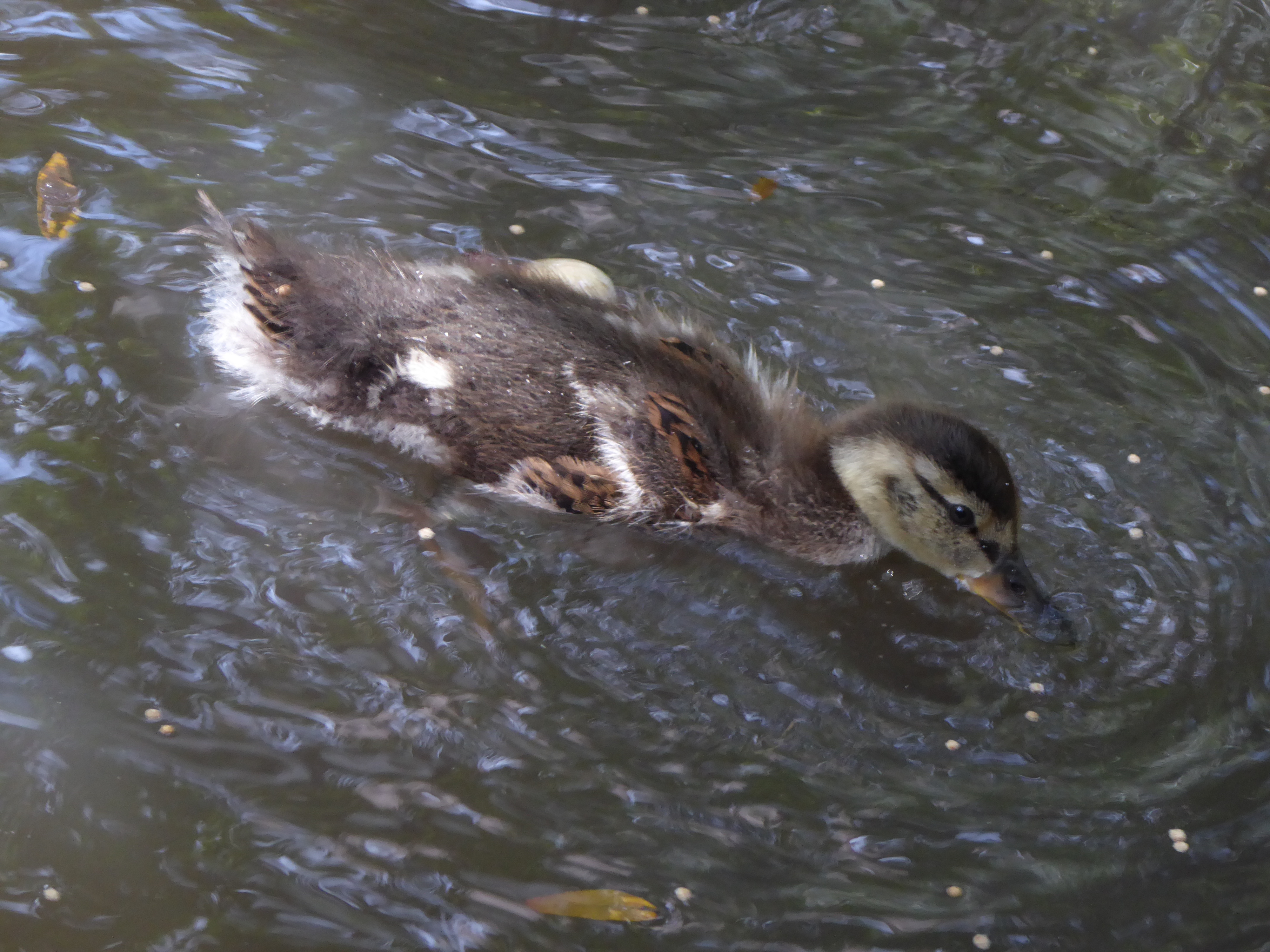 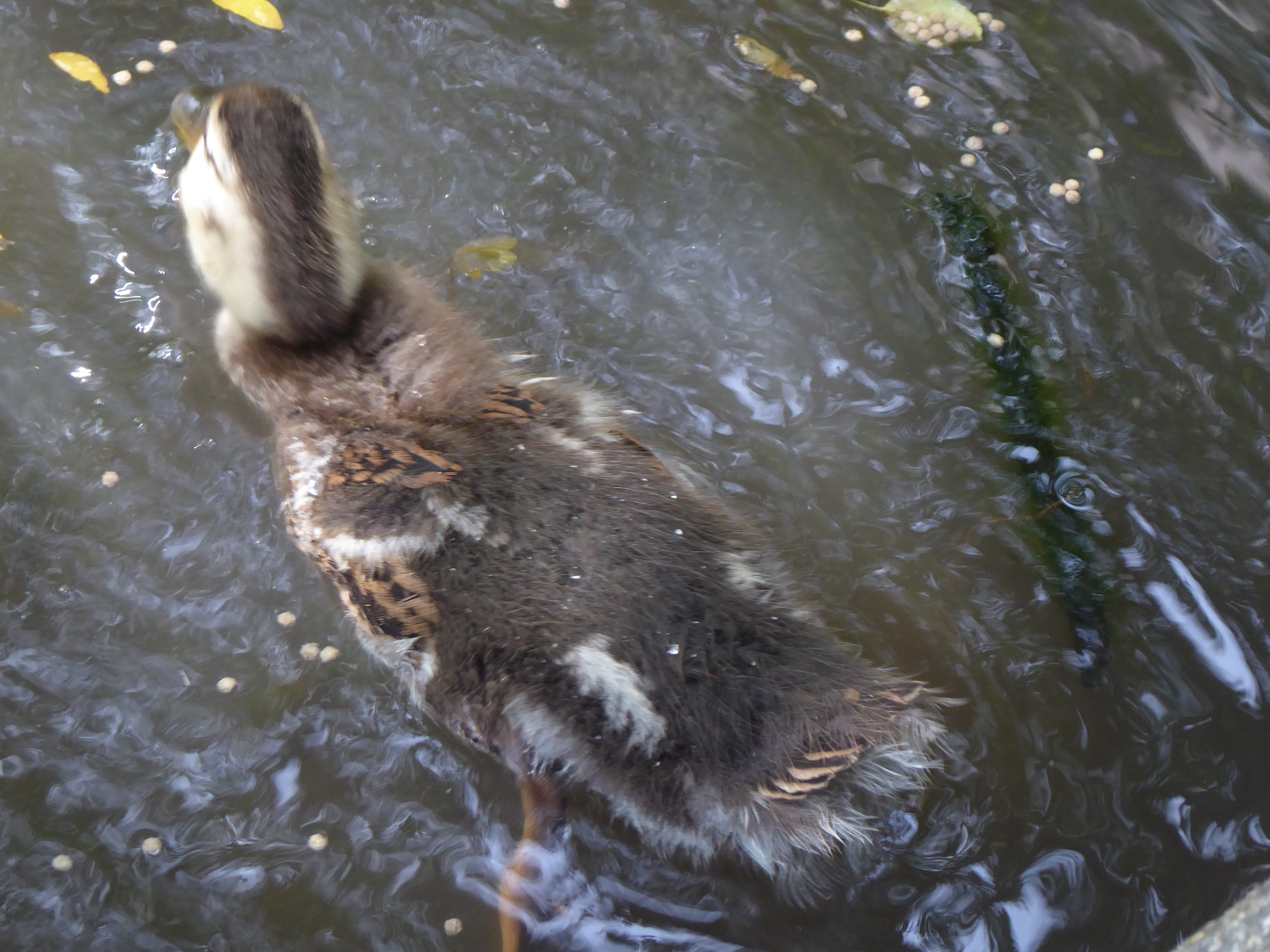 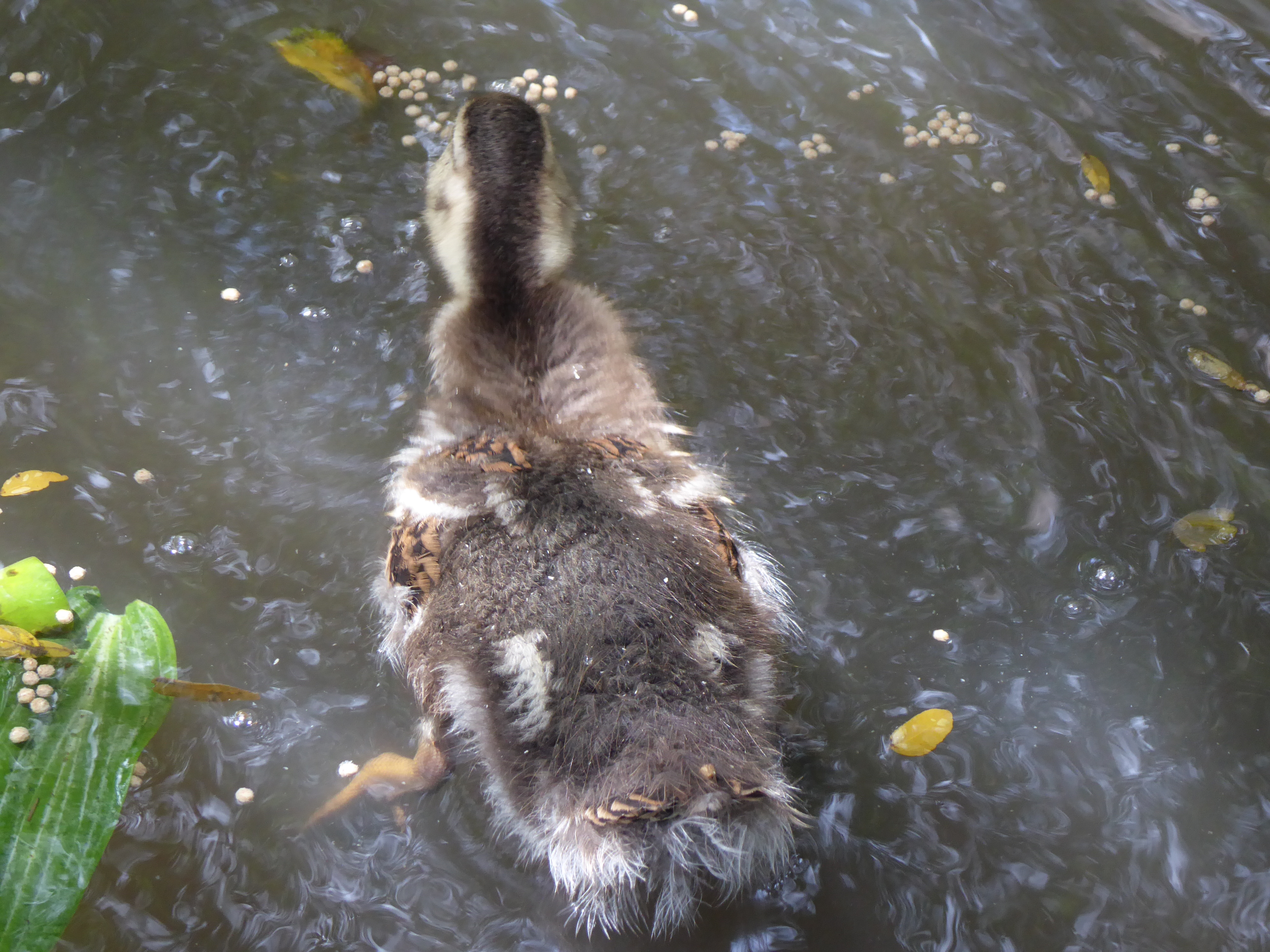 As I’ve mentioned before, a family of Cooper’s Hawks (Accipiter cooperii; mom, dad, and three babies) live about a block south of the pond in a tree, and all of them fly around the pond, sometimes emitting an eering screech and occasionally perching in trees right above the ducks. The ducks, of course, hear or see them well before I do, emitting a warning quack that gets all of them in the water, where they freeze until the hawk is gone. Although a Cooper’s can’t, I think, take an adult duck, I fear that the babies are potential prey, though I haven’t seen any attacks. (Dorothy did lose one duckling a few weeks ago, though.)

I keep my fingers crossed and yell and clap at the hawks until they fly away.  I ask readers NOT to give me information, videos, or photos of Cooper’s hawks attacking ducklings. That would upset me, and I already assume that they could attack the babies and do the best I can to drive away the raptors. I hope my assumption is wrong.

Here’s a hawk (not sure if it’s an adult or juvenile) that perched in a tree right above where Dorothy and her babies were being fed. It stayed there a while but didn’t attack: 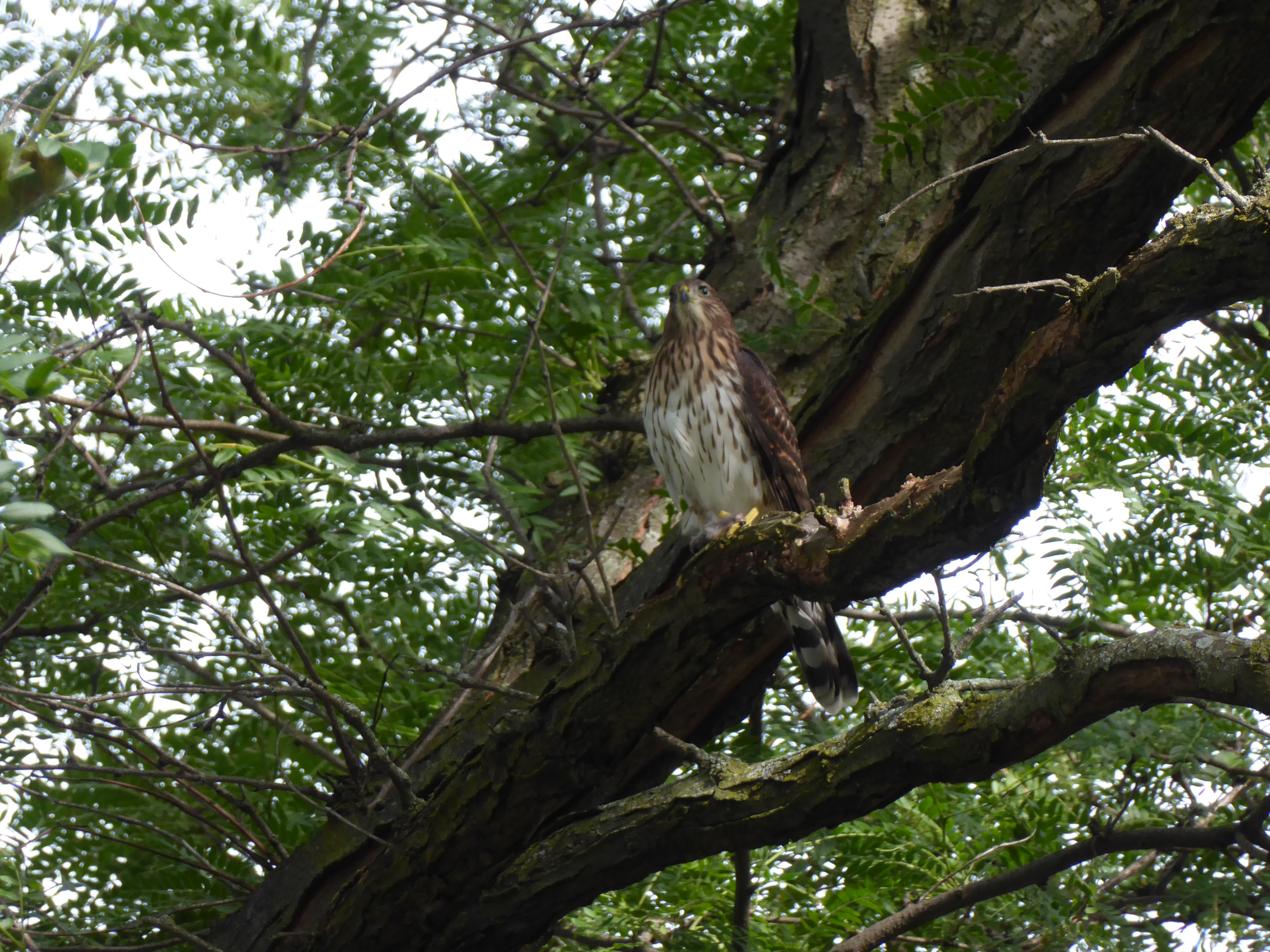 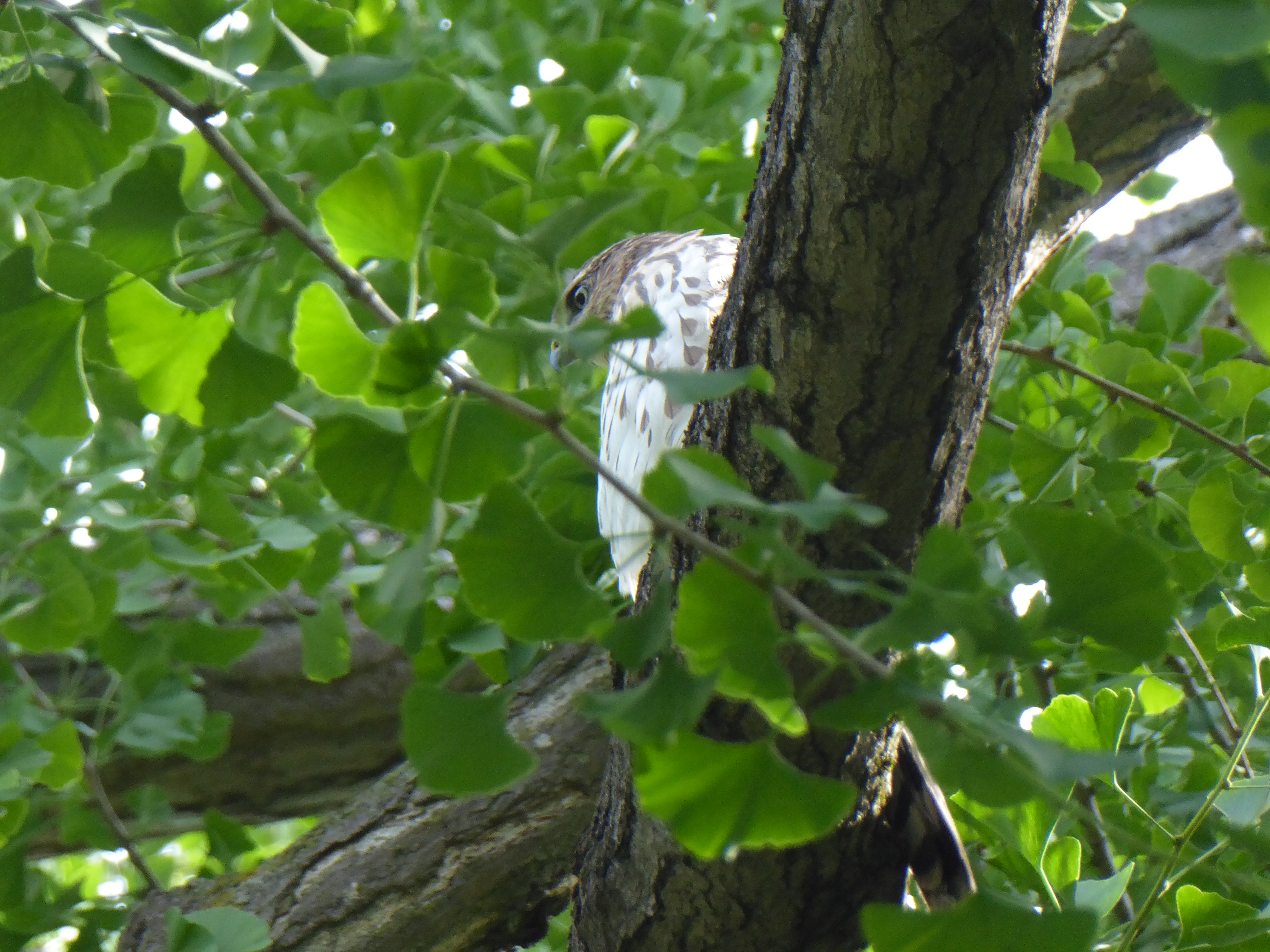