Tony Eales from Brisbane is back with another dollop of lovely photos. Tony’s words are indented (be sure to check out the second and last photos!):

I’m kind of fascinated by Neuropteran larvae. They are so alien and so very unlike the adults. They are also diverse in lifestyle and form—except for those giant jaws, the real unifier in the group. Here’s some examples.

The most common lacewings in my area are members of the Green Lacewing family Chrysopidae. Their little white eggs on top of fine threads are a very common sight. Given this, I’ve seen the little monsters hatching a few times and climbing down the threads. 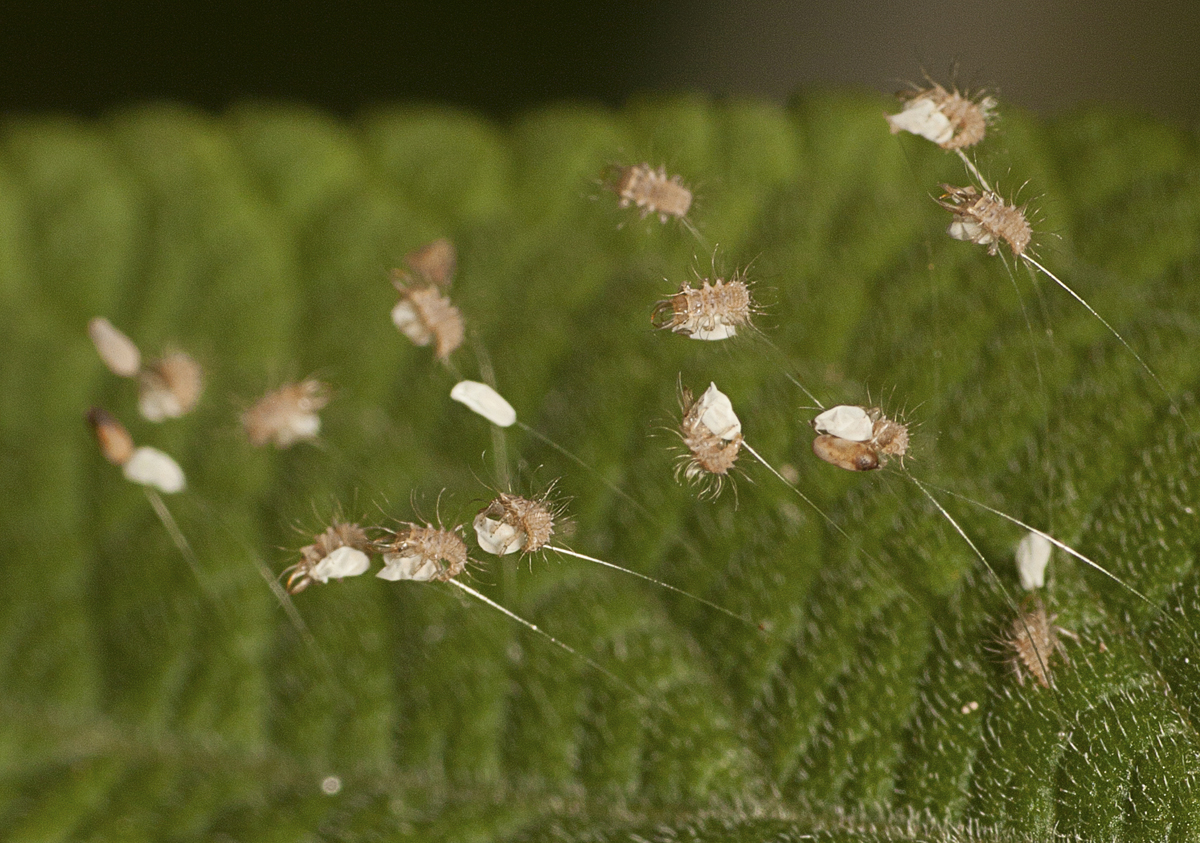 Chrysopidae larvae load debris on their backs for camouflage and they can get very creative depending on what is lying around. One I found had pieces of insect exoskeleton including a large Camponotus sp. major’s head on its back. Another  I found on a plant that had white fuzz on the underside of the leaves and it looks like it was out in a snowstorm. 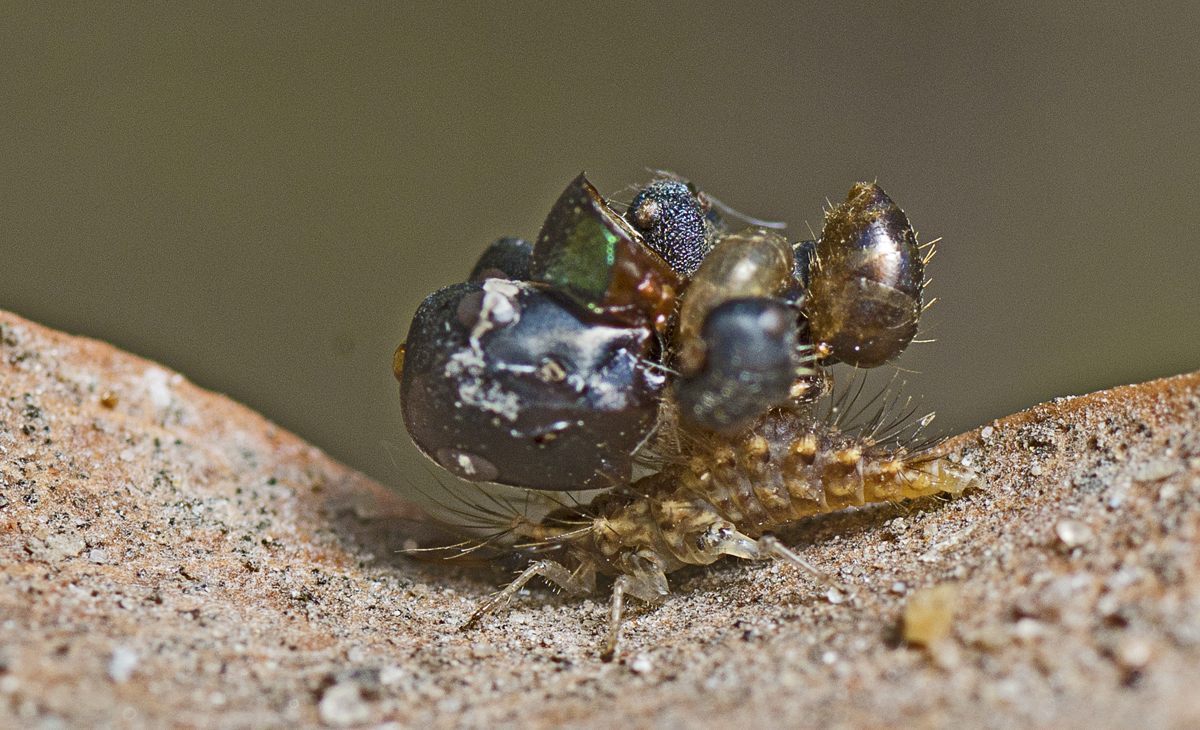 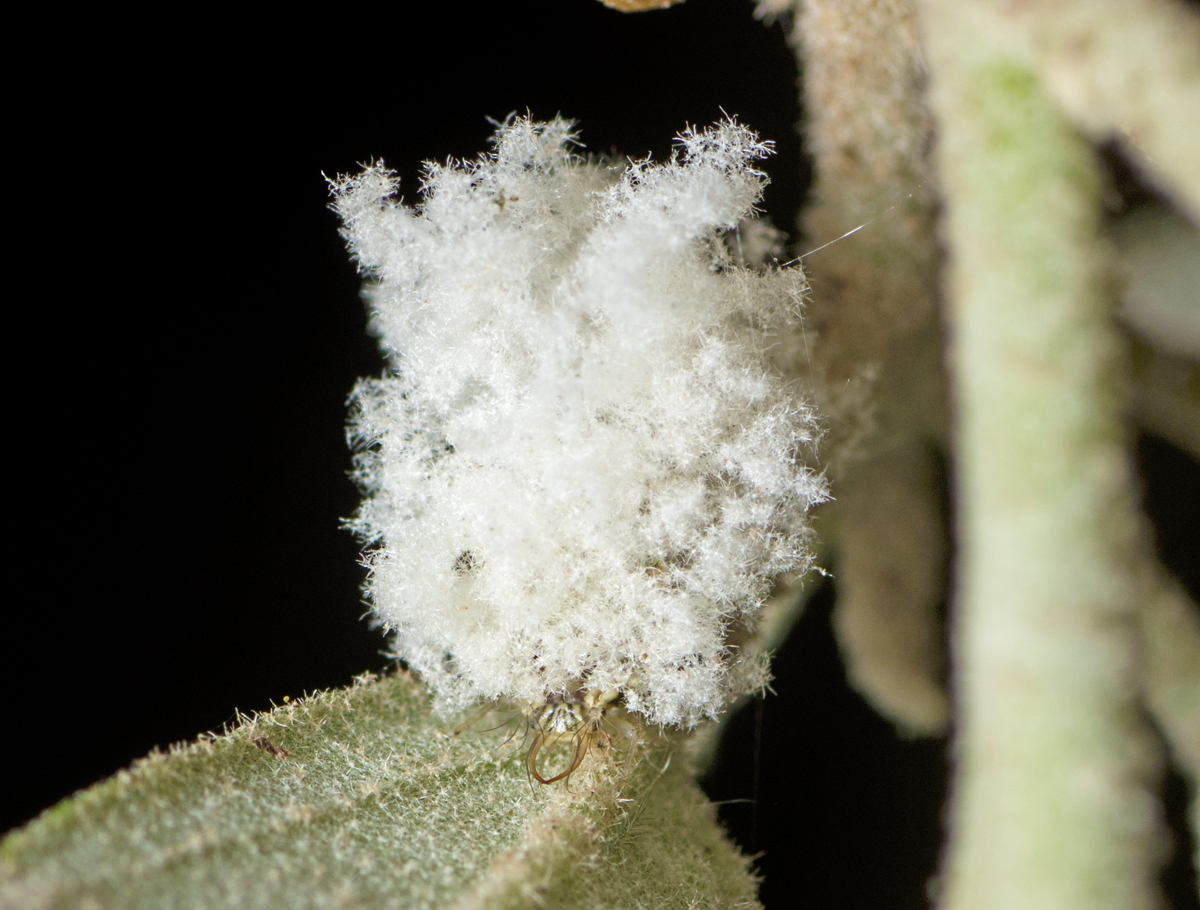 Brown lacewings, Hemerobiidae, are another family, with larvae are similar in build to those of green lacewings but much larger, unadorned and much scarier looking. Oddly the adults seem to be generally smaller than the average green lacewing. 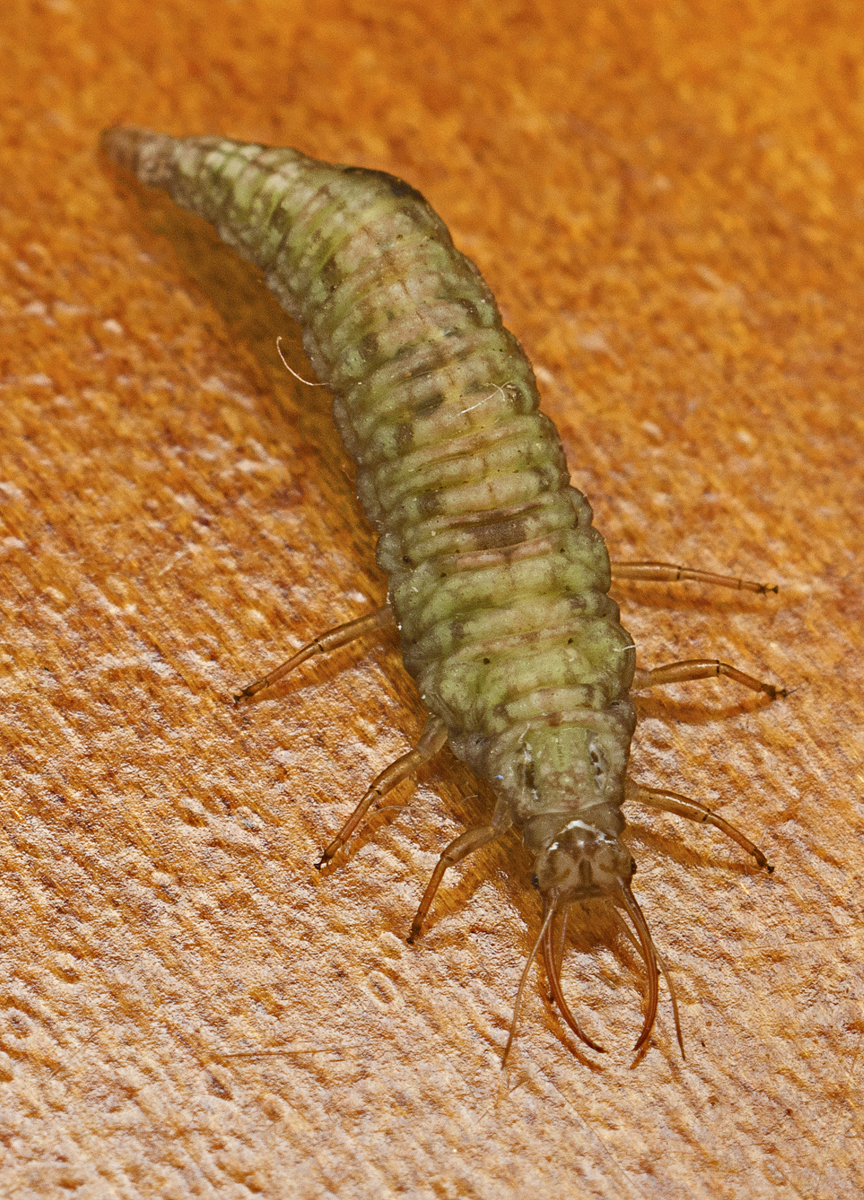 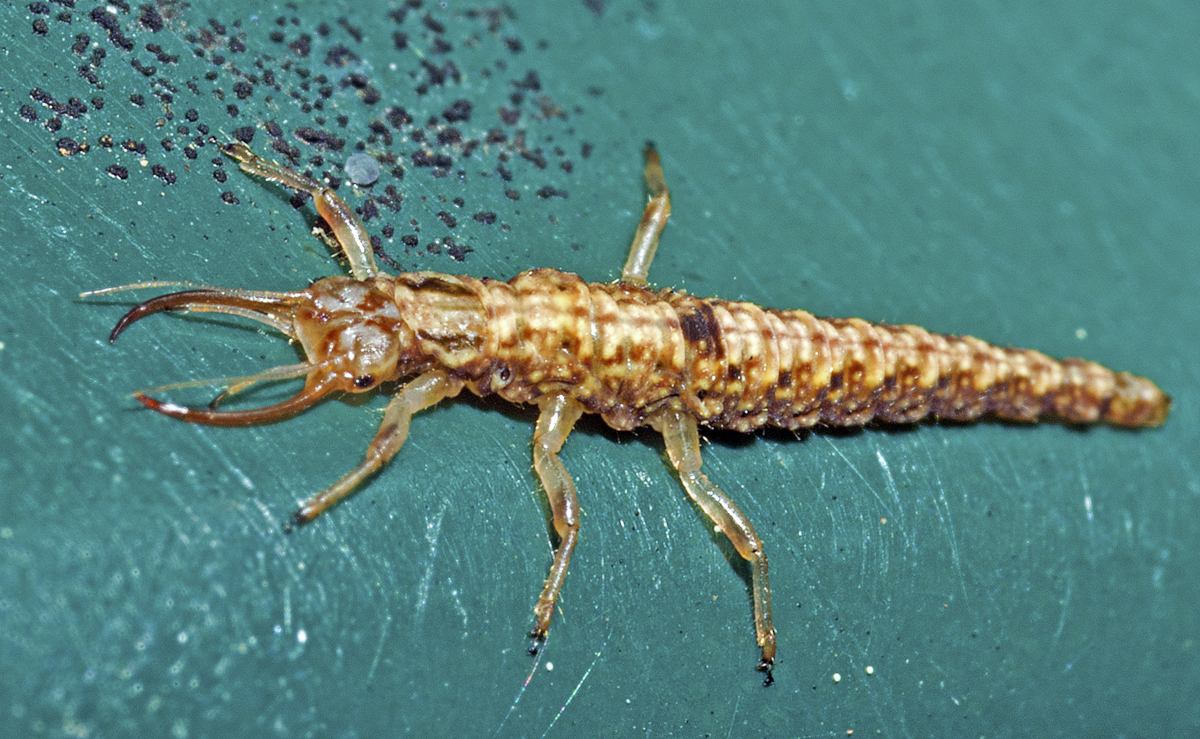 Myrmeleon, literally ant-lions, are responsible for the small conical pit traps one sees in dust and sand. To observe them, I tend to use a straw to blow away the dirt, revealing the fearsome beast. They tend to run away by scooting backwards. The transformation from this alien blob to the long damselfly-like adults occurs in a ball-like silk and sand cocoon. 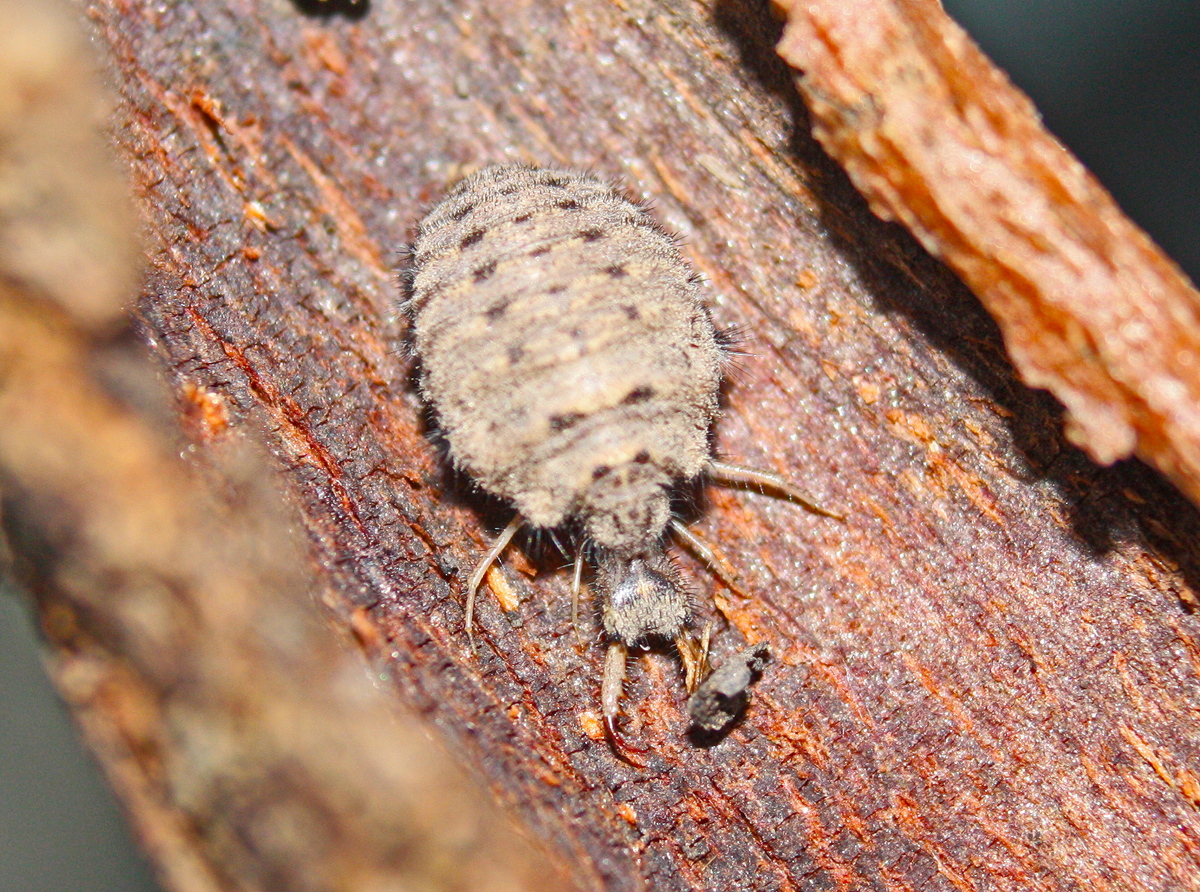 Blue-eyes Lacewings (Nymphes myrmeleonoides) eggs are easy to recognise as they make a horse-shoe shaped structure with the eggs on stalks, which you can see here along with the newly hatched larvae. 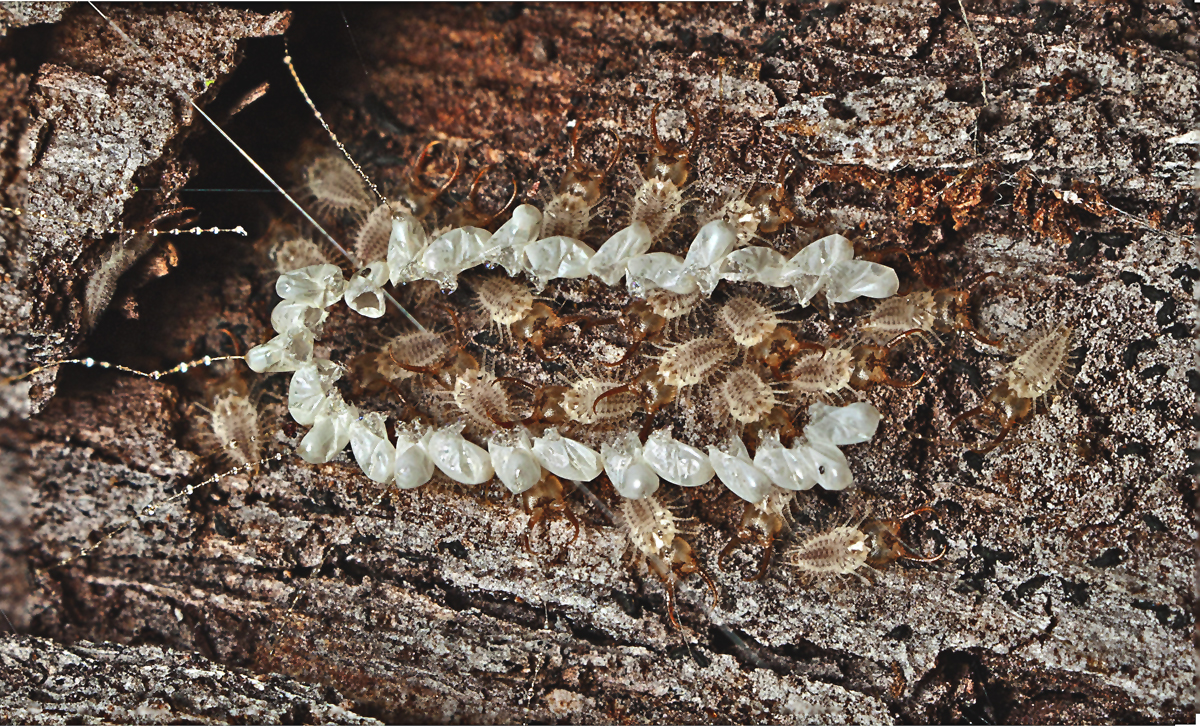 Osmylops sp. adults resemble green lacewings but are in the same Nymphidae family as the Blue-eyed Lacewing. Their larvae are flattened disks fringed with branching protuberances. They have enormous jaws hinged back 180 degrees. Unfortunately in my photo they are obscured by the fringe. 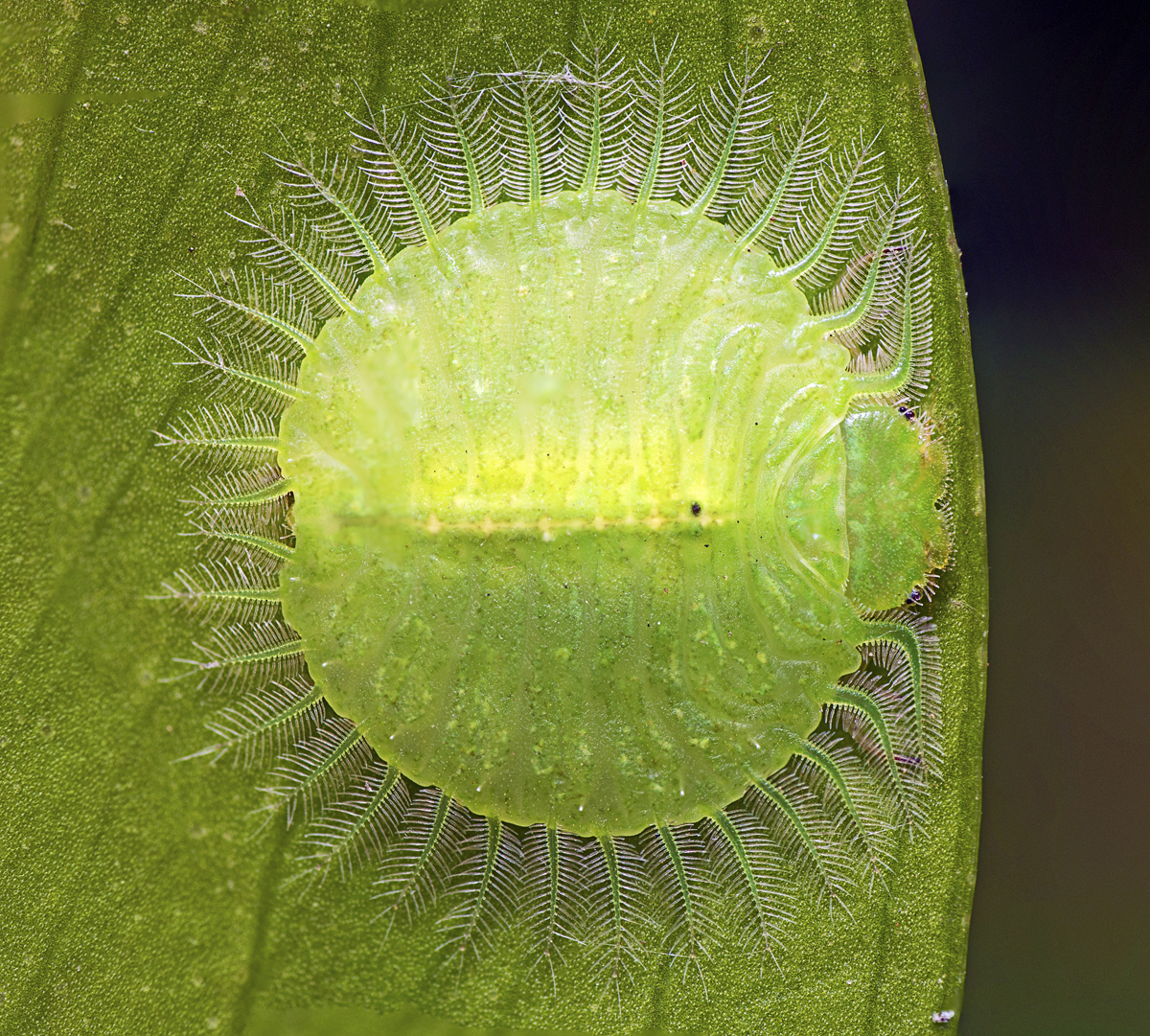