Again, the penultimate one in the queue (they come in at a rate of one per day). Please submit yours!

The reader is David Harper, who says the following:

This photograph was taken on the morning of 21 August 2017 at a ski chalet in central Idaho.  I was staying there with my wife, her sister and her Mom to watch the total eclipse which crossed the United States that day.  In the photograph, I was staring directly at the Sun during the early stages of the eclipse, but fear not, I was wearing protective glasses, so it was perfectly safe.  The chalet was in the path of totality, and we were fortunate enough to witness the entire event.  It was very memorable.  The quality of the light in the few seconds just before totality was quite eerie.  Even the squirrels fell silent.  I can understand why some people become hooked on seeing total solar eclipses, often traveling to remote locations for the thrill of watch one of Nature’s grand spectacles.I’m an astronomer by training, but I’ve worked at the Wellcome Sanger Institute near Cambridge since 1999.  It was set up in 1993 as a founding partner in the international Human Genome Project.  I was originally part of a group which applied the HGP’s DNA sequencing and analysis techniques to pathogens, including the malaria parasite P. falciparum and the various bacterial species which cause leprosy, plague and tuberculosis.  These days, I’m in the IT group, where I help to look after the hundreds of databases where the scientific data are stored.Like most of my colleagues, I’ve been working from home since late March and I expect that will continue for the rest of the year.  The Institute is actively involved in the scientific battle against Covid-19.  We are applying the latest DNA sequencing techniques to analyse clinical strains of the virus from hospitals across the U.K.My wife and I are cat-lovers, and whilst we don’t currently have any feline companions, there *are* cats in the photograph.  Eagle-eyed readers may recognise that my T-shirt depicts cats from the animated films of Studio Ghibli including (top centre) Catbus, the cat who is also a bus from the movie “My Neighbour Totoro”. 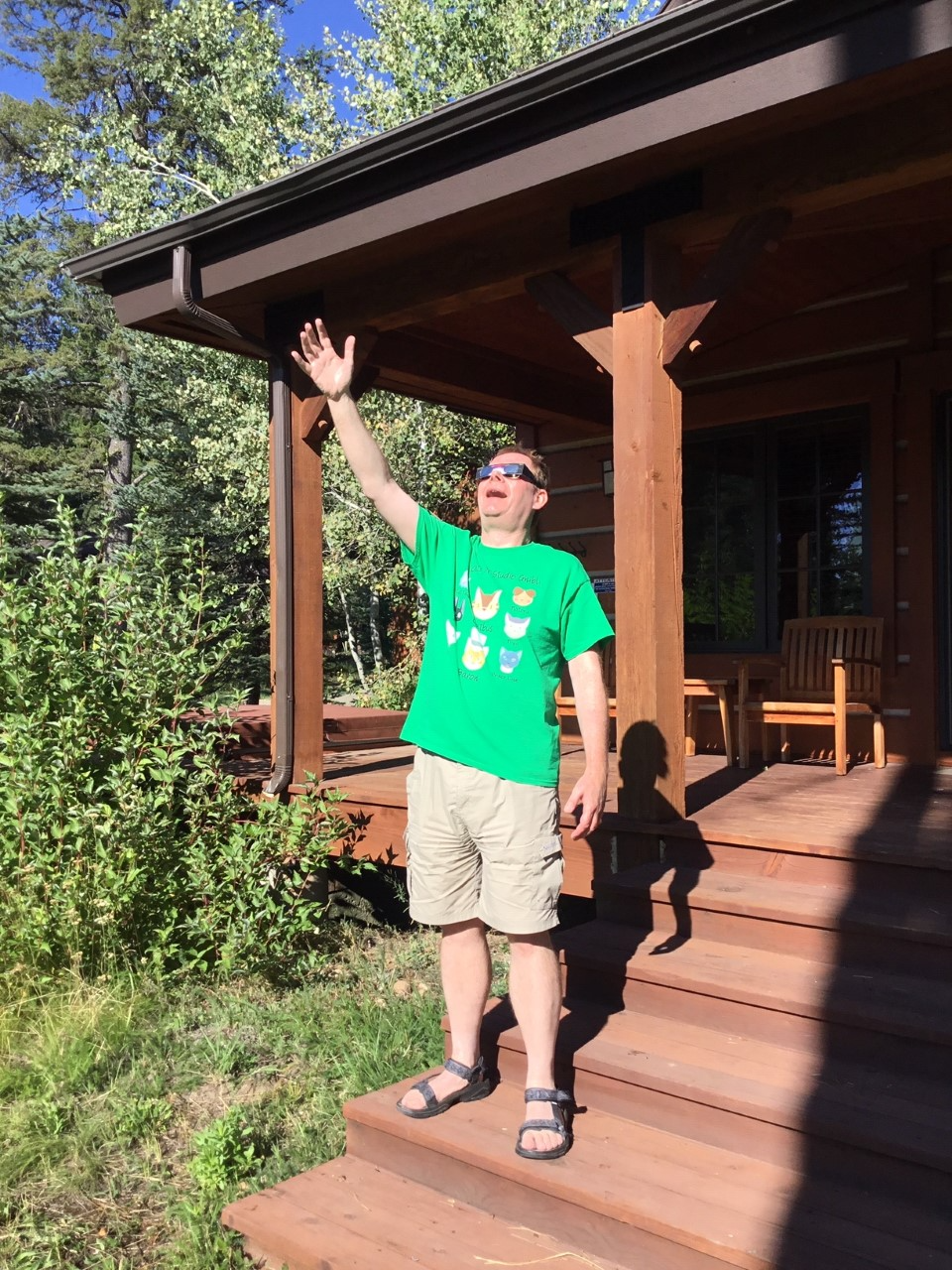 10 thoughts on “Photos of readers”