This is the last one in my tank, so if you want your photo and caption—preferably about what you’re doing during the pandemic—put on this site, send it along! Two photos max, or you can have a video. Otherwise, I’ll deep-six this feature. Today’s photo is from reader Barbara Radcliffe from Australia. Her caption is indented.

If you still want such photos I attach one of me on ANZAC Day  (April 25).  My concert band usually participates, but this year all such festivities were cancelled.  So we were invited to stand on our verandas or driveways and play the Last Post (cf Taps) at 6 am.  We were requested to wear band uniform, as I did.  I did warn the nearest neighbours,  and the nearest neighbour (#9) joined us, and Briony even brought me a bunch of flowers later in the day.  Although a bit of a pacifist, I did find  it oddly affecting, and found myself shaking while playing the last post.

We heard at least one other player (probably a trumpet) playing somewhere down the street that morning. 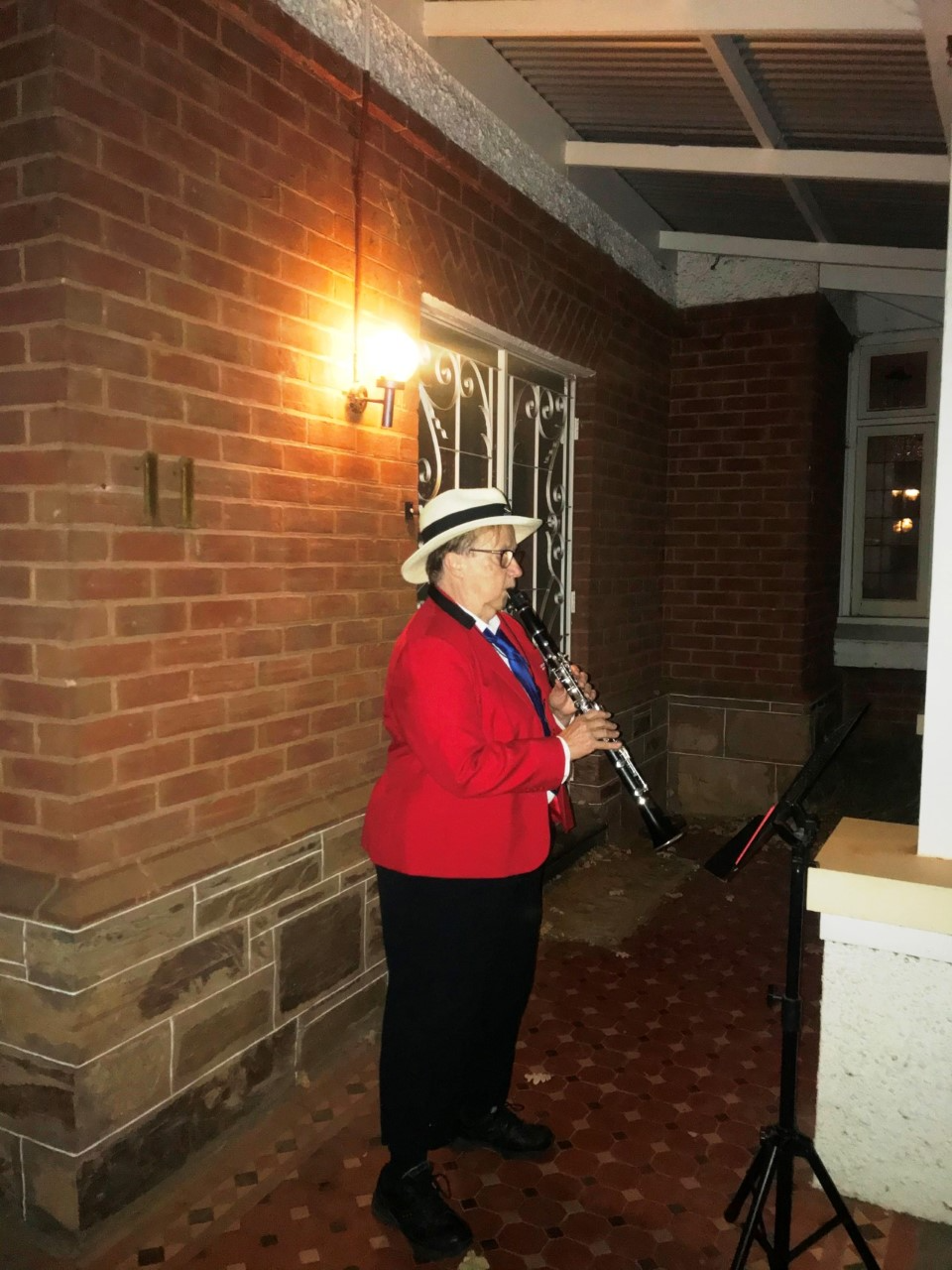 20 thoughts on “Photos of readers”