Do send in your “I’m in quarantine” shots (two max) along with brief captions.  Thanks. Today’s reader is Aussie Phil Finnimore, another in the series of bikers and motorcyclists who seem to be common among our readership (or common among those who send in photos!):

I see that I have been beaten to it by other readers who are cyclists, including the cute young Marc! Here are a couple of photos of me doing what I love. In 2018 I won the Tour de Bintan in Indonesia for my age group – over 65 (I am about a year older than Jerry) – and managed to collect three yellow jerseys over three days.

There were only 5 of us registered for the age group. Two of the others I knew from riding in Singapore where I lived at the time, and I was confident I could beat them. On the first day, the time trial of about 17km, only we three turned up. I won and took the yellow. 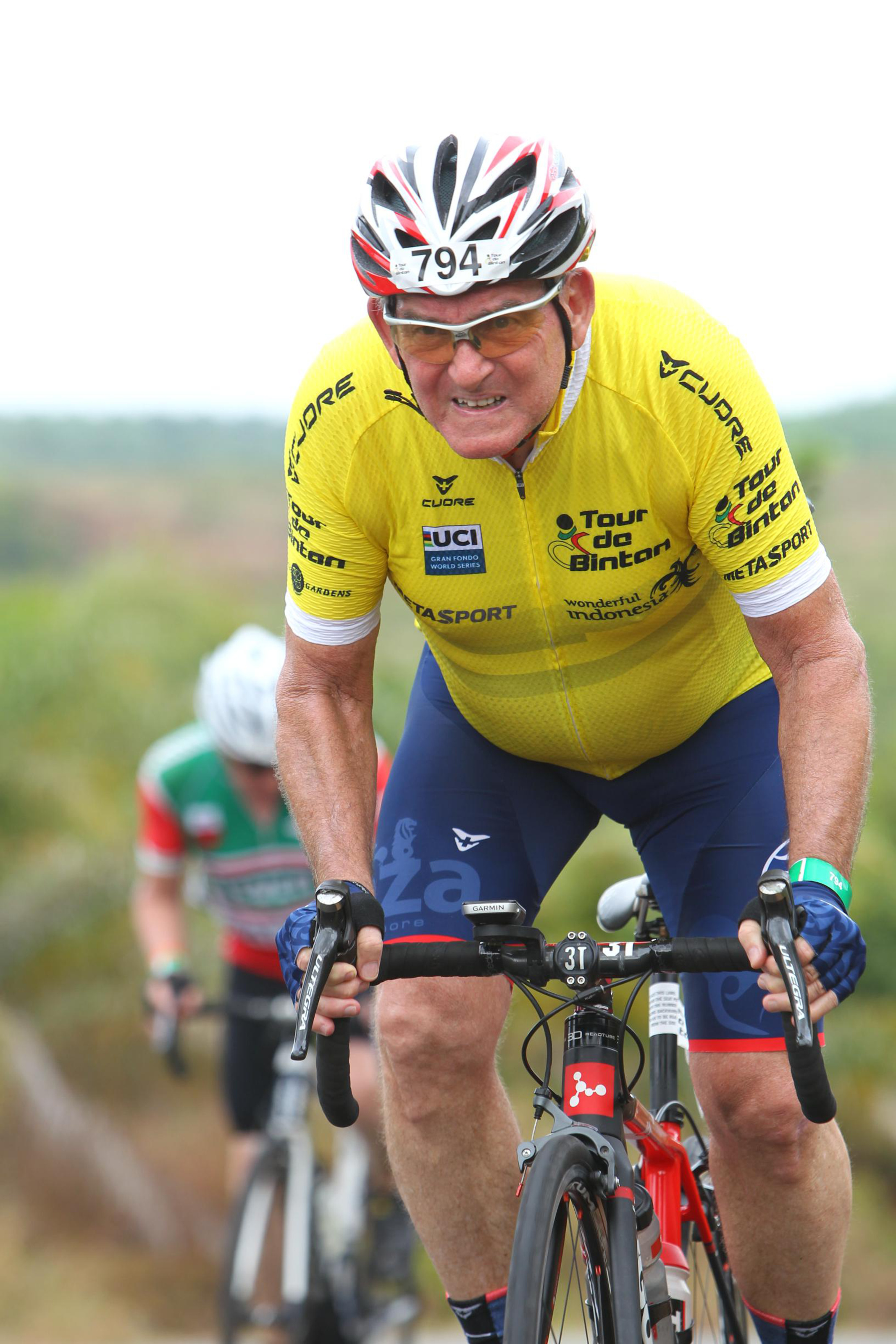 On the second day, the 144km Gran Fondo Classic (about 90 miles), the other riders turned up as well, and one of them absolutely thrashed us. Apparently, he had food poisoning the previous day. I came second, but because he did not ride the time trial, I was still leader in the GC, the General Classification, so I scored another yellow jersey.

For the third day, the Gran Fondo Century, the others had all decided enough was enough and gone home. All I had to do was manage to stay upright for 111km (about 70 miles). Not all that easy, since Bintan is hilly and hot – almost right on the equator. However, I managed to survive the third day on the bike, and consequently was rewarded with the third yellow – the only rider on the podium.

The Tour de Bintan is a qualifier for the UCI Gran Fondo World Championships, so I was able to compete in Varese, in Italy, proud to be wearing the Australian kit, as shown in the second photo. I qualified again in 2019, and competed in Poznan, Poland. Unfortunately, there will be no race this year. 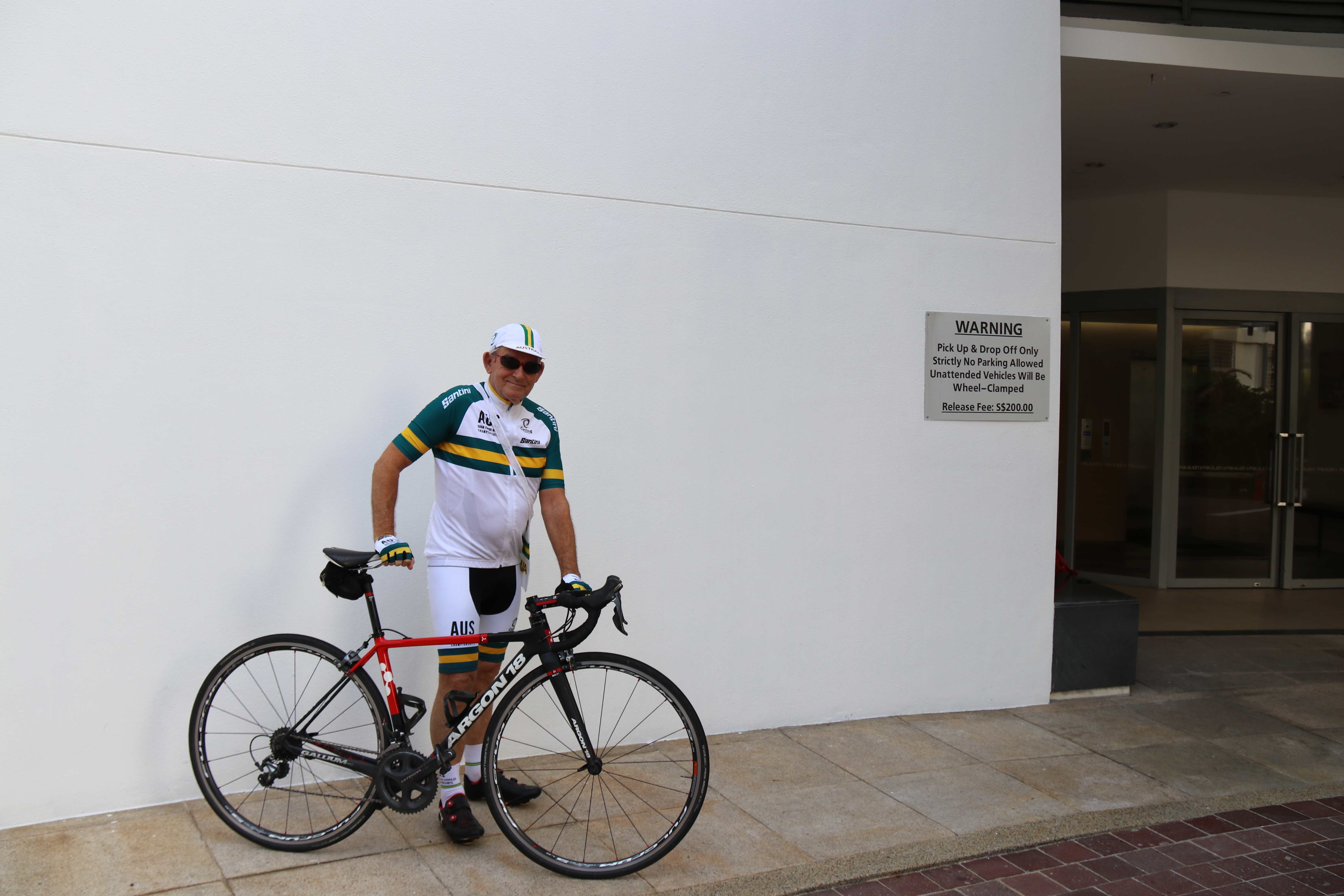 Lockdown here in Byron Bay, Australia, is not too severe, so I can do about 250km per week of cycling.

33 thoughts on “Photos of readers”