Today we have one of my favorite creatures—jumping spiders (“salticids”)—photographed by Tony Eales from Brisbane. His notes are indented below:

I’m a big fan of ant-mimicking jumping spiders. Some of them have extreme modifications to the basic spider body plan as well as behaviours like holding their forelegs up to imitate antenna. However this is the first time I’ve seen this. This ant mimic Myrmarachne sp. imitates rattle ants, Polyrhachis (Cyrtomyrma) sp. These are formicine ants, meaning they have no sting and instead spray a nasty formic acid chemical cocktail at attackers and prey. When threatened, they sling their abdomens underneath their body ready to spray anything that gets too close. This ant-mimicking spider seems to also be able to mimic this distinctive posture.

Males like this one are very easy to distinguish from ants, at least to our eyes because of the extraordinary long jaws. The females however are indistinguishable at a glance from the ants they mimic.

These male jaws are amazing sexual features. I had the good fortune to find a male the other day that seemed to be obsessed with opening and flexing its jaws, not something they tend to do for more than a quick second usually. 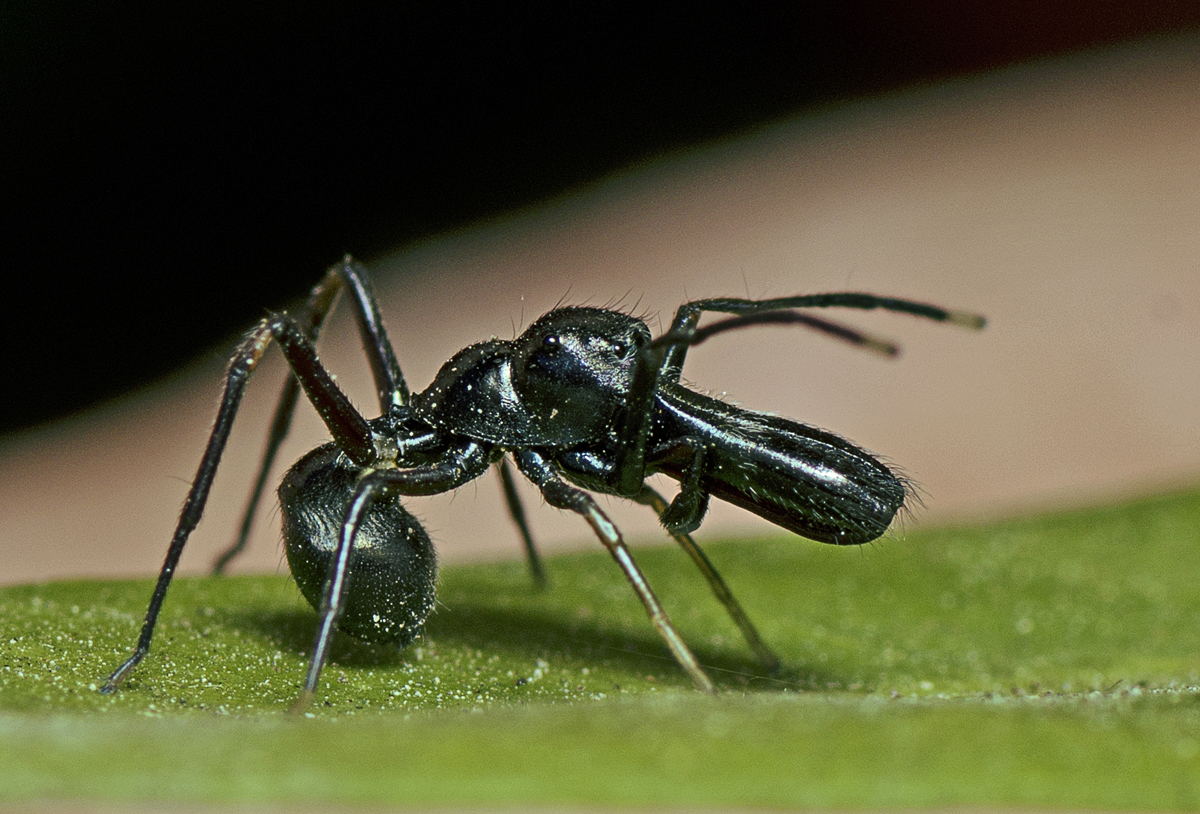 Look at those gaping jaws! 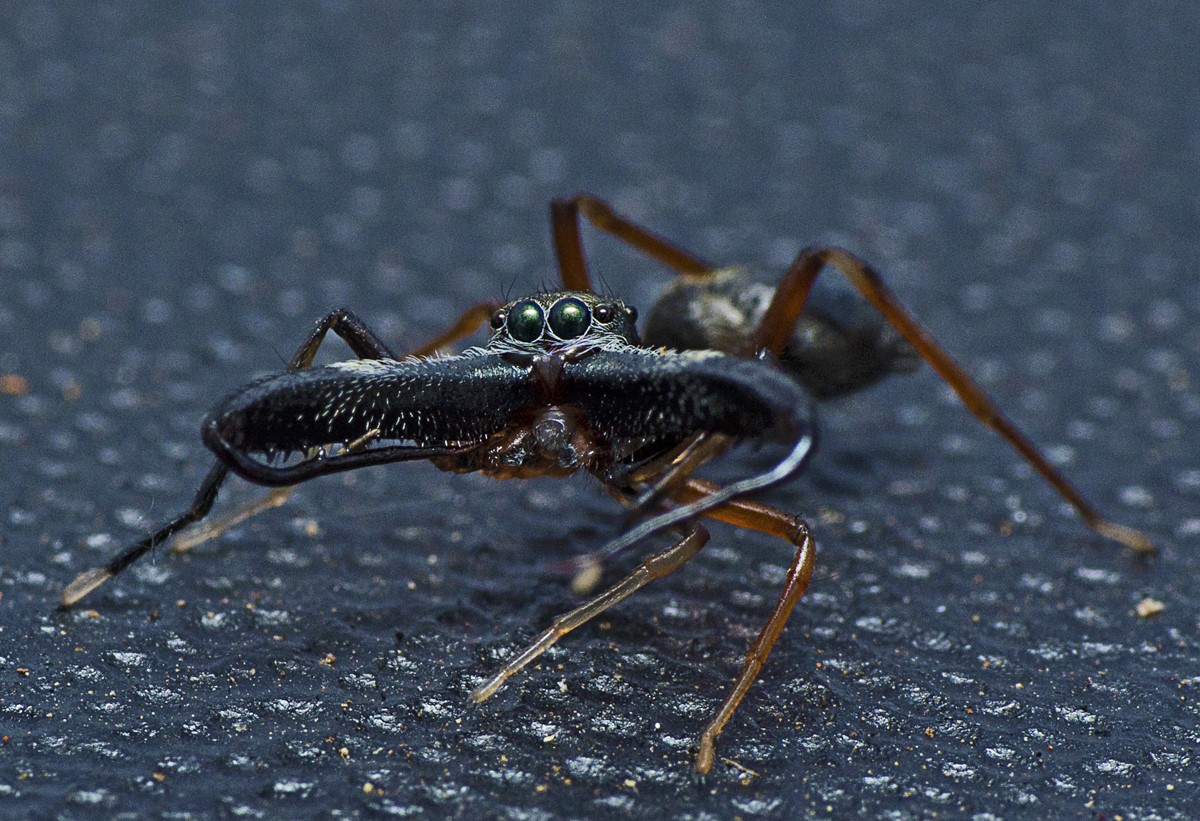 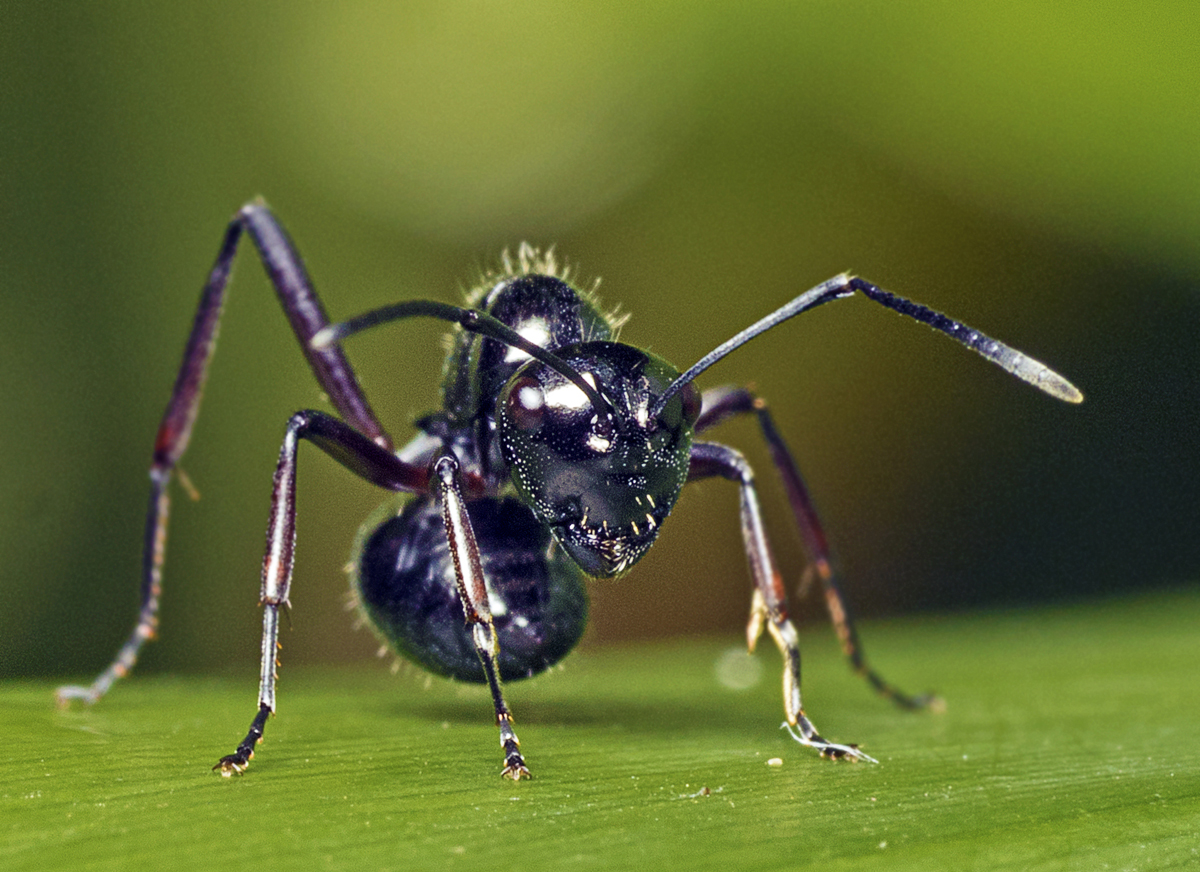 JAC: A female. Note how their first pair of legs resembles the antennae of an ant: 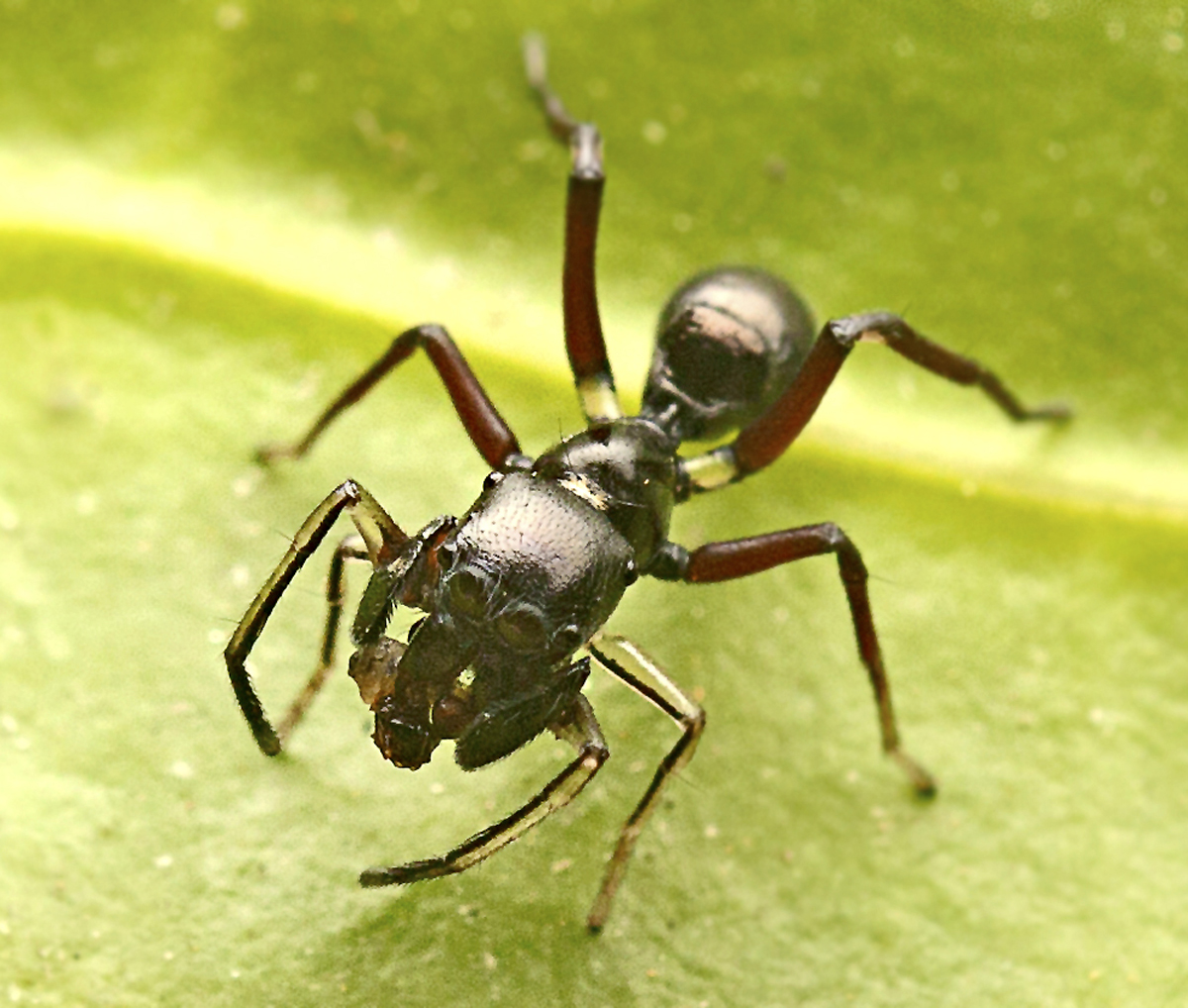 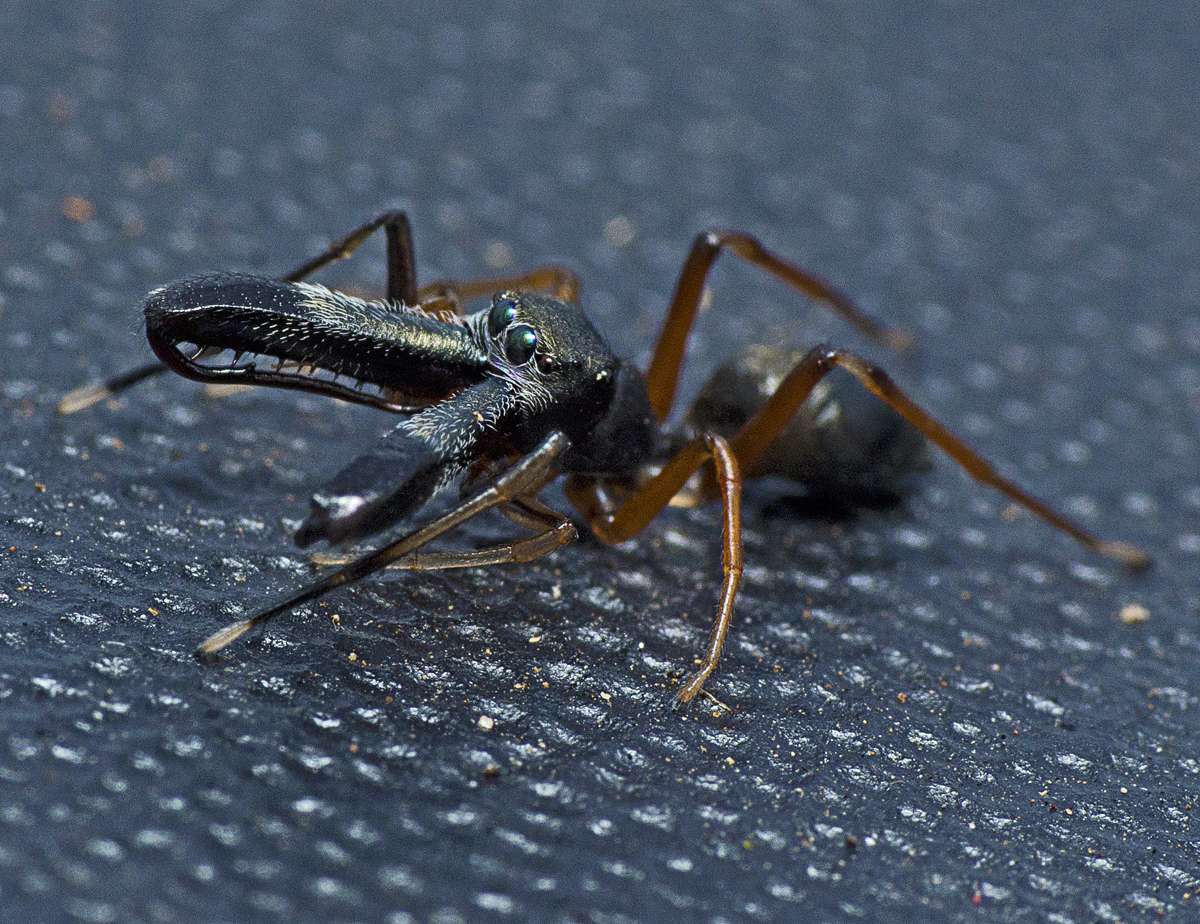 I found another ant mimic, Myrmarachne cf bicolor, in my back yard. As you can see from this one on my finger, they are very small. These ants mimic strobe ants,  Opisthopsis sp. Again, not a stinging ant. In fact, we have a number of rather painful stinging ants, but I can’t think of any jumping spiders that mimic these ants. They always seem to mimic formicine ants. 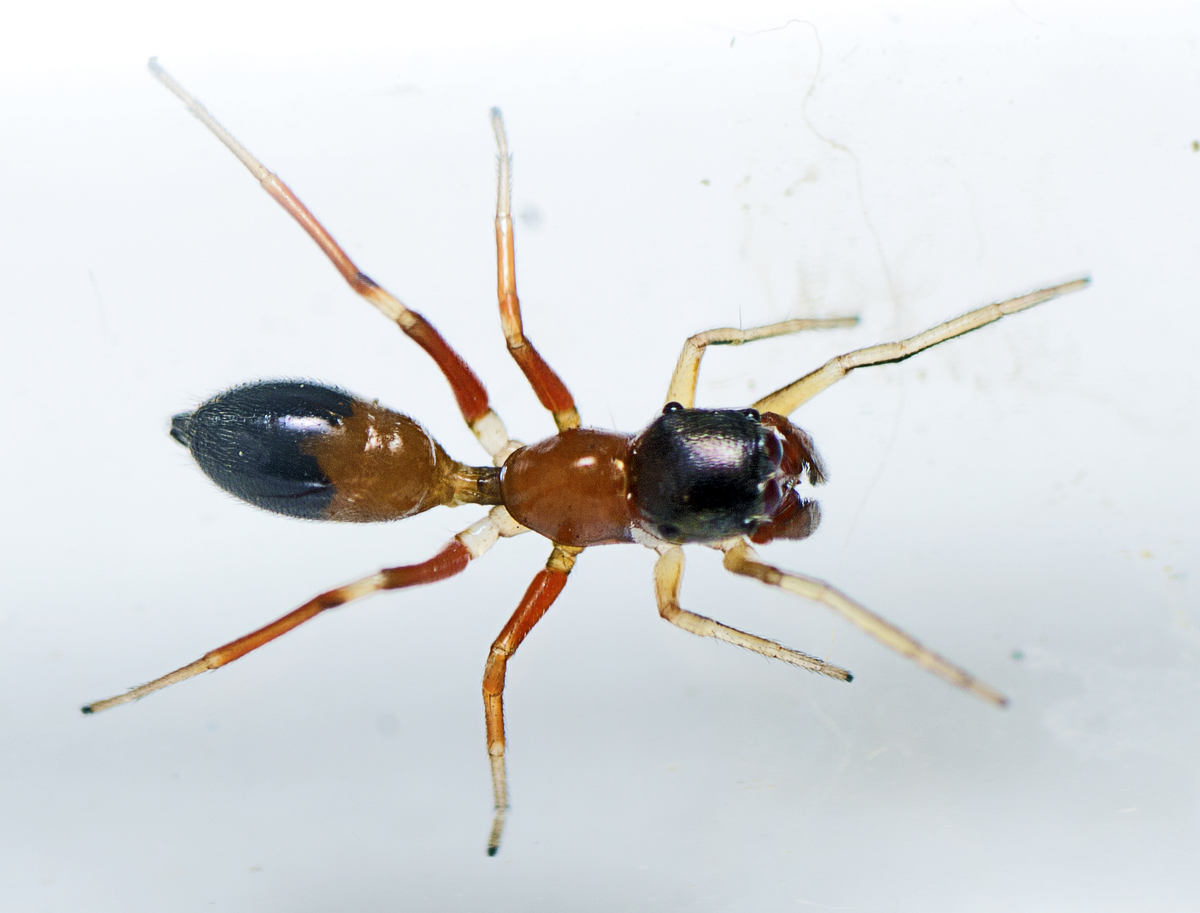 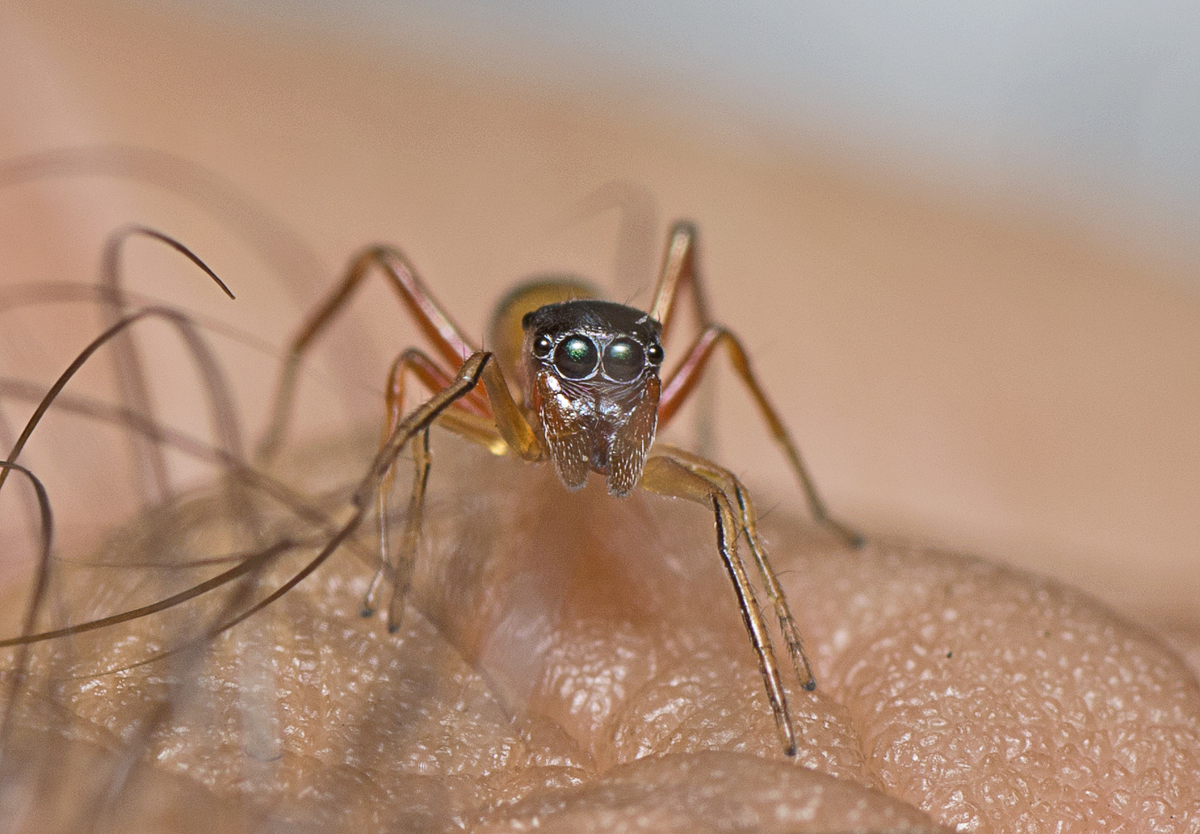 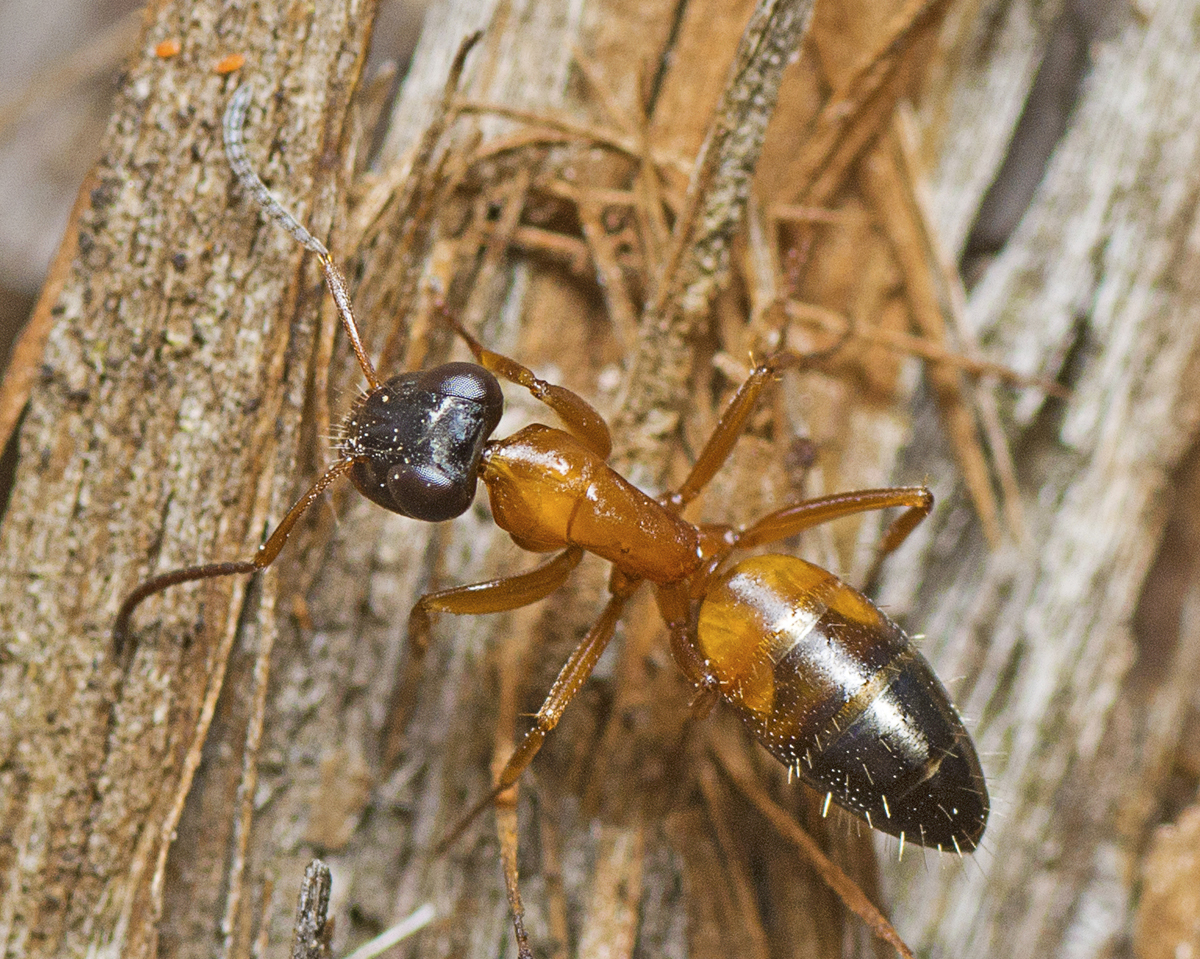 Finally a few cute pictures of tiny juvenile jumping spiders having a munch. 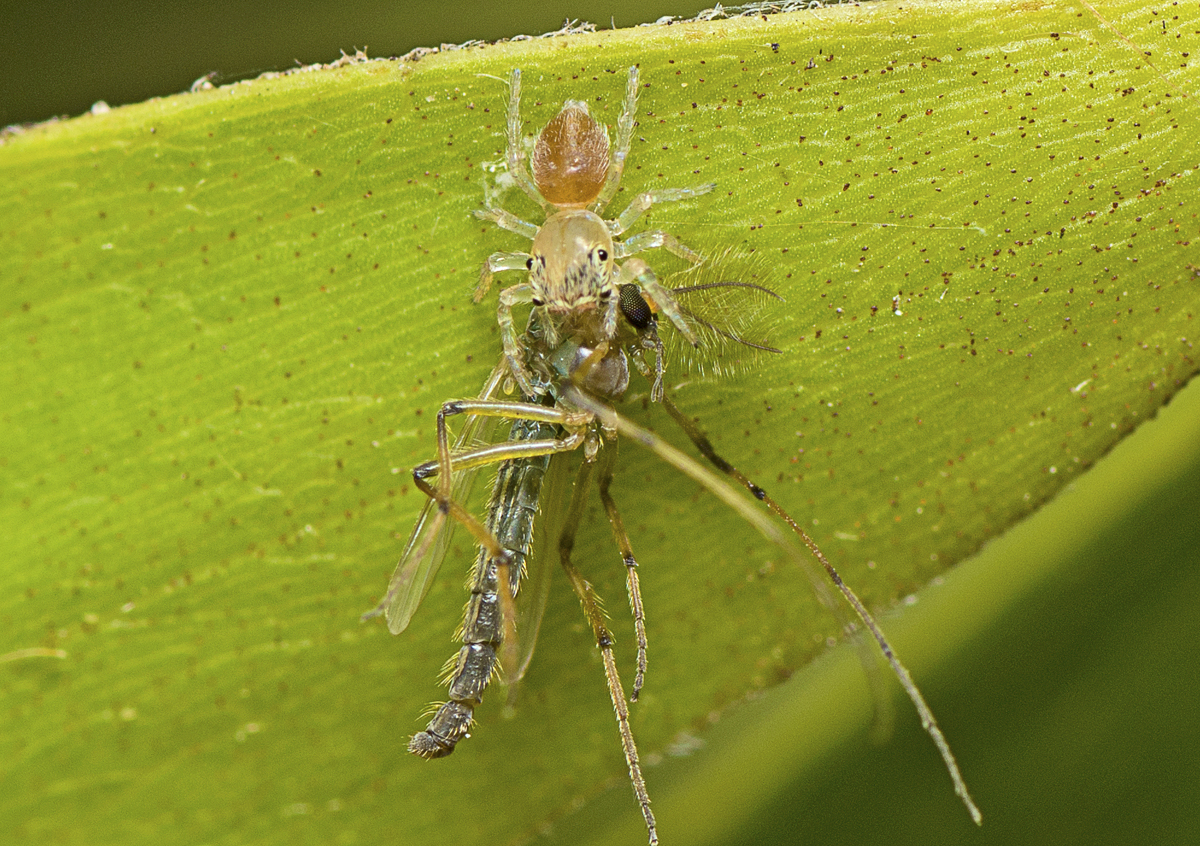 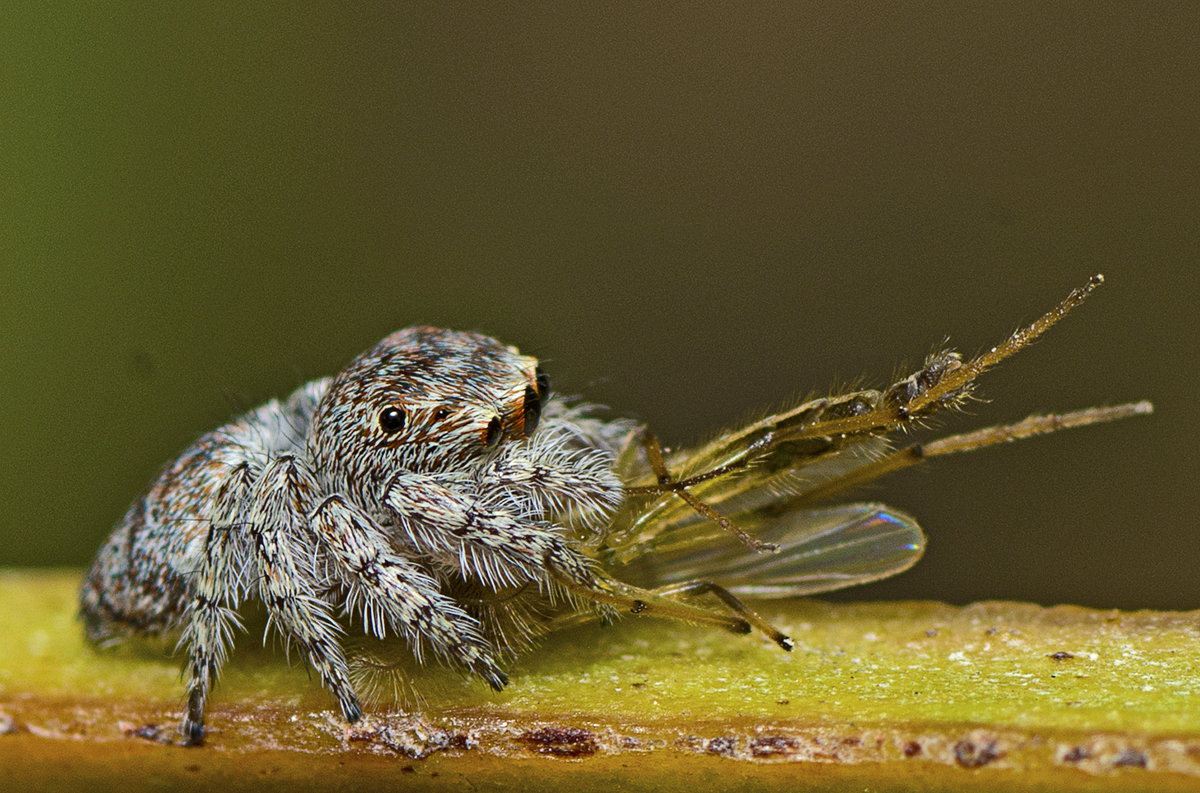 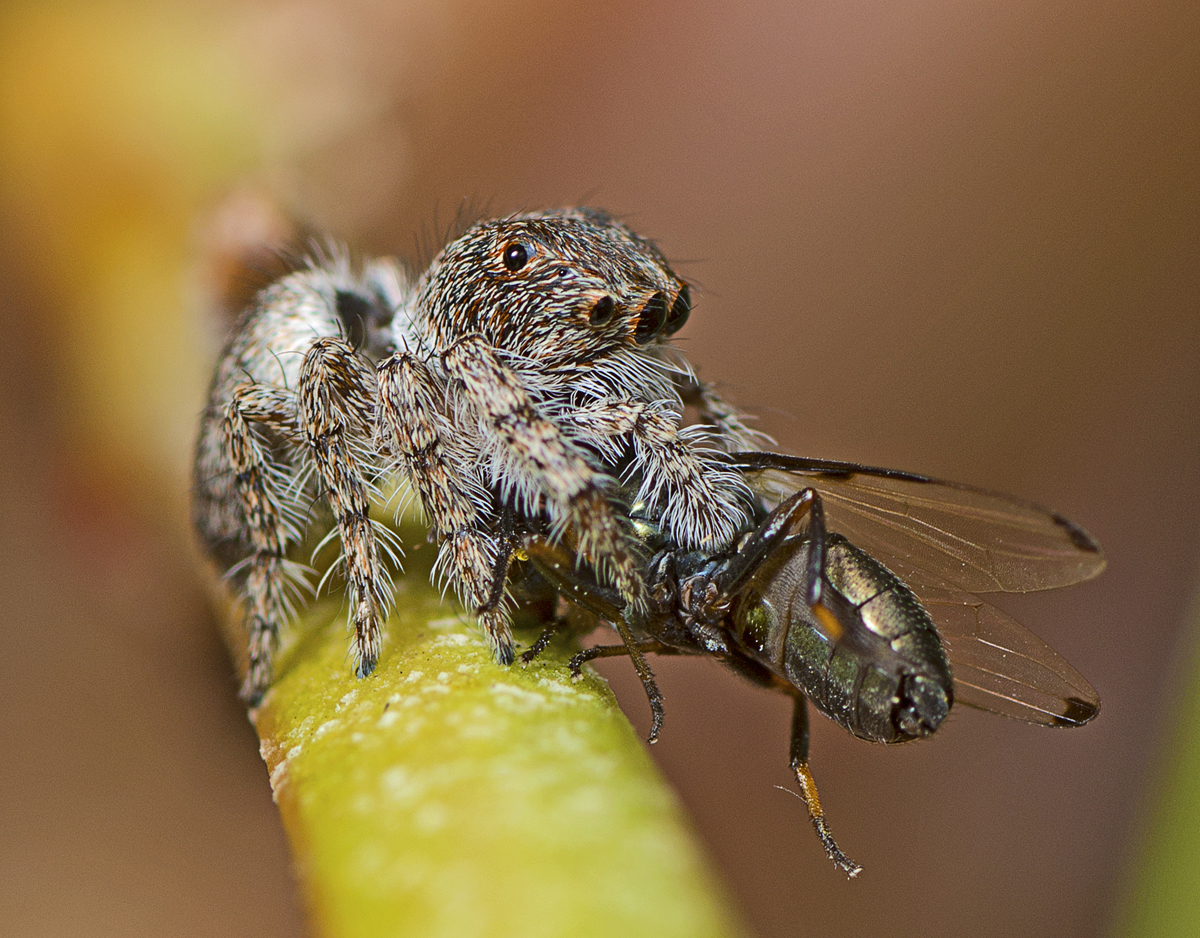