Reader Edward sent this breathtaking photo of a mirage of the Chicago Skyline, just featured as the Earth Science Photo of the Day.  It was taken in 2008 from the Indiana Dunes, a state park 37 miles from the city, and a place from which the city isn’t visible.  It is in fact an inferior mirage, formed only under special atmospheric conditions (see also here). Those distant “puddles of water” that you see far away on a hot highway, for instance, are inferior mirages of the sky. Read more at the first link, including details about the equipment and how the photo was taken. 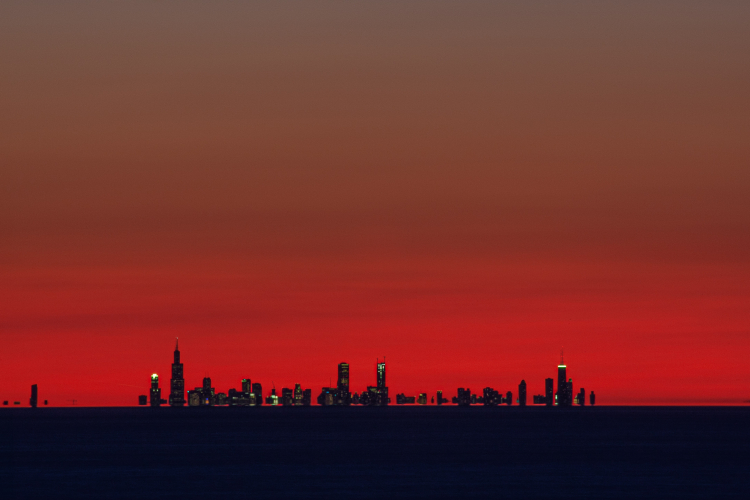 14 thoughts on “A mirage of Chicago”