I gather that Queen Elizabeth doesn’t give many televised addresses apart from her Christmas message, but made an exception for this pandemic. What’s also unusual in this one (the rest is pretty predictable) is that she gives a shout-out to nonbelievers, who are, after all, a sizable segment of the UK population.

I find the Christmas messages deadly boring, but this one’s not bad, and only 4½ minutes long. It’s what the nation wants from its Queen at this point—resembling a wartime “buck up” and pat on the back to Britons. It includes a shoutout to healthcare workers, a plea for residents to stay at home, and a call for her people to stand together. Her phrase, “those who come after us will say the Britons of this generation were as strong as any”, reminds me of Churchill’s 1940 speech “This was their finest hour“, referring to how Britons in centuries to come will refer to their predecessors during World War II.

And, at 2:48, she lumps believers with nonbelievers when referring to people coming together in this time of crisis. Her words: “Although self-isolating may at times be hard, many people of all faiths, and of none, are discovering that it presents an opportunity to slow down, pause and reflect in prayer or meditation.” (Screenshot below).

That phrase “and of none” must have required deliberation. I don’t know if she writes her own speeches (she must have help), but someone decided that it’s time to include the atheists, too. After all, they’re part of everyone “pulling together.”

Finally, she recalls her broadcast with her sister in 1940 during the war, speaking to and reassuring the children of Britain.  She ends with reassurance that the nation will once again resume normalcy after this is over. It is a speech Churchill could have made—with more eloquence, of course—during World War II. All in all, not too shabby. 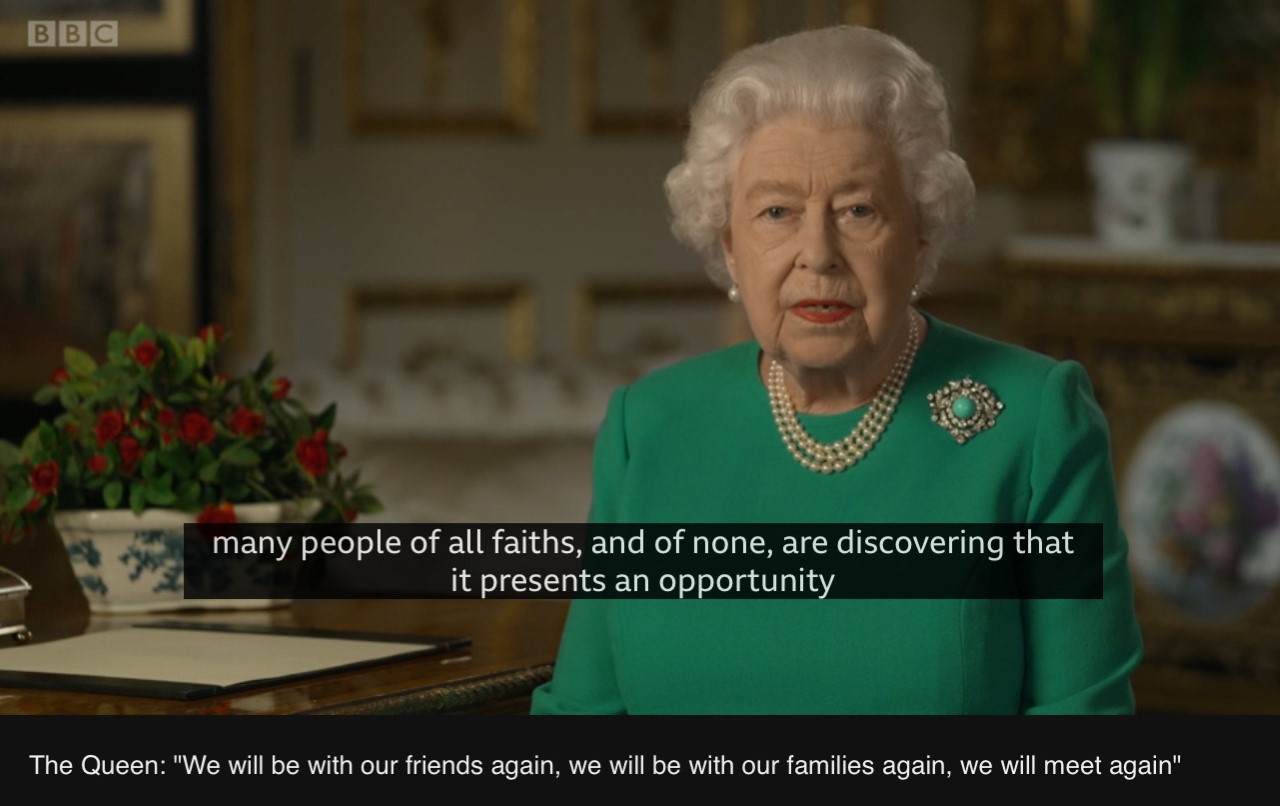 123 thoughts on “The Queen gives a shoutout to atheists”