Please send me your good wildlife photos because the tank is below the level I’d like. Now that we’re all chilling at home, you should have time to get together ten or so photos. Thanks!

Today’s contribution is from Mark Sturtevant, insect photographer par excellence. His words and IDs are indented:

Today we have some slightly weird looking arthropods to look at.

First, a common spider that resides politely and unobtrusively in peoples’ basements. This female long-bodied cellar spider is carefully tending her egg sac, which is typical since this group of spiders make doting parents. I kept this lady in a shoe box for about a week, and intruded on her every day or so to take pictures. 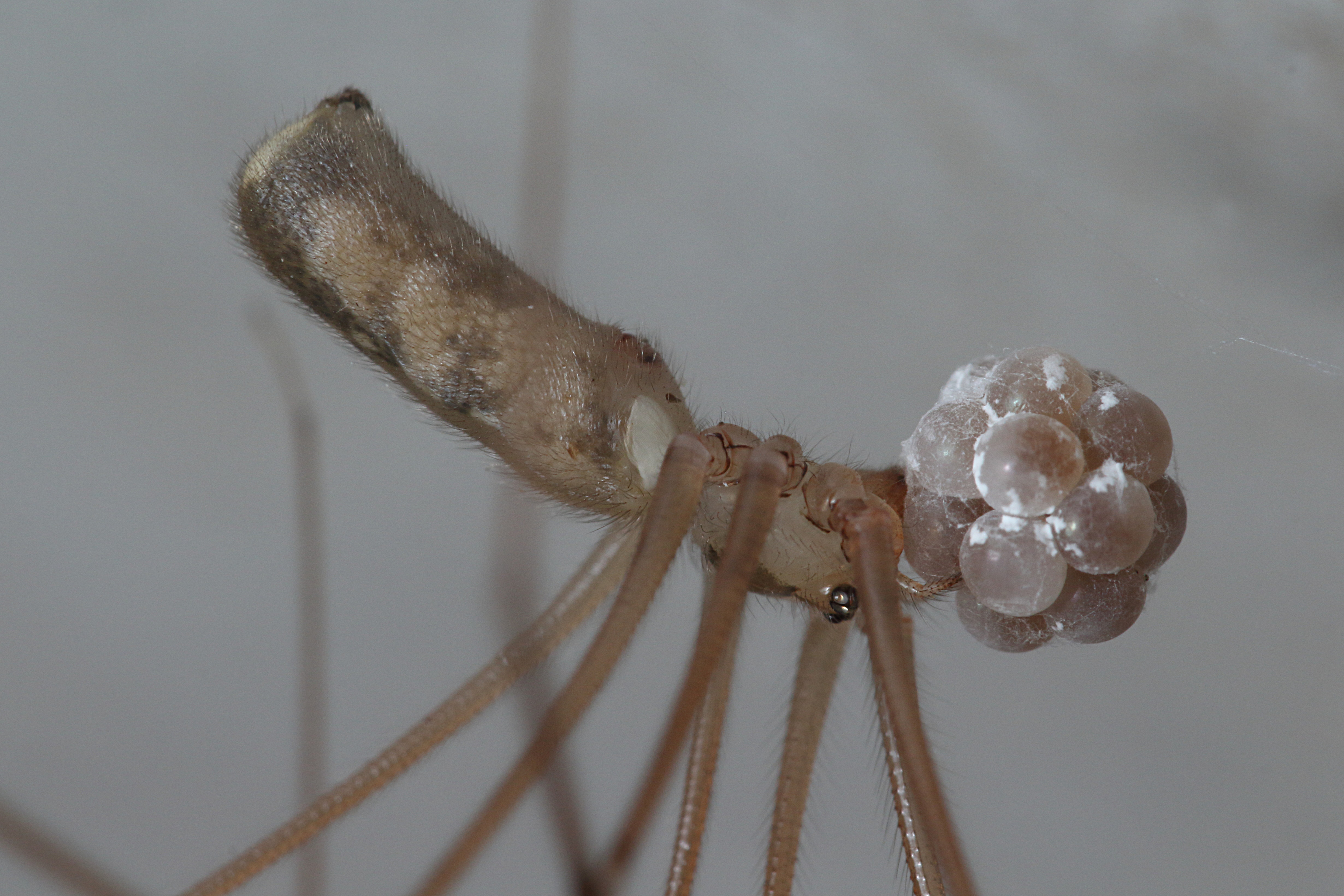 What is interesting about their egg sacs is that they use very little silk to wrap them, so the eggs are plainly visible and the embryos can be seen thru the egg shell. In the second picture you can see the mature spiderlings inside the eggs. For a given egg, the pale bulging area is the carapace of the spiderling, and the curvy lines are their long legs bundled together. A day after the last picture, the spiderlings had all hatched and were all over the inside of the shoe box. I would very much like to have photographed the hatching, as I understand it is pretty cool to see.

According to website known as BugGuide, pretty much every cellar spider you see in the U.S. will be one of 3 introduced species.  Based on the markings on the carapace, this one is probably Pholcus phalangoides, 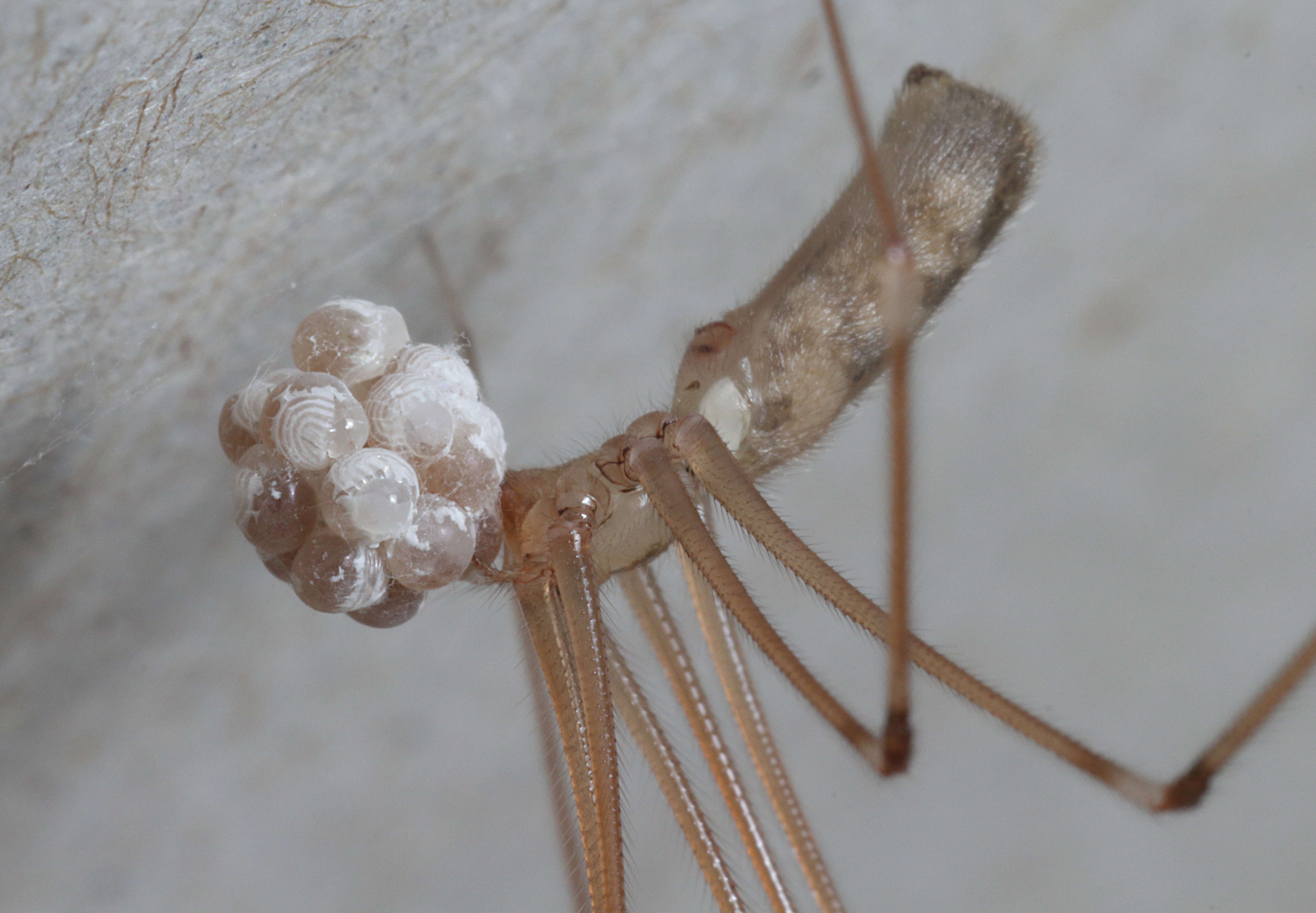 Planthoppers from the family Derbidae range from the unremarkable, to the fairly weird. I know of 3 weird species where I live, and so. . . Let’s Meet the Derbids.

The first two pictures are of Anotia uhleri. I call this the “new Derbid” because it was a new species for me recently. 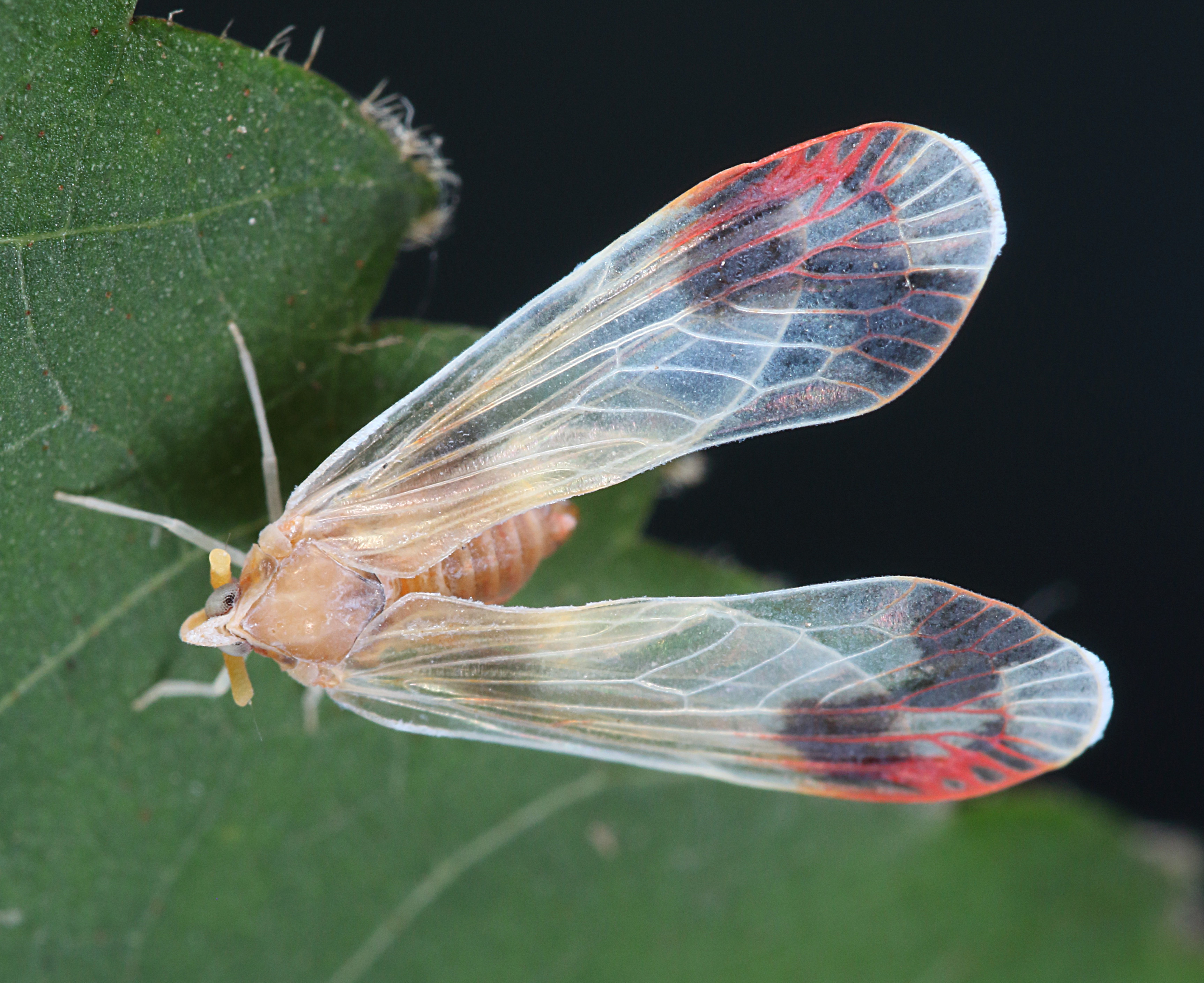 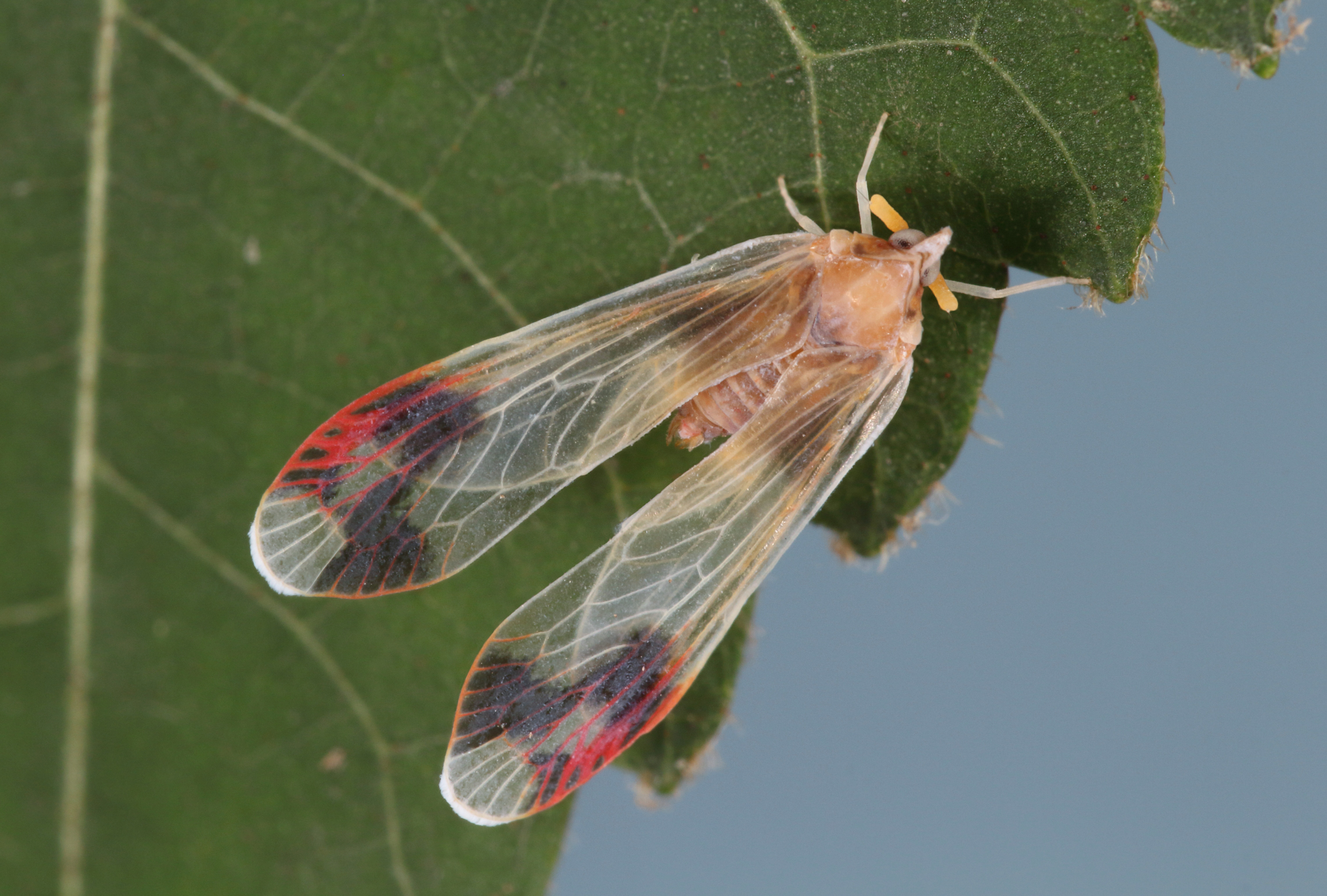 The next two pictures show the “pale Derbid”, Otiocerus wolfii. Planthoppers tend to have highly shortened antennae, tipped with a stout bristle called the “arista”. In these Derbids, the antennae are secondarily elongated but they still have the arista. The antennae can be raised, as in the first picture, or flattened down alongside the strangely expanded head. After an extended period of staring at these things, I have yet to work out the convolutions of their antennae. Derbid antennae are a mystery. 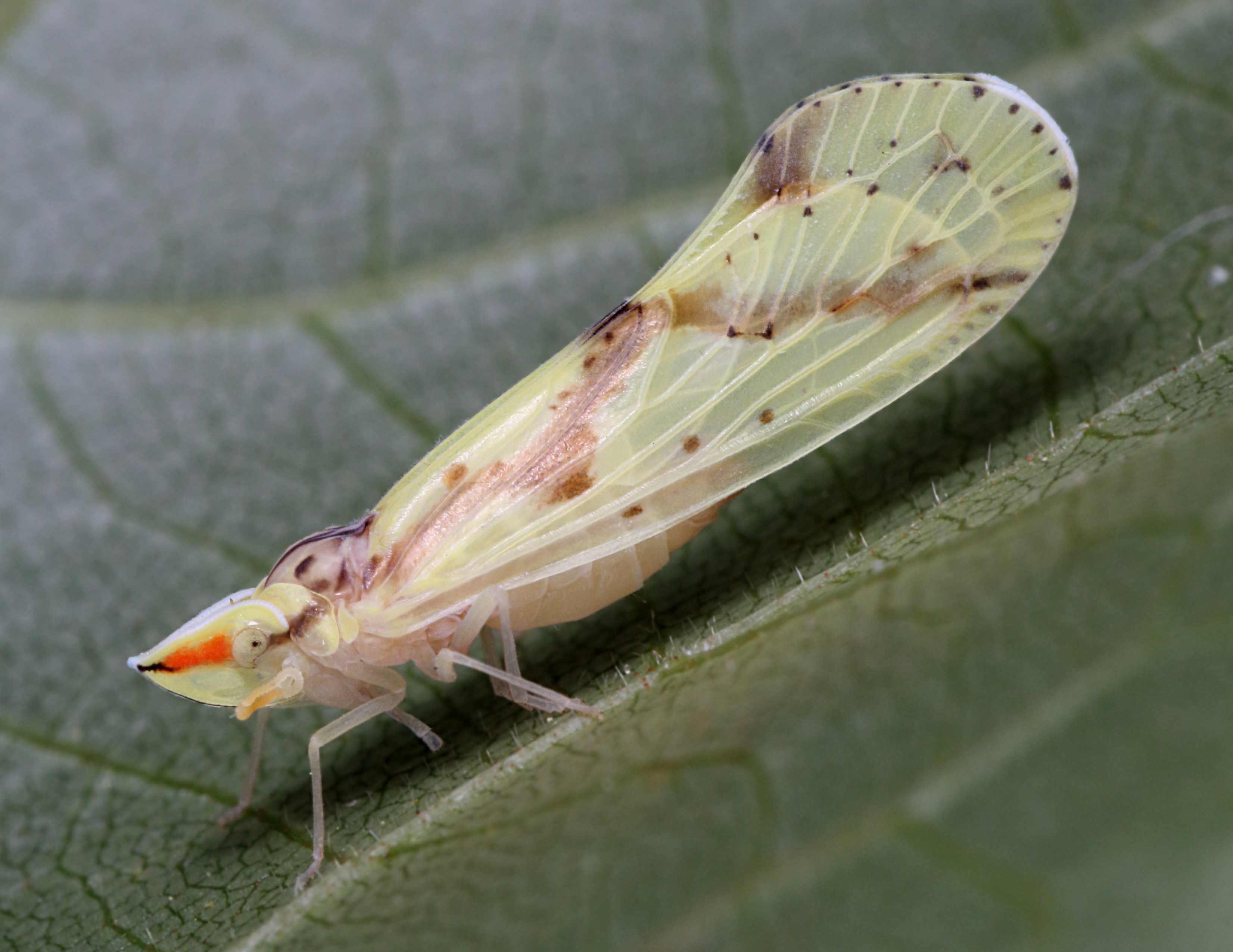 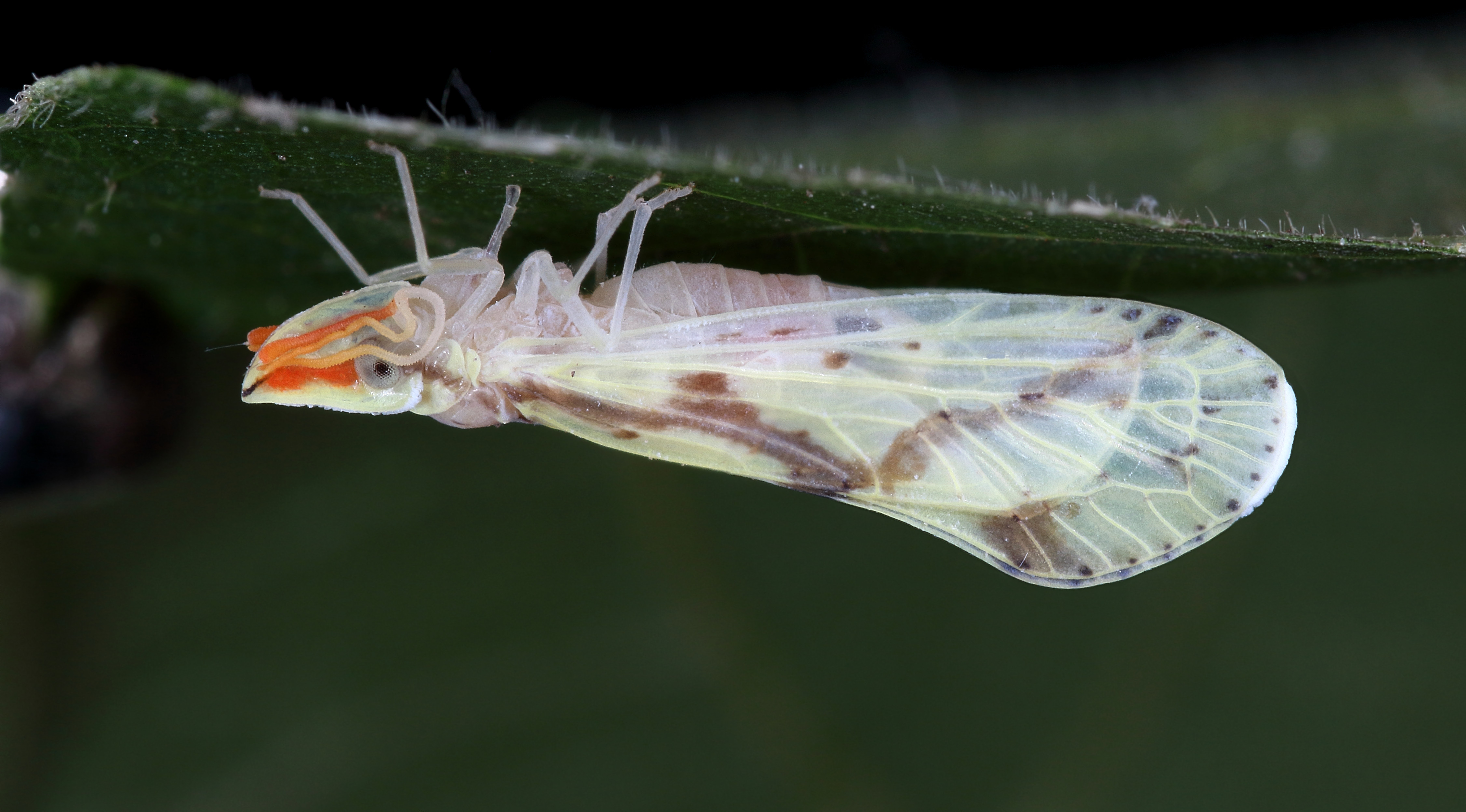 Finally, we have the “red Derbid”, Apache degeeri, which is both my favorite and my first Derbid. I well remember the astonishment of many years ago when I first came upon one of these. I was not even sure what insect order I was looking at, and that does not happen every day! 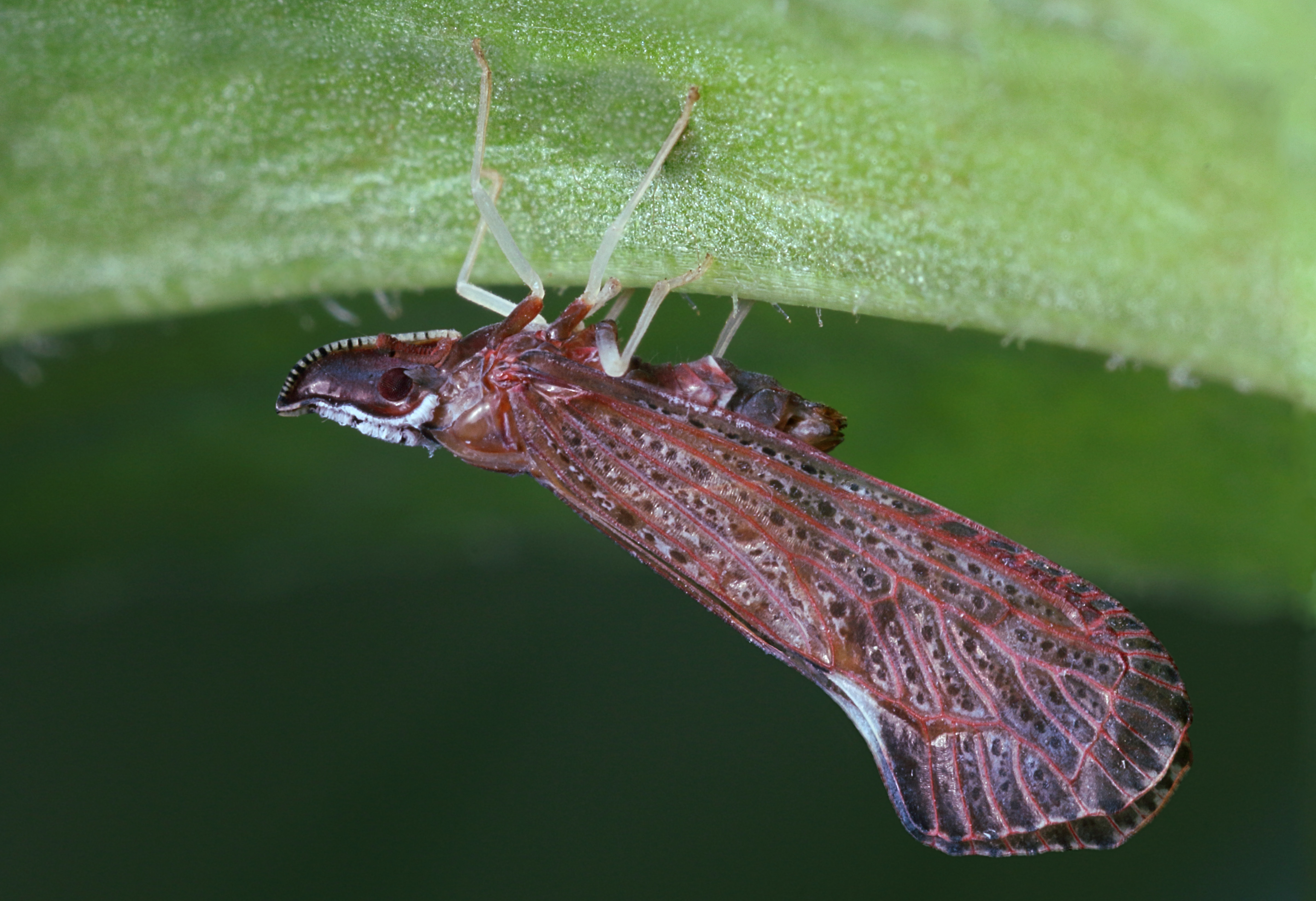 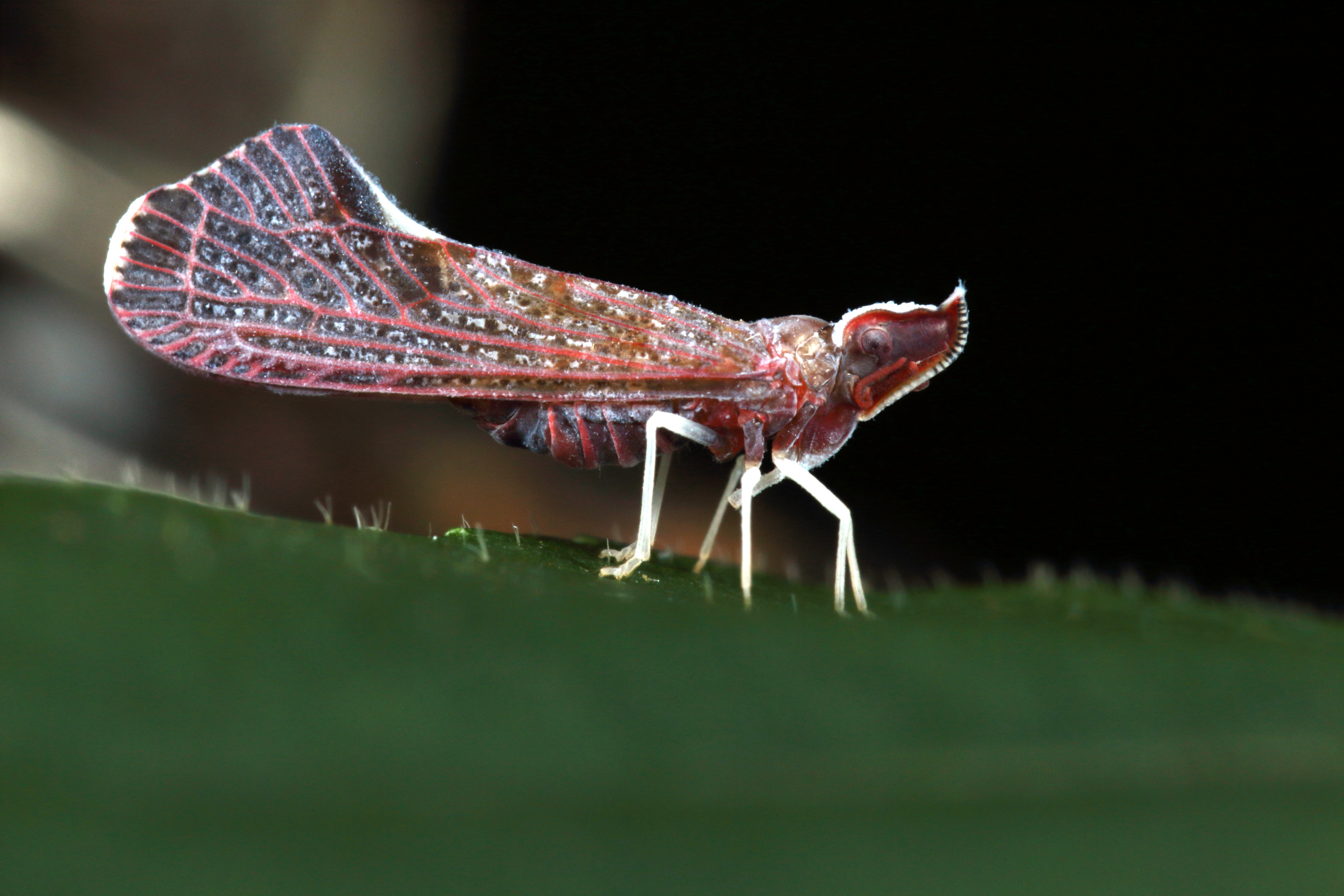 I find Derbids by slowly going down forest trails and looking under leaves. I find many other interesting things this way, but Derbids will always be special. Most of these pictures were taken as staged shots indoors in front of a large window. Unlike other planthoppers, Derbids have a mellow nature, so careful handling will generally yield several pictures before they start feeling restless and flutter weakly away (they are not strong fliers). But they always go straight to the window where they can be retrieved and carefully set back on the stage again. Of course they were released after they were “borrowed” from nature for a while.