During this pandemic, it’s a great palliative for me to feed the ducks. I’m in isolation, not near anybody, and the waterfowl are getting ready to nest.

Yesterday morning I went to the pond and didn’t see anyone. But then I heard loud and repeated quacking from above. I thought a hen was flying in, but nobody landed. Then I looked up at the third floor of Erman Hall. . .

Can you see her? 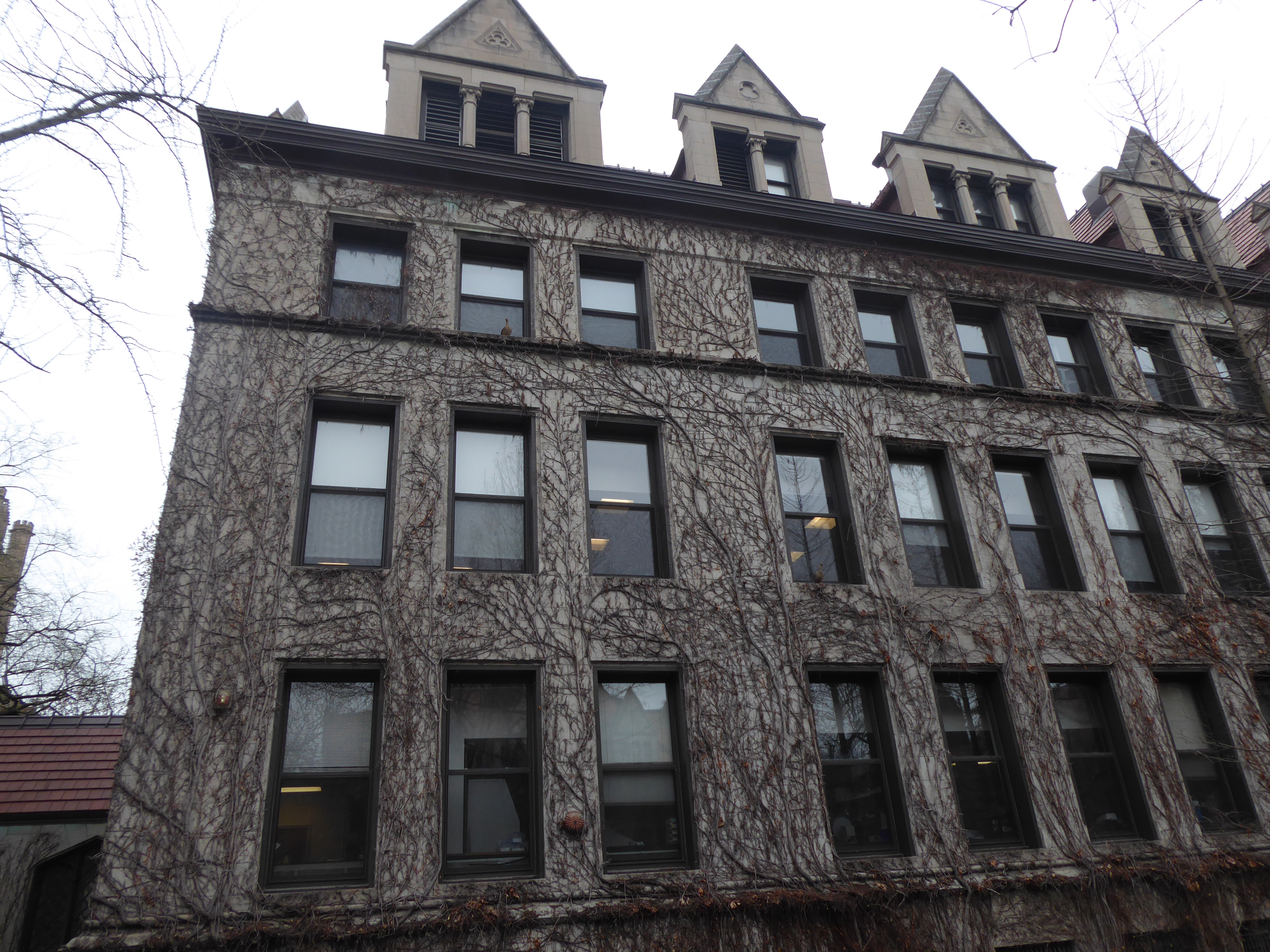 Look a bit closer. There she is! But which hen is it: Honey or Dorothy (Dot)? 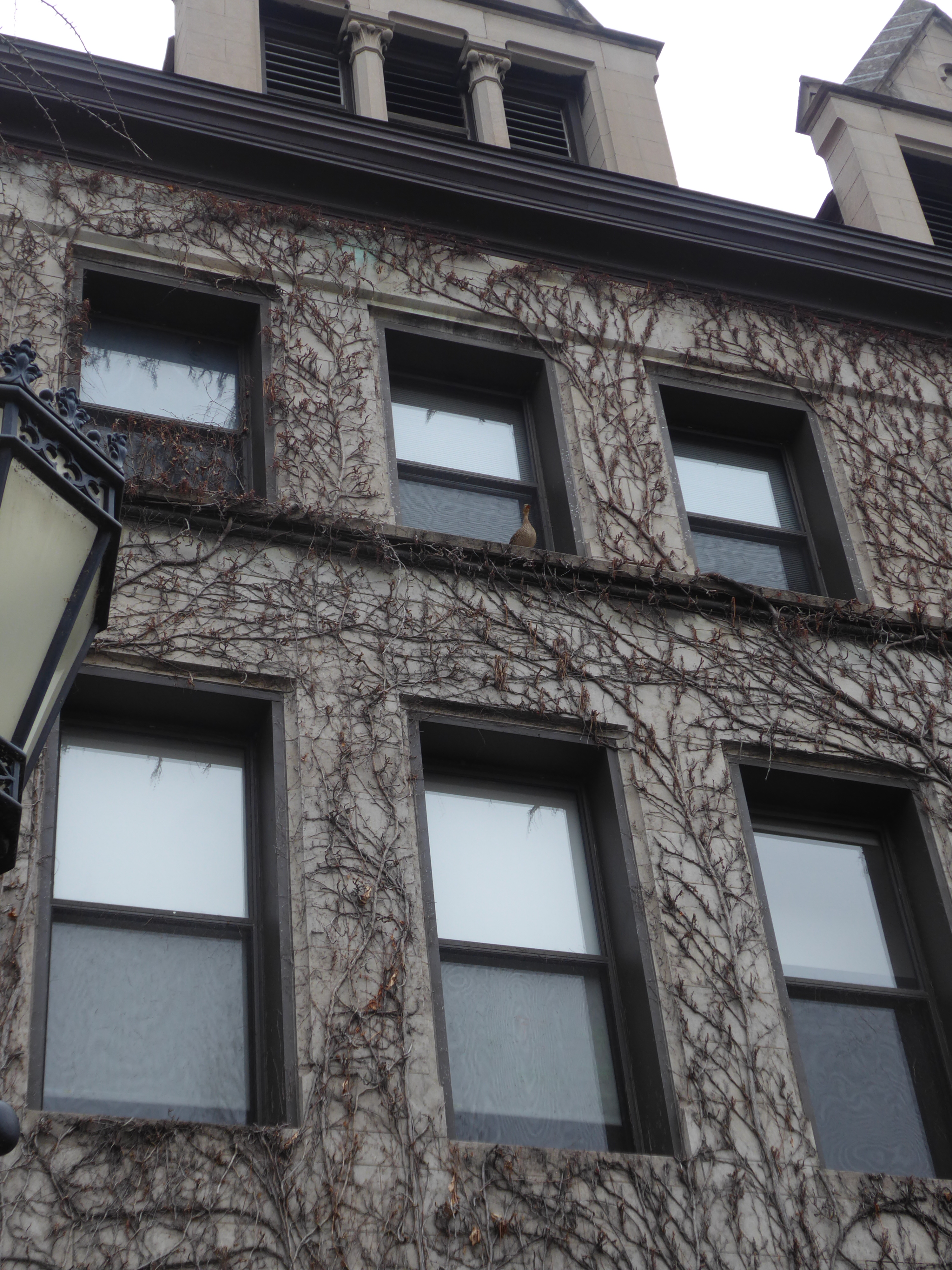 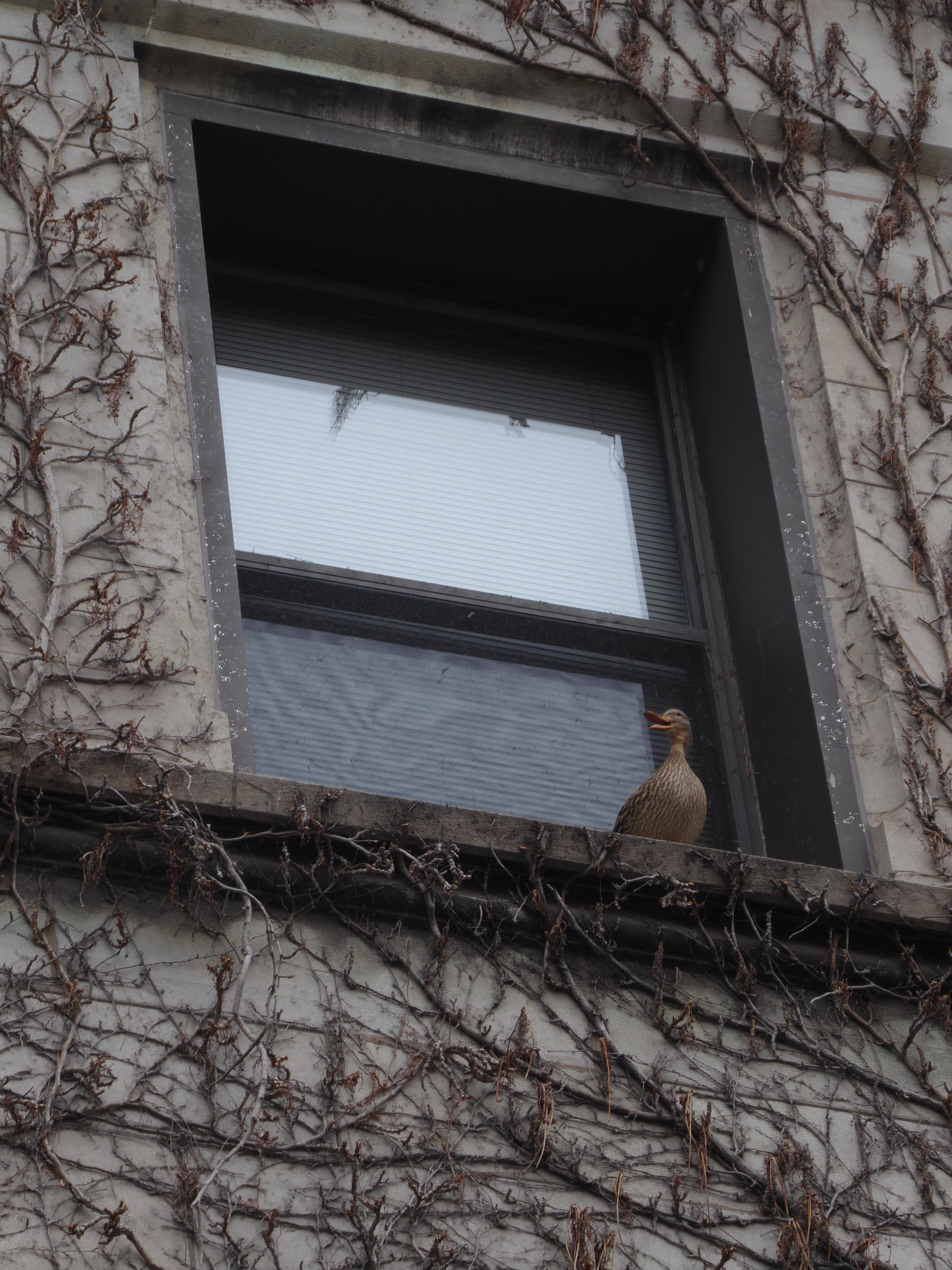 Yes, it’s not Honey but Dorothy, quacking up a storm. Is she looking at this ledge as a possible nest? And is she establishing a territory with her quacking? 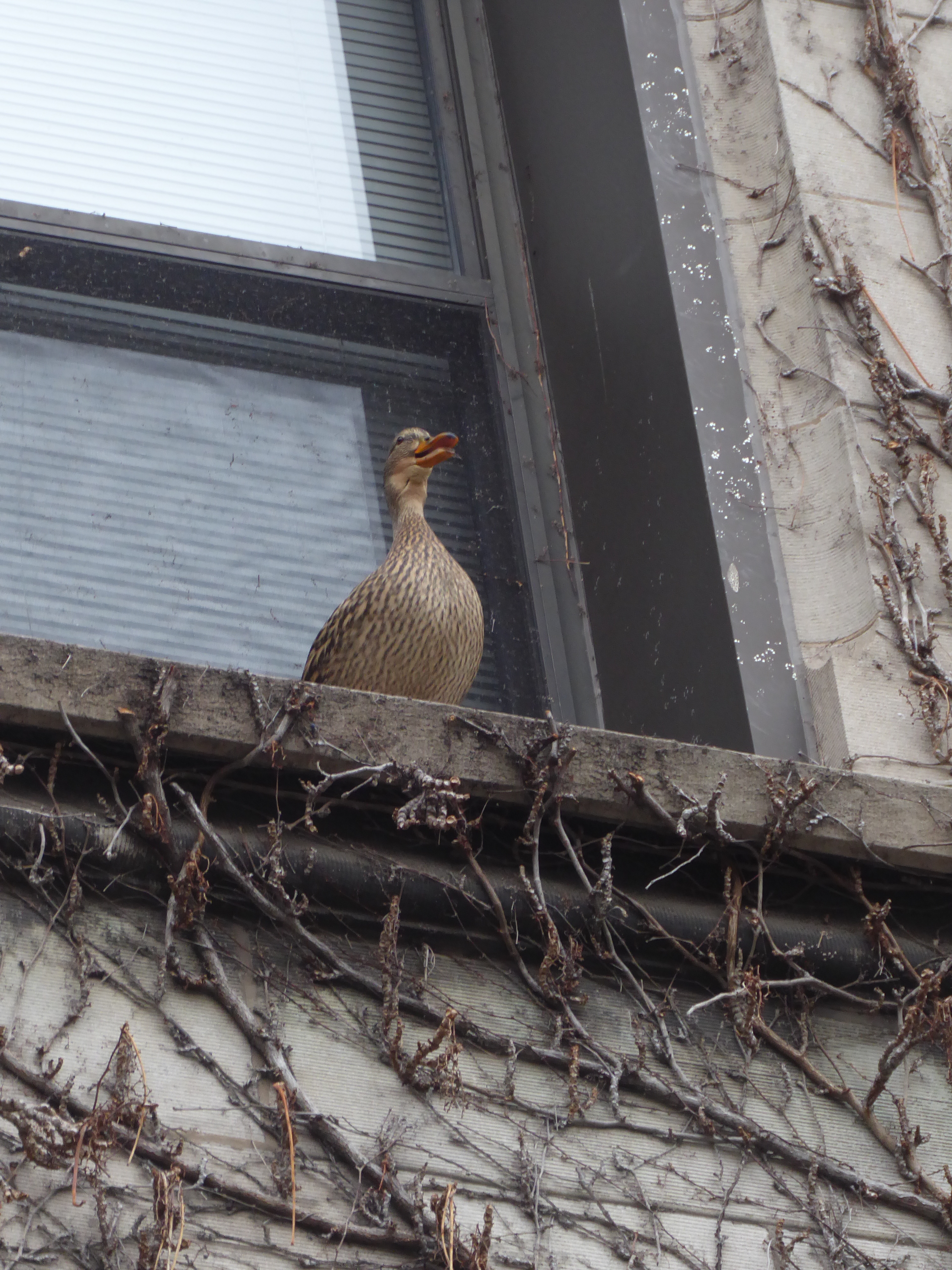 The next two videos show you what it was like. Remember—only female mallards make the classic “quack” call; drakes make a sort of quack-y grunt.

I feel sorry for Honey and Dot’s boyfriend, Wingman. He spends about 100% of his time chasing other drakes around the pond when they fly in; he’s clearly protecting his genes.  He gets peace only when he’s alone in the pond with his hens: a fine henage à trois.

When the interloper drakes are on the shore, he patrols either there or right below them in the water to prevent their incursion into the pond. If they jump in, he keeps them away from the hens.

Wednesday afternoon the turtles finally showed up—big ones and little ones. Here are three big ones (red-eared sliders?), and one little one trying to join the big boys. It’s colder now and they’ve disappeared.

According to Greg, who knows these things, the turtles spend the winter hibernating in the mud at the bottom of the pond. They’re able to extract oxygen through their cloacas, so they don’t have to surface. 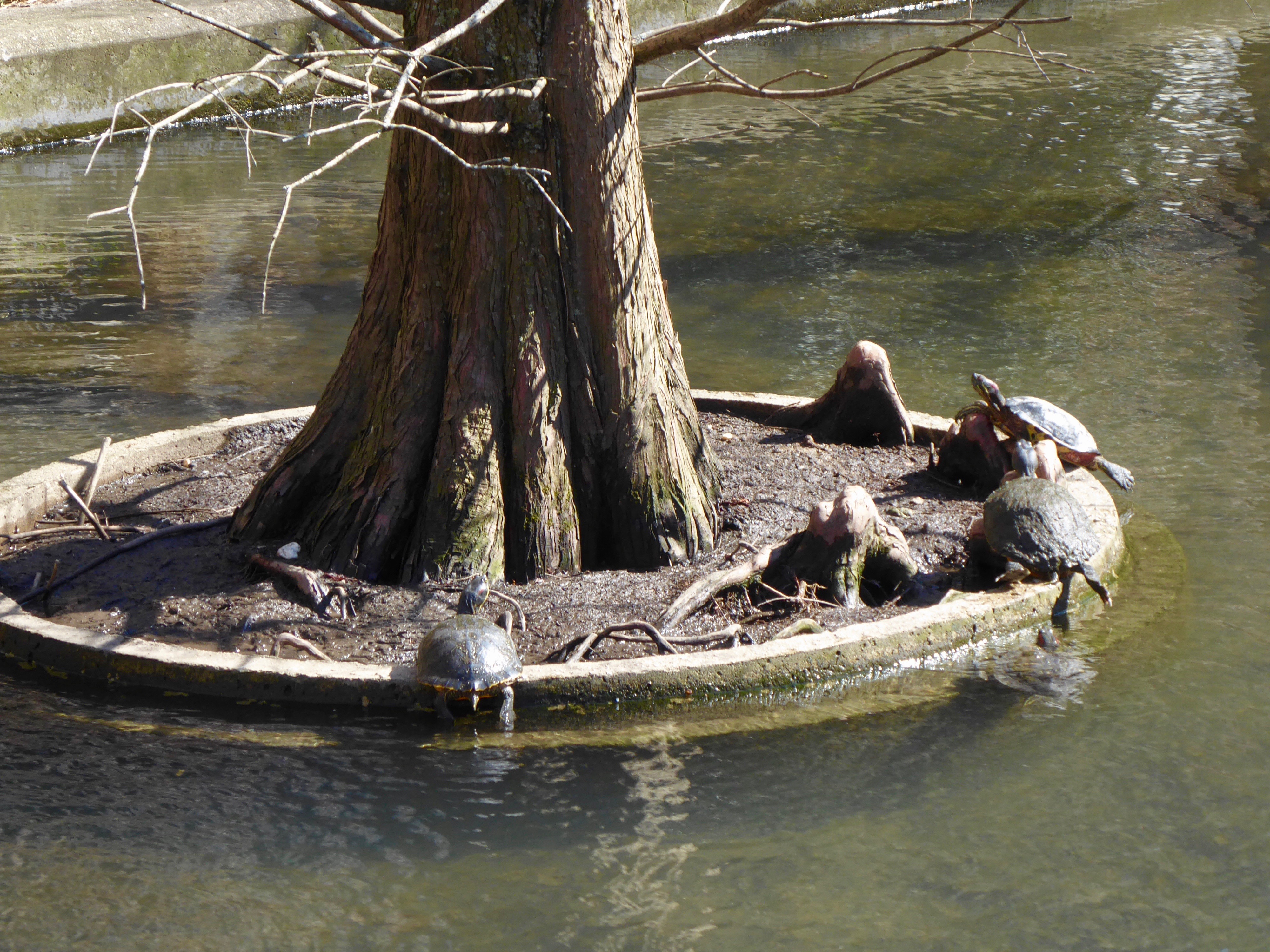 The little guy tried hard, and finally made it onto the bank where he could warm up in the sun with the others. 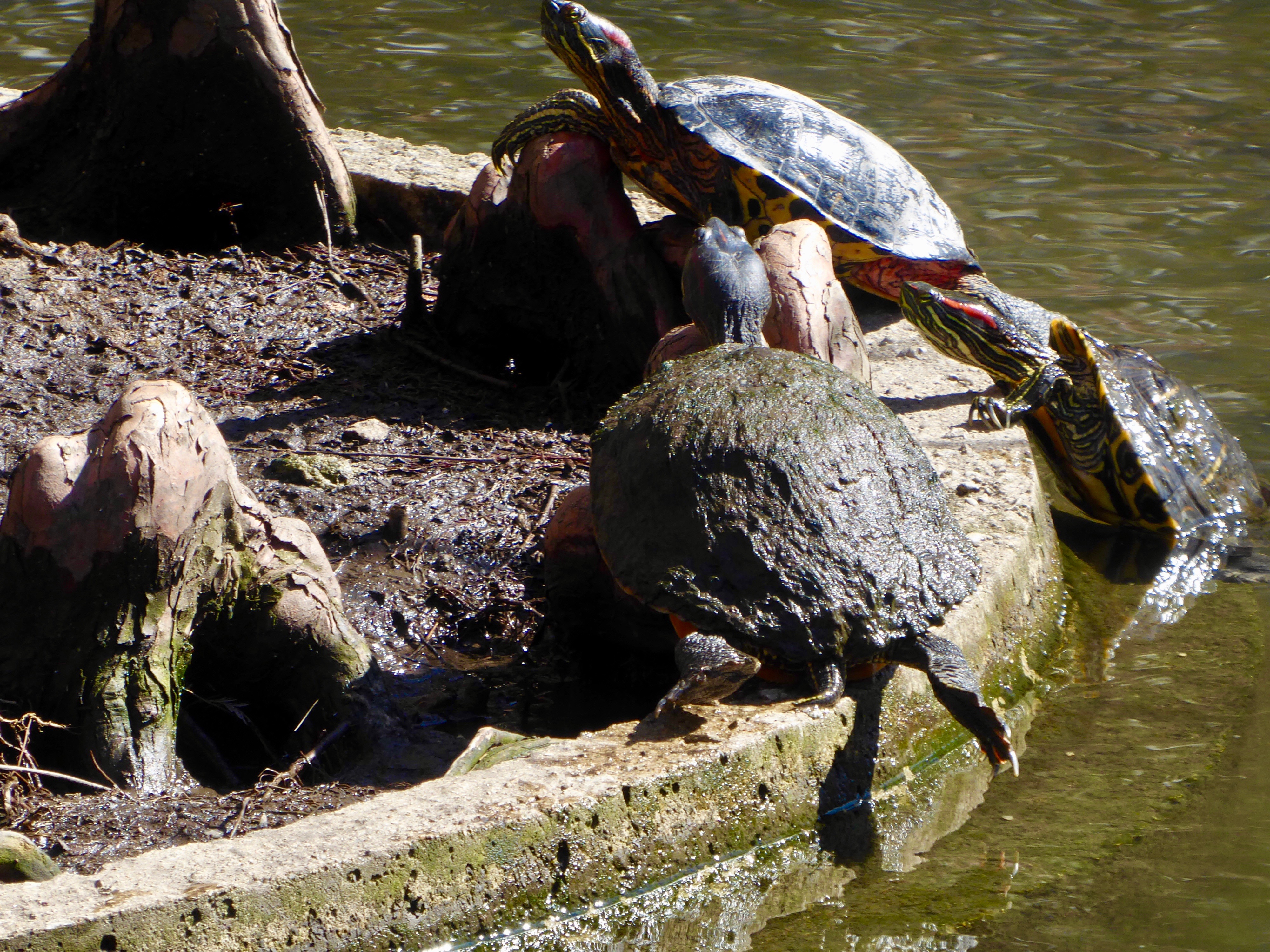 Honey had a snooze on the duck island, and it was hard to distinguish her tucked-in body from the “knees” of the bald cypress. Spot the hen! 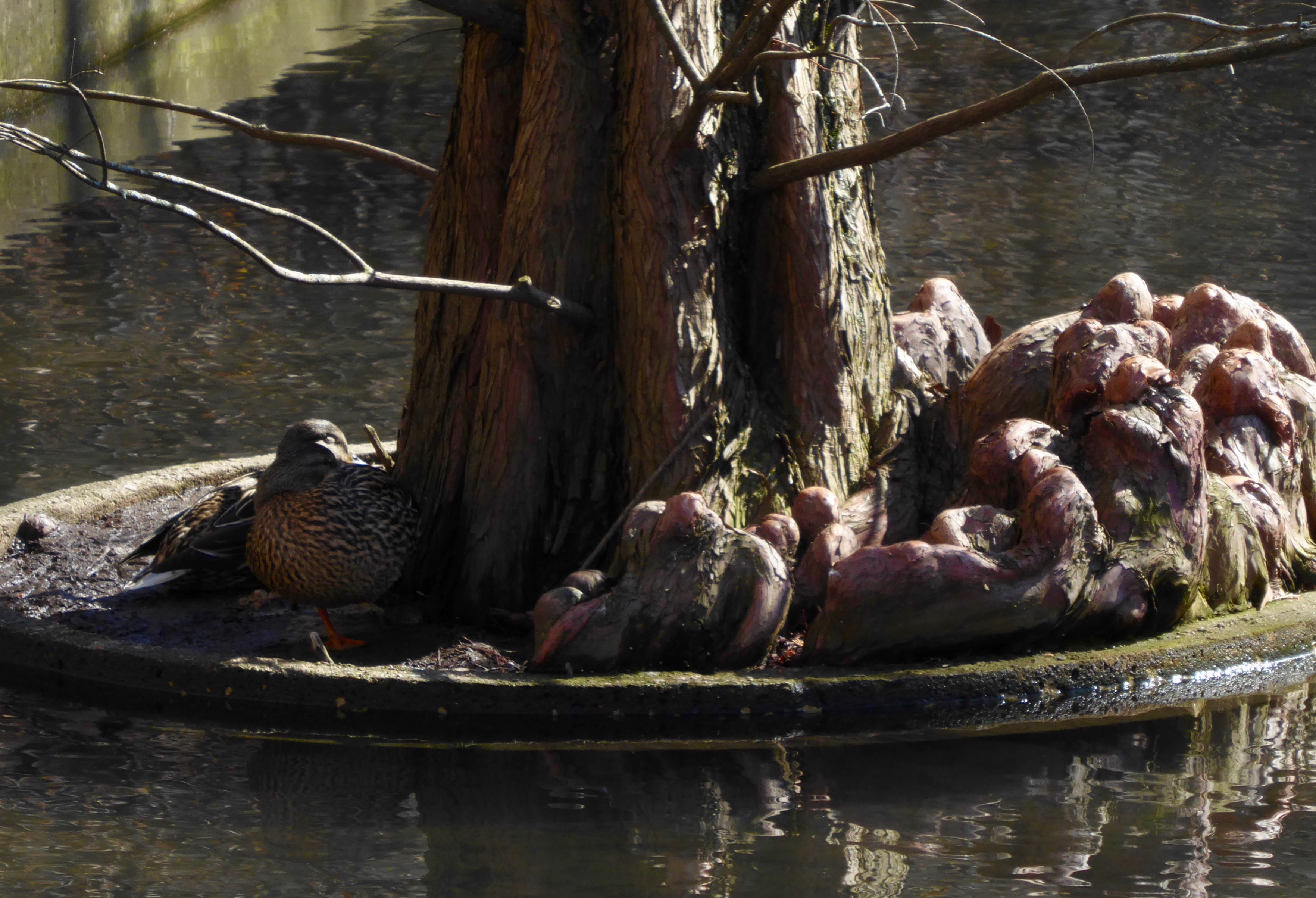