I’m on a campaign to change the description of female mallards from “hens” to “queens”.  “Hen” has a dowdy air about it—like a broody chicken—and doesn’t fit the regal nature of a female duck. (I want to call the males “rapists” rather than “drakes”.)

But I digress. The number of ducks in Botany Pond is, as I hoped, waning, for I decided to stop feeding all the drakes and giving most of the food to Honey (I did toss a few tidbits to the other queens). Happily, this afternoon there were only two queens and two Weinsteins in the pond, and, as the photos below show, one of them is Honey. The other queen is her companion, and I gave her an ample lunch as well.

Here’s the right side of Honey’s bill (it was hard to focus) with its characteristic “dog-chasing-motorcycle” pattern along with three semi-vertical dots and the distal dark triangle. 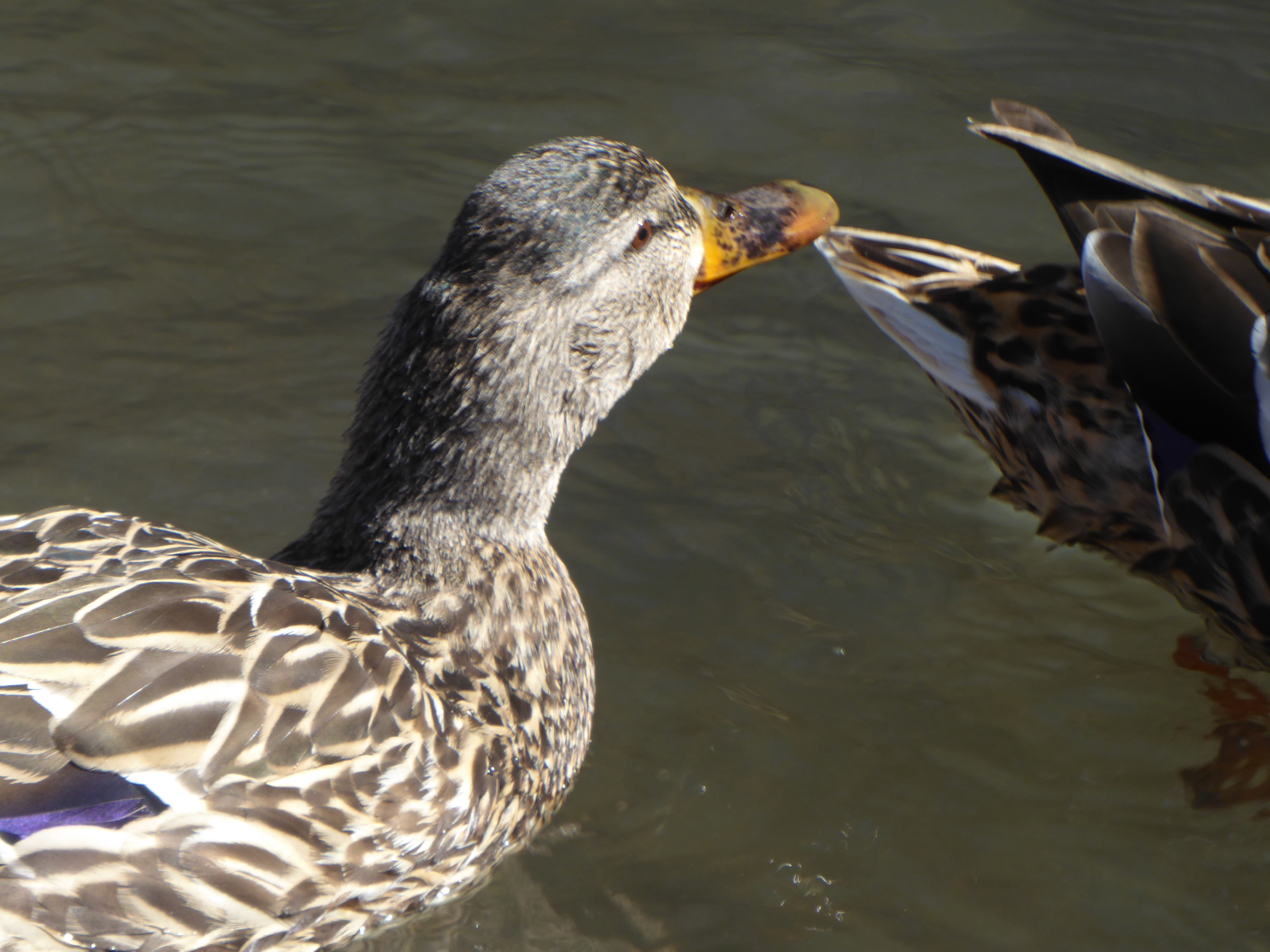 Here’s Honey’s friend, whom I haven’t yet named. She has one big black dot behind the black markings on her bill.  We’ll see if she stays. 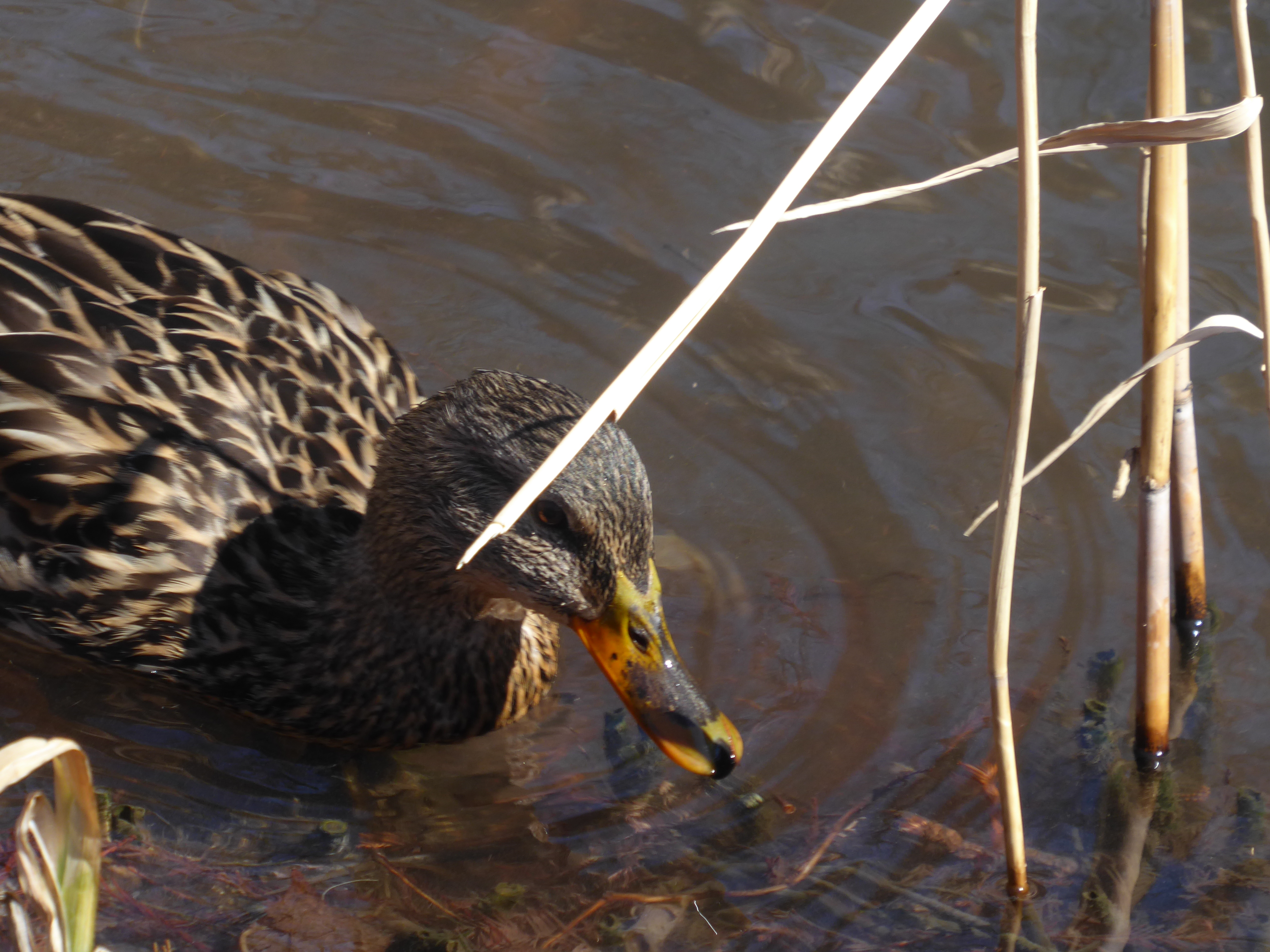 The two drakes didn’t get food. I want them to leave so the Patriarchy at the pond will be dismantled. (Or should I call it the “drakearchy”?)

16 thoughts on “We’re down to two hens, and one is Honey”