Reader Mark Sturtevant has graced us with another batch of insect photos. His captions and IDs (and links, which he supplied) are indented:

Here is another installment of dragonflies. At times I’m asked what kind of equipment might be required for close-up and macrophotography. Neither of these requires expensive equipment. For close-up photography of larger insects like dragonflies and butterflies, you can do quite well with an old dslr camera body and an ancient medium-range zoom lens like a 70-200mm. In truth, a small point-and-shoot camera can also do wonders.

Now—on to dragonflies. The first picture is a mature male Eastern pondhawk (Erythemis simplicicollis). This species starts out with an intense green color, and males gradually develop a waxy coating that produces this lovely blue color. By then, males are spending most of their time out over water. 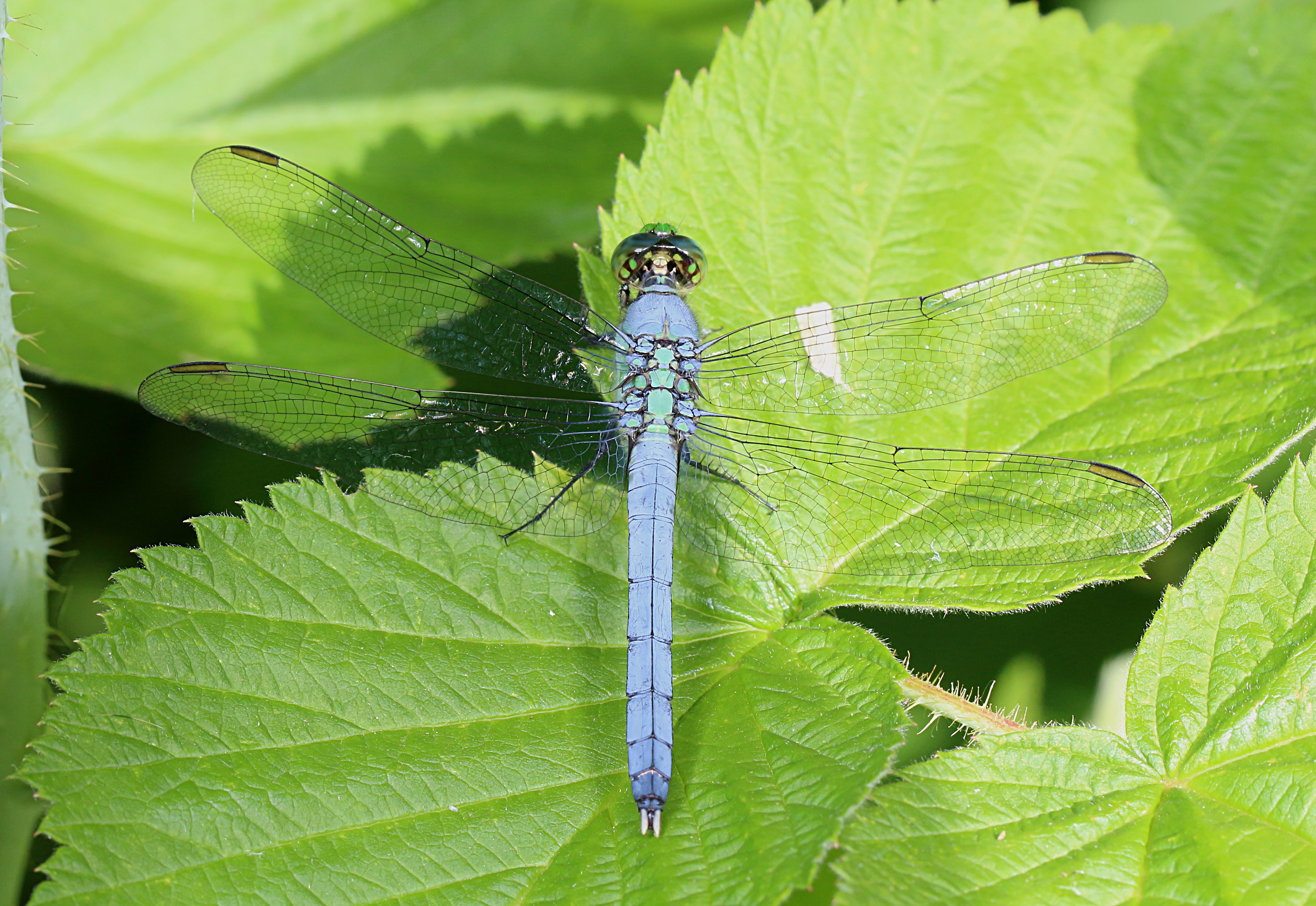 Next is a species that was new to me. I kept seeing these small, ‘darty’ dragonflies that would zip across a certain forest trail. Presently, I found a wet patch that seemed to be a gathering place for several of them. It took more than one trip to the spot, but I was eventually able to get pictures of one that had briefly landed. This is a female racket-tailed emerald (Dorocordulia libera), members of the Emerald dragonfly family (Corduliidae). Besides the amazing eyes, one can see the metallic green thorax that is a feature of many species in this family. It is always extra exciting to find a new dragonfly! 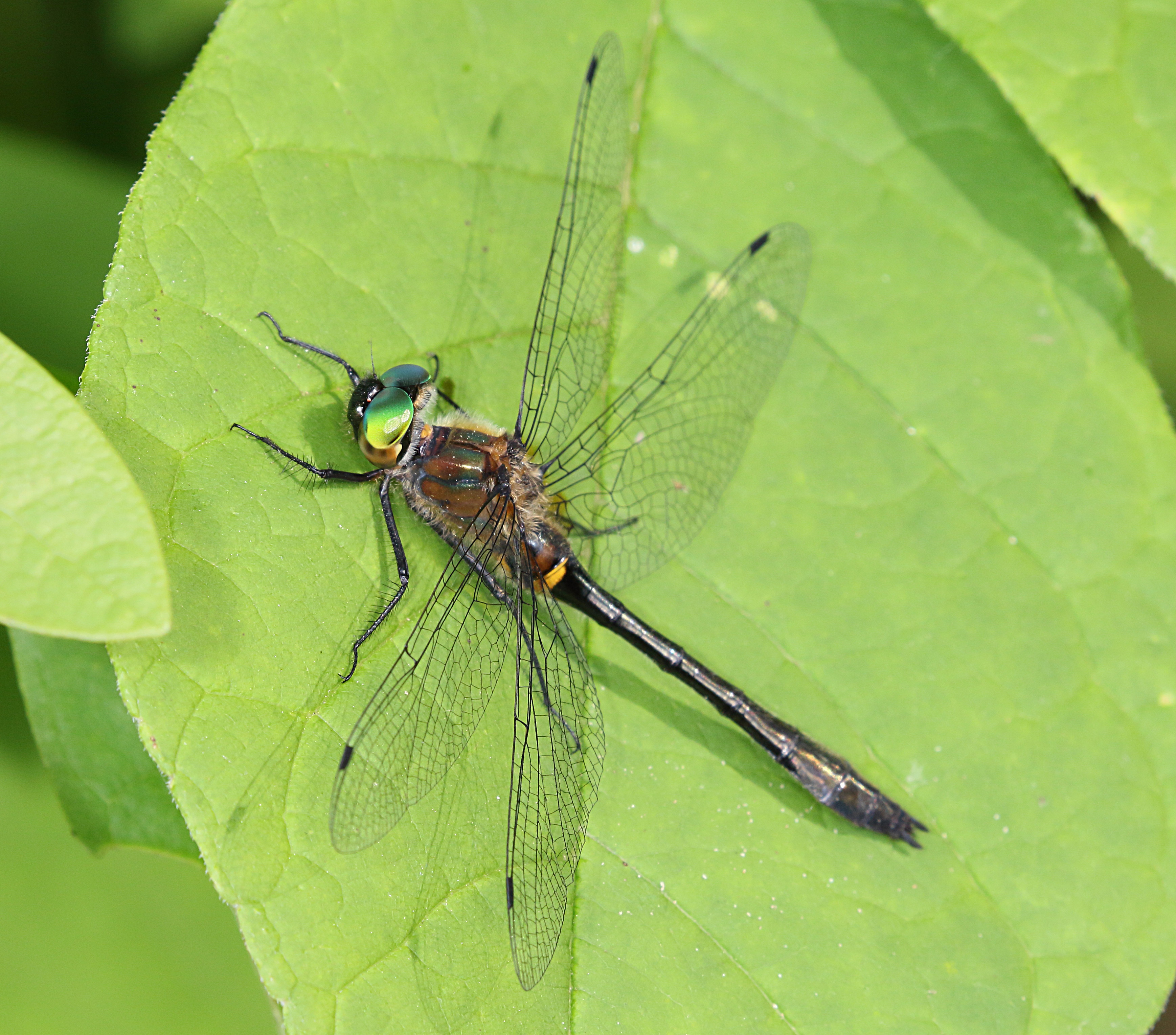 The large dragonfly in the next picture was yet another occasion where I had to run in from my back yard to grab a camera. The backyard visitor this time was a female lance-tipped darner (Aeshna constricta). This was a species I was trying to get for some time, and here one had come to visit me! 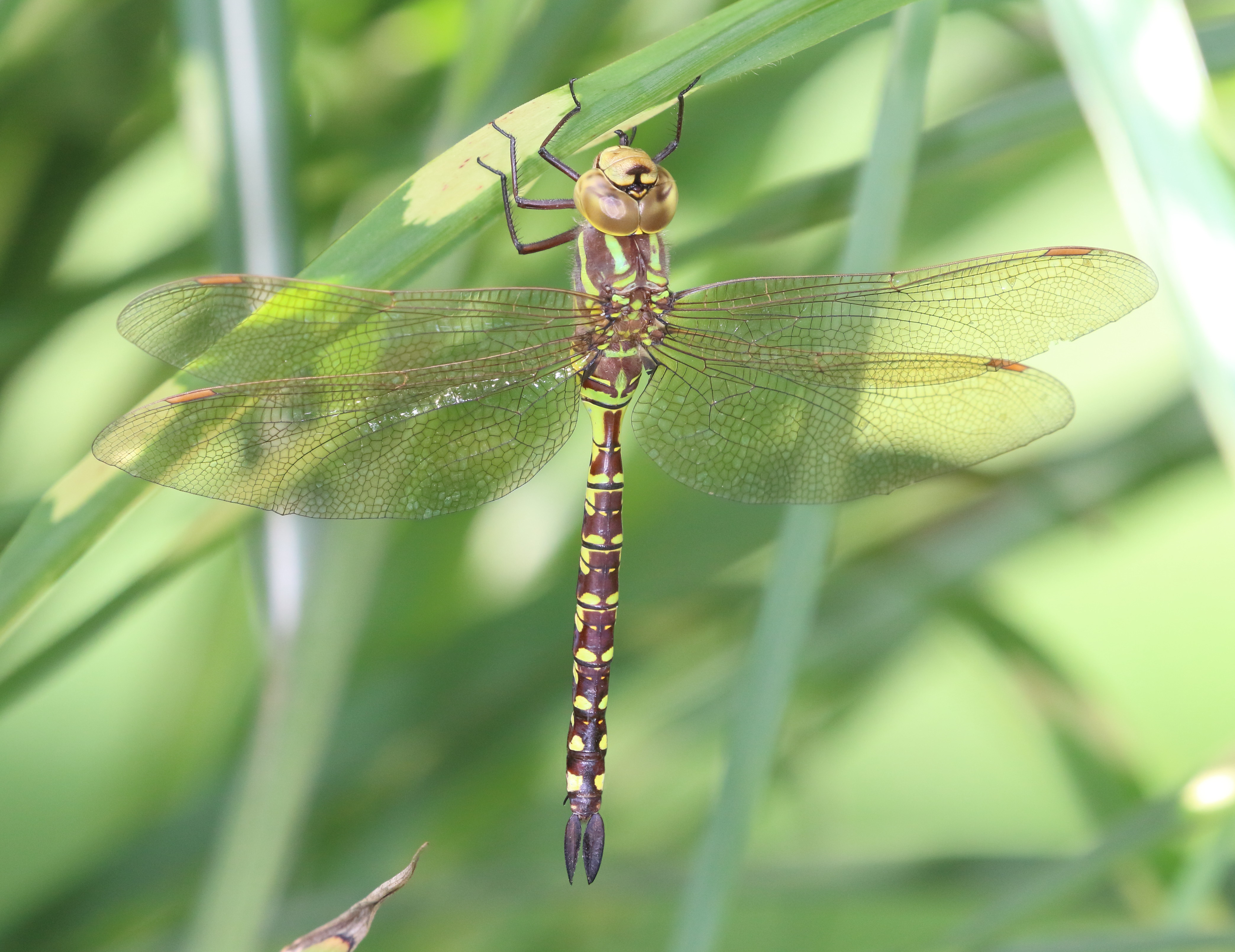 The next several pictures are some of our local clubtail dragonflies (family Gomphidae). I say ‘some’, because this is a huge family and there are many, many more species just in my area. Some clubtails are extremely tricky to identify, and it is possible I am wrong on some, although these have been seen by some seasoned experts in the hobby. 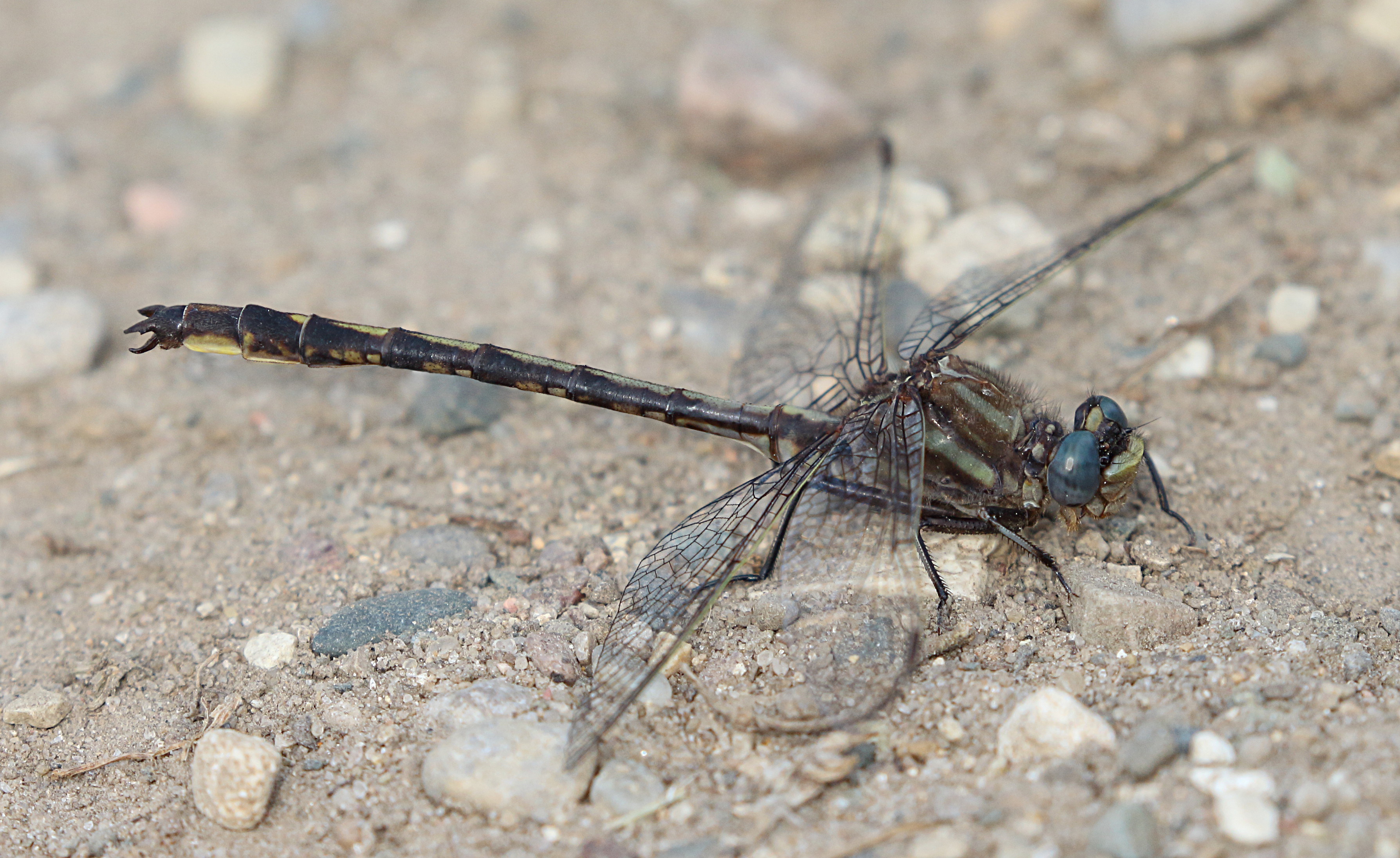 Male and female lancet clubtails (Phanogomphus exilis). The female is eating what may be a robber fly. 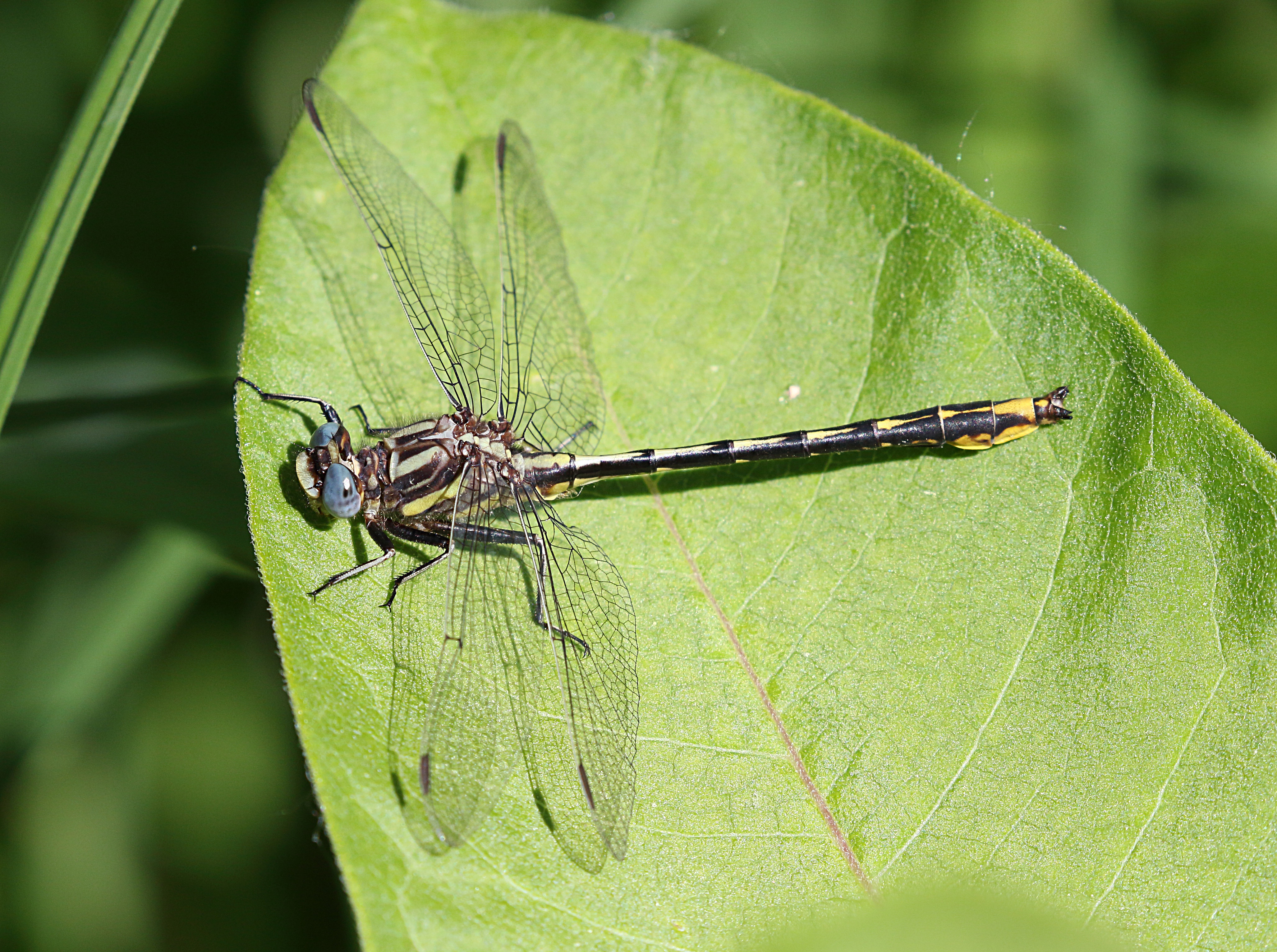 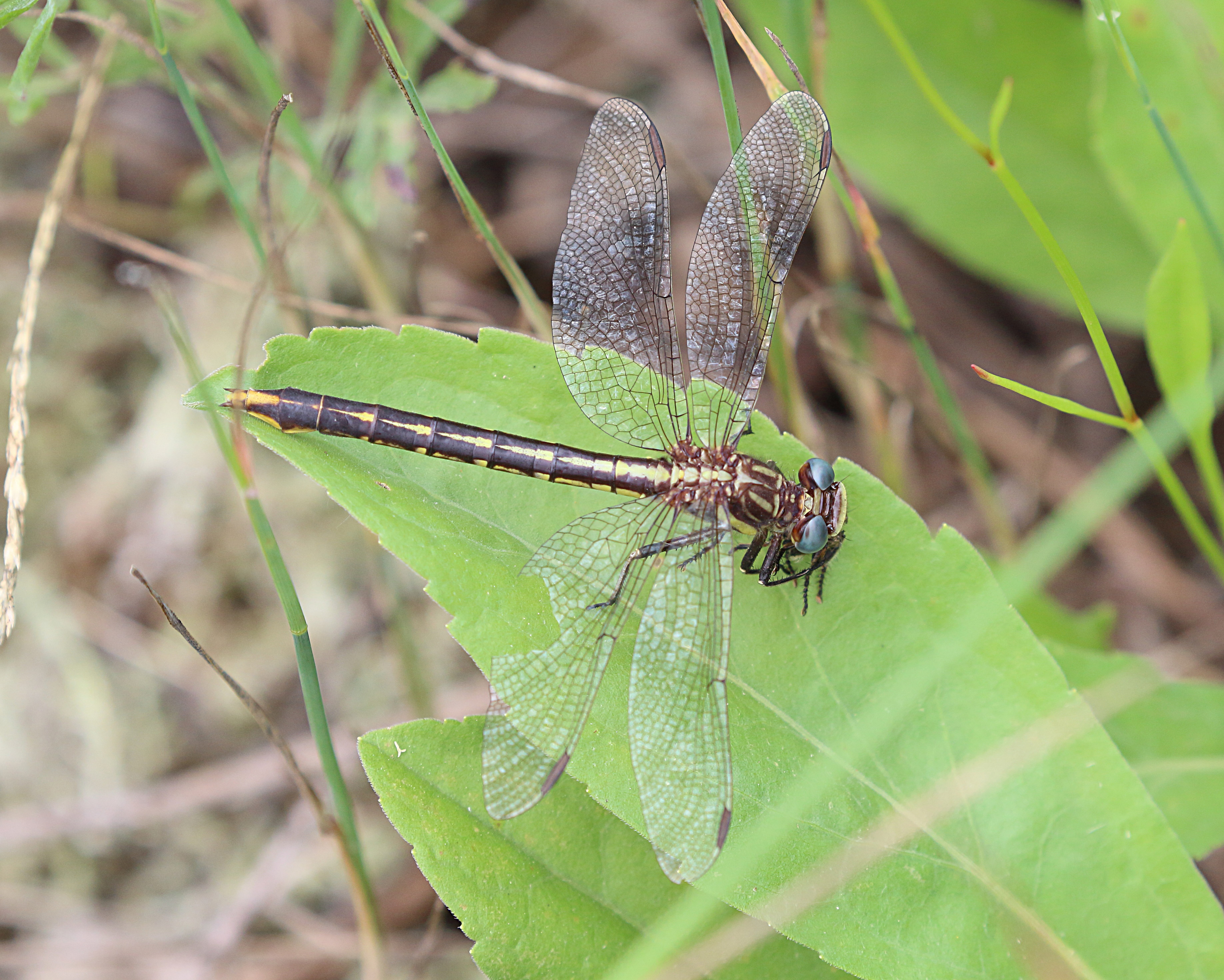 Female midland clubtail (Gomphurus fraternus). This boldly patterned dragonfly can be common in my favorite place known as the Magic Field. She is perched in what is known as the ‘obelisk’ position, where the abdomen is pointed upwards to the sun. This reduces the surface area exposed to the sun so that they do not overheat. 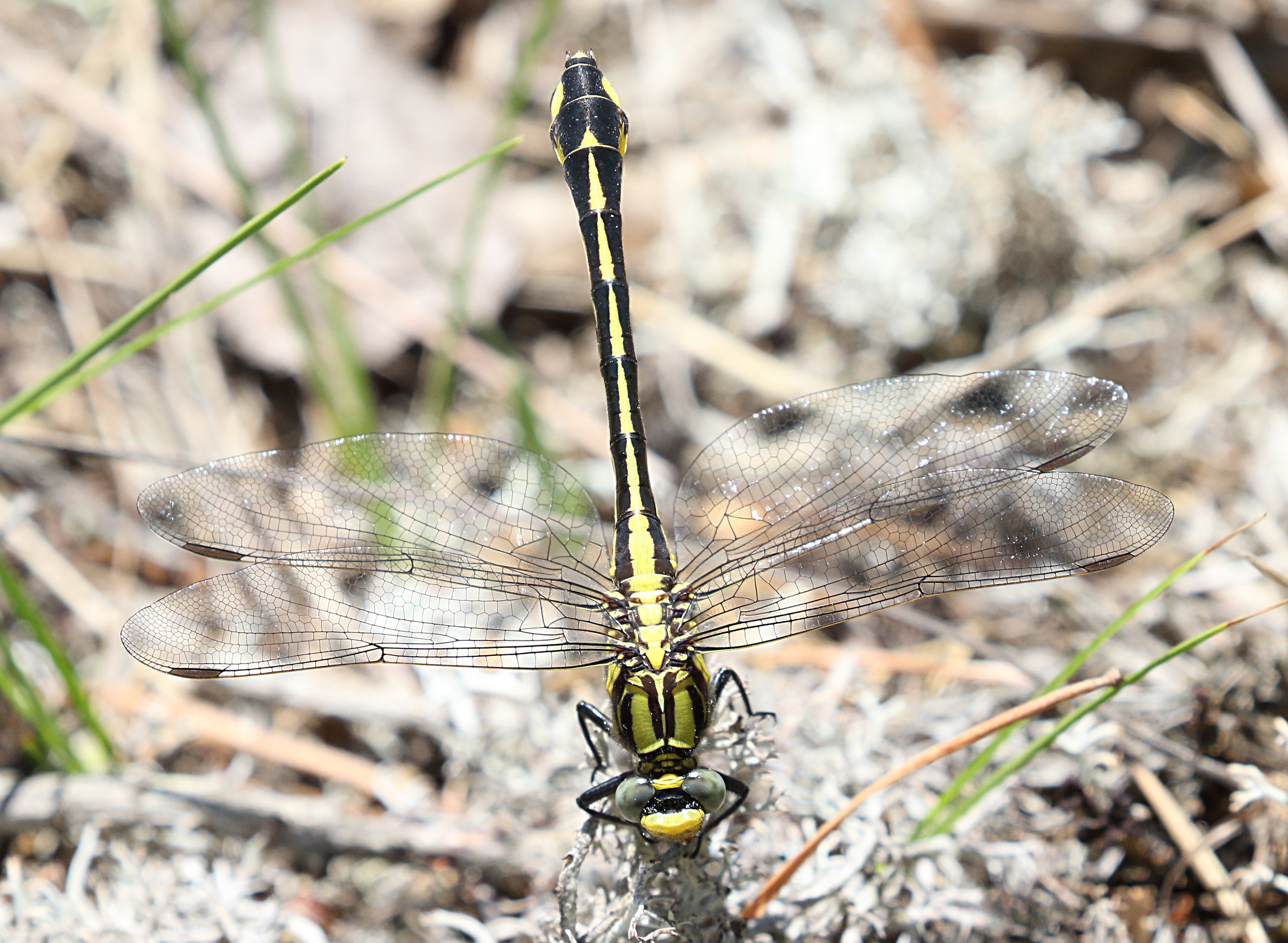 Next is a male splendid clubtail (Gomphurus lineatifrons) that also came from the Magic Field. The pale color is because this individual is young. When mature, it will be almost identical to the midland clubtails. 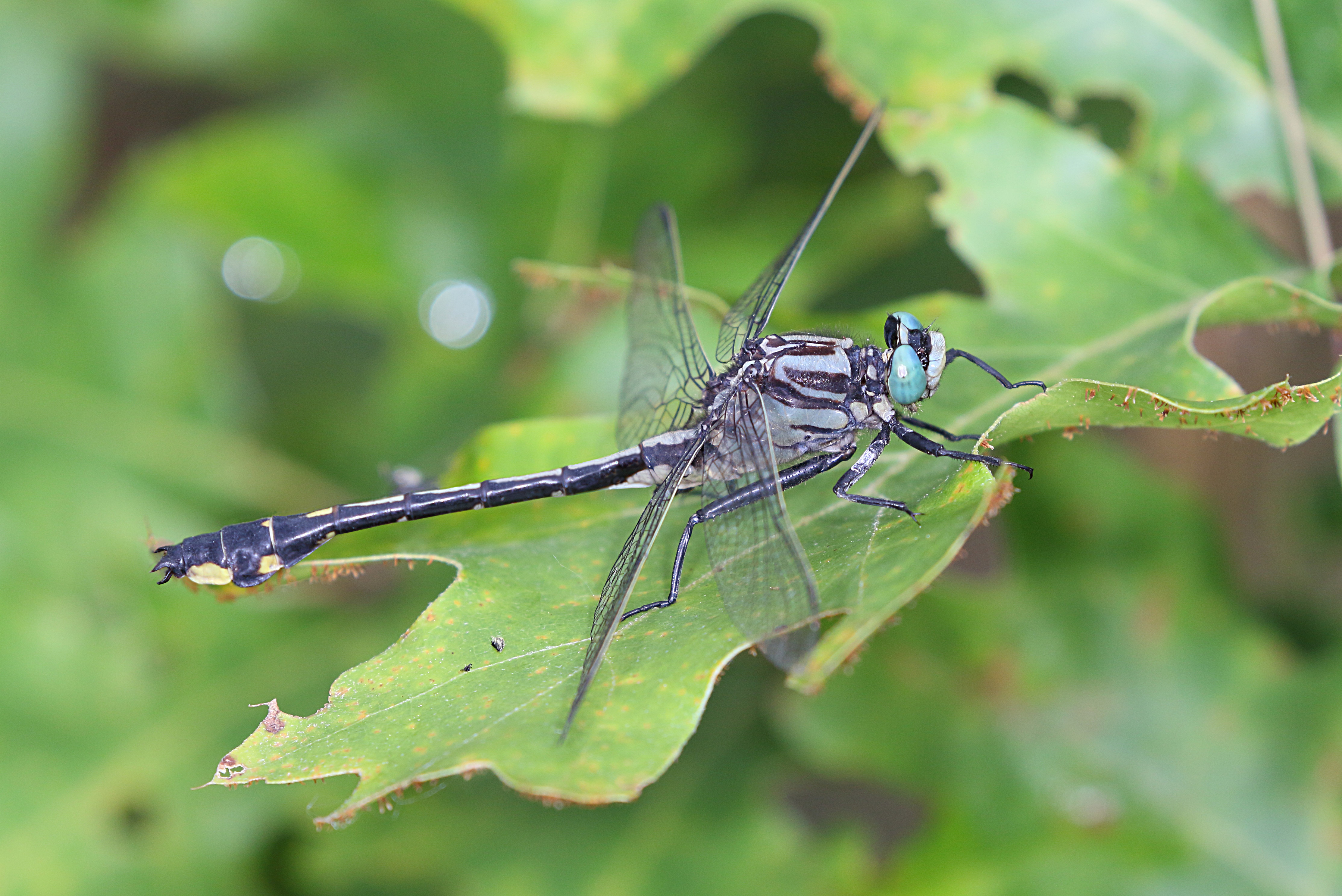 In closing, this is an unidentified meadowhawk dragonfly that seems a little shy. The extra shiny wings are because it too is a recently emerged adult. 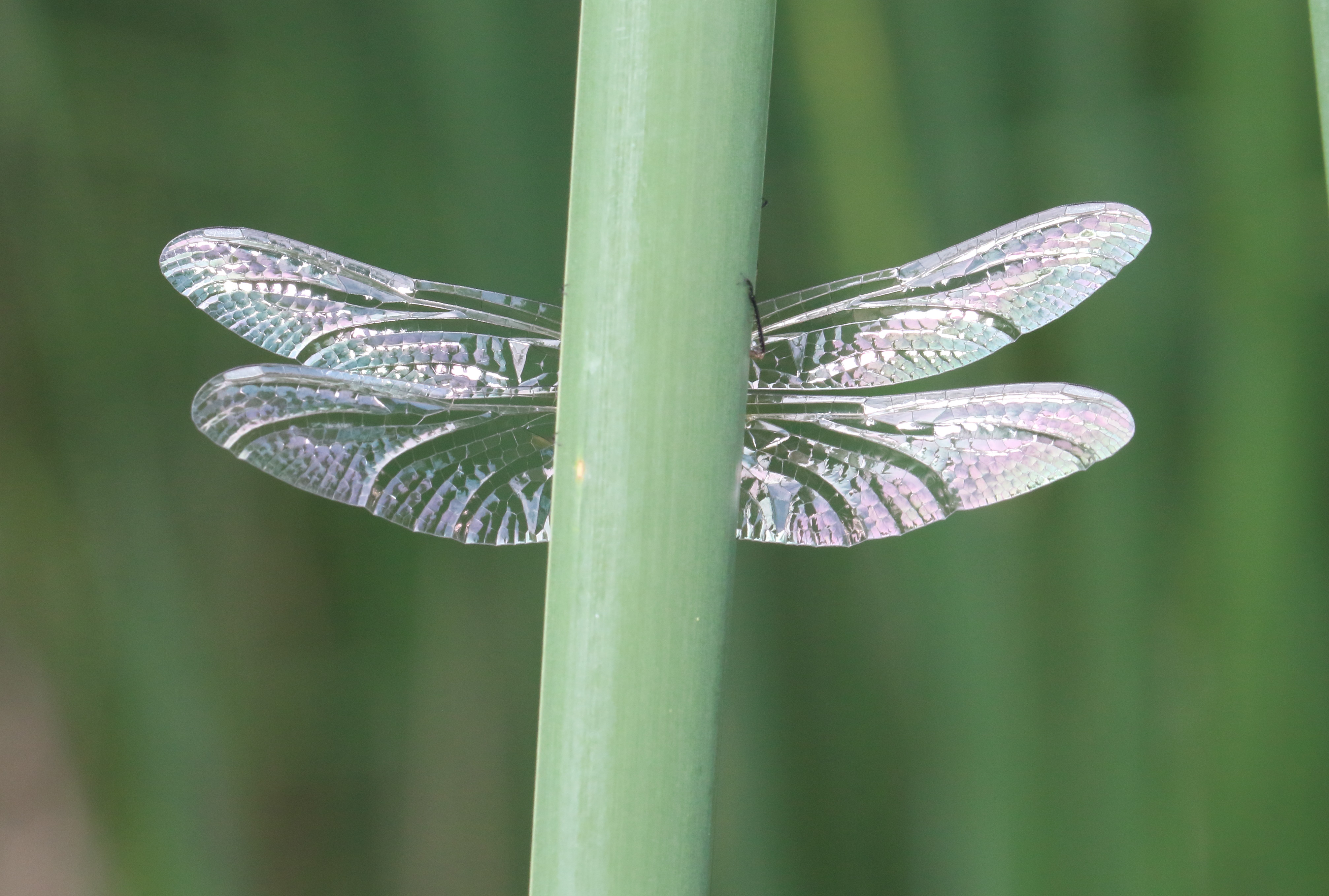