After I noted that Steve Pinker was teaching a course on Rationality at Harvard, and had put a lecture online, I’ve had a few inquiries about whether he’s going to publicly post all his lectures for the course. (Its website is below; click on screenshot.) The answer is yes for his lectures, but for guest lecturers he has to get their permission. 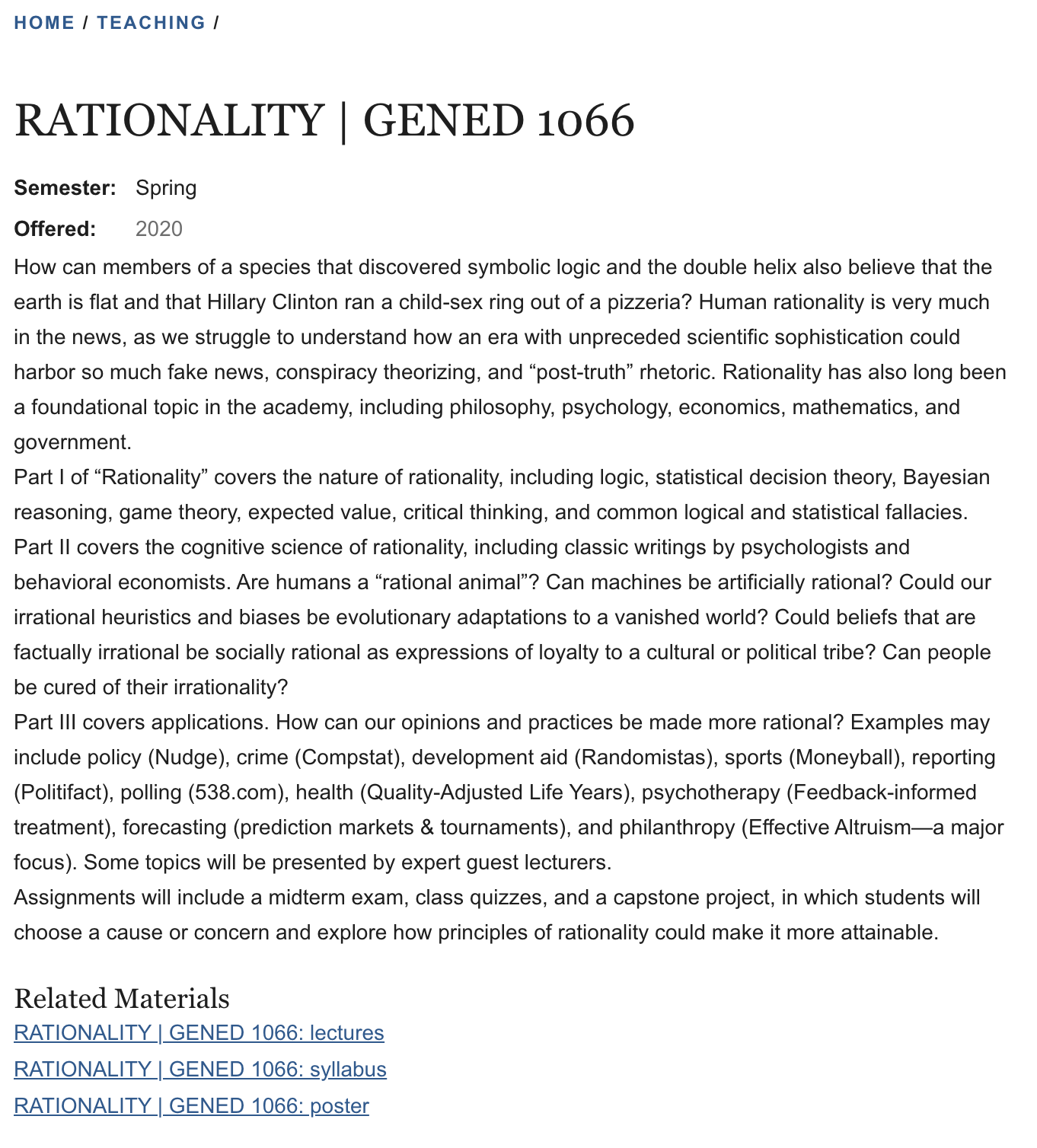 The lectures are being uploaded at this site, and there are already four of them posted. So tune in if you want to follow the course.

I am informed that Steve begins each lecture with a rock song appropriate to the topic of the day. And although, when I called attention to his first talk, I said I couldn’t see whether he was wearing cowboy boots, I’m additionally informed that he never lectures without cowboy boots and a necktie. The tie is partly is in memory of his grandfather Carl Wiesenfeld, who made ties in a factory in Montreal founded during the Depression (Metropolitan Cravat).