Two days ago I analyzed an article about hybrid parrots that had just appeared in the Washington Post. It was grossly misleading in assuming that two parrots of different “species” (they weren’t—one was a hybrid) had mated and produced, lo, a parrot of another “new species” (also wrong). I tweeted my correction to the Washington Post, but, to be sure they saw it, I also contacted the author of the post and her editor through another editor, pointing them to my correction.

I figured I’d let two days go by before looking for a correction or update, and that is now. And there is no correction, as you can see by clicking on the screenshot below. 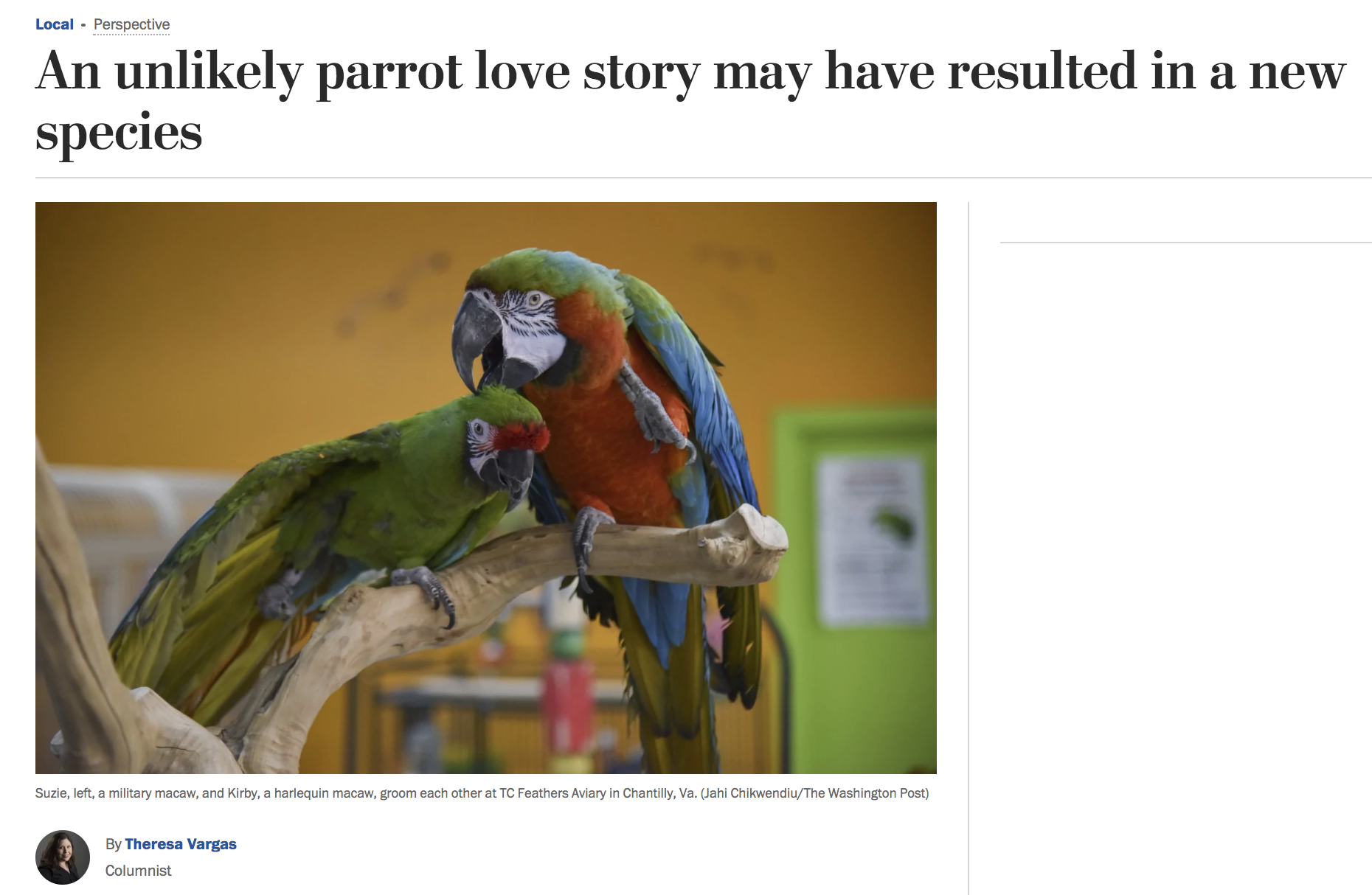 Now granted, the story was by a local-issues journalist with no apparent scientific training, but it still contains scientific claims—claims that are wrong. And their responsibility is to correct them. As it is now, many readers think that a hybrid is the same thing as a new species, even though a single individual cannot be a new species (later there were two, but of course both were hybrids in an aviary).

What’s heartening is that many of the article’s 265 comments so far point out to reporter Vargas that the parrot chicks are not a new species but simply hybrids, and that breeders regularly produce hybrid parrots that they call “hybrids” and not “new species.”  But even all those comments on top of a post by a petulant biologist won’t force the Post to admit its errors. FAKE NEWS, FOLKS!

25 thoughts on “The Washington Post refuses to correct scientific errors”