[JAC: Greg wrote about Darwin, oceanic islands, and the Falkland Islands fox about six years ago, and gives the link to that post below. But I thought I’d add the link here at the top as well, because it’s a very informative summary of how islands buttressed Darwin’s theory of evolution, as well a discussion about how a fox could have colonized the distant Falkland Islands.]

Jerry’s back from his southern sojourn now, and may have made some posts from Chicago by the time you see this, but as he settles back in I thought it would be good to recall the lessons that another famous evolutionary biologist learned in the Falklands. Although we all associate Darwin with the Galapagos, his visit to the Falklands (also during the Beagle voyage) supplied an important bit of evidence in his thinking about islands, and the phenomena of island life were crucially important components in his argument for evolution.

Darwin was a bit perplexed by the Falklands. In many ways they seemed like oceanic islands—islands never connected to a continent, which had received their biota from across the seas by what Darwin called “occasional means of transport”. There was only a single native species of land mammal on the Falklands: the Falkland Islands fox, which was clearly related to South American foxes. (South America has a modest radiation of canids, which are variously called dogs, foxes, or wolves in English). The mammal fauna was thus depauperate (few species); disharmonious (lacking major ecological or taxonomic groups); and showed affinity to the fauna of the nearest continent (the effect of distance)—all of these are characteristics of oceanic islands.

How the fox got to the Falklands is an issue that concerned Darwin, but that’s not what I think was most important. (The issue of how they arrived, and when, was largely solved a few years ago, and we discussed it here at WEIT: the short answer is that lowered sea levels during the last glacial maximum greatly shortened the distance to the continent, and the fox came across, perhaps floating on ice floes, as Arctic foxes do.) The problems that the Falklands helped Darwin with most was why oceanic faunas were depauperate and disharmonious. Darwin’s evolutionary hypothesis was that it was difficulties of dispersal that led to oceanic faunas being apparently “undercreated”.

These competing explanations are easily tested by introducing exotic species to the island, and seeing how they fare. If they become established, then the cause of their absence is a failure of dispersal, not a failure of environmental suitability. This is where the Falklands helped Darwin, I think. The Galapagos in the 1830s were still nearly pristine, but the Falklands showed him the fauna of an island with little direct habitat disturbance, and a small human population. But the people who had settled the Falklands brought their animals with them. At the time of his visit, Darwin recorded wild populations of cattle, horses, pigs, rabbits, rats, and mice, with cats, dogs and sheep coming later. The Falklands were thus quite capable of supporting a diverse and harmonious mammalian fauna; the mammals just needed help getting there!

So we can see that exotic mammals of all sorts do quite well in the Falklands, and that Darwin’s evolutionary hypothesis is thus supported. Although I’ve read up on the Falklands, Jerry’s visit there is the first by anyone I know, and he has provided firsthand reports on, and pictures of, the exotic mammals. So here again is a bovine, the Belted Galloway: 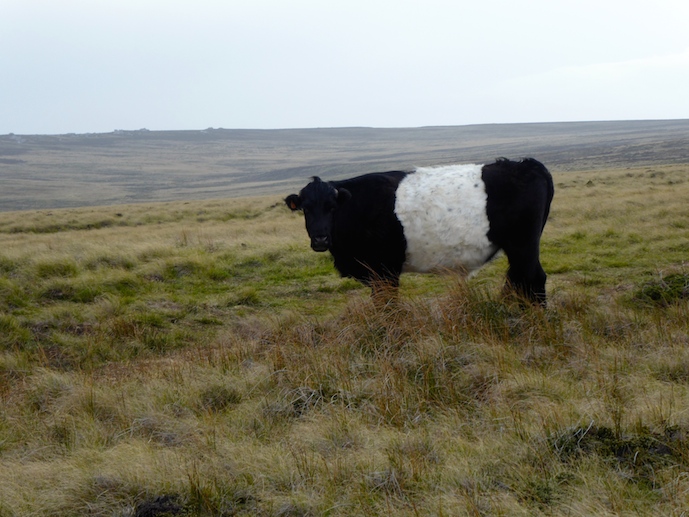 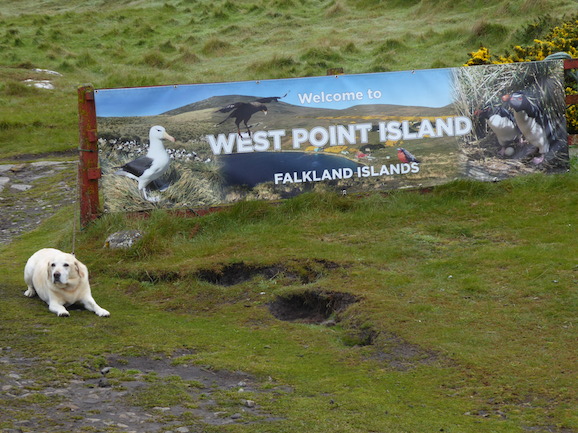 Jerry tells me that sheep are “all over the place there!”, but, unfortunately, he didn’t get any pix of them. So here’s one that I found on the Internet, by Jeremy Richards, who has also sagely captioned it:

9 thoughts on “Darwin and the Falklands”