Up to now, the Belgian Malinois hero dog who chased Abu Bakr al-Baghdadi down the tunnel has not been named. In fact, on the CBS News I just watched in my cabin, the dog was still anonymous. I was concerned about its fate as it was apparently wounded when al-Baghdadi detonated his suicide vest (taking three of his kids with him), but the dog is going to be okay.

And, mirabile dictu, the dog has been named, and her name is CONAN. In fact, Conan has her own Wikipedia entry already. Here’s a bit of it, along with her picture.

President Donald Trump posted the declassified picture of Conan on Twitter and called her a “wonderful dog” in the tweet. The name was classified at the time, but it was revealed as Conan to Newsweek. 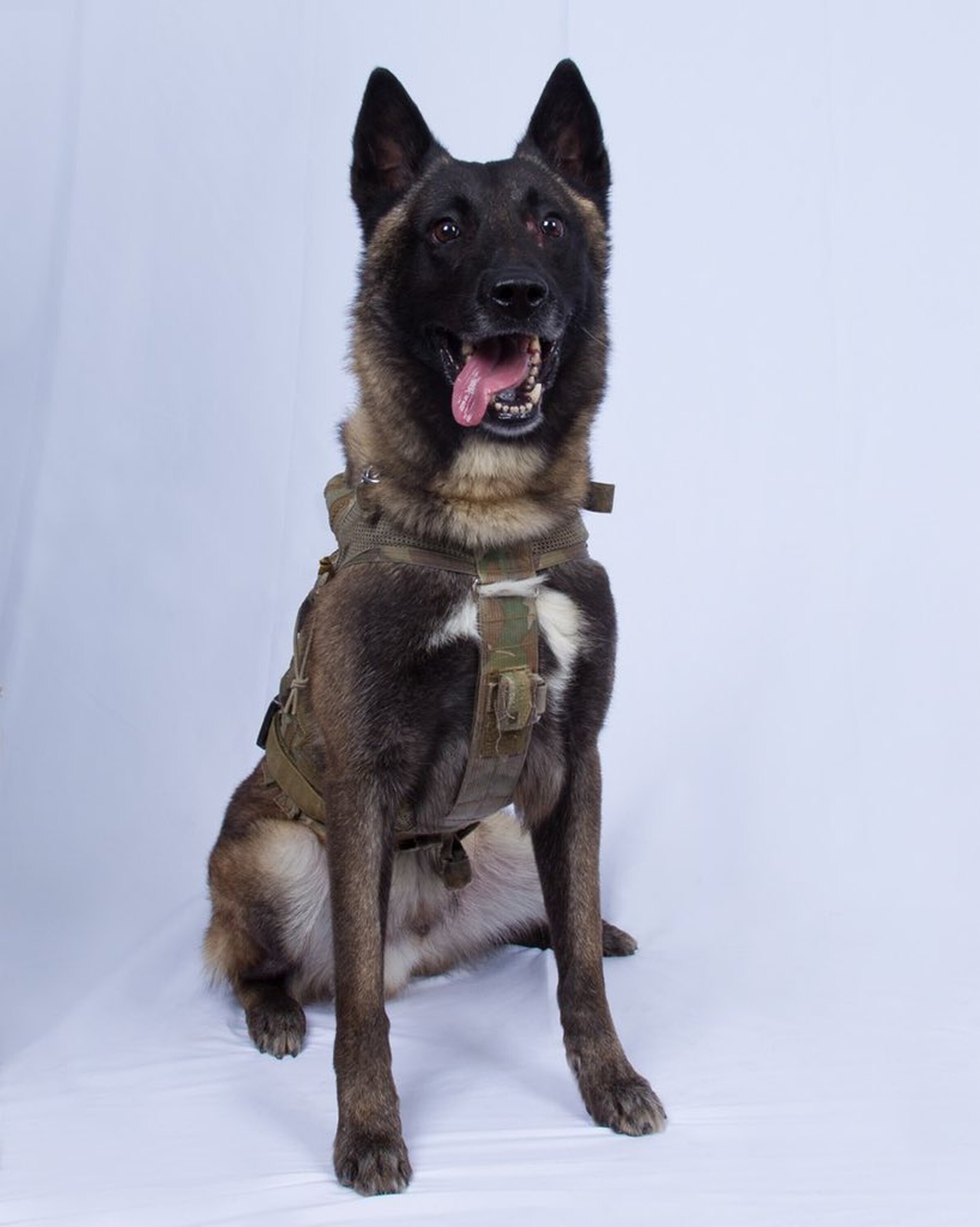 These dogs are apparently very good at recognizing scents, and the Wikipedia article on the breed says that one named Cairo took part in the raid that led to the death of Osama bin Laden. They’re also used to guard the White House and track down poachers in South Africa’s Kruger National Park.

The tweet below gives some amazing facts about these military dogs, including the fact that they can parachute into battle sites wearing goggles, infrared cameras, and waterproof gear.

After a hero dog helped take down an ISIS leader, we look into how the military trains its elite canine service members. @sramosABC has the story. https://t.co/RrpCy5WDyx pic.twitter.com/RAxzCjeHMa

And here’s one of the hero dogs parachuting from a plane. Imagine the training it takes to get a dog to do that—and tolerate it!

The ABC News video above says that Conan will get an invitation to the White House, as she should, but Trump will only use that to tout his own wonderfulness. If I were the President, I would feed Conan a lovely filet of beef rather than the McDonald’s hamburgers that guests often get in the White House.