Reader Blue Maas sent this photo of her at tortoise feeding time in the Galapágos. Her caption is indented:

Is of the feeding time / The Salad, Saturday, 19 June 2010, for the tortoises upon Floreana Isle, one of the 27 Galápagan Isles.  The salad’s leaves are as gigantic as they themselves are !
Bulkiness upon my chest is because under my clothing is a neck wallet with all of my money and my passport and id.I could not risk leaving it all behind at the hotel upon Puerto Aroyo on Santa Cruz Island … … as Floreana Isle is a two – hour speedboat trek away from that hotel. 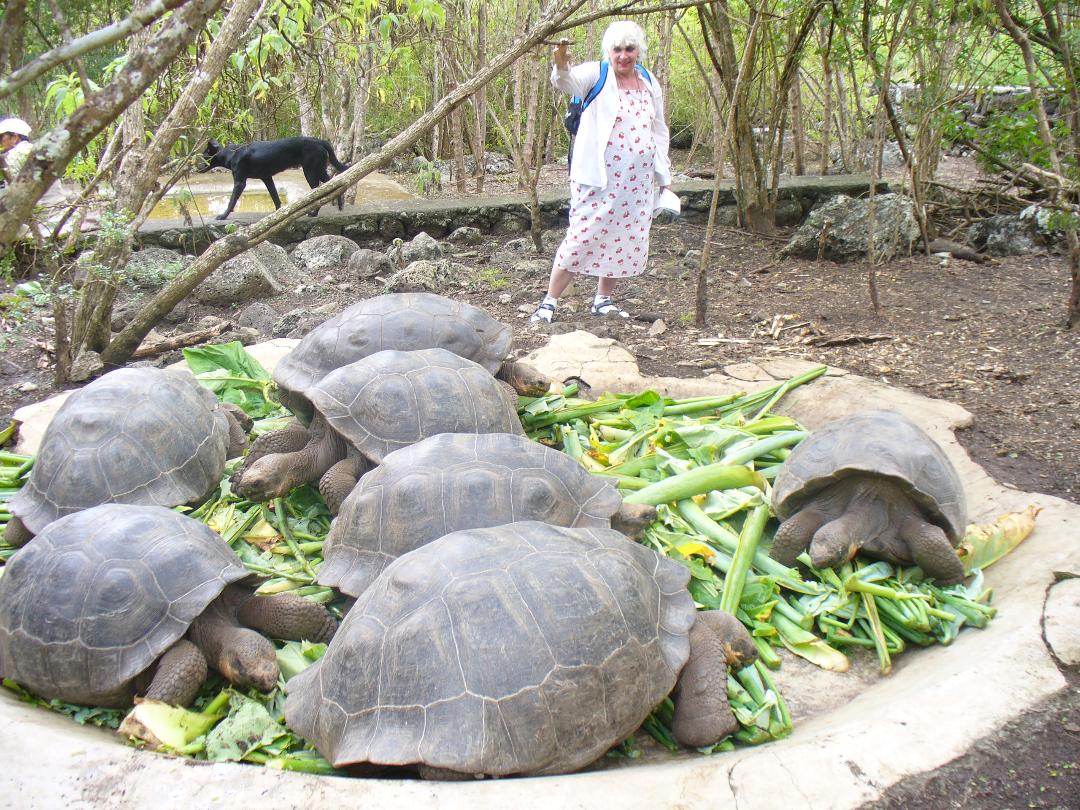 46 thoughts on “Photos of readers”