We have contributions from two readers today. First, Tim Anderson of Oz sent some nice astronomy photos; his notes are indented:

This is an image of the Helix Planetary Nebula taken on 5 September. Planetary nebulae have nothing to do with planets, early European astronomers thought they looked like planets and the name stuck, Rather, they are the gaseous remnants of stars that were too small to explode in a supernova. The shells of gas were blown off the star’s surface as the star contracted under its own gravitational pressure. Interestingly, planetary nebula last only a cosmological eyeblink – as little as 10,000 years before they fade to invisibility. 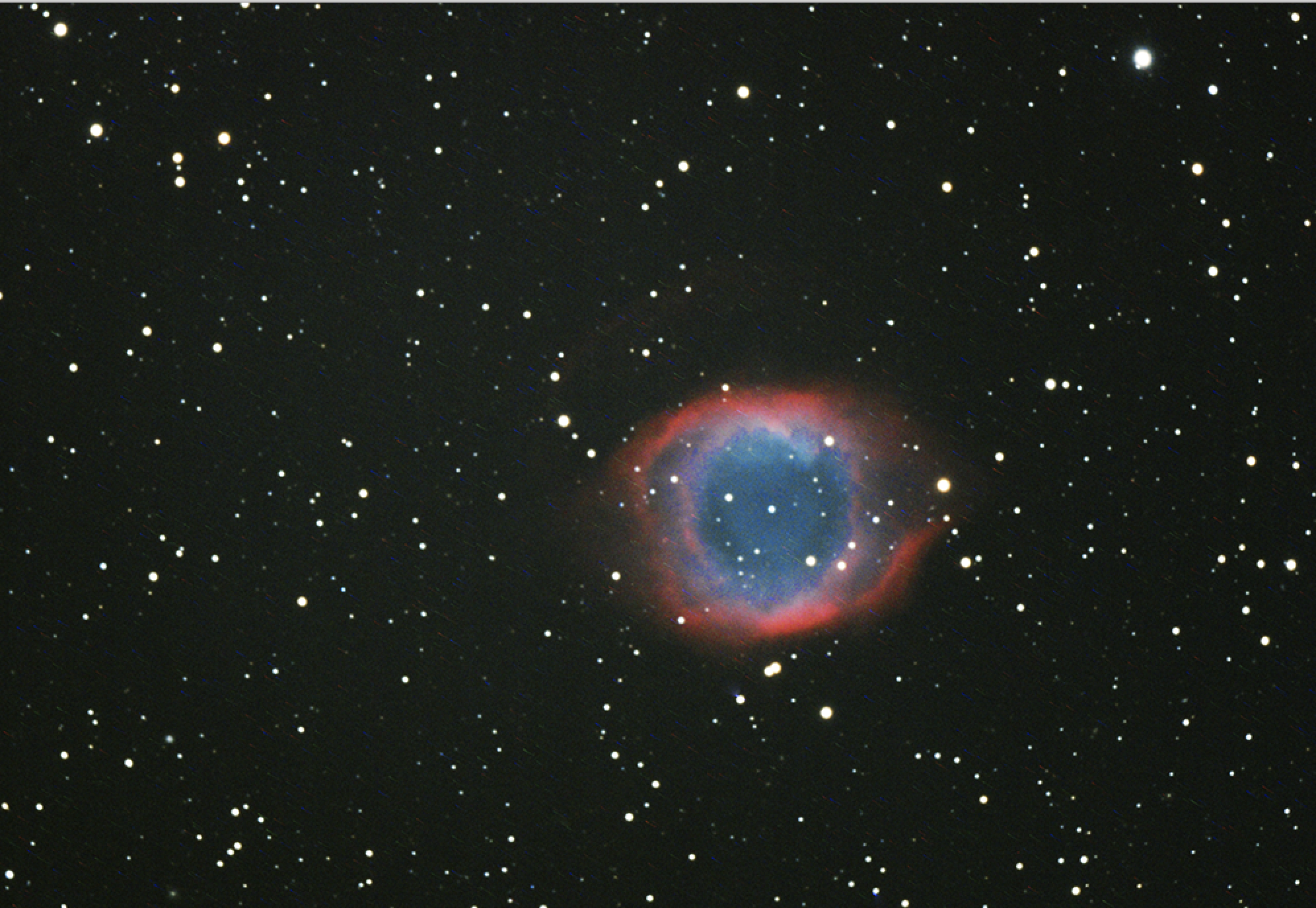 This image is of the Carina Nebula, one of the most active star-forming regions in the Milky Way galaxy. Sixty 60-second images taken with a Skywatcher Esprit 100mm refractor, ASI071MCPro, UV/IR cut filter, and an EQ8 mount. 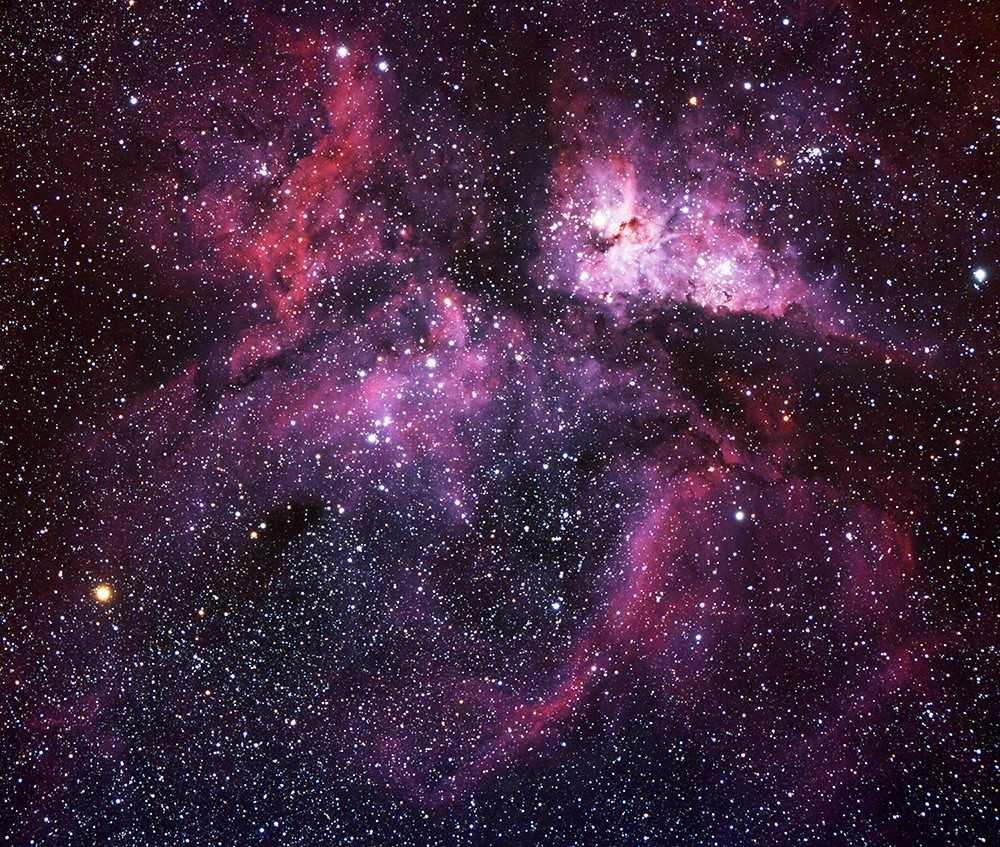 This image shows a set of emission and reflection nebulae embedded in the Sagittarius Constellation (the objects are formally known as IC 6559, 4685, 1274 and 1275). The dark “river” running between the two bright stars to the left is an absorption nebula known as B303. Imaged with a Skywatcher 254mm F4 Newtonian telescope, an ASI071MC Pro camera on an EQ8 mount. The image comprises ninety 90-second frames stacked and post-processed to taste. 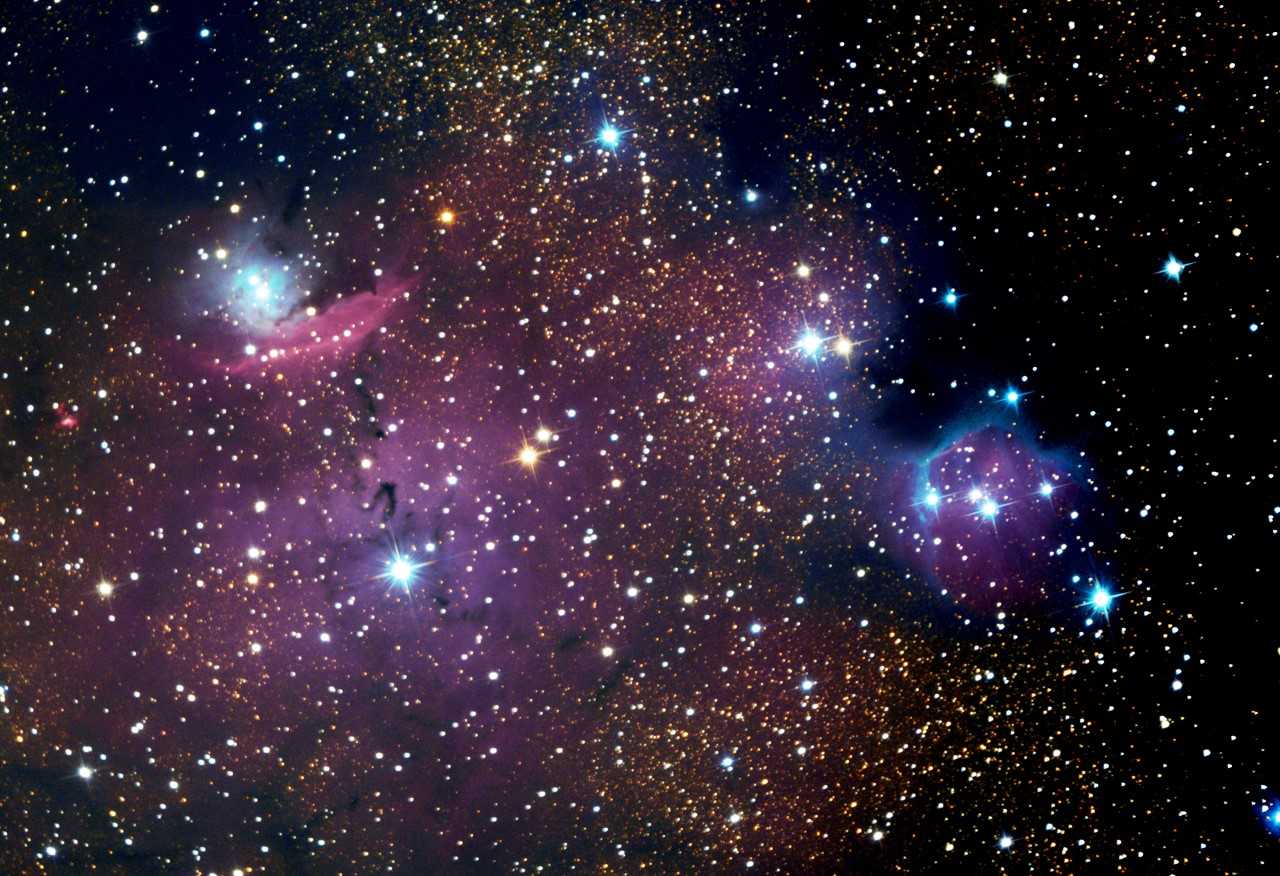 And an orthopteran from Amy Edmonds:

You probably can’t count this as a nature photo, but I thought I’d share this perfect little visitor to my deck today.  His coloring is so perfect I almost touched him to try to move him (it), thinking it was a budding flower that was stuck between the vine and the trellis.  I watched him for awhile.  When he got to the top of the trellis he seemed to be thinking how to get back down when there was no more trellis to climb on. 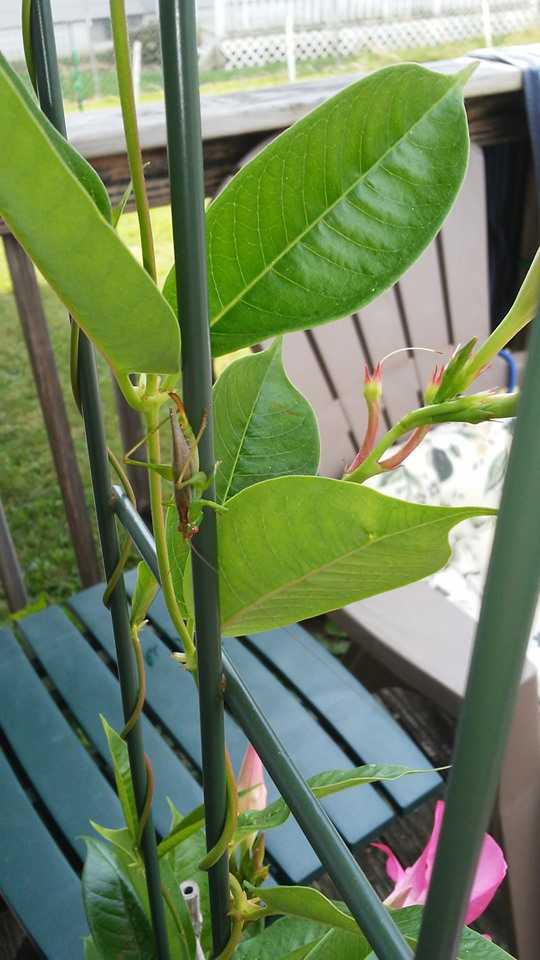