Be sure to send in your good wildlife photos; the tank is running a bit low. Today’s photos come from Tony Eales in Australia, whose notes are indented:

I went to my favourite little national park near my house on the first official day of spring in Australia looking for ground orchids to photograph. Seems I’m still a little early for that but the conditions on the day made for some lovely shots of dewdrops on flowers and arthropods. 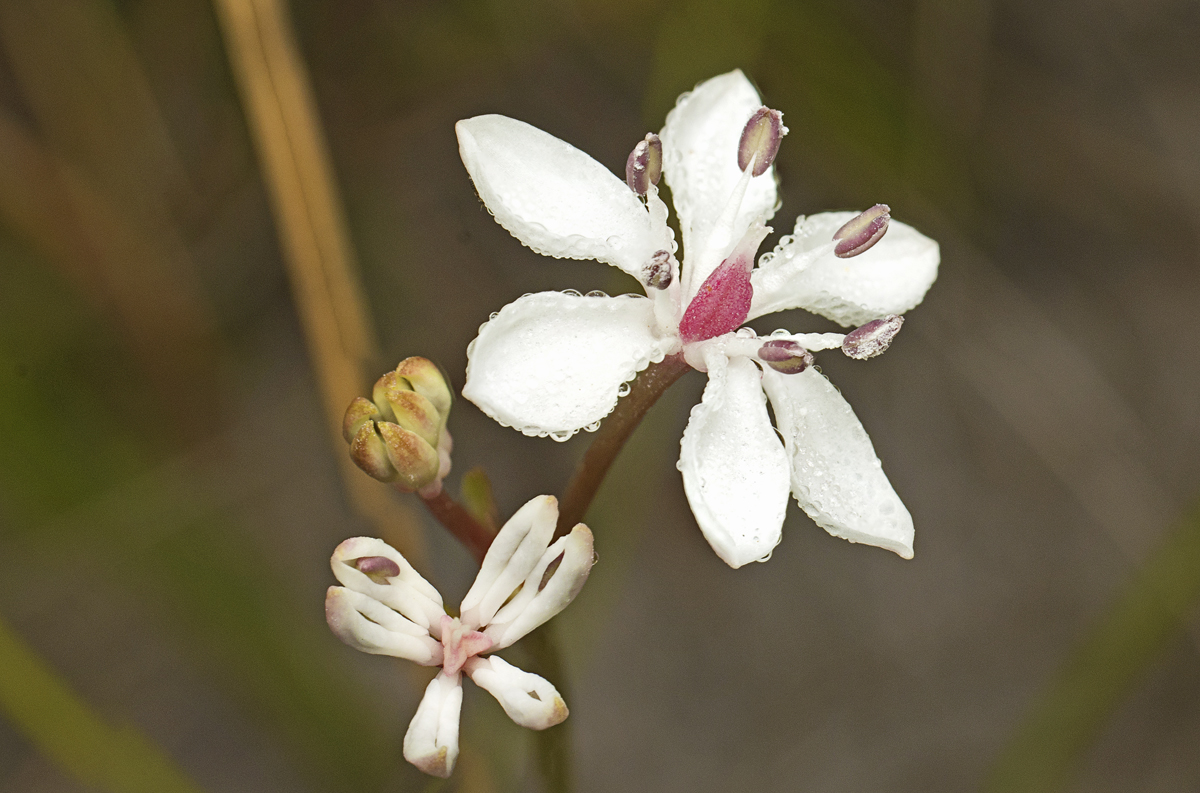 Next I found a Percher (Diplacodes sp.) Dragonfly, completely inactive in the cool of the morning so covered in dew that at first glance I thought it was a grey seed pod that looked like a dragonfly. 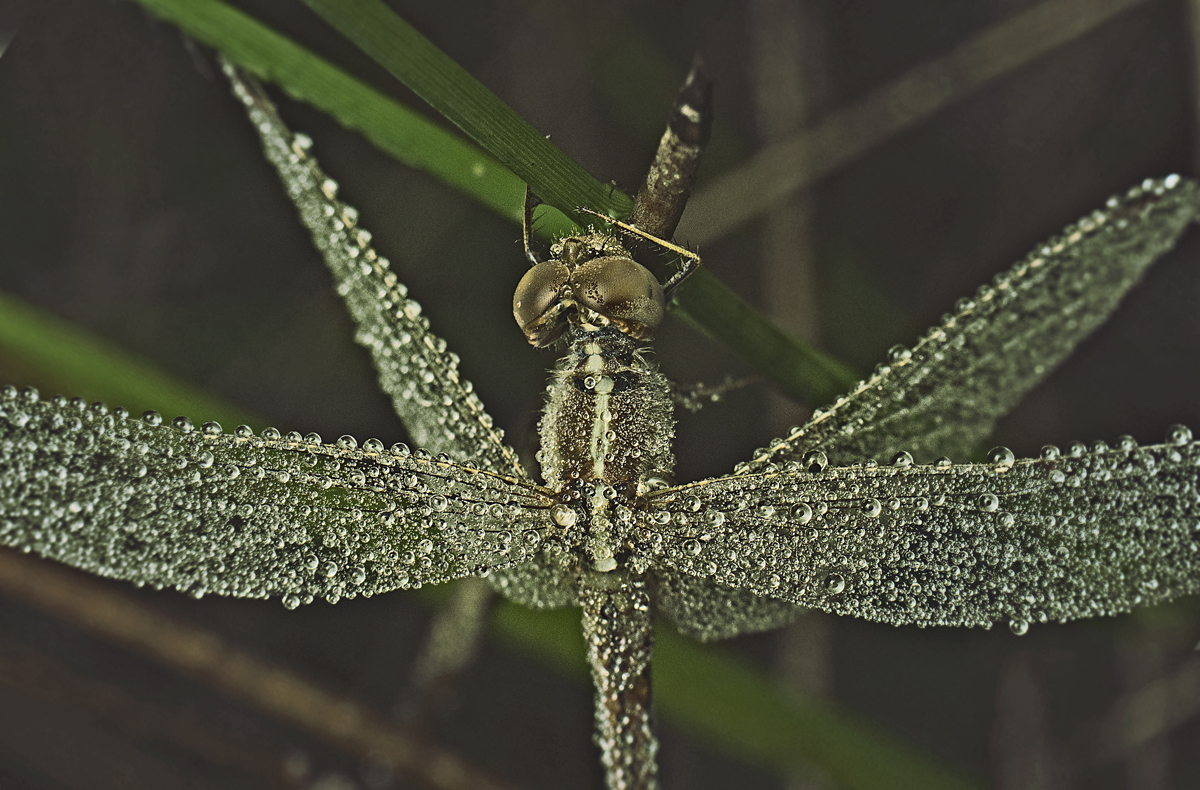 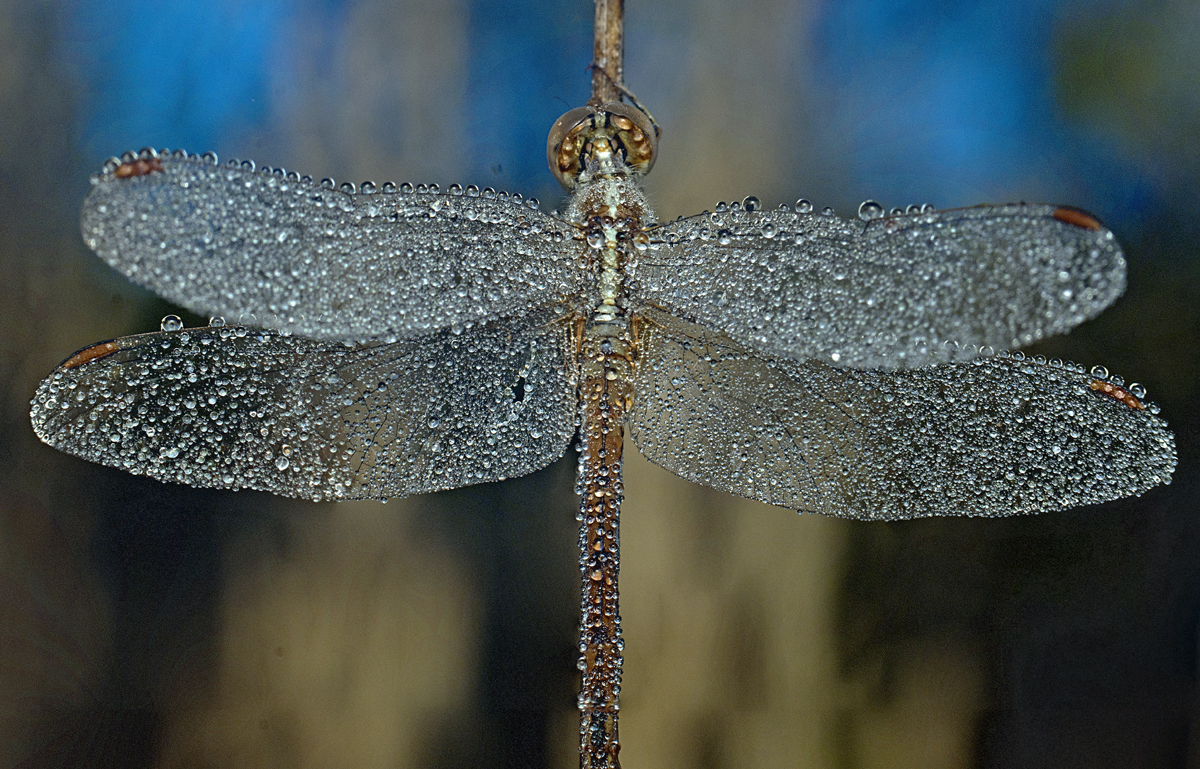 Another native flower that was open everywhere in the park was Hibbertia vestita the Hairy Guinea Flower. 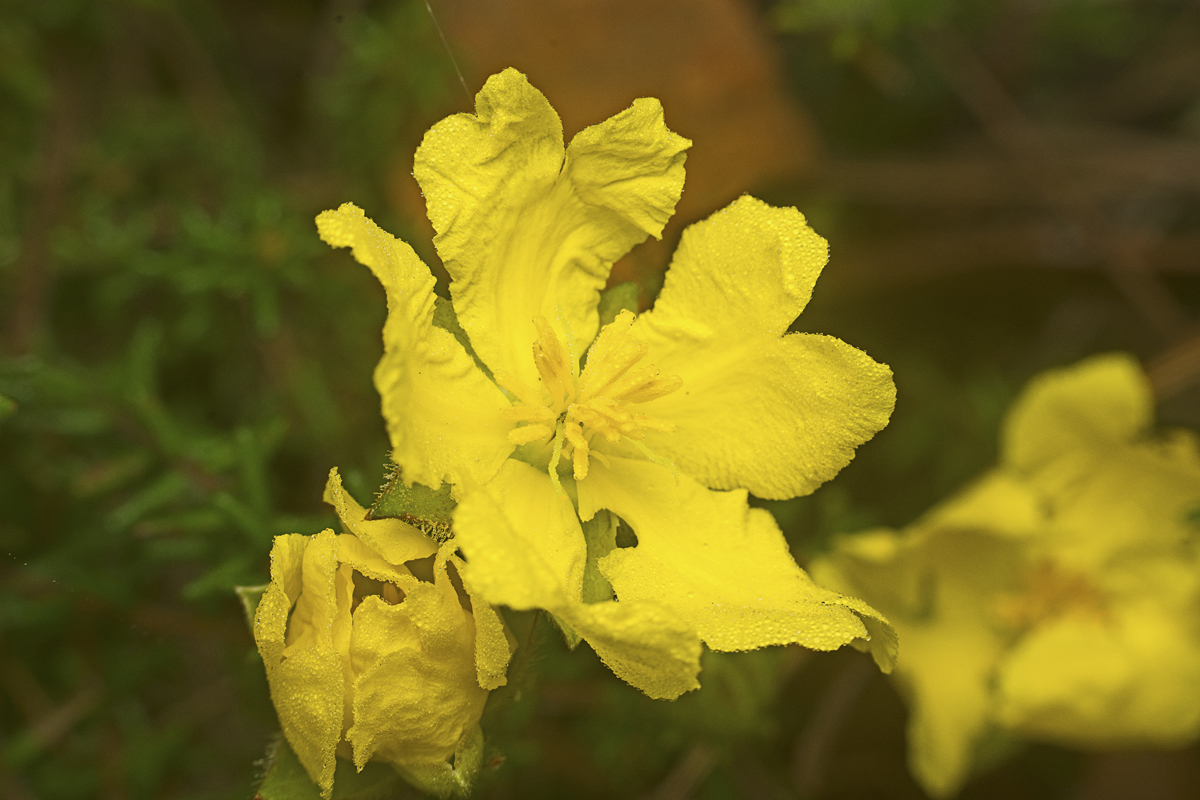 I also found a completely inert crab spider (Lehtinelagia sp.) dangling from a single thread, probably a way to spend the night safe from predators. It made him easy to rest on a leaf for the photo and then leave him suspended where he was. 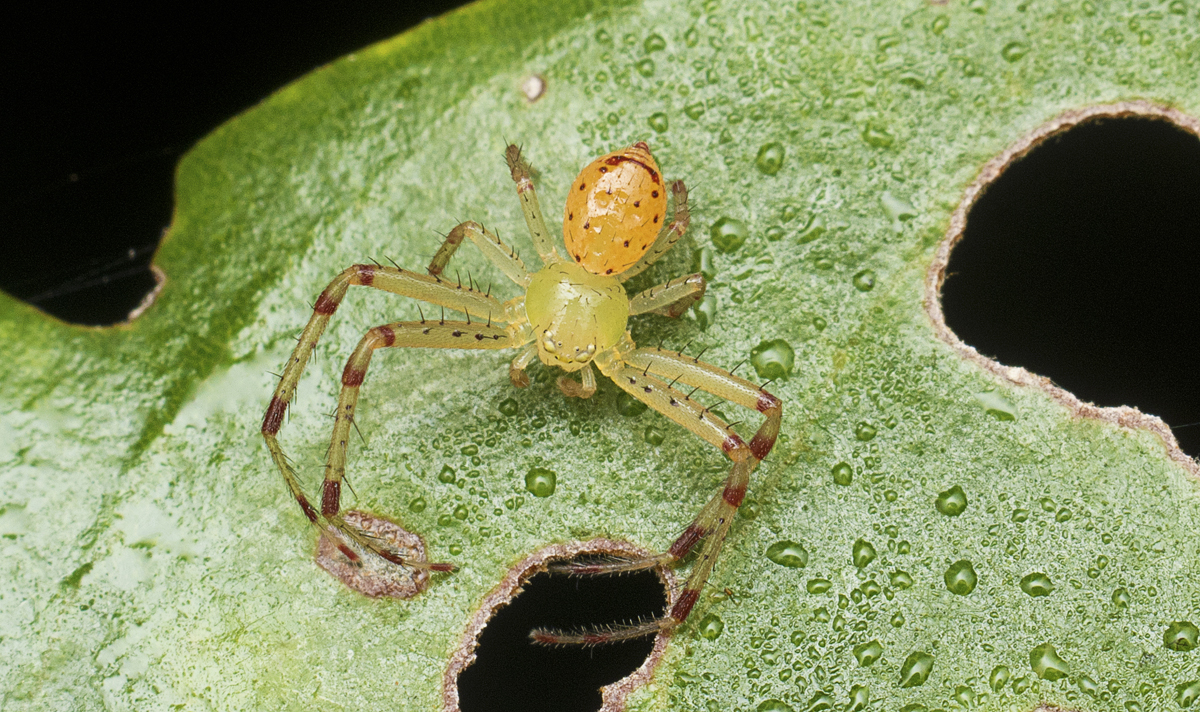 While searching around for midge orchids I found this tiny little flowering plant which I think is Mitrasacme sp. They seem to be fairly common but so small and hard to notice I can’t find a common name for it. 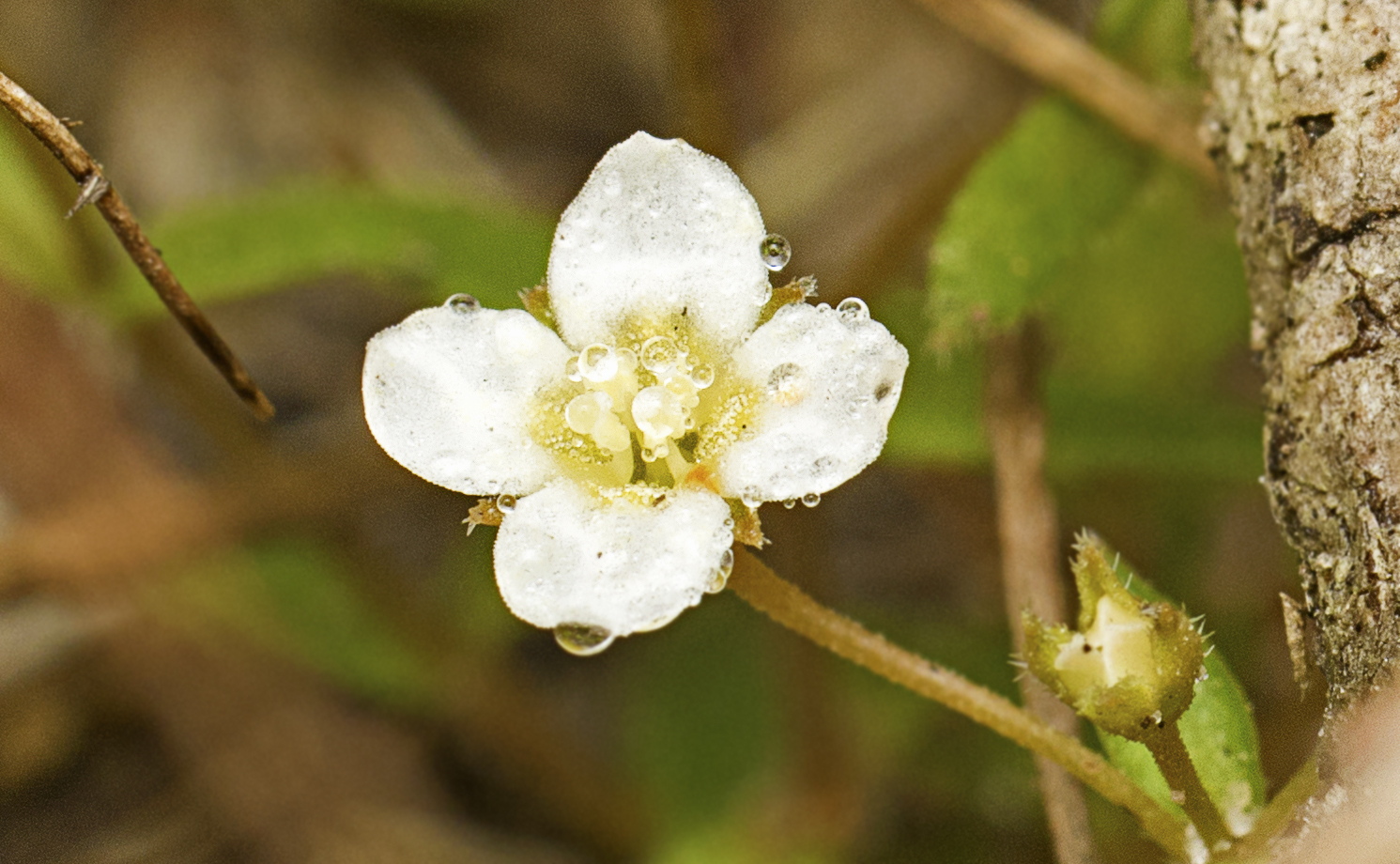