Today’s photos are from the Aussie Tony Eales, who gives all the notes we need:

A bunch of flowers today.

First is a weird member of the Showy Mistletoe family, Loranthaceae, called Amyema cambagei or the She-oak Mistletoe. Mistletoes including this species often display host-mimicry that is often so good that were it not flowering, it would be difficult to notice the plant. The long needle-shaped leaves of the mistletoe is a near perfect match for those of the Casuarina and Allocasuarina trees that it parasitises. 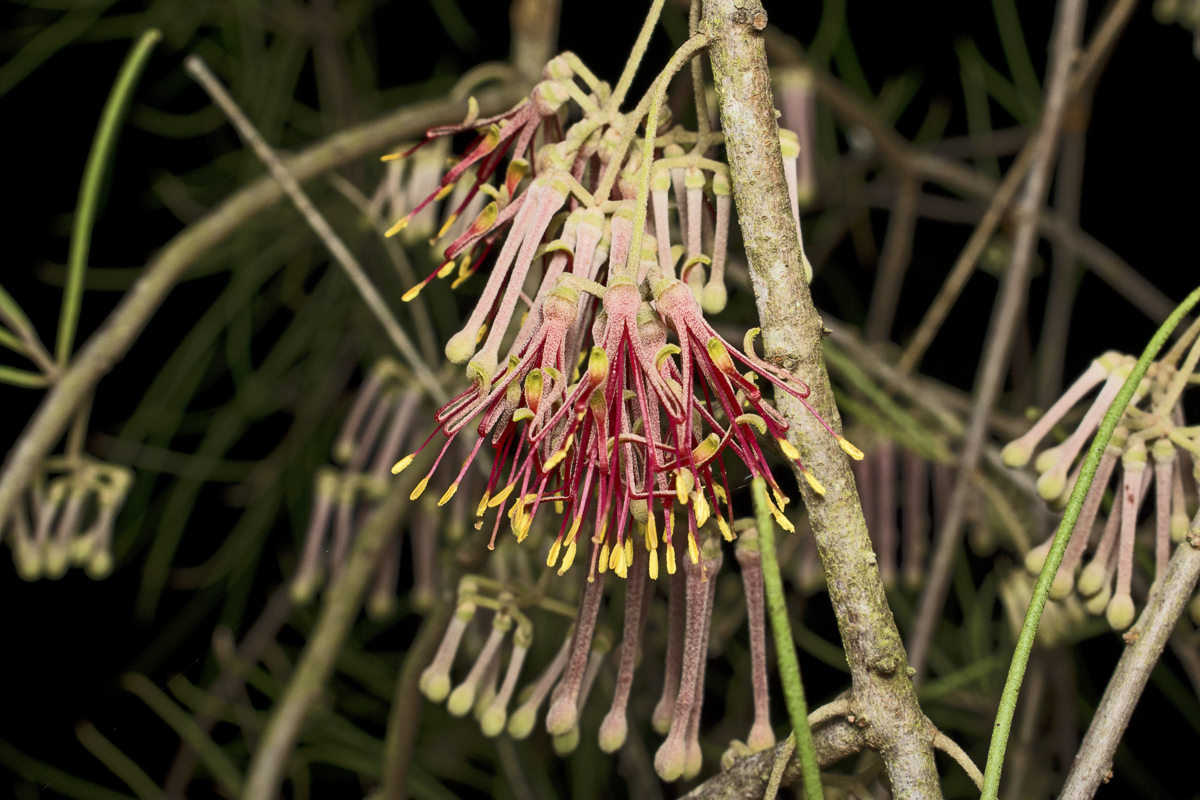 Next are three mangroves but the first mangrove isn’t a mangrove. Aegiceras corniculatum is called the River Mangrove and is in the Primrose family. 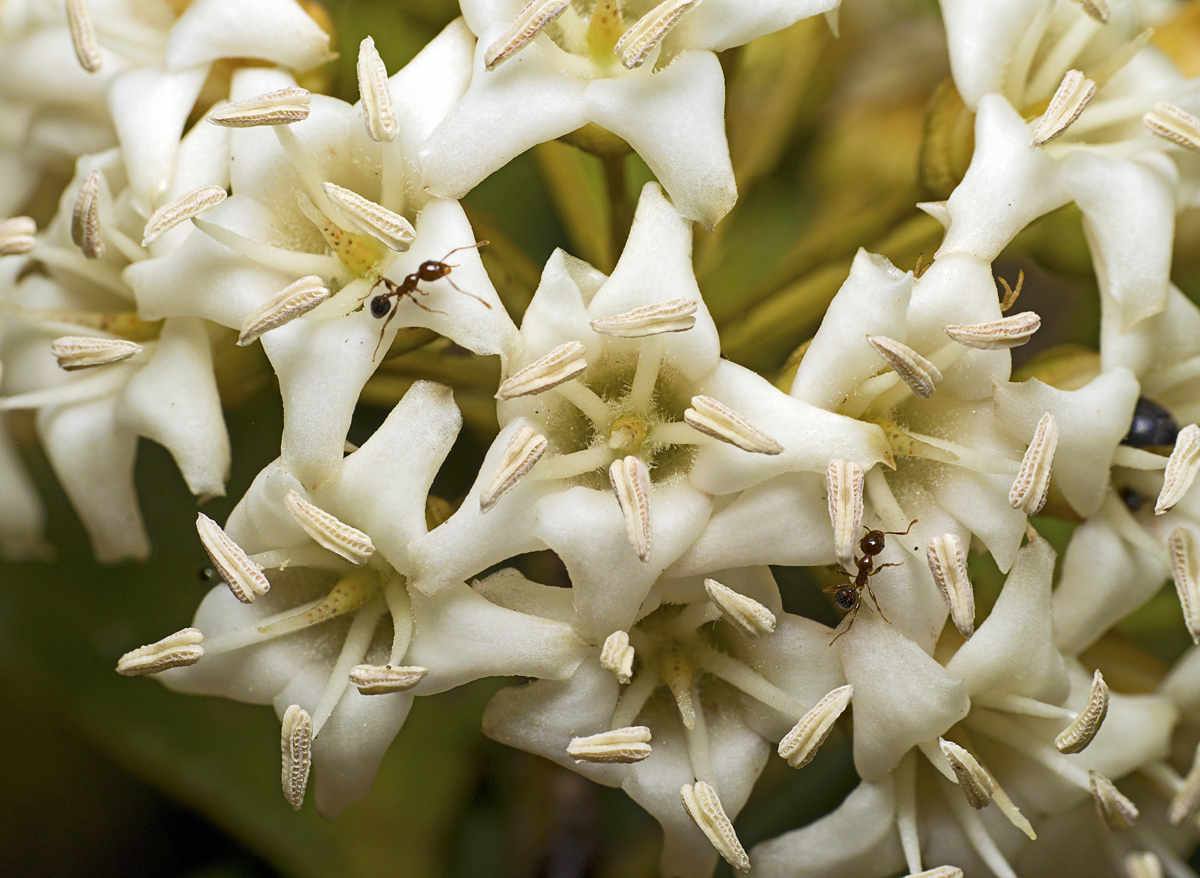 The next two are actually members of the mangrove family Rhizophoraceae. Bruguiera gymnorrhiza is called the Orange Mangrove and Ceriops australis the Smooth-fruited Yellow Mangrove [JAC: in order below]. All these trees have amazing adaptations to the dynamic and saline habitat that they help create along the shorelines. 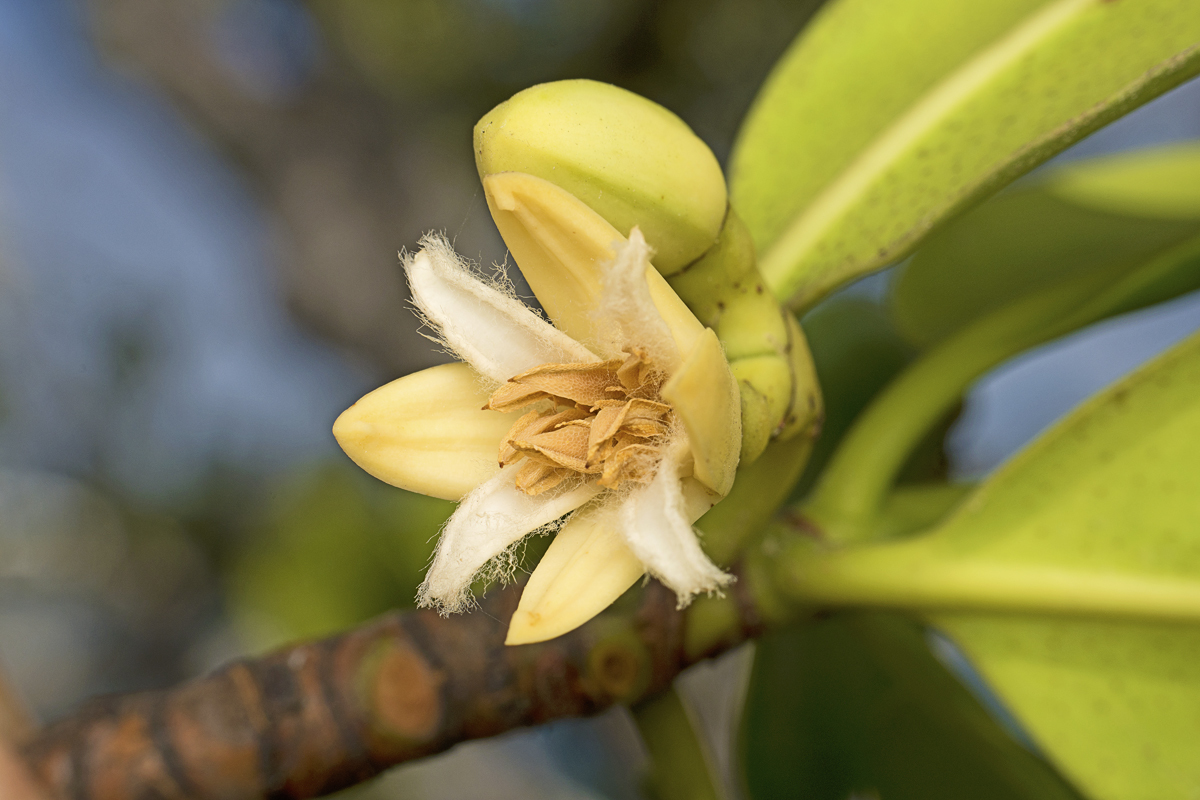 Next is Persoonia virgata; I just love its flowers, as they look a bit like tiny bananas as they open. On the eastern side of Australia where I live, the genus is known as Geebungs, but in the weird west they are known as Snottygobbles. Yuck. I’ve never tried the fruit; I seem to only find unripe fruit in the bush but I suspect it’s quickly snapped up by birds when it ripens. 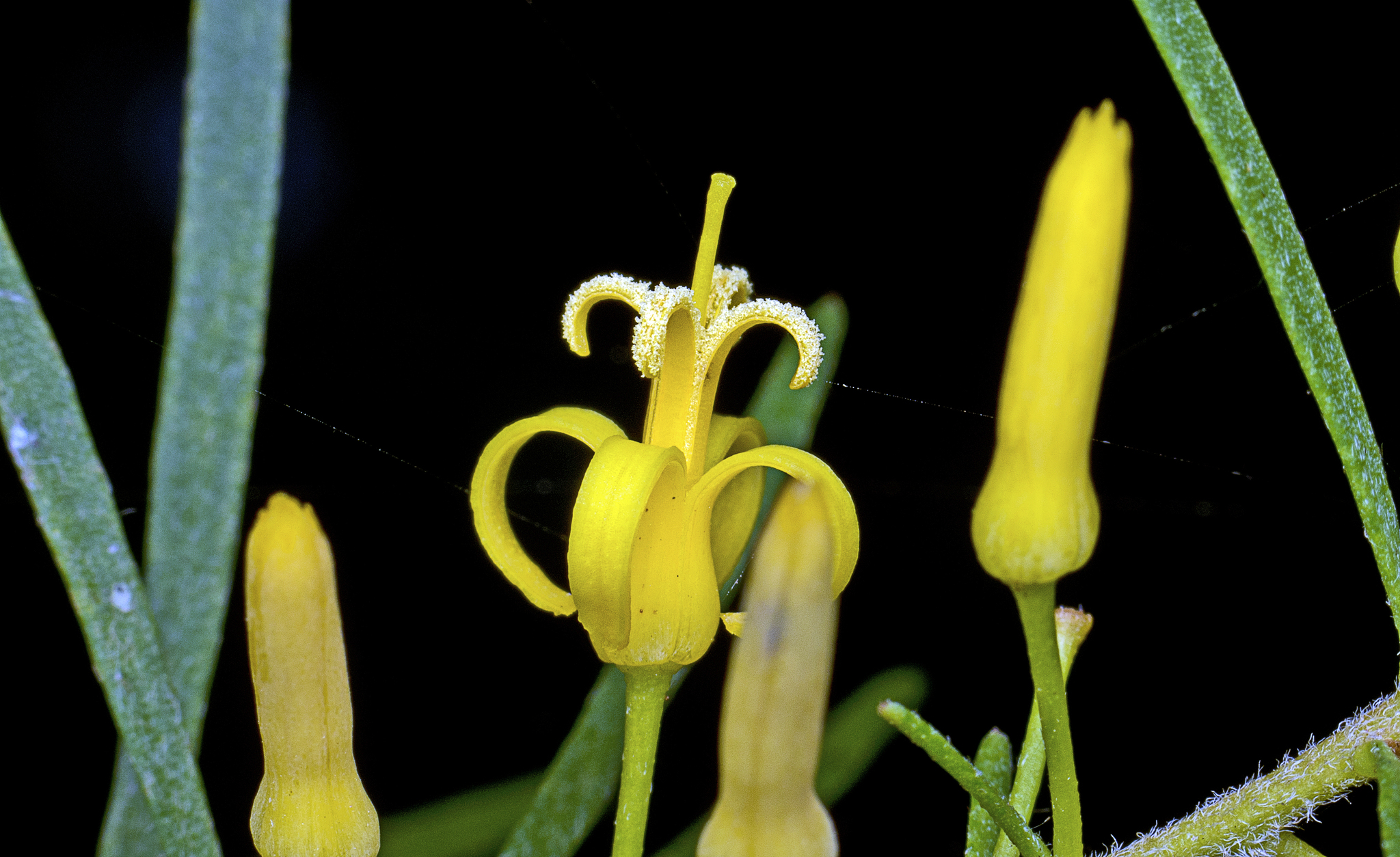 The last three photos are of Triggerplants. Triggerplants are a mainly Australian genus with an amazing method of pollination. When an insect lands on the flower a trigger that was bent back behind the plane of the flower, springs up and covers the insect in pollen. They are also unusual in the floral spikes and sepals often being covered in sticky trichomes similar to those of a sundew which can trap insects. This has led some to conclude that they are proto-carnivorous but that is disputed. The bright pink ones are Stylidium graminifolium, which grow in a grassy rosette of leaves from which a tall spike  that can be up to 60cm or longer. You can see some with sprung and unsprung triggers and make out the trichomes in one of the photos. 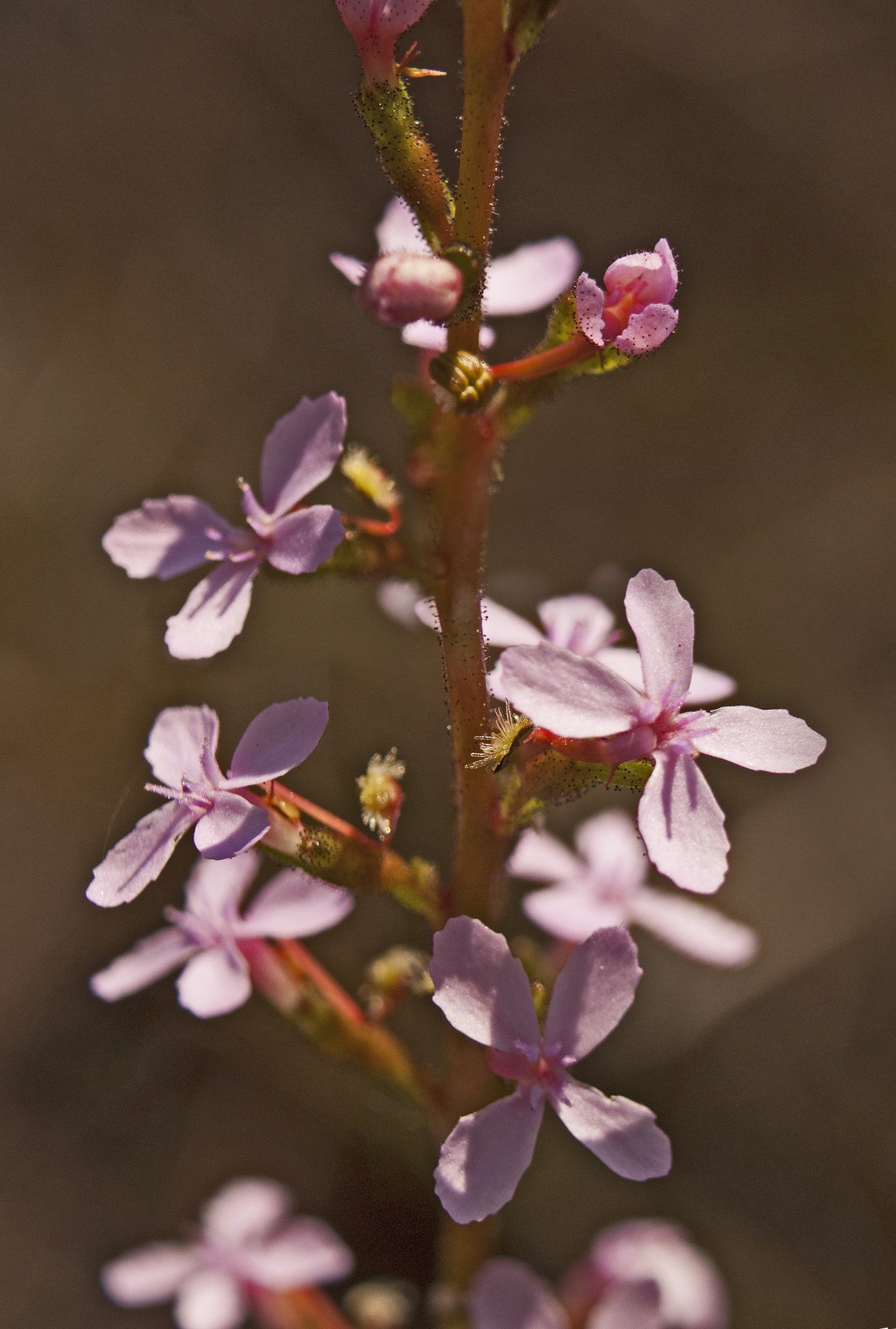 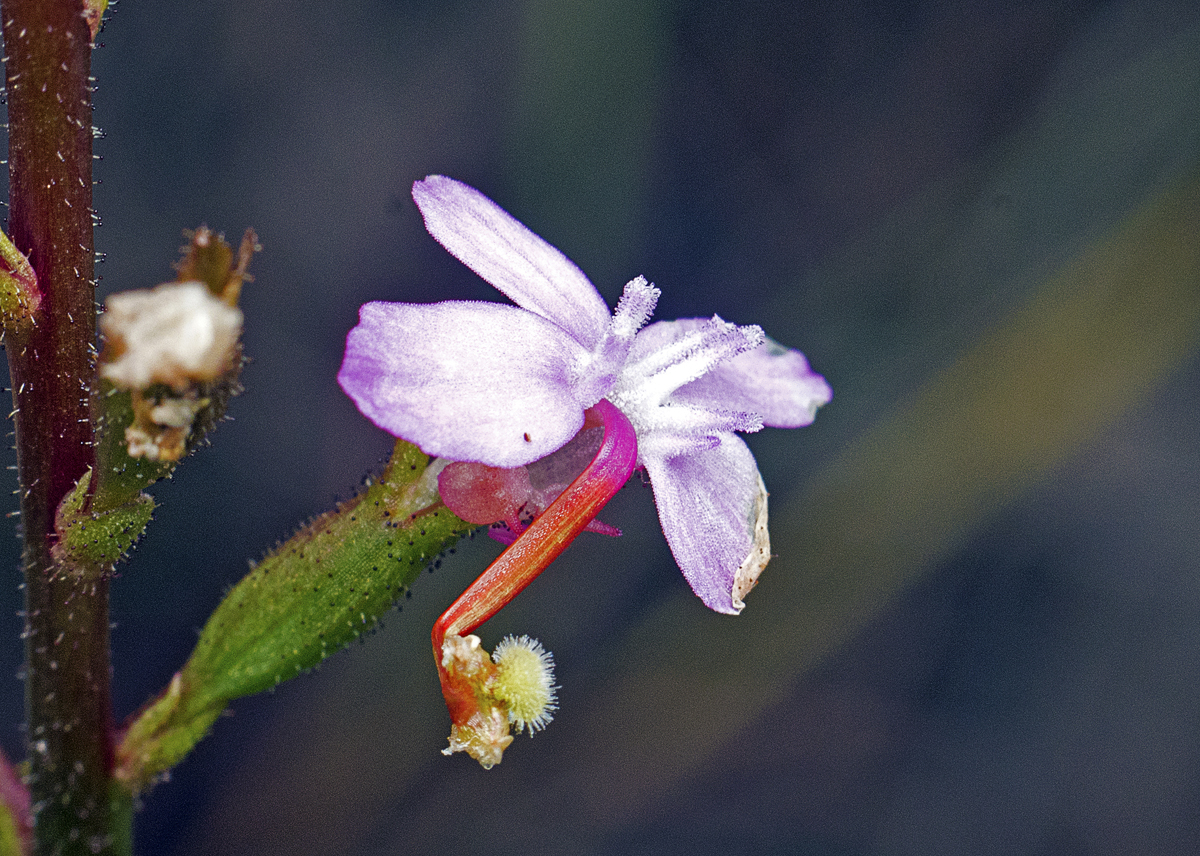 The other is photo shows two flowers of Stylidium repens from Western Australia, on a tiny plant only about 5cm tall. In this photo the flower on the left has been triggered and the one on the right is still set. 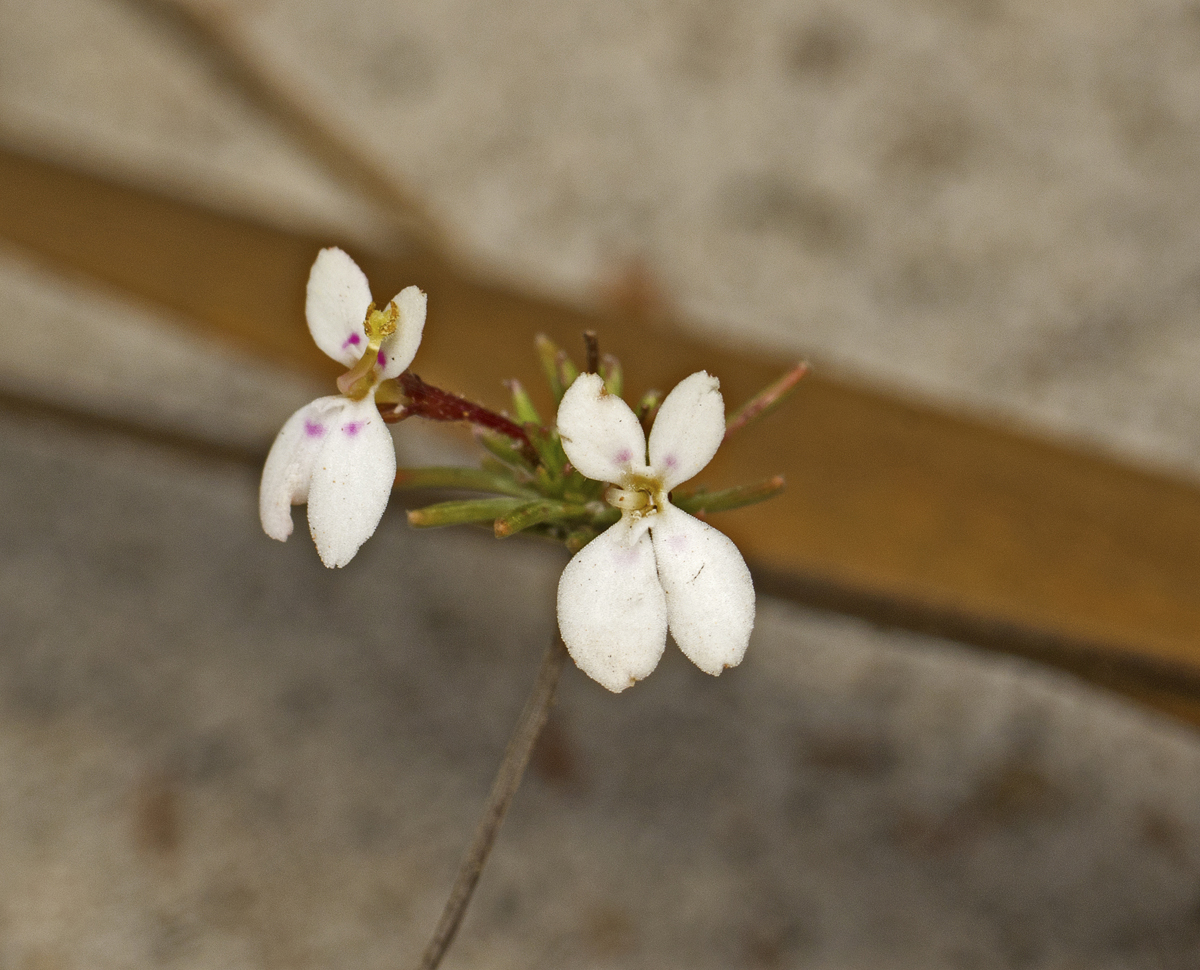