We have some photos and a story from reader Olen Rambow. His text is indented:

Attached are some wildlife photos taken in Shenandoah National Park in Virginia. I believe the butterfly is a female Eastern Tiger Swallowtail (Papilio glaucus), and the moth is a Royal Walnut Moth (Citheronia regalis). I was not able to identify the millipede. (I think it’s a millipede, rather than a centipede, as it appears to have about twice as many legs as body segments.) 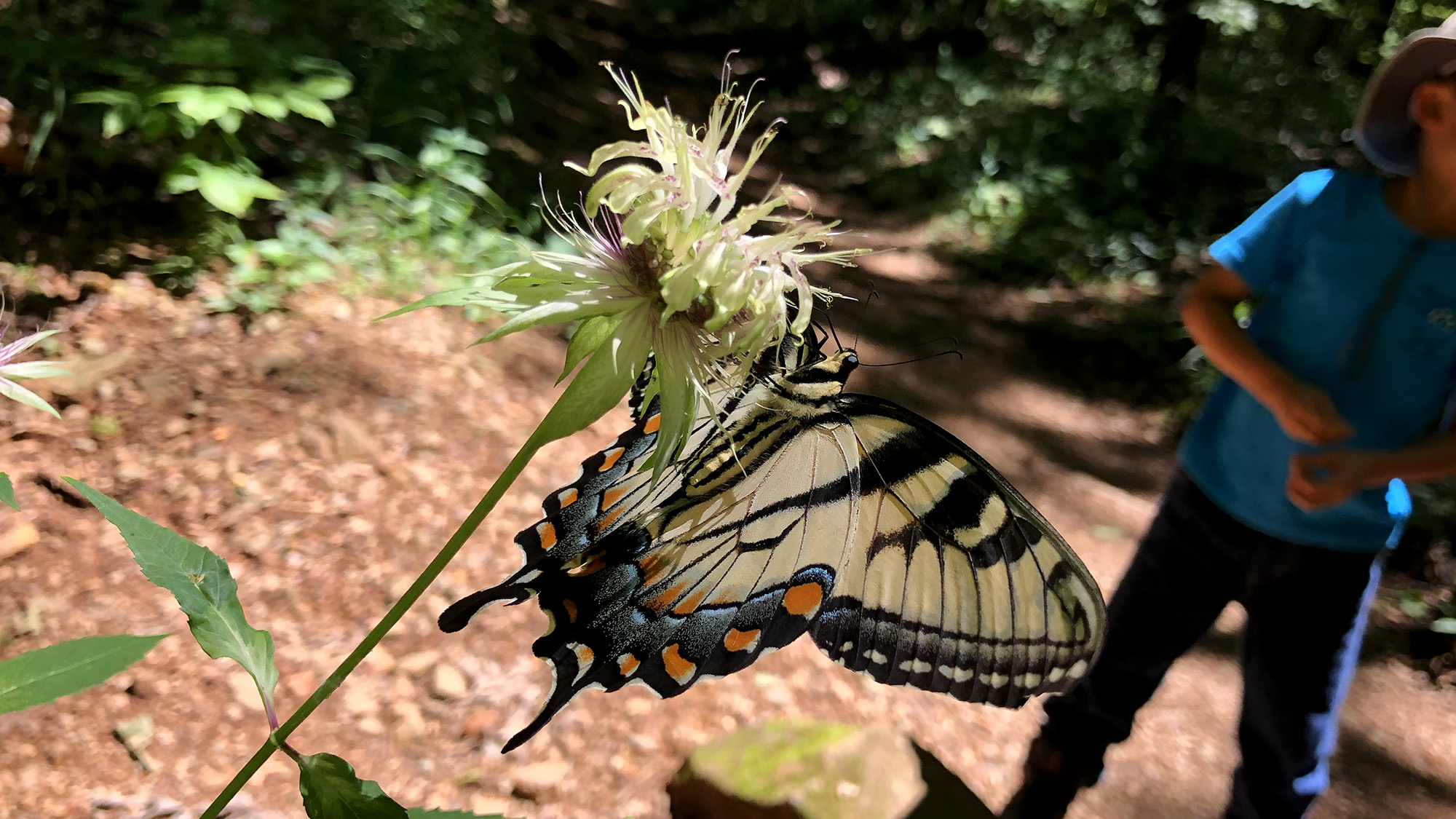 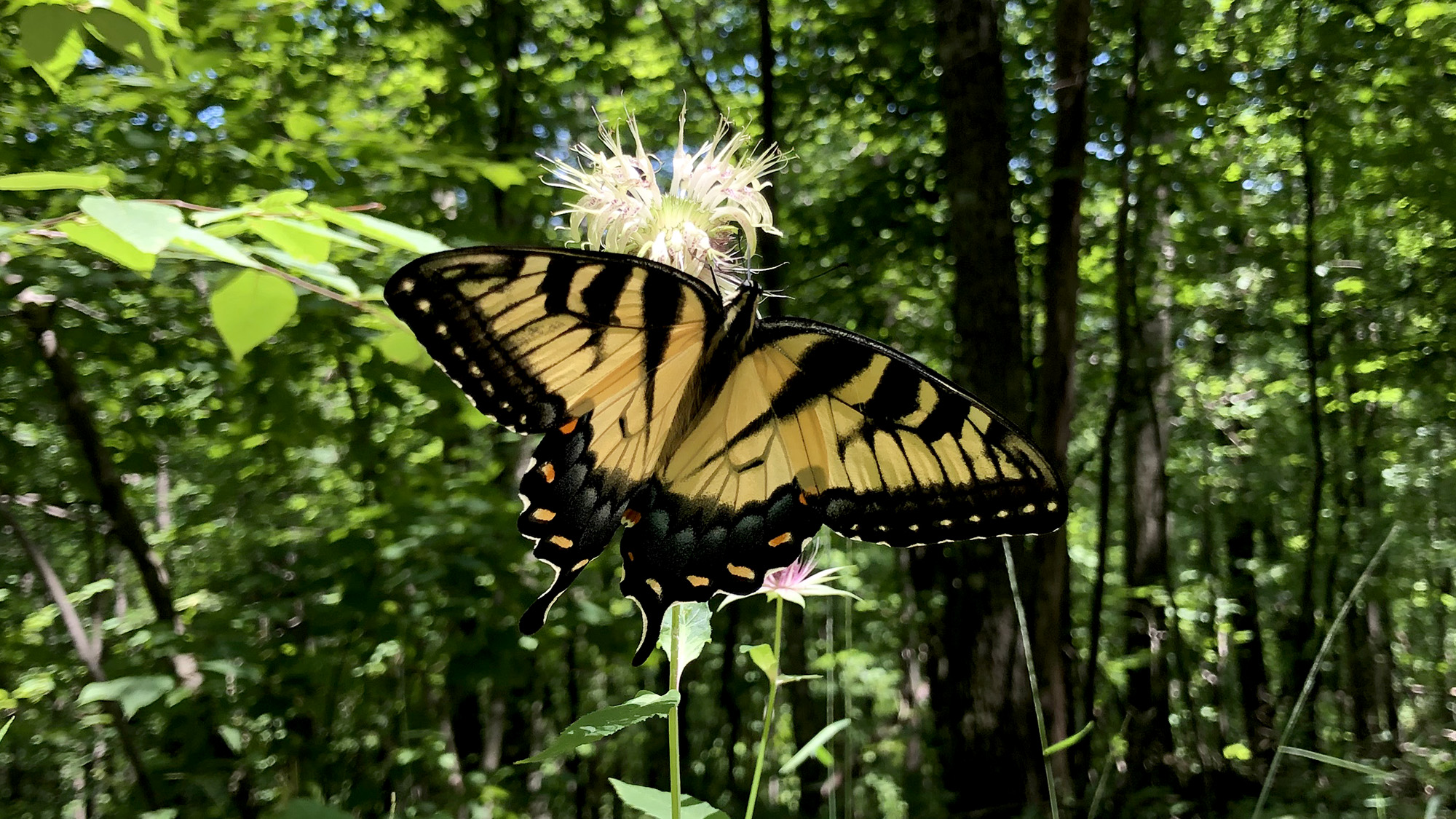 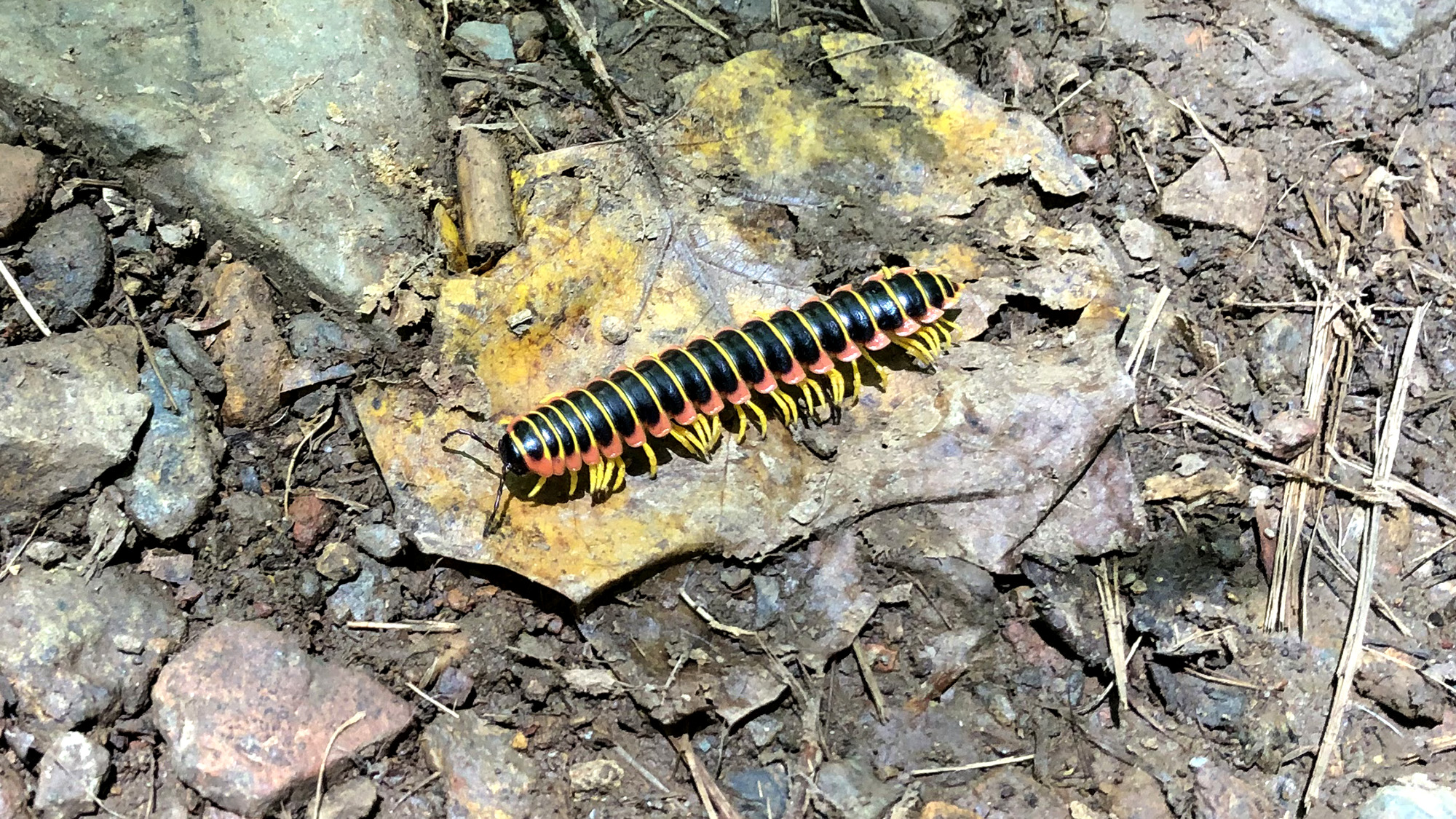 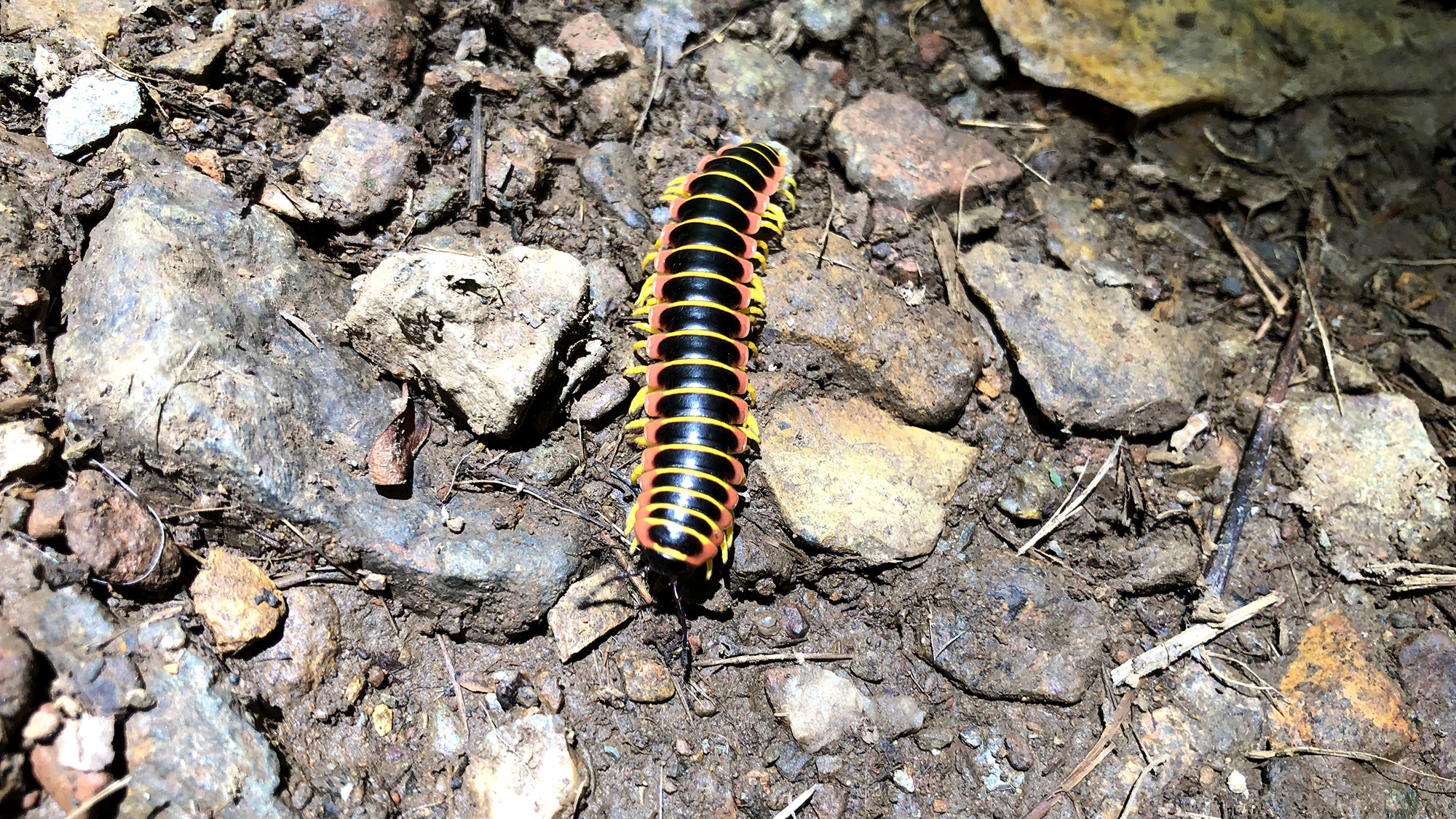 I discovered that the millipedes above are not only aposematically colored, as they contain cyanide that makes then poisonous, but are also part of a Müllerian mimicry complex in which different species mimic each other’s color and pattern.

There’s a funny story behind the moth: We found it on our cabin doorstep in the morning and later saw that it was still there when we returned from a hike in the afternoon. I touched it with my finger, and it fell over onto its side, its legs twitching feebly. I assumed it was dying, and I took it inside, not wanting such a beautiful specimen to get stepped on or eaten by ants. My five-year-old son and I named it Charlie. For the rest of the day, Charlie lay on top of the chest of drawers, presumably dying in peace. Then at about 10 p.m., as we were drifting off to sleep, we heard a rather dramatic fluttering and thumping from Charlie’s side of the room. I turned on the light over the bed, and Charlie promptly flew straight into it, apparently in good health. My wife screamed, while my son jumped up and down yelling, “Charlie’s alive! Charlie’s alive!” I put him outside, and he flew off into the night. The next morning, he had returned to roost on our doorframe again. I guess the lesson I learned is that moths can sleep surprisingly soundly during the day.

I think the moth should have been named “Lazarus” rather than Charlie. Do you recognize the species? We saw this the other day: 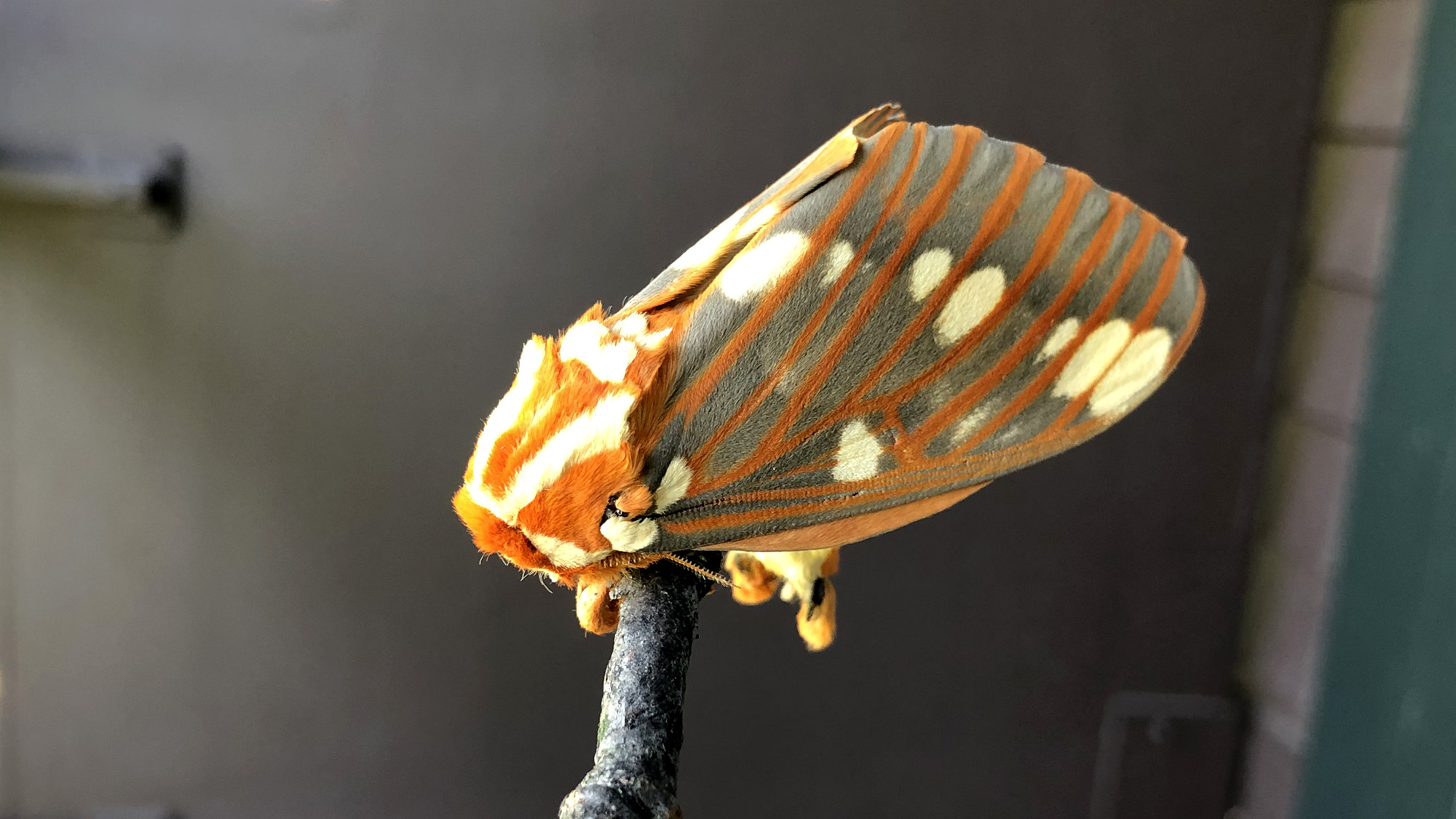 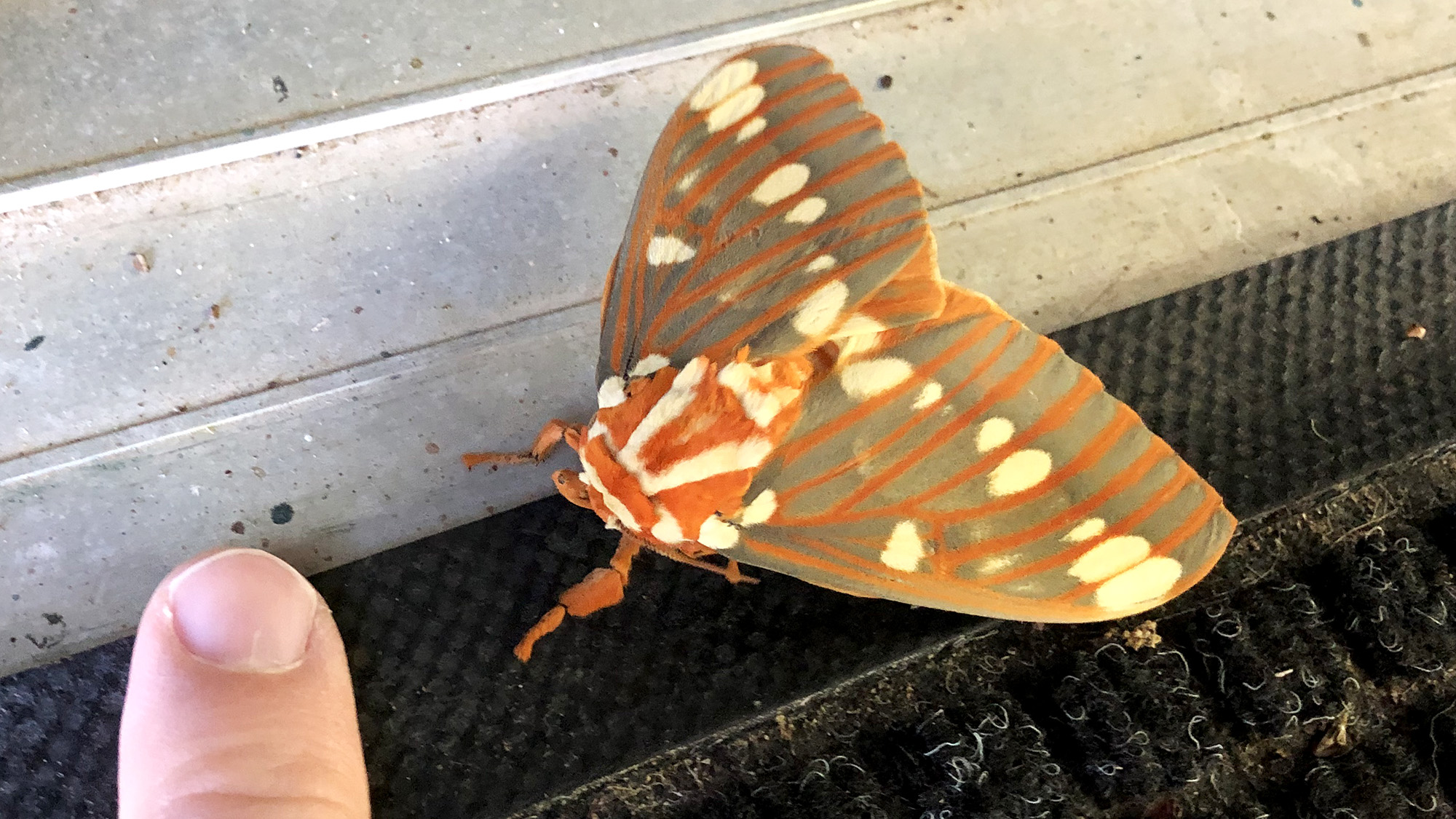