Today we have some bird denizens of Florida wetlands, courtesy of reader Paul Peed. His notes are indented:

One of 5 species of spoonbills in the world and the only one found in the Americas, Roseate Spoonbills (Platalea ajaja) have made Goodwin a primary roosting site.  These flamboyant birds sweep their bills through the marsh for crustaceans and other invertebrates: 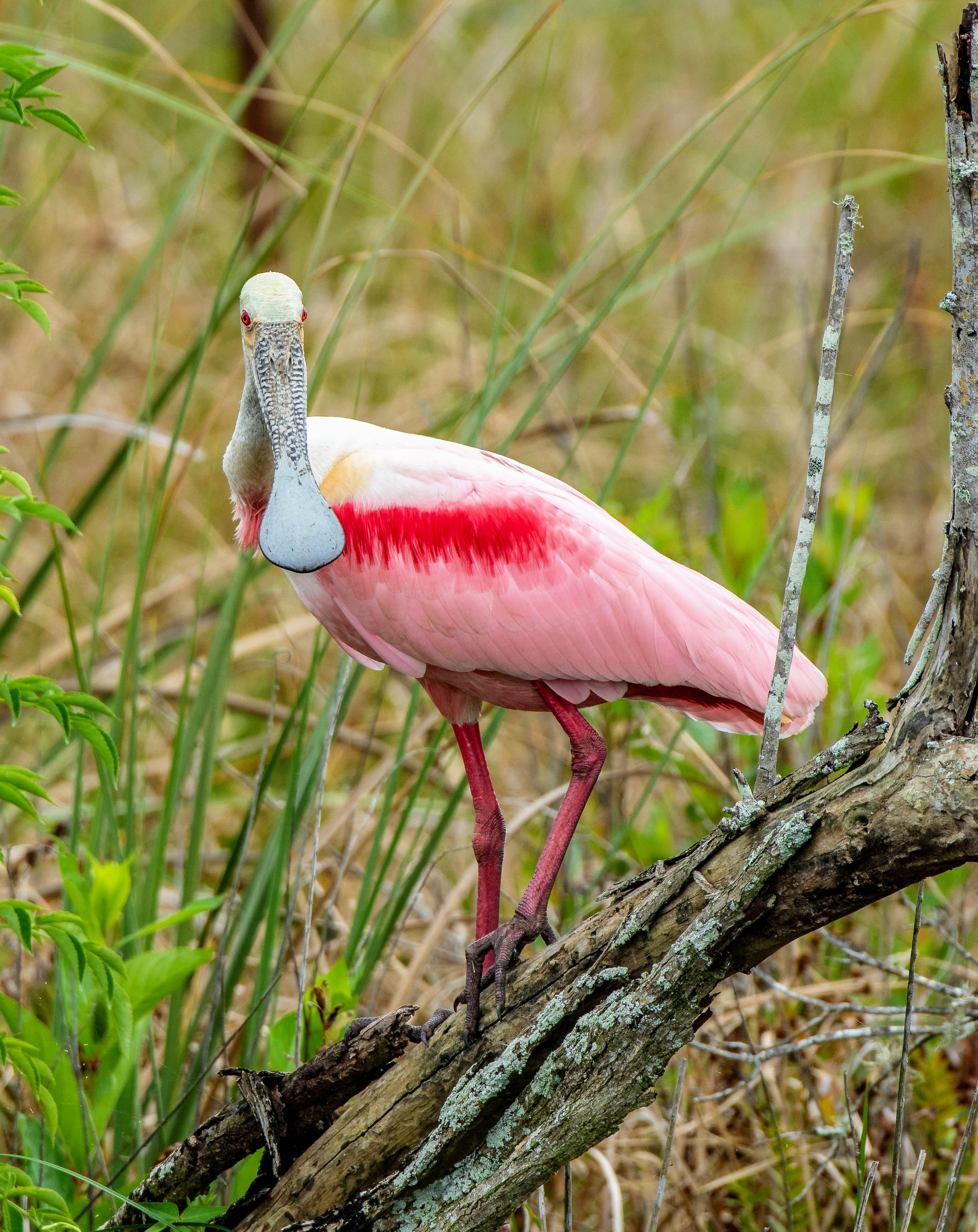 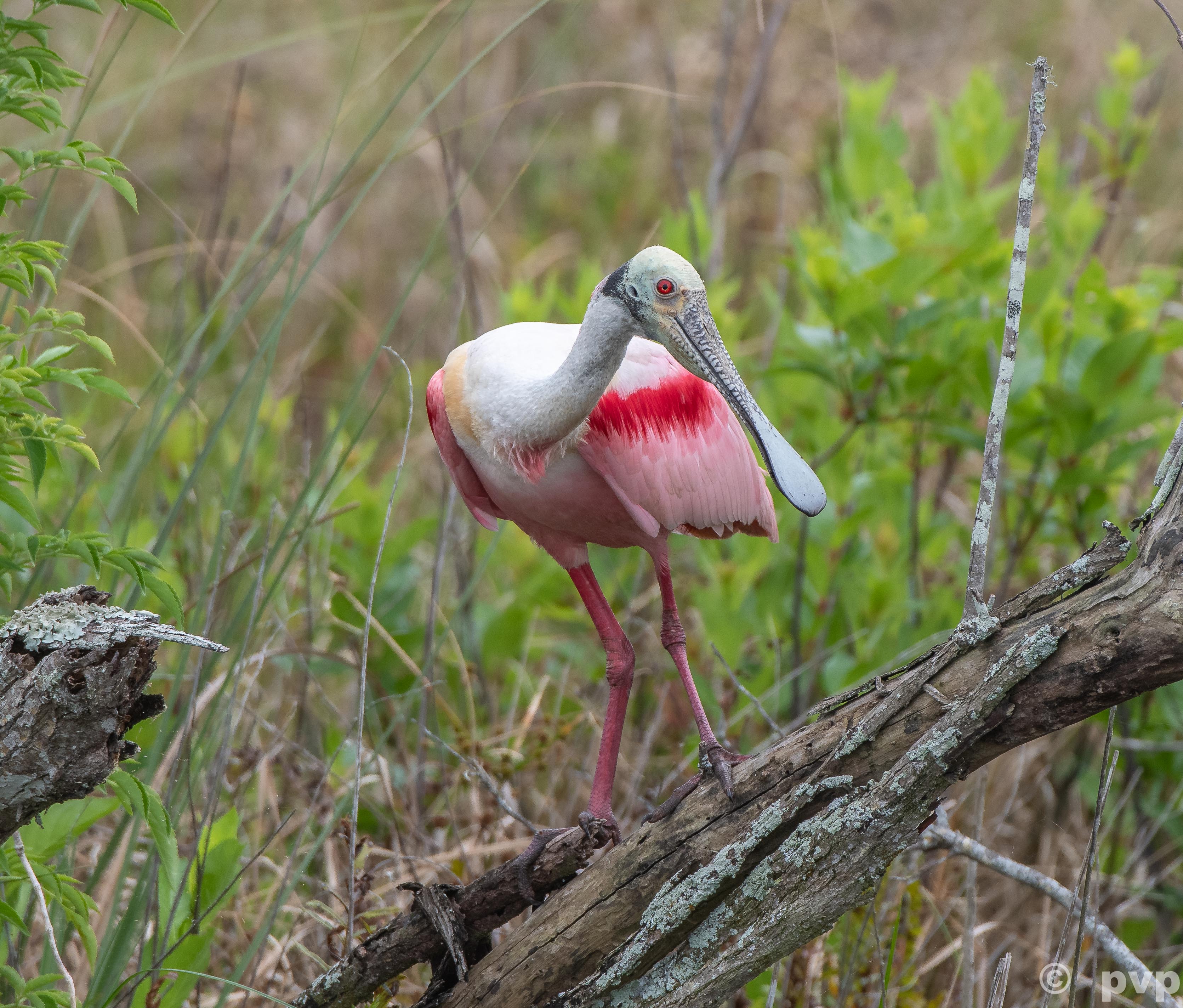 The Roseate Spoonbill loses feathers from his head as he ages.  Yes, balding in the bird world! 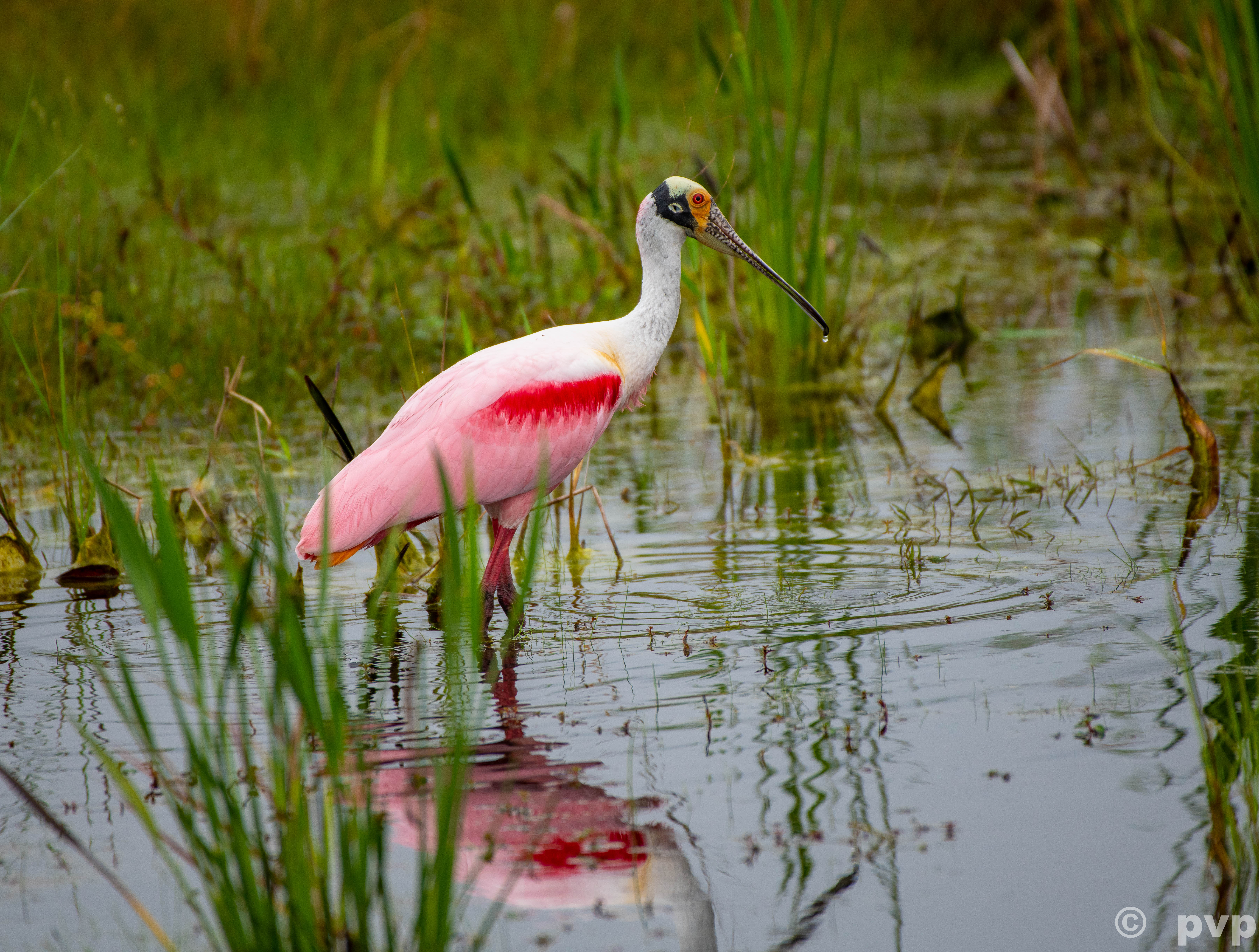 Their feeding pattern is to plunge that paddle-like bill into the marsh and sweep side to side: 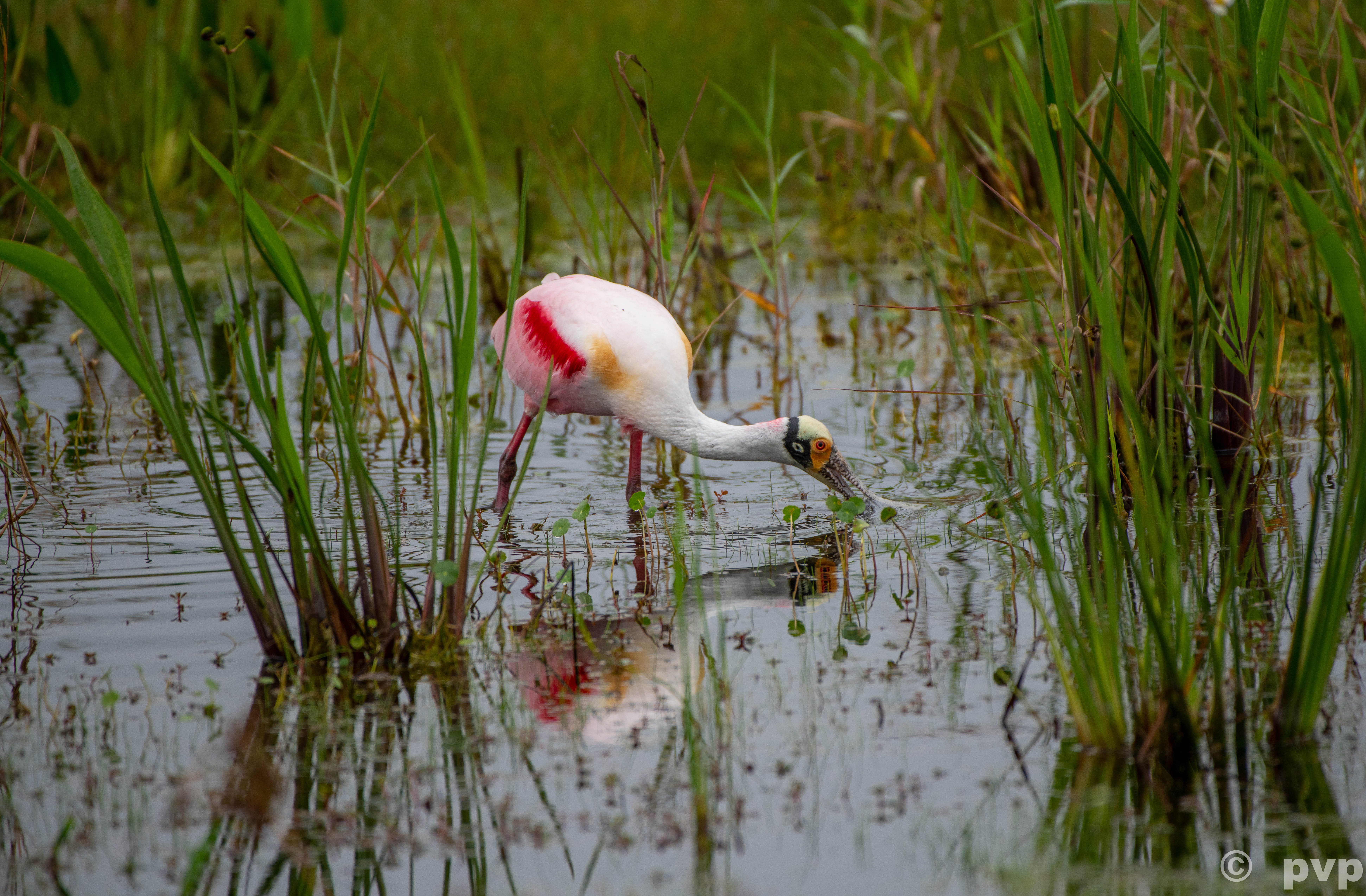 Another highly successful species at Goodwin is the Great Egret (Ardea alba). One of many marsh/wetland birds hunted to near extinction for their plumage, they benefited from the first conservation movements and resulting laws. 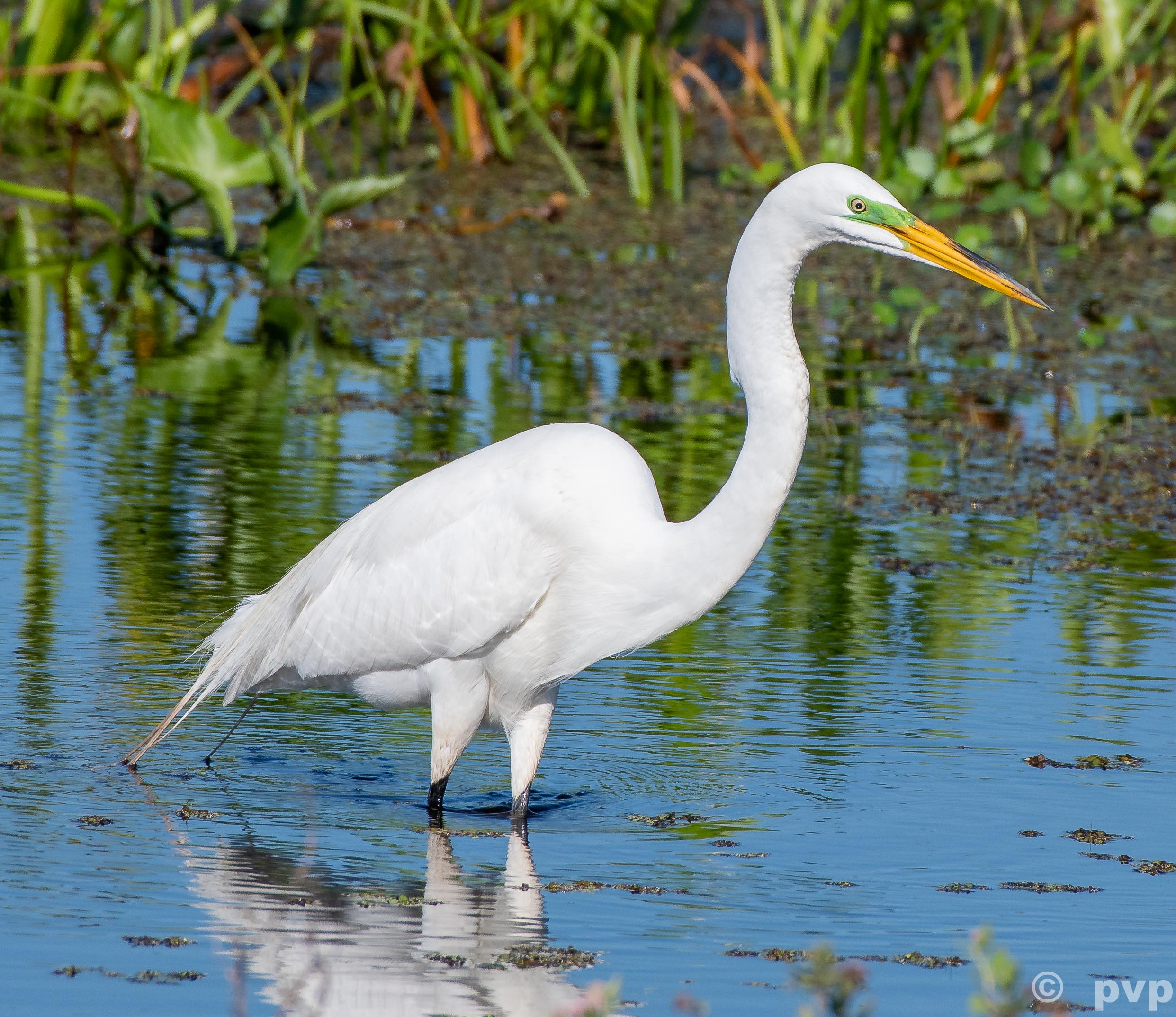 These images are from mid-April when the Great Egret is showing the peak of its breeding coloration. 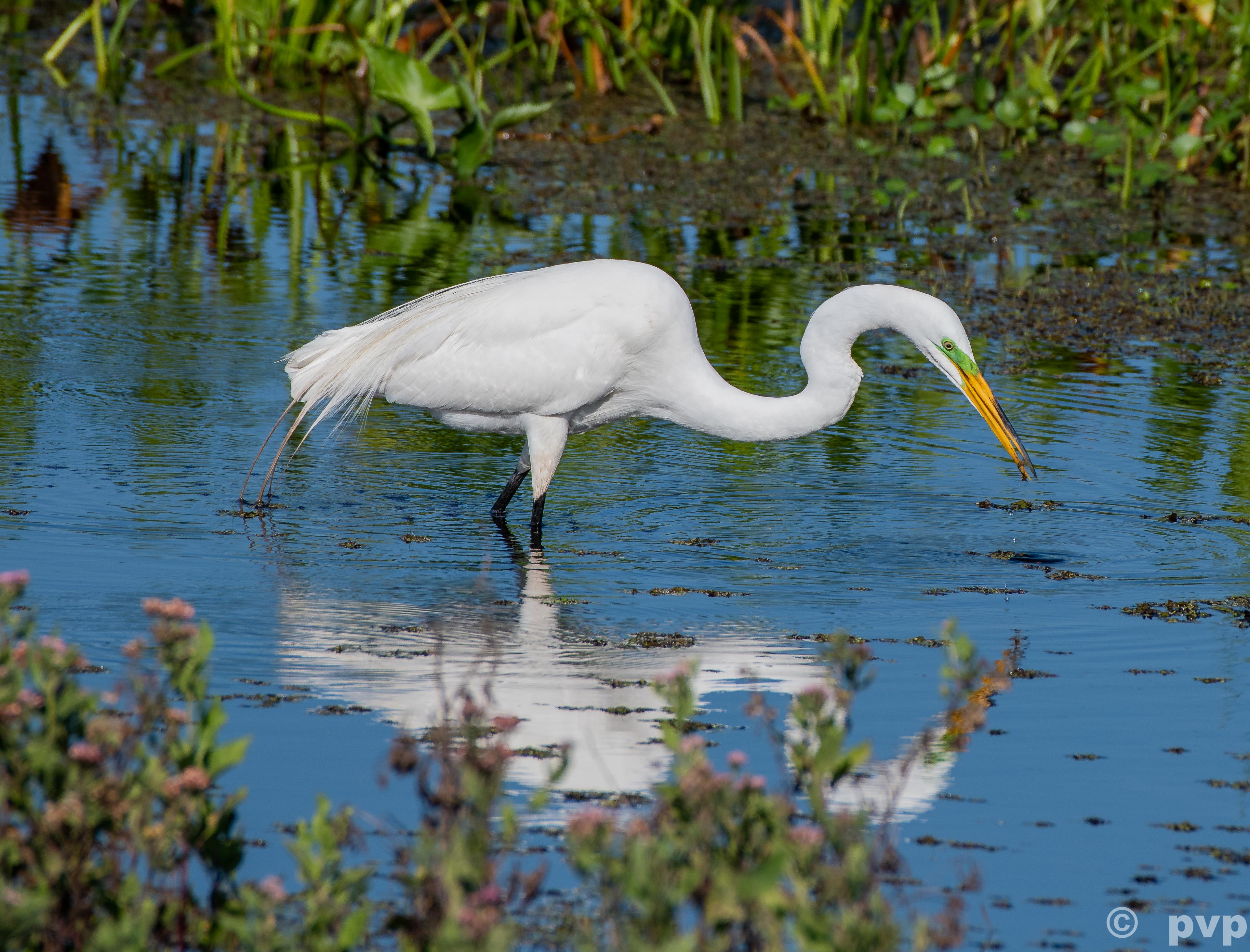 These guys stand immobile or wade through shallow wetlands stalking their prey which they dispatch with an exciting quickly uncoiled jab of its spike-like yellow bill. 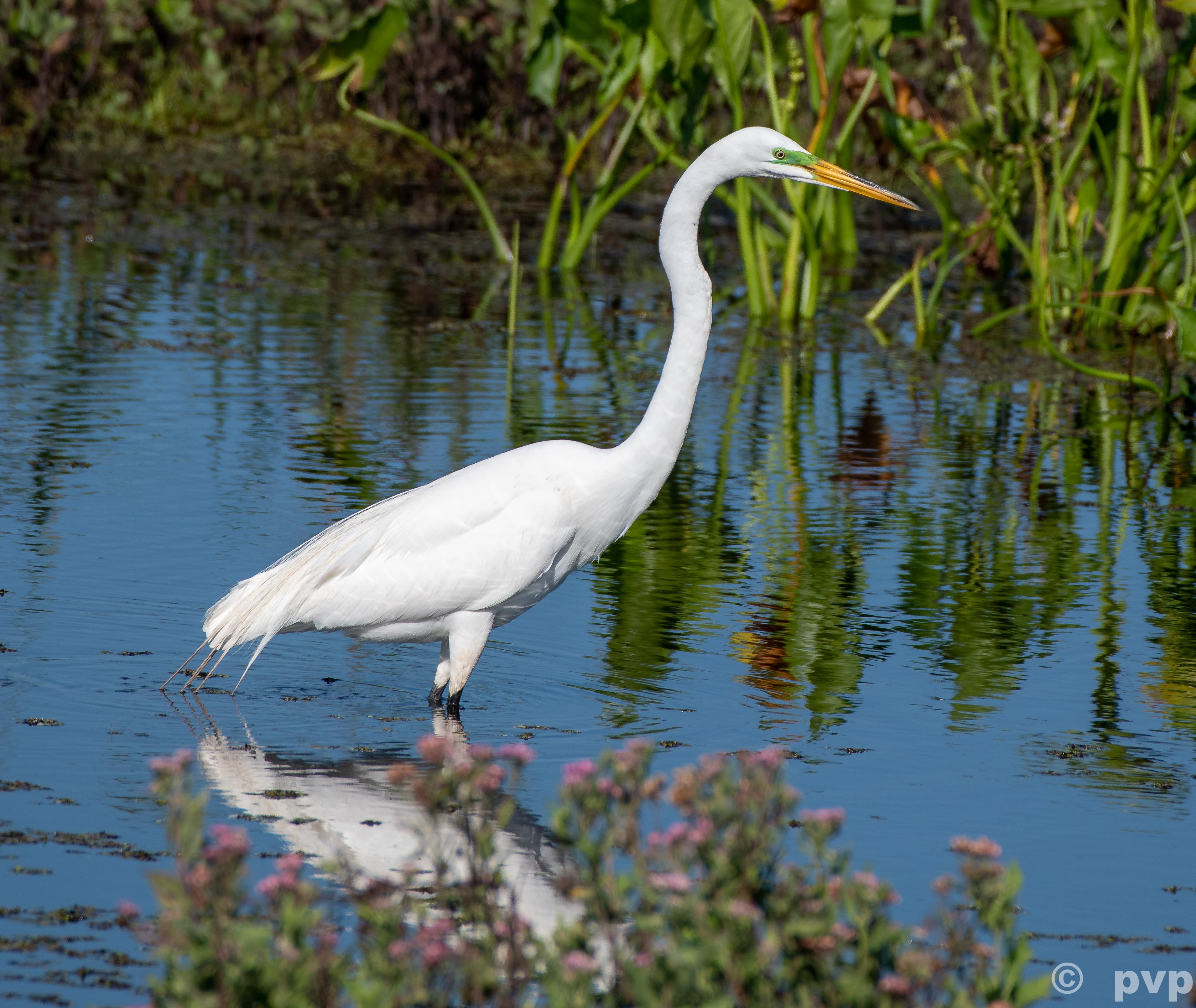 Also found in substantial numbers at Goodwin Broadmoor Marshes is the stately Great Blue Heron (Ardea herodias).  Somewhat larger than the Great Egret, it hunts in the same manner. 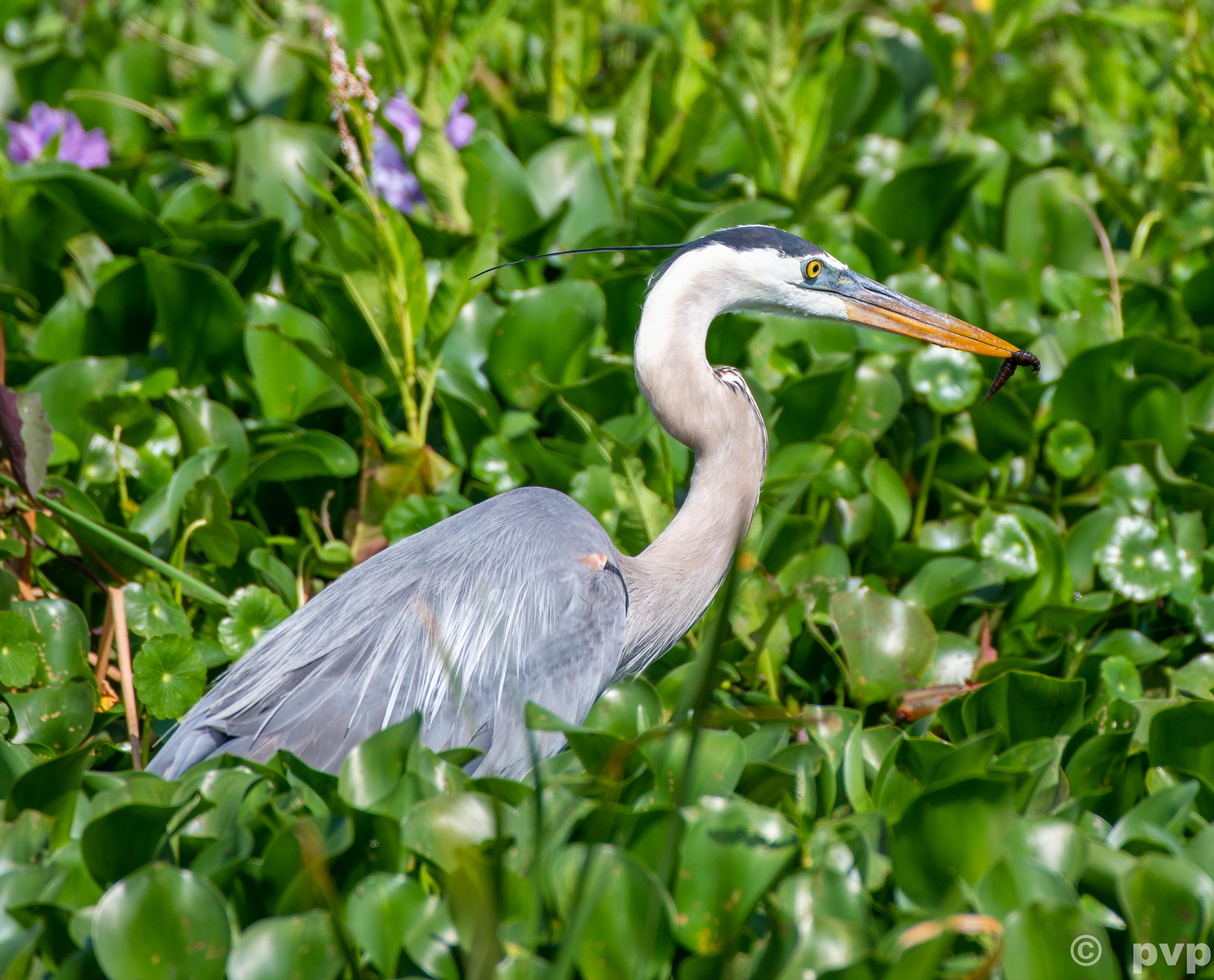 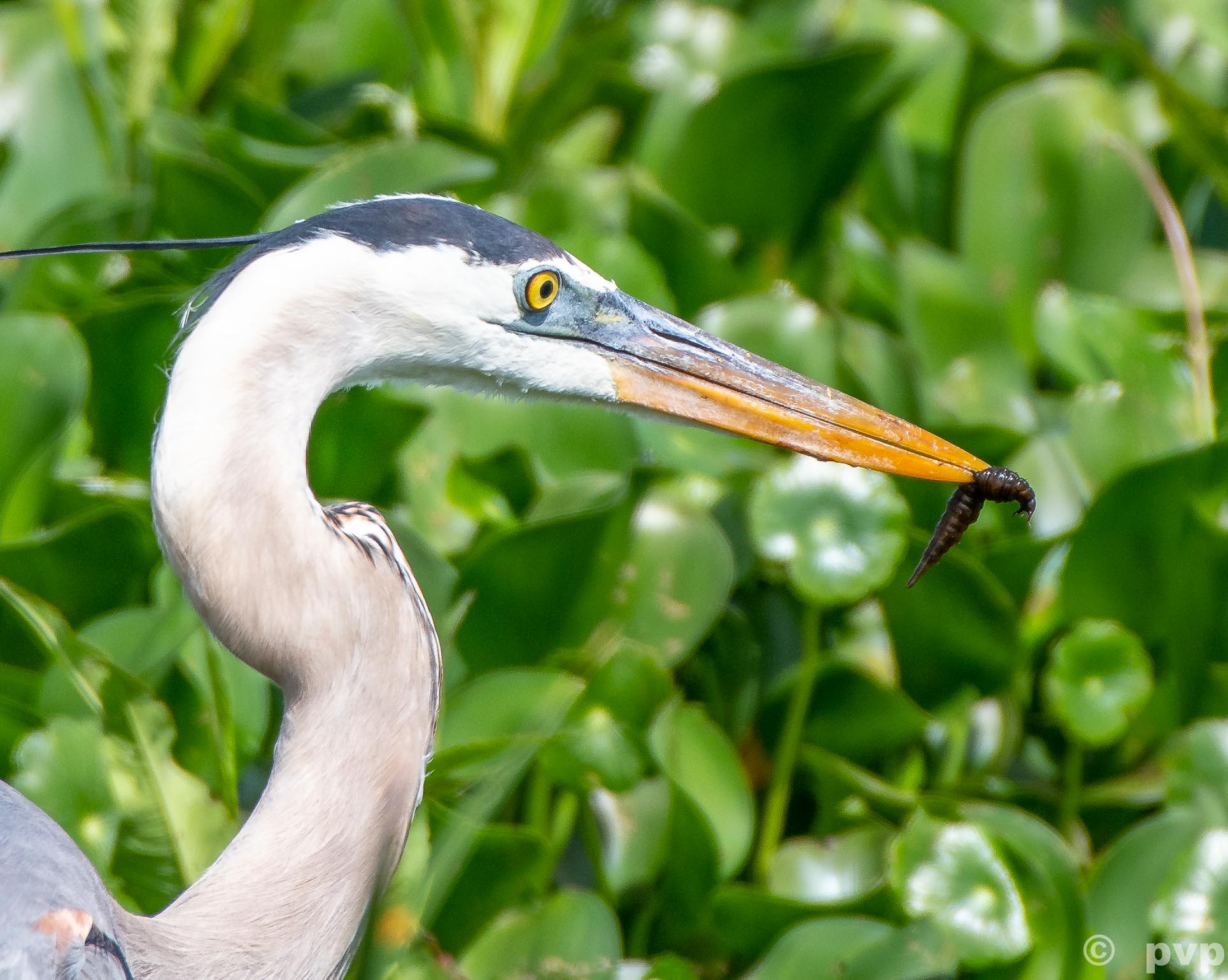