John Staddon and I have been having “words” in Quillette. It began with Staddon’s piece “Is Secular Humanism a Religion?“, a question he answered in the affirmative, even though secular humanism violated two of Staddon’s three defining traits of religion. I thus responded both here and then in a rebuttal in Quillette, “Secular Humanism is not a religion“.

Now Staddon has written a short reply to my critique, also in Quillette. See below; you can access it by clicking on the screenshot:. 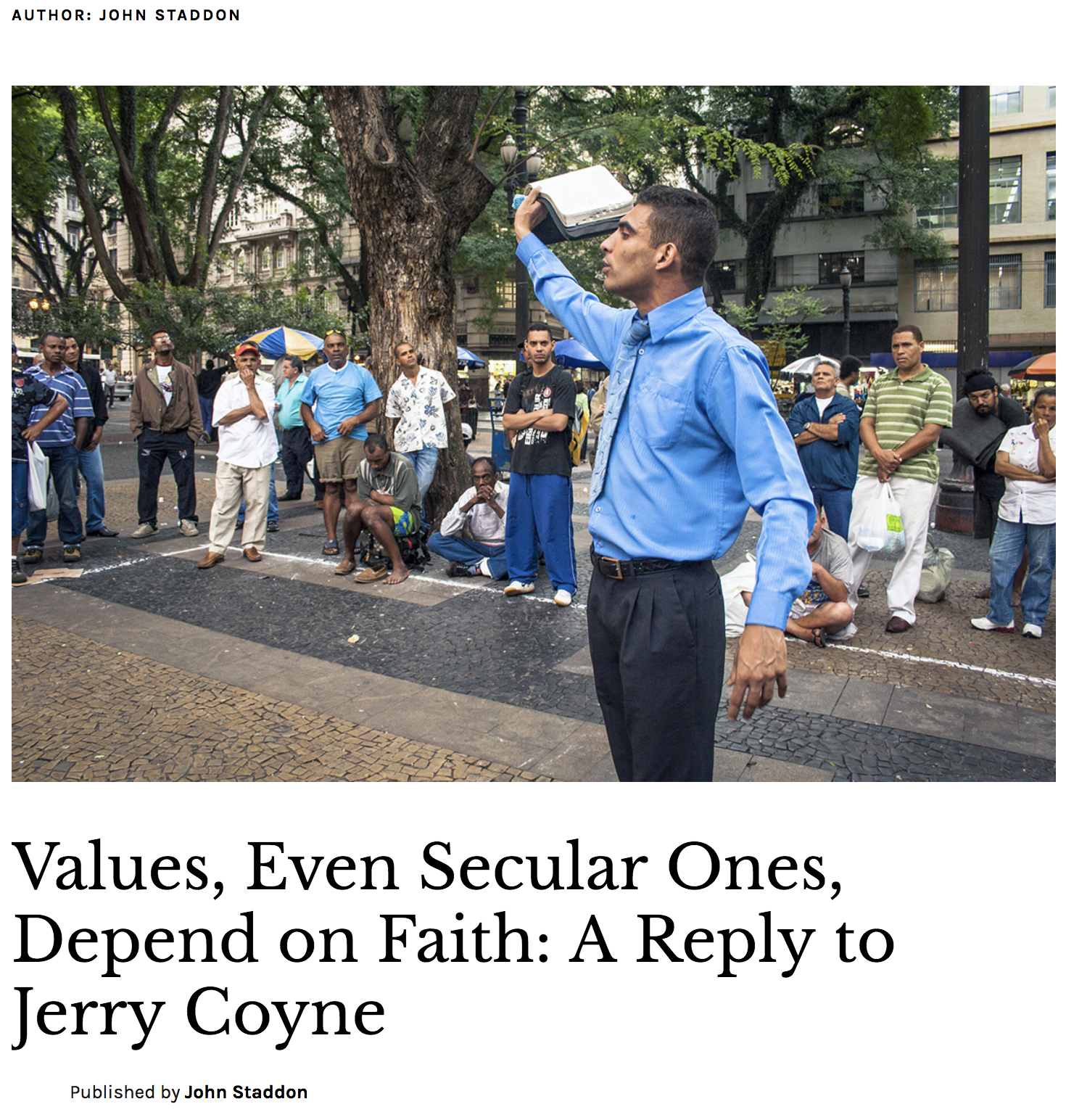 First, Staddon denies that he ever claimed that secular humanism is a religion. That’s just not true, as you can see not just from his original title (which, he claims, was “misleading” and was chosen by Quillette), but also from the very first sentence of his article: “It is now a rather old story: secular humanism is a religion.”  Apparently the man cannot read his own piece! Or perhaps he reads it like he reads his Bible, picking and choosing the parts that support his argument while ignoring the rest.

But leave that aside, for in his new piece Staddon wants to emphasize the main point of his first piece: that, like religious ethics, secular ethics are based on faith and cannot be “proved”:

. . . in no case are secular commandments derivable from reason. Like religious “oughts” they are also matters of faith. Secular morals are as unprovable as the morals of religion.

In fact, Staddon sees religious morals as superior to secular ones because they rest on religious stories, stories that he admits are myths. But at least religious morals rest on something. Secular ethics, so he claims, are based on nothing:

My argument is simple: religions have three characteristics: spiritual, mythical/historical, and moral. Secular humanism lacks the first two and is often quite critical of these aspects of religion. But they are largely irrelevant to politics. Hence the truth or falsity of religious myths is also irrelevant, as are Coyne’s disproofs of the existence of God. The fact that religious morals are derived from religious stories—myths in Mr. Coyne’s book—does not make them any more dismissible than Mr. Coyne’s morals, which are connected to nothing at all. In his own agnostic terms, all are matters of faith.

. . . In other words, in all the ways that matter for action, secularists and religious believers do not differ.

63 thoughts on “Once again, John Staddon maintains that religious morality is superior to secular morality”