The fire at Notre Dame is out, and much of the main building was spared, though it will take years, if ever, to bring it back to where it was before. I’m not sure about the status of its famous stained-glass windows, though one photo seems to show that a big one is gone, for, after all, the glass was held together with easily-melted lead. The cause of the disaster has not been determined, and may never be.

All in all, it’s not the disaster I feared; here’s what it looks like today:

President Macron has pledged that it will be rebuilt, and private donors have already given millions to that purpose, with the LVMH Group having donated 200 million Euros.

While I was watching the news last night, they had a special report from a correspondent who was talking about whether the artwork and relics had been saved. She was especially concerned that Jesus’s crown of thorns had been recovered, and I’d forgotten that that relic was even in the Cathedral. In fact, the Cathedral also contains not only a nail supposedly used to secure Jesus to the cross, but a piece of the True Cross itself. The chances that these are real are miniscule; I suspect that if there was a “True Cross”, the pieces of it preserved in various places would be much larger than any execution cross.

On this morning’s local news, an anchor was especially excited that the cross on the altar had been preserved, clearly implying that this was the work of God. She didn’t discuss why God allowed the Cathedral to burn but saved the cross.

At any rate, here’s how CNN reported on these relics:

The cathedral of Notre Dame in Paris is home to scores of priceless artifacts, artwork and relics collected over the centuries, each with their own story.

As a devastating fire tore through the revered Gothic cathedral on Monday, toppling its spire, many feared these treasures might be lost forever.

The Crown of Thorns, which some believe was placed on the head of Jesus and which the cathedral calls its “most precious and most venerated relic,” was rescued from the fire, according to Paris Mayor Anne Hidalgo.

“We managed to protect the most precious treasures in a safe place,” a Paris City Hall spokesperson told CNN.

However it has not been confirmed whether individual items such as a fragment of the True Cross and one of the Holy Nails were saved.

Granted, the Crown of Thorns is qualified by saying that “some believe it was placed on the head of Jesus”, but the fragment of the True Cross and one of the Holy Nails are presented as if they were real relics. And the reporter on NBC Nightly News certainly didn’t qualify these relics.

Even the New York Times didn’t hedge that much:

While one treasure, a relic of the crown of thorns said to have been worn by Jesus during his crucifixion, was saved, the status of other historic items is unclear.

Yes, the crown was “said to have been worn by Jesus”, but the fact of Jesus’s crucifixion (much less the identity of the Jesus person) is not established historically. The “other historic items”, like the nail that went through Jesus, aren’t “historic” in the sense that their provenance is established, but only in that they were historically seen by the credulous as being real.

Perhaps I’m being overly captious, but the chances are very high that these relics are dubious; it’s as if the press reported “It has not been confirmed whether the runner from Santa’s sleigh was saved.” Wikipedia lists over a dozen related relics, either individual thorns from the Crown of Thorns or fragments of the entire crown, preserved at various places.  Like the Shroud of Turin and many other relics of Jesus, these are fakes, products of a Jesus-relic industry in the Middle Ages.

Here’s the supposed Crown preserved in a gold reliquary at Notre Dame: 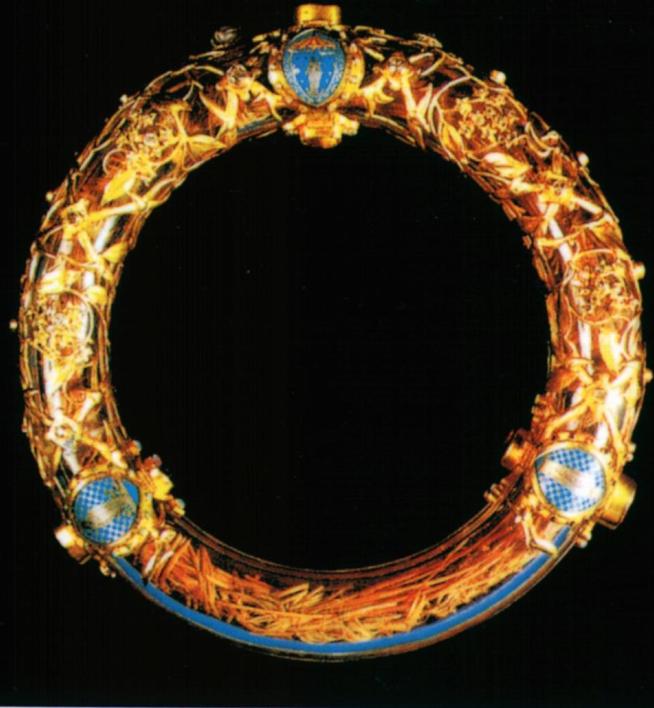 Another view (could there be Jesus’s DNA on it from bloodstains?):

As for the crucifixion nails, it’s true that nails have been found in tombs in Israel that were driven through bone, and were likely used in crucifixions, but none of these has been identified as a Jesus Nail (and how could it be given that his bones would have gone missing?), and there are at least three separate crucifixions involved.  Here’s a nail that was driven through the hand: 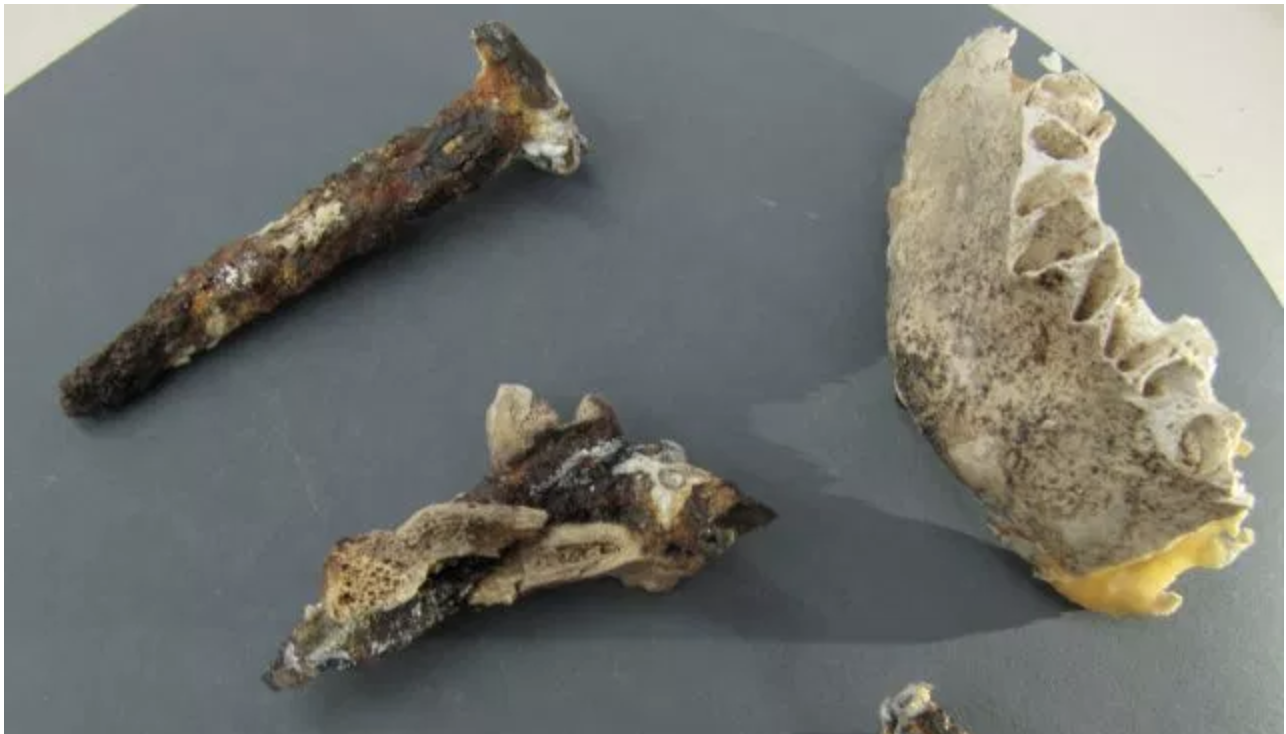 Re the piece of the True Cross, well, let’s start with some carbon dating on that.

Here’s a tweet from a global news agency failing to qualify the “Crown of Thorns” although it does hedge on St. Louis’s tunic. And of course the artefacts are replaceable; you just cobble together another crown out of dried twigs.

Two irreplaceable artifacts have been rescued — the Crown of Thorns, a relic of the passion of Christ and the tunic allegedly worn by Saint Louis pic.twitter.com/3fPA3SySAR

I’m not trying to be churlish here, but just reporting how religious myths subtly become reinforced by the press.  (Caveat: some places, including the Guardian, hedges all these relics with an indication that they’re “believed to be real”.) At any rate, the value and beauty of Notre Dame, which are undeniable, are to me completely independent of the truth of Christian mythology, which I see as false. The Rose Windows are infinitely more valuable to our culture than a nail of dubious origin. But such is faith.

165 thoughts on “Media, relieved that Notre Dame relics were saved, acts as if they were real”