Today’s set of beetle photos comes from a regular, Jacques Hausser, who lives in Switzerland. His notes are indented. A “cockchafer” is not a woolen undergarment, but a species of brown beetle found in Europe that used to be a pest on grass and crops, especially during its periodic outbreaks.

When I was a schoolboy in the fifties, every third year was a cockchafer year. We used to hunt the clumsy critters at the sunset by shaking the trees – and also more sportingly in flight, with badminton racquets. We were paid by the town: ten cents for a full bucket of the unfortunate insects, then given to the chickens. But, alas, plane-sprayed insecticides (now forbidden) soon suppressed this attractive source of income, and the cockchafers all but disappeared. I think that from the seventies onward, I haven’t seen any here around. Until last summer, that is, when my daughter bicycling back from work discovered she had a large one (about 30 mm) hooked on her pants. Here it is in full glory: a male Melolontha melolontha, family Scarabeidae, subfamily Melolonthinae. 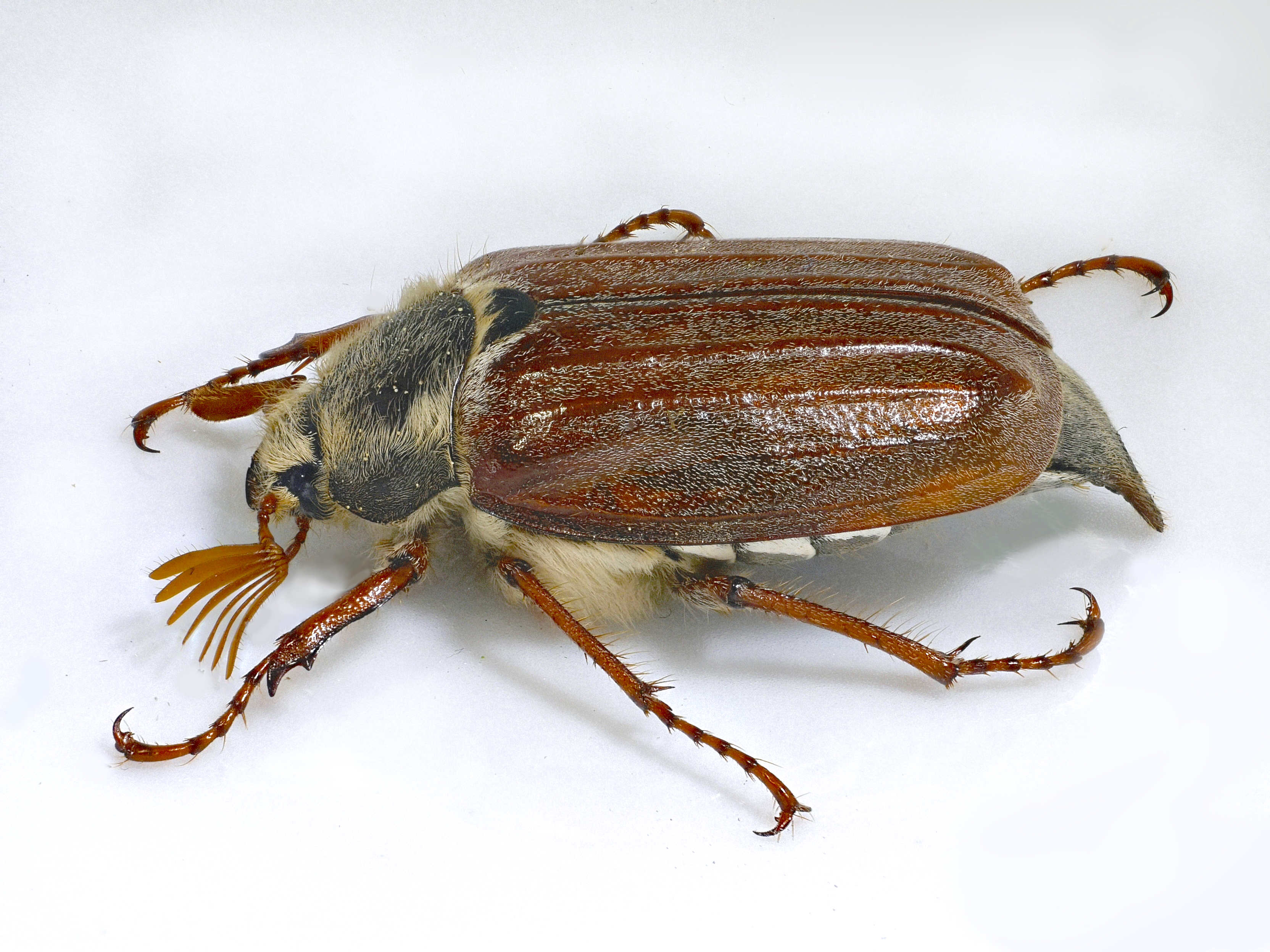 If the cockchafer is now very rare in western Switzerland, other species are still present. Like the cockchafer itself, all of them are a nightmare for lawn owners, their white grubs feeding on grass roots. Here is the slightly smaller (about 25 mm) June chafer, Amphimallon solsticiale, a female. They have a two-year cycle instead of three. 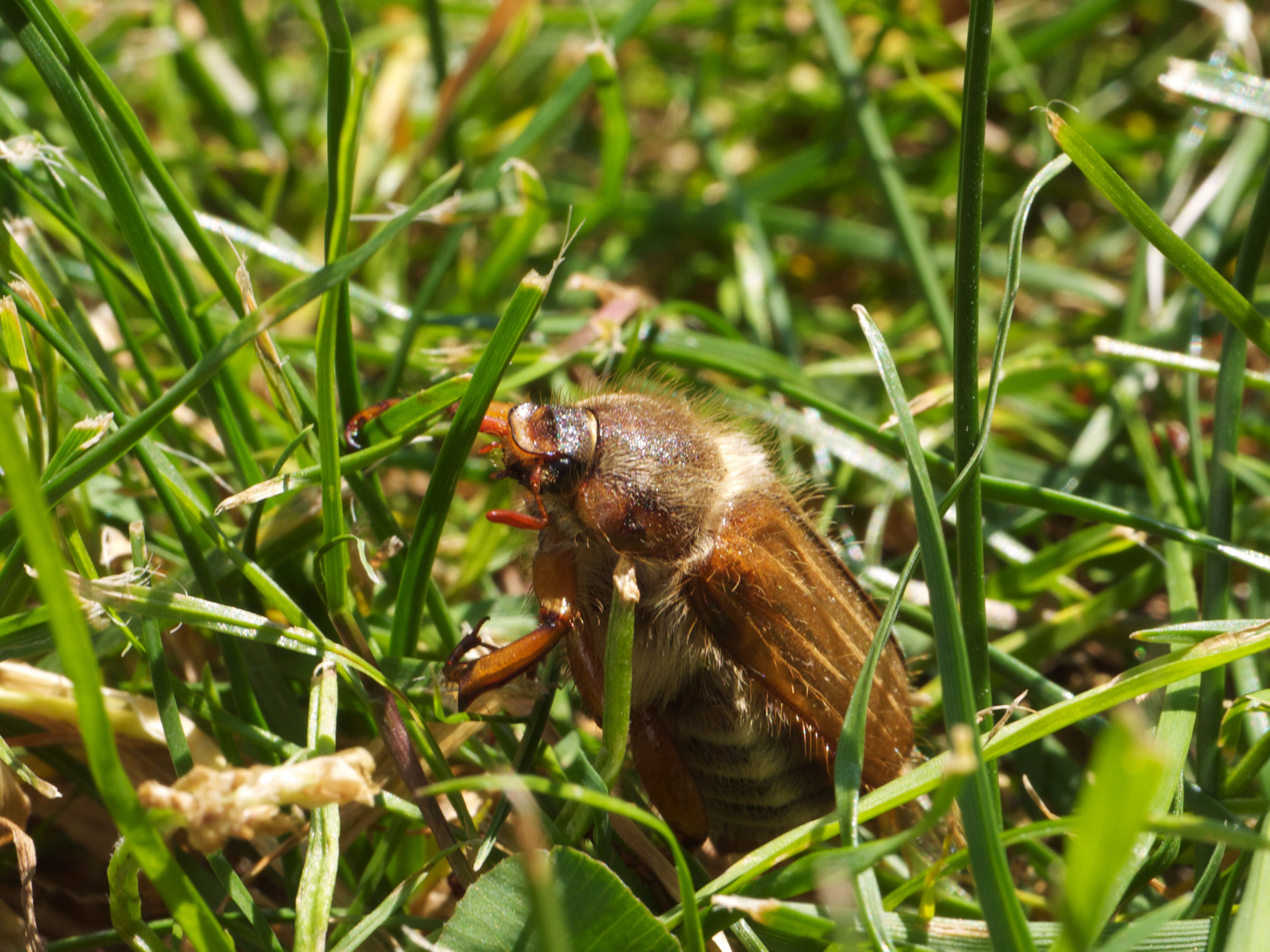 Amphimallon atrum, another species of the same genus. 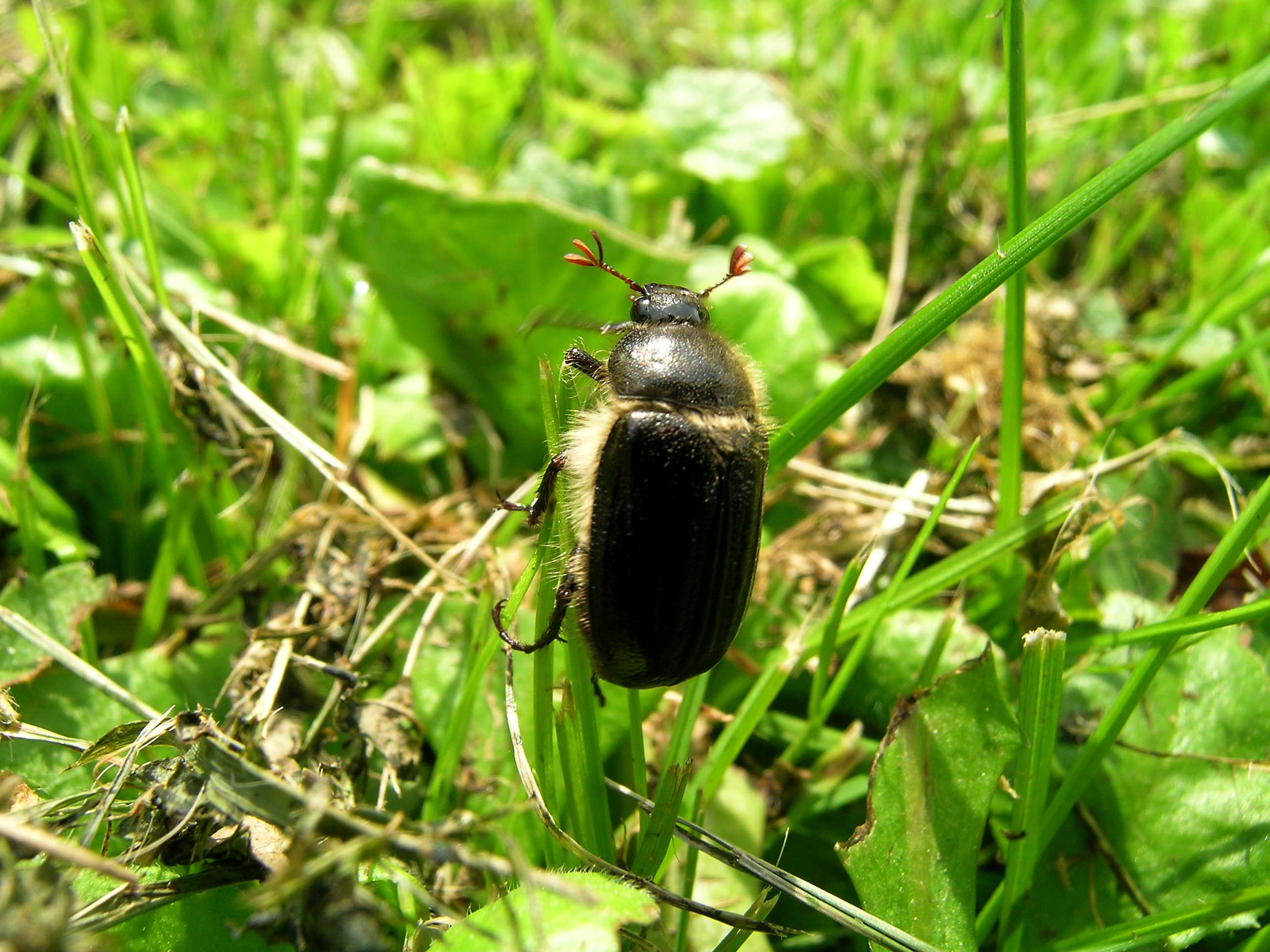 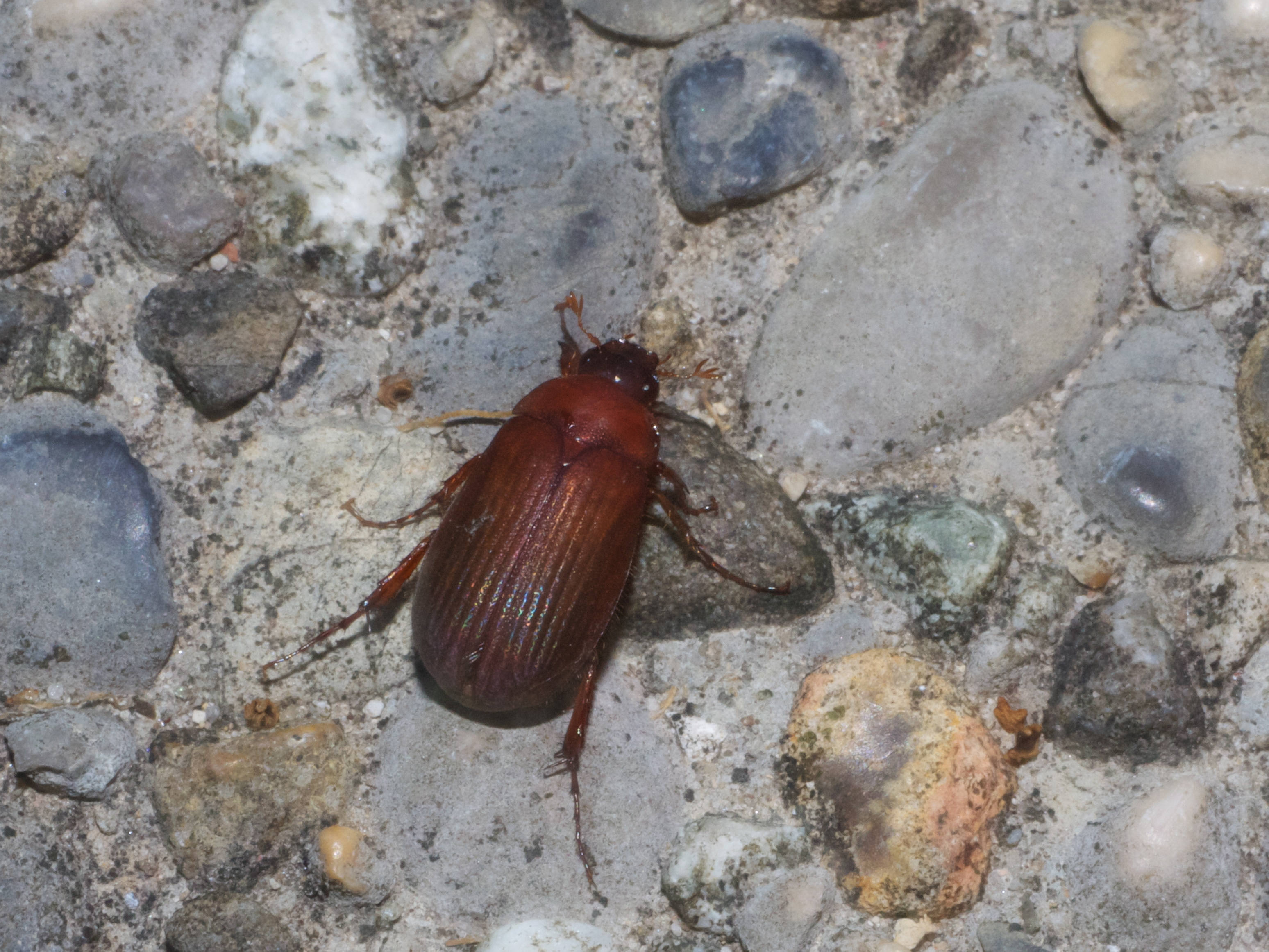 Phyllopertha horticola, the garden chafer, at work on a wild rose, eating pollen (or maybe only the filaments of the stamens: note the discarded anthers on the lower petal of the flower). Note also  that they can fold and hide their antennae when eating. Even if it looks quite like a chafer and has a similar biology (two or three year life cycle, white grubs eating the roots of your lawn) it is usually classified in another subfamily, the Rutelinae. 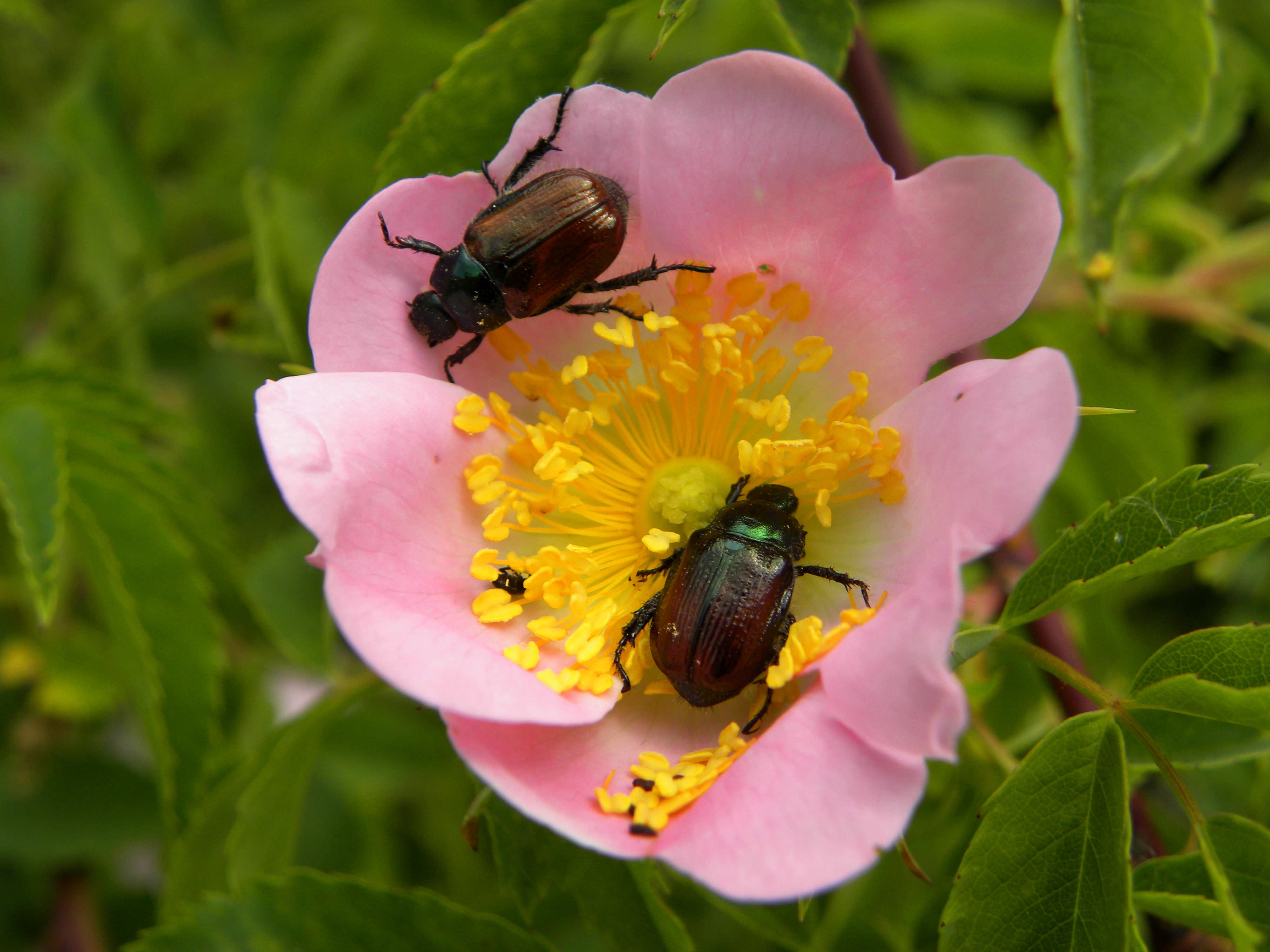 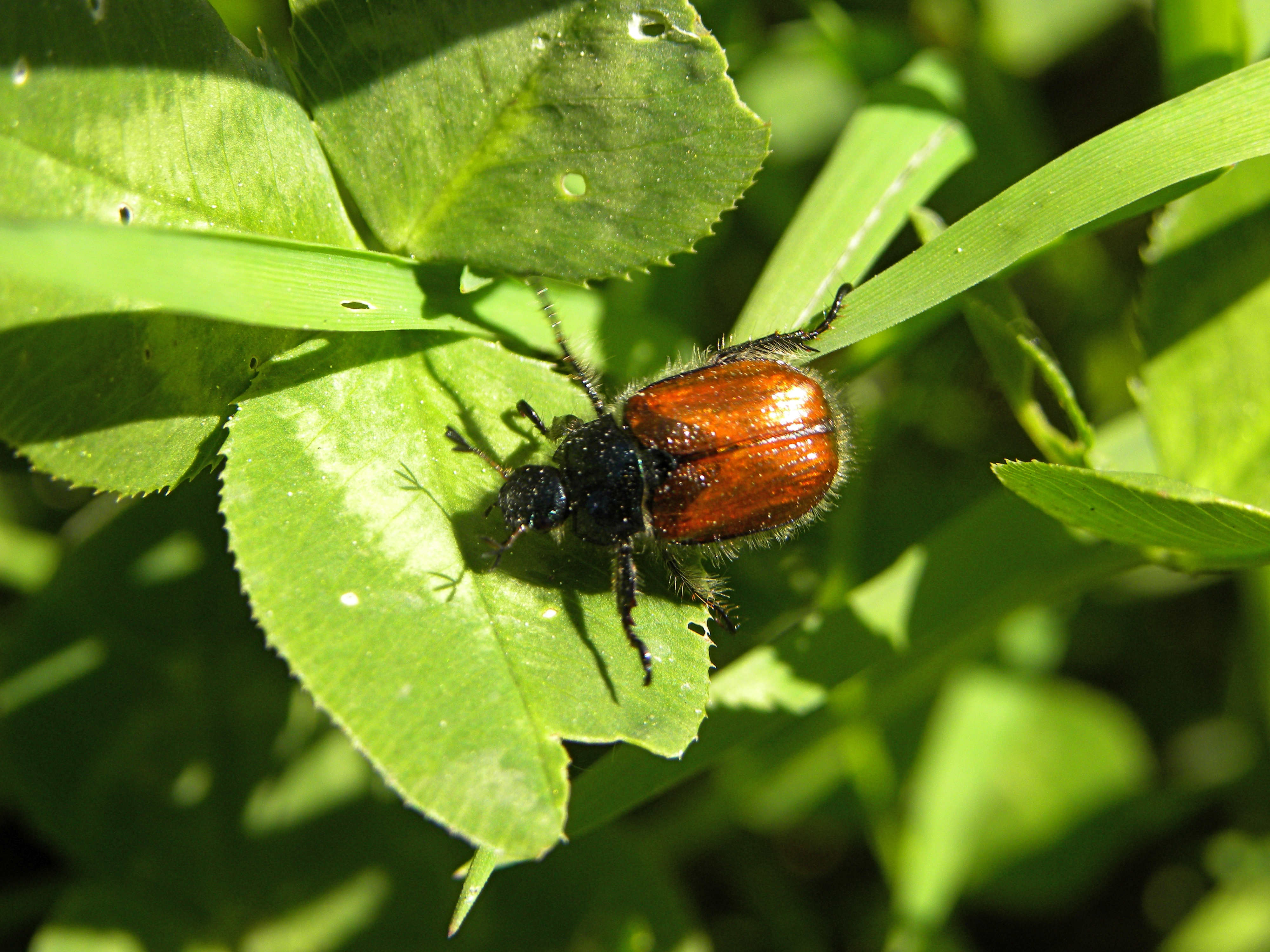 Closely related, but not exactly a chafer (it is called a “Monkey beetle”): although usually classified either in Melolonthinae or Rutelinae, depending on the specialist you consult, Hoplia argentea differs from the other species presented here by having only one claw on each leg and by its cover of scales producing interference colors (pale blue or yellow-green). This one is sharing a wild Angelica with two species of ants. The large one is probably Formica fusca and the small one Lasius fuliginosus, but I’m not sure… 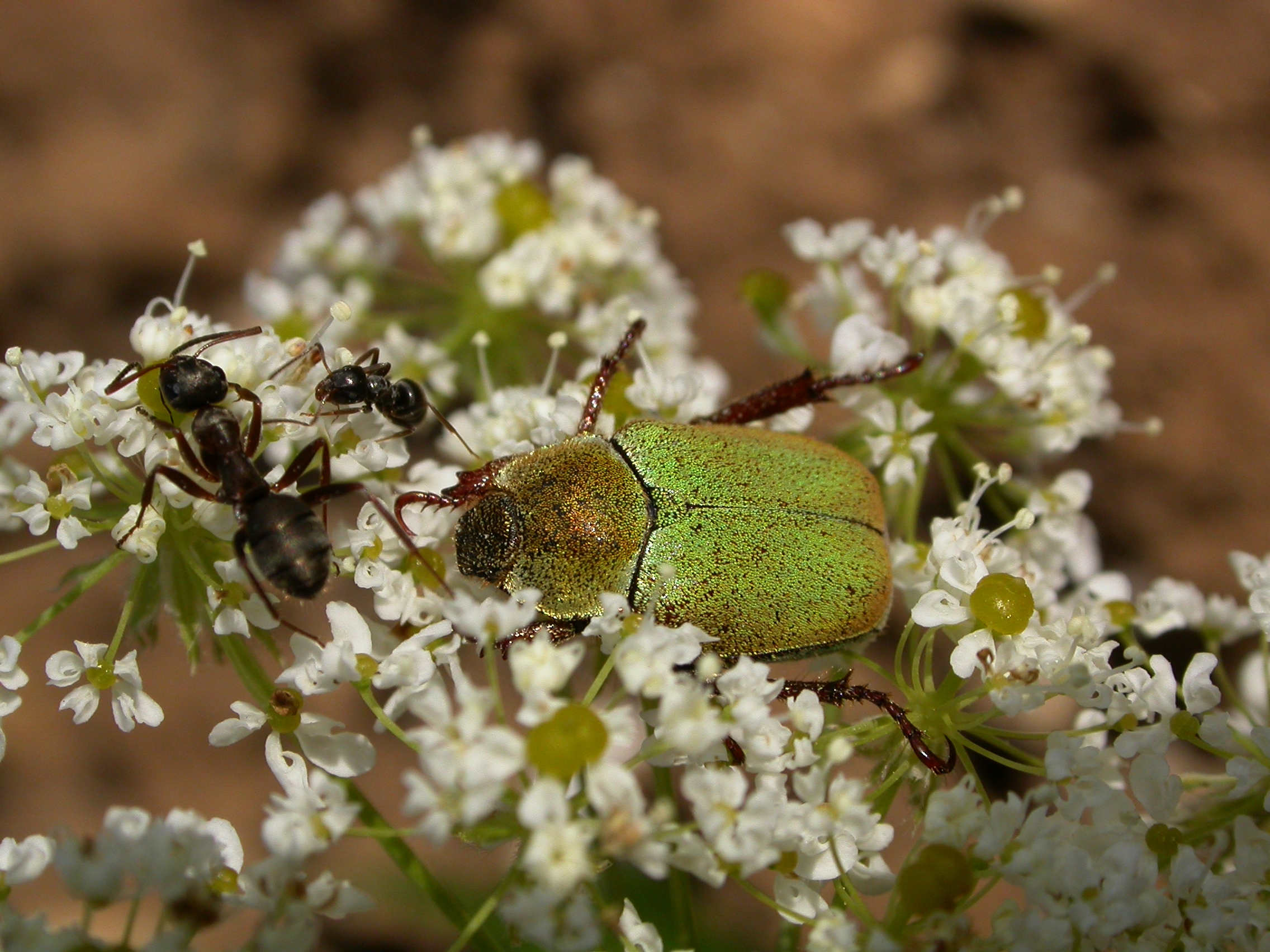