What do you do when an organization you admire gets money from an organization you detest? I’ve just found out that FIRE, the Foundation for Individual Rights in Education, a free-speech group whose work I admire, has gotten lots of dough from the John Templeton Foundation. To see the article on the FIRE website, click on at the screenshot: 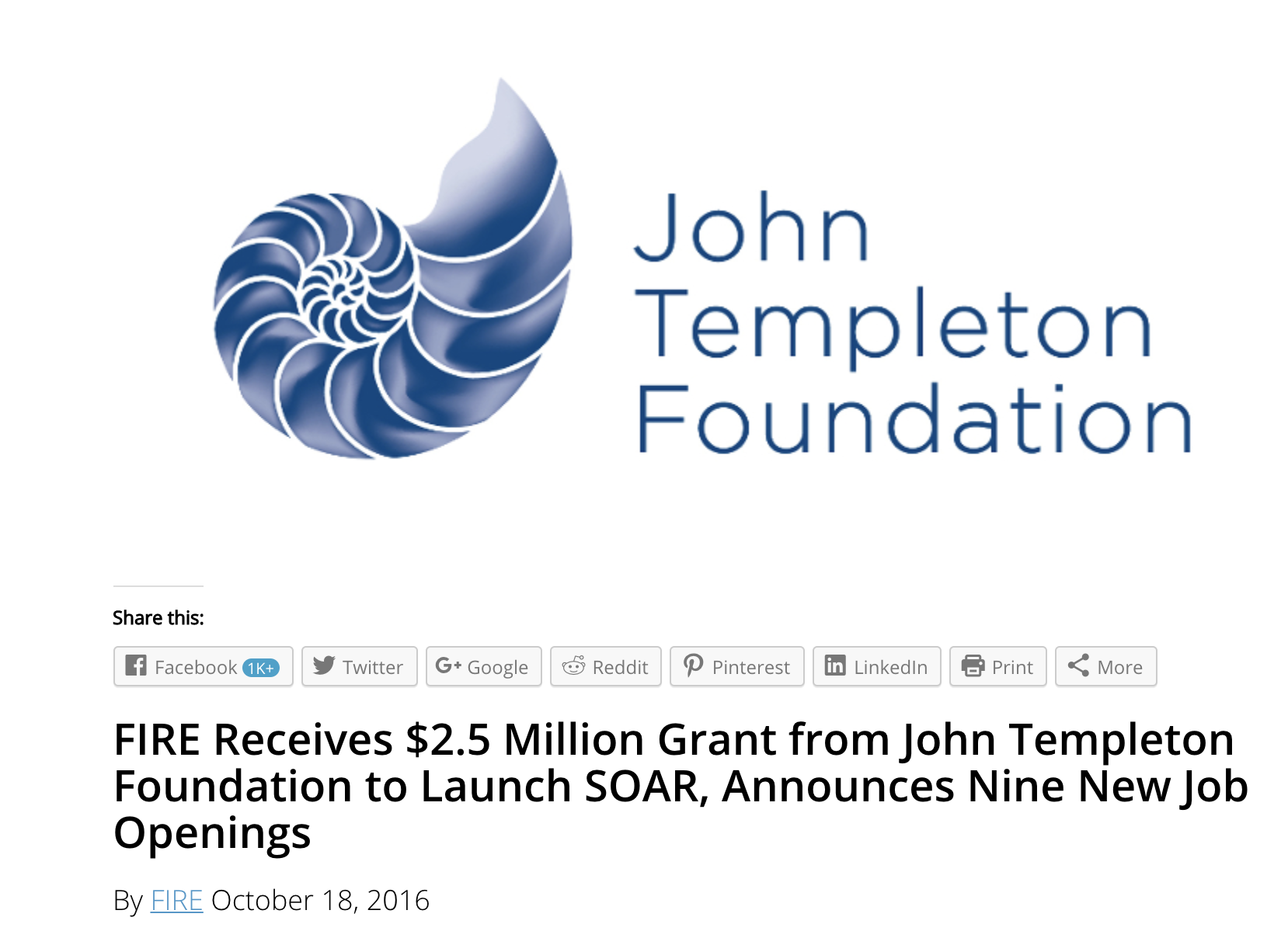 Gag me with a spoon! This is what FIRE writes:

“FIRE is grateful to the Templeton Foundation for its generous investment in the fight to defeat censorship and preserve academic freedom on campus,” said FIRE President and CEO Greg Lukianoff. “The grant will give FIRE tremendous resources to engage a wider audience and better understand the current attitudes and arguments about campus rights. FIRE has been eager to pursue a project like this since our founding in 1999. The Templeton Foundation has now made it a reality.”

Businessman and philanthropist Sir John Templeton gave his foundation the motto “how little we know, how eager to learn” to exemplify its support for open-minded inquiry and the hope for advancing human progress through breakthrough discoveries. The Templeton Foundation supports research on subjects ranging from complexity, evolution, and infinity to creativity, forgiveness, love, and free will. It encourages civil, informed dialogue among scientists, philosophers, and theologians, and between such experts and the public at large, for the purposes of definitional clarity and new insights.

As the Templeton Foundation noted when it gave this grant in 2016, the money is $2,547836, and the grant goes from January of 2017 to December of this year. As for me, well, I’ll still report on FIRE’s activities promoting free speech on campus, but I won’t be involved with them in any other way (not that they’ve ever asked me!).

60 thoughts on “FIRE is supported by Templeton”