I have a very old color television (yes, it has a tube) that finally gave up the ghost: the picture and channel-changing functions are fine, but now there is no sound (yes, I checked that the “mute” button is off). Here it is (the other stuff comprises a tuner and CD player for my nice speakers). There’s a round antenna and a digital converter box on top of the unit, as well as an effigy of Krazy Kat (Matthew Cobb, take note). 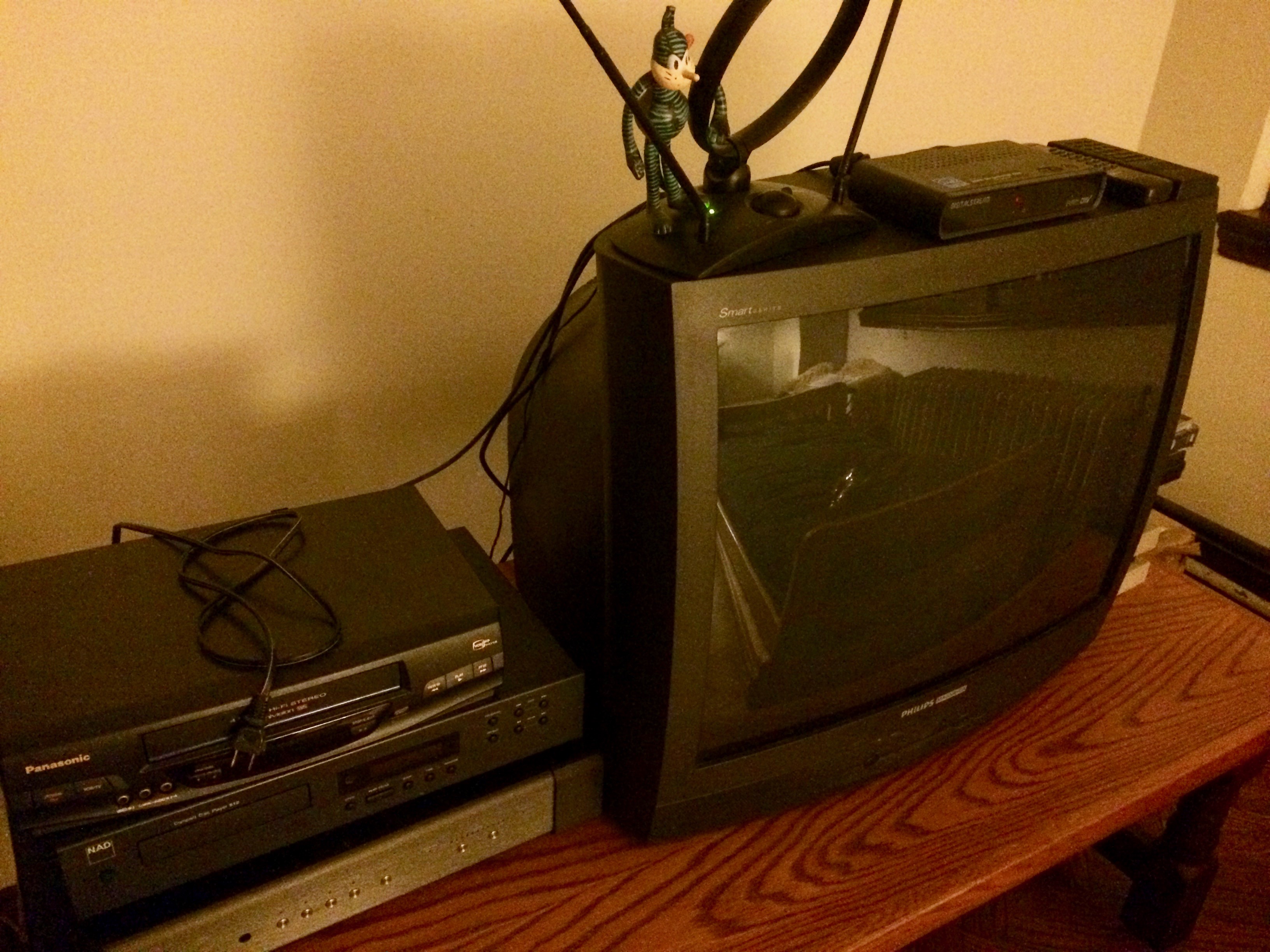 As I’ve said many times here, I hardly watch any television: the morning news as I’m getting dressed, the NBC evening news, and 60 Minutes (I watched the Olympics a bit, too). Rarely I’ll watch a PBS show. I never watch—or want to watch—much else, and I don’t want cable t.v. In other words, I just want to watch the “regular” channels available without cable: CBS, ABC, NBC, and the several public-broadcasting channels. I don’t want to pay for cable access that I’ll never use. (I’m not sure I could even get cable in my building, as it’s nearly 100 years old and I’m told that there should be a round “cable port” in the living room, which I can’t find.)

But I do depend on “regular” channels for the news, and now miss that. So, here are my questions:

1.) What sort of television should I get? Everybody seems to have flat-screen t.v.s these days, and they provide a good picture and take up less space. But I don’t want to spend a lot of money, though I’d like a decent sized screen but not a GIANT one. I don’t want to put the t.v. on a wall. I don’t need fancy electronics and I despise thick “how to” manuals with complicated setups. I don’t want to spend more than about $500, which puts me in the “secondary television” market, i.e., the ones that regular people put in their bedroom (I don’t want one in there). I think one the size of my office computer (about 30-inch diagonal) would suffice, and don’t want anything larger than 40 inches.

2.) How do you get regular t.v. without cable? A friend tells me that all I need is a digital antenna, which doesn’t cost much, and with that connected to the t.v. I can pick up the non-cable channels.

Any help or advice appreciated. I know I’ll surely get a diversity of opinions, but I can ponder them all. And remember: I don’t want to pay for television access!

99 thoughts on “Asking for television help”