On August 7 I reported that the Trump administration had loosened restrictions on products containing asbestos, which is totally banned in 60 countries because the material is a deadly carcinogen. According to the new rules, asbestos-containing products can be created or imported into the U.S. on a case by case basis.

Now, according to a report by the Environmental Working Group, which seems to be a bit kooky (they’re in favor big time of GMO labeling, for instance), asbestos imports are starting to rise dramatically: 2,000 percent (20 fold) between July and August (click on screenshot below). Most of them, as the graph further below shows, come from Brazil. 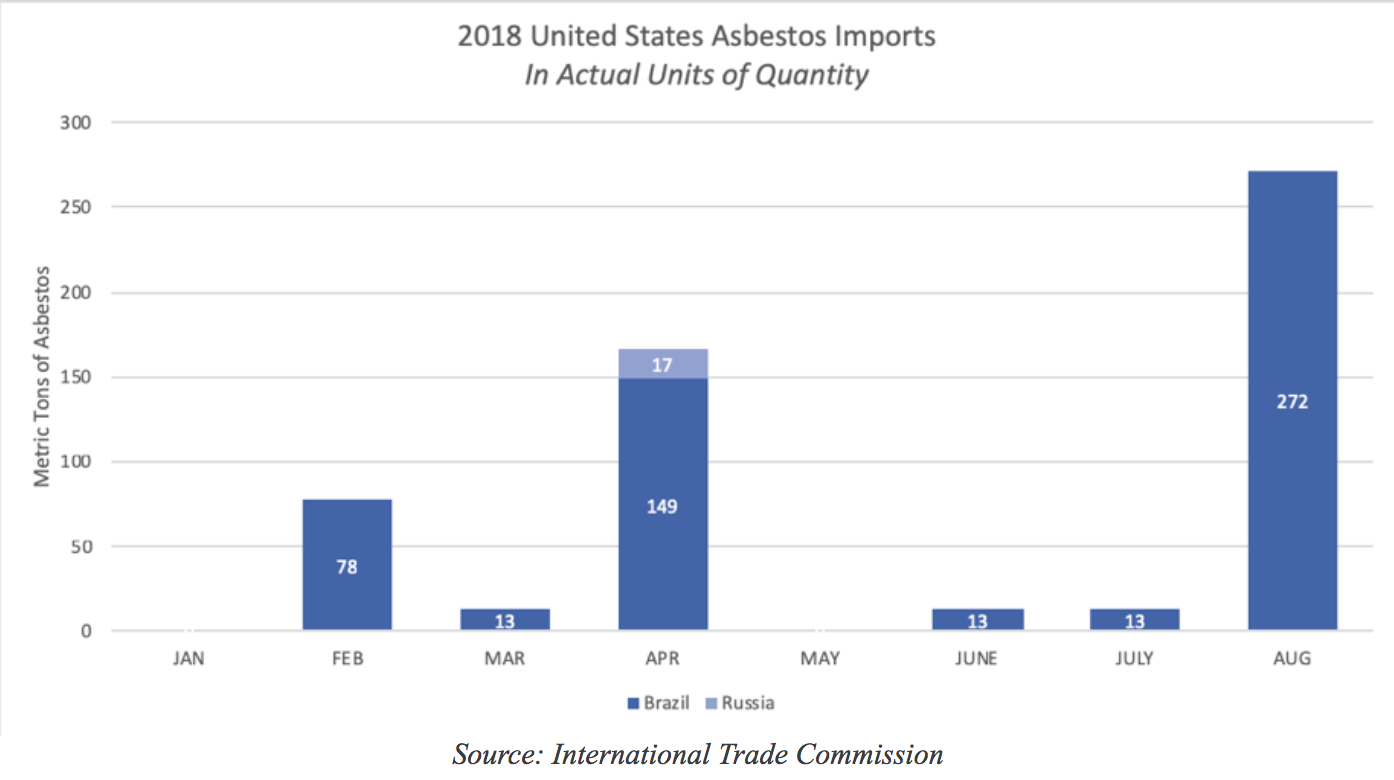 We don’t need to use asbestos, as there are safe substitutes. There were about 3,000 deaths per year due to asbestos in the 15 years before 2015, most from mesothelioma, a deadly form of cancer that can show up decades after a small amount of the product is inhaled. And it’s a horrible way to die: I’ve seen it at work. The EPA should ban it, but lobbyists from the chemical industry are pushing to keep a ban from being enacted.