Duck update: Honey was gone this morning, though she was here with James all day yesterday. At 7:30 a.m., James was again swimming disconsolately around the pond, and even attempting to quack, though not much of a noise came out. (Previously he’d just uttered low quack-y noises, but now he opened his bill wide and tried a real quack, with pretty dire results.) I’m convinced he was mourning Honey’s absence.

Then, at 10:30, Honey was back! Lord knows where she went; this is a real emotional roller coaster, but surely presages the Big Migration. At any rate, here’s James sitting on the “bathtub” this morning waiting for his mate. He’s standing on one leg and stretching a wing. I like this picture a lot. James is a good mate and I don’t think Honey can do better: 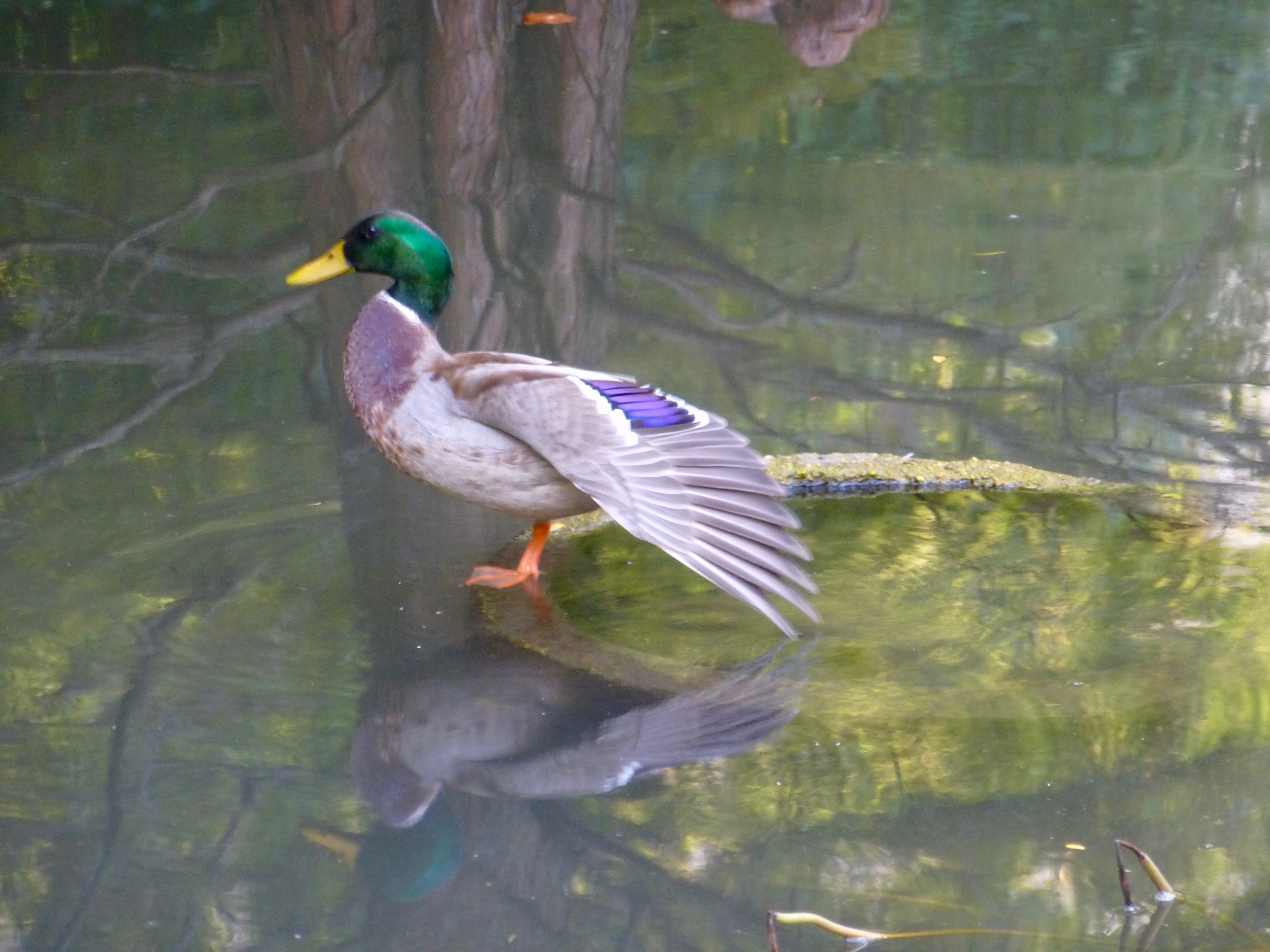 Let’s end the week with some humorous wildlife photos, in particular the finalists from the 2008 Comedy Wildlife Photography Awards. You can see all the photos here, but I’ll put up my favorite six. Coincidentally, three of them involve bears. 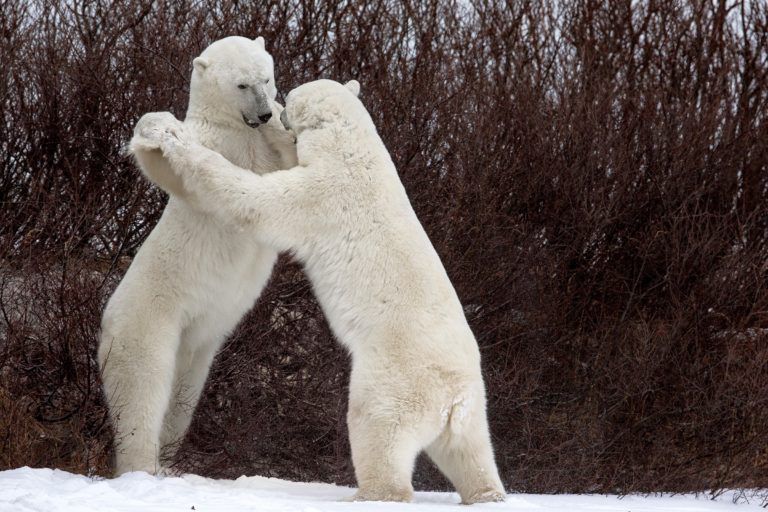