Well cut off my legs and call me Shorty! (Is that ableist?)  A creationist comment came in on the video I posted showing lions drinking from a South African waterhole. I mentioned this in passing: “Look at the spots on the babies and young adults: the remnants of an ancestral pattern that disappears in adults.”

“This beautiful video of lions drinking in the wild was posted at The Laughing Squid, which includes some background: Wildlife …”

I counter your argument concerning evolution.

If you go to the post at issue, you will read this mind-dump about the judgment of God and how evolution ruins religion because accepting it leads one to “abscond from judgement” and also provides no basis for morality. But then comes the dumbest criticism of evolution I’ve ever seen—in the last sentence—followed by a nonsensical poll. Here’s the entire post, and I’ve put the bits about evolution in bold:

When it comes to creation versus evolution, the split is very simple. If you believe in creation then you realize that you will be judged. If you believe in evolution, then you attempt to abscond from judgement. Day in and day out, temptation and sin are all around us. I have sometimes wished that when it was my time to pass, that I would simply go into the ground. I am afraid of the sin that I have done and the sin that I will do. From lust and lying to greed and sloth, I have plenty to answer for once my judgement comes. If the theory of evolution is true, then why would we need to be good to one another? If evolution is true, then we are as low as the beasts of the earth.

We strive to be clean, we strive to be good, why? Because we know that in our hearts, we will eventually answer for what we have done. The idea of evolution provides a sense of escape from judgement. Evolution is just another feel good idea. If evolution were correct, then why are there still animals on earth?

I am countered! LOL!

Now I’m not sure what the author means by asking the last question, for evolution in no way predicts that all animals will disappear from the Earth. I think the author was trying to ask the old creationist chestnut, “If humans evolved from monkeys, why are there still monkeys?”; but the person simply got it badly wrong.

On top of all that, there’s a poll at the end of the post: 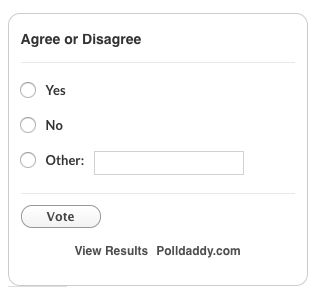 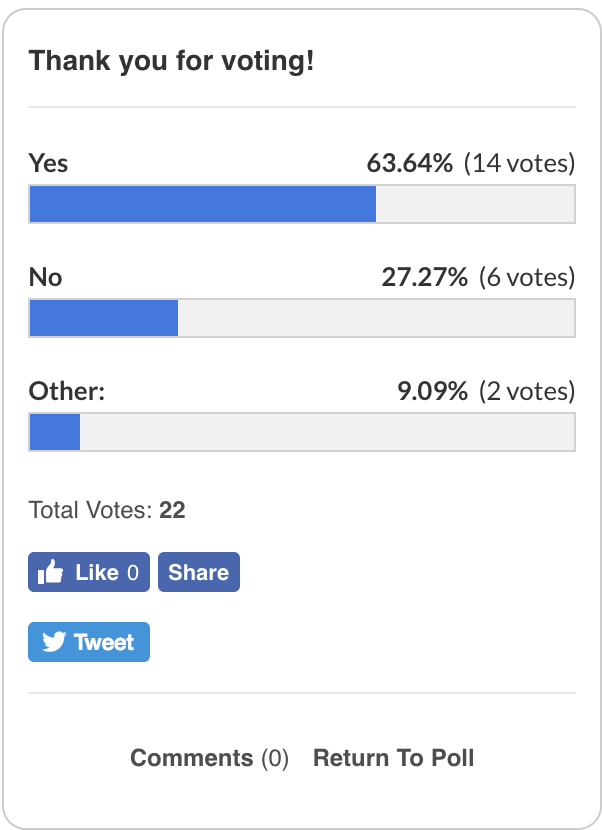 The author appears to be religious from the blog content, and there are 20 comments on the “evolution is a false escape” post, most of them involving the author and a commenter. I can’t be arsed to go through that crazy site, but ten to one the author voted for Trump.