The pictures in the duck reports usually come from the previous day, and here are Monday’s duck snaps. I have found that sexing these little buggers is no easy task. The best way is to pick them up and inspect (and squeeze) the genitals, or somehow force them to make a noise. Female ducklings will quack; males will squeak. (You did know that only female mallards quack, right?) But I’m not picking up these precious little bundles of feathers: I don’t want to spook them.

Look at how big they are! Their appetites are huge, and have to feed them twice as much as I did just ten days ago. Most of their down is gone, with only a little behind their wings, and those wings are growing. It’s satisfying to think that those little stubs of wings will get so big and feathery that in a few weeks they can carry the birds hundreds of miles through the sky. 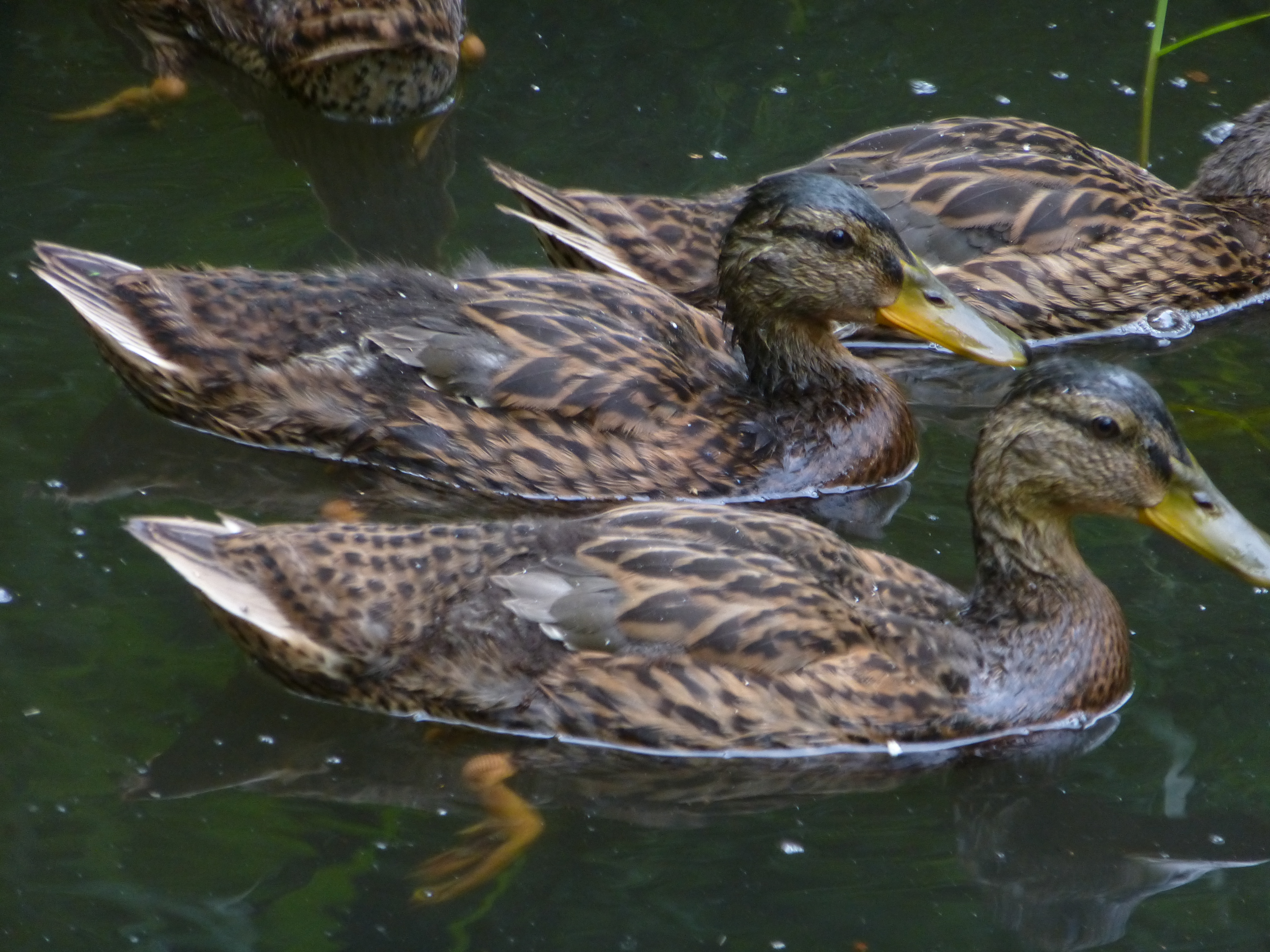 Dabbling time! Mom watches with a weather eye as her offspring learn to feed themselves. 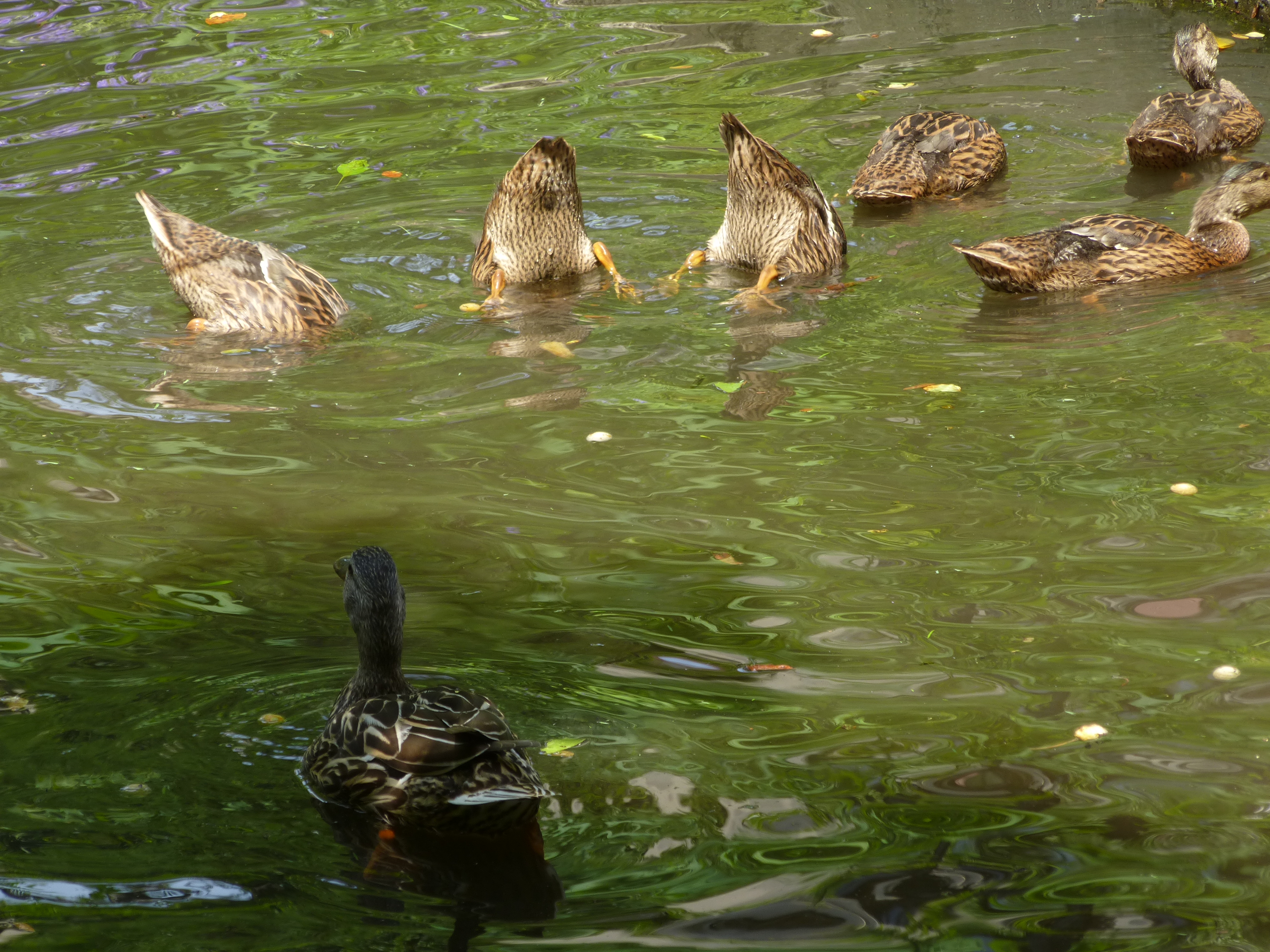 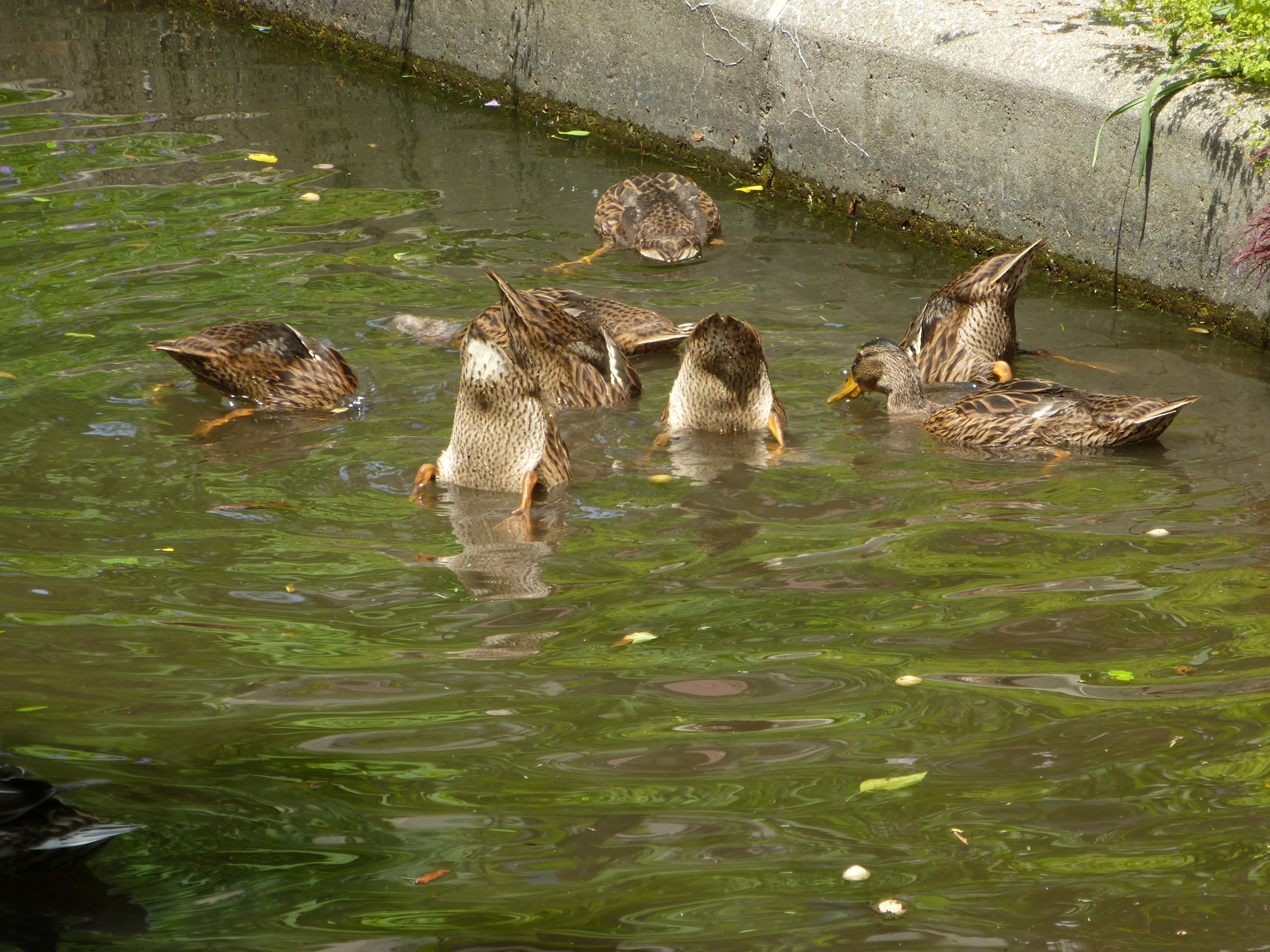 Satisfied, Honey gives them an “A” and moves on: 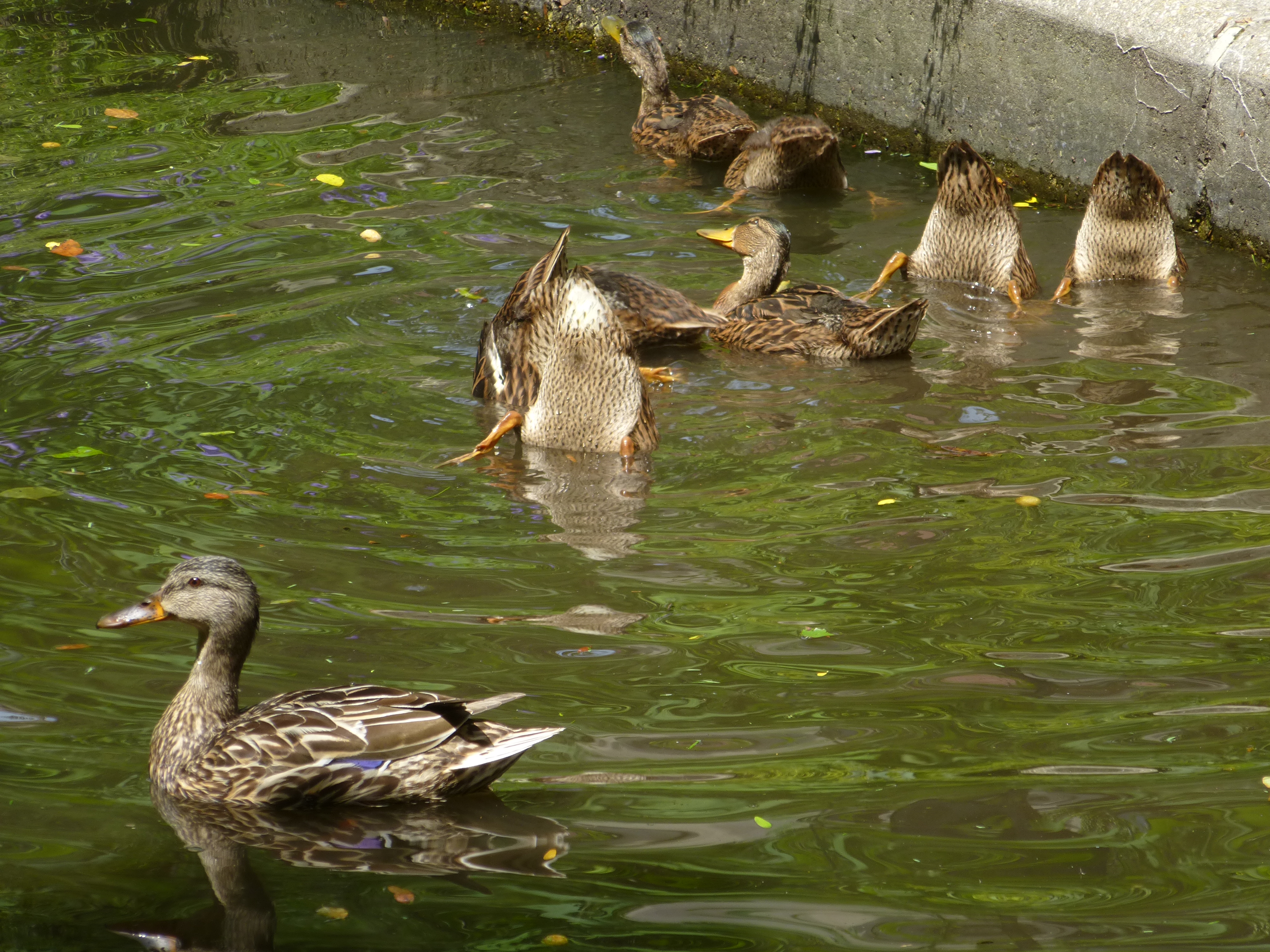 I have bonded with this duck; who would have thought that I’d feel love for a waterfowl? 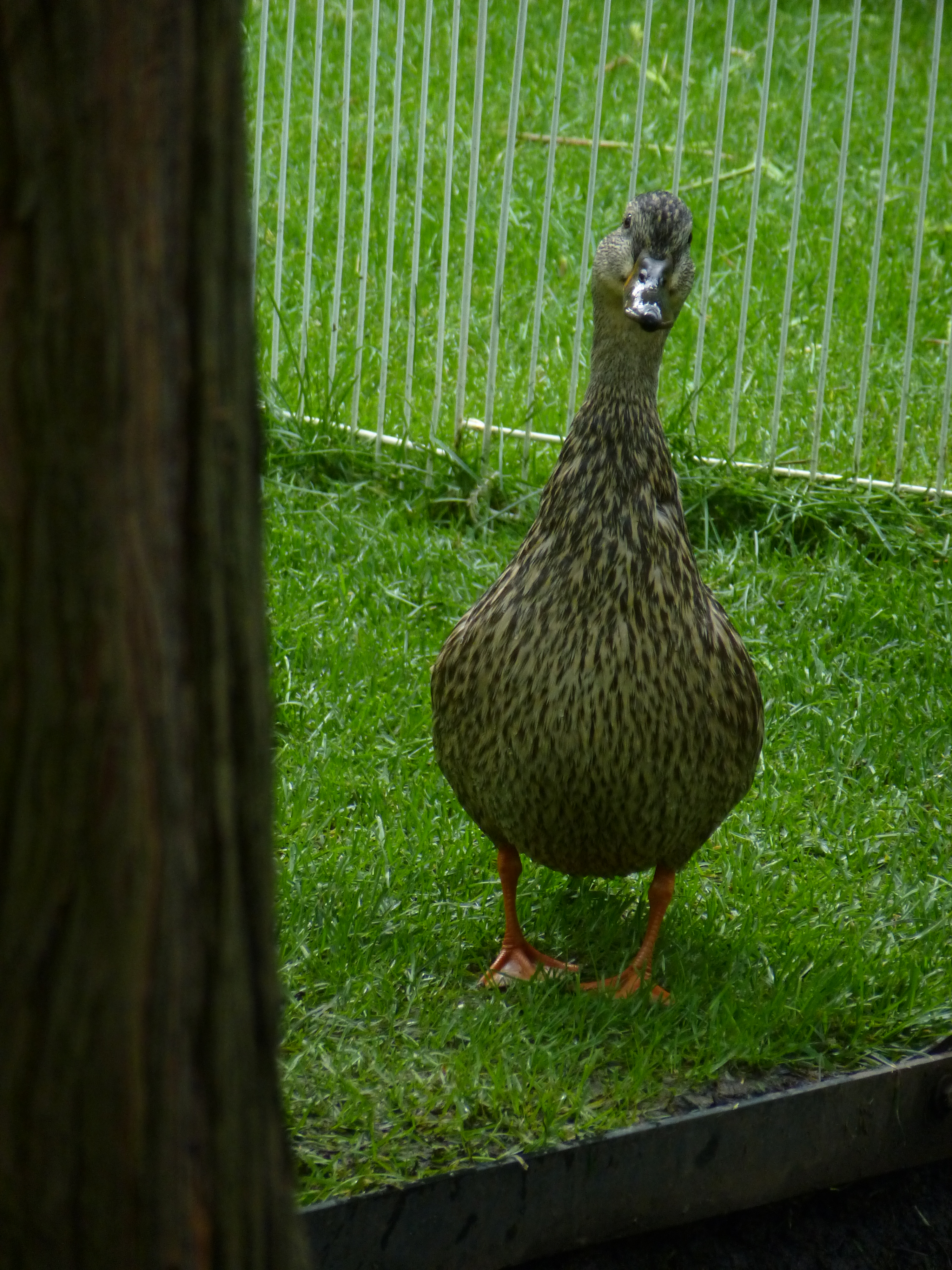 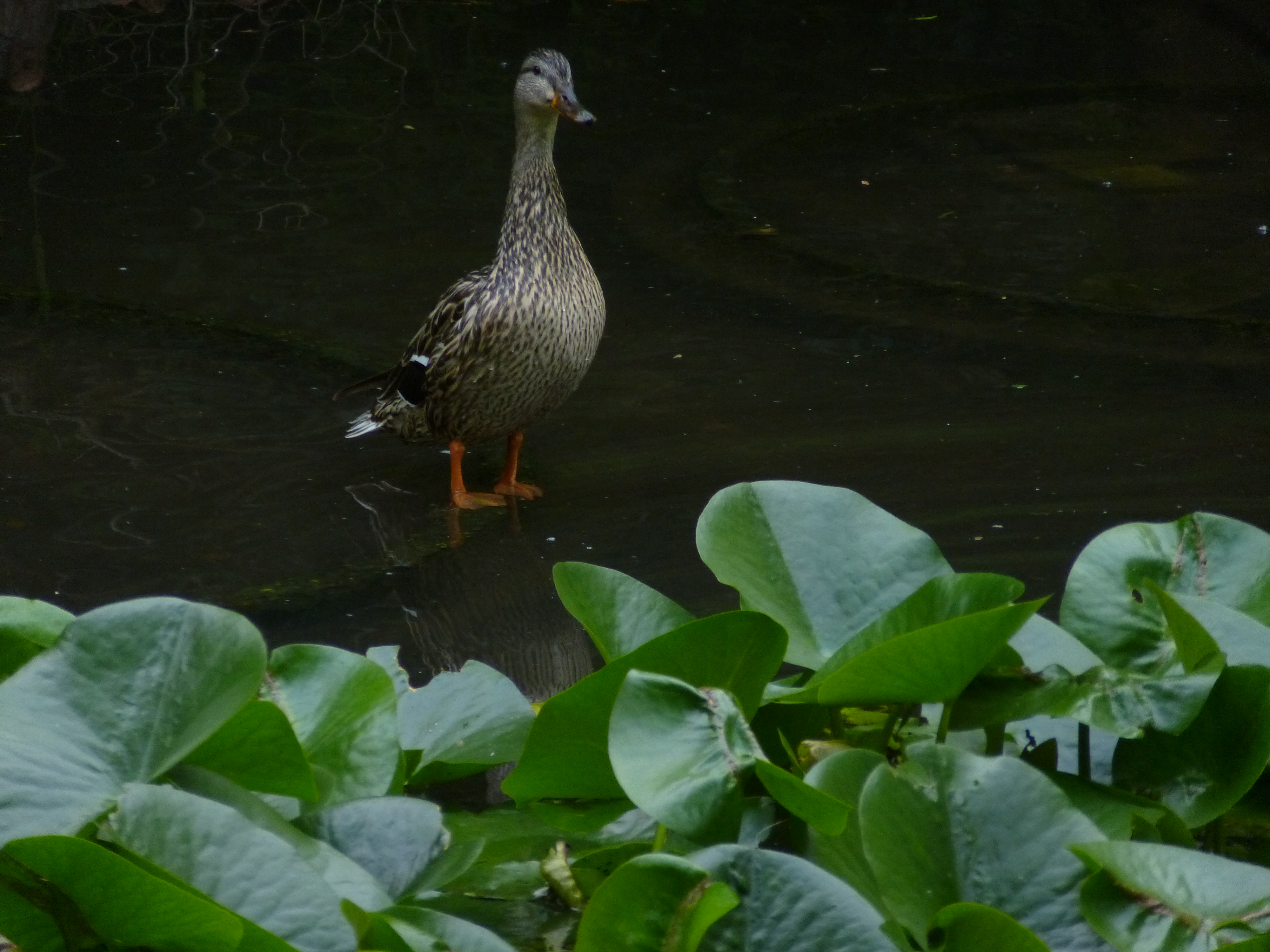 I haven’t written much about my squirrels, as I haven’t been paying them as much attention as the ducks this spring. But I still feed them, and several old and young ones partake of sunflower seeds and peanuts. Here’s a veteran squirrel standing erect: 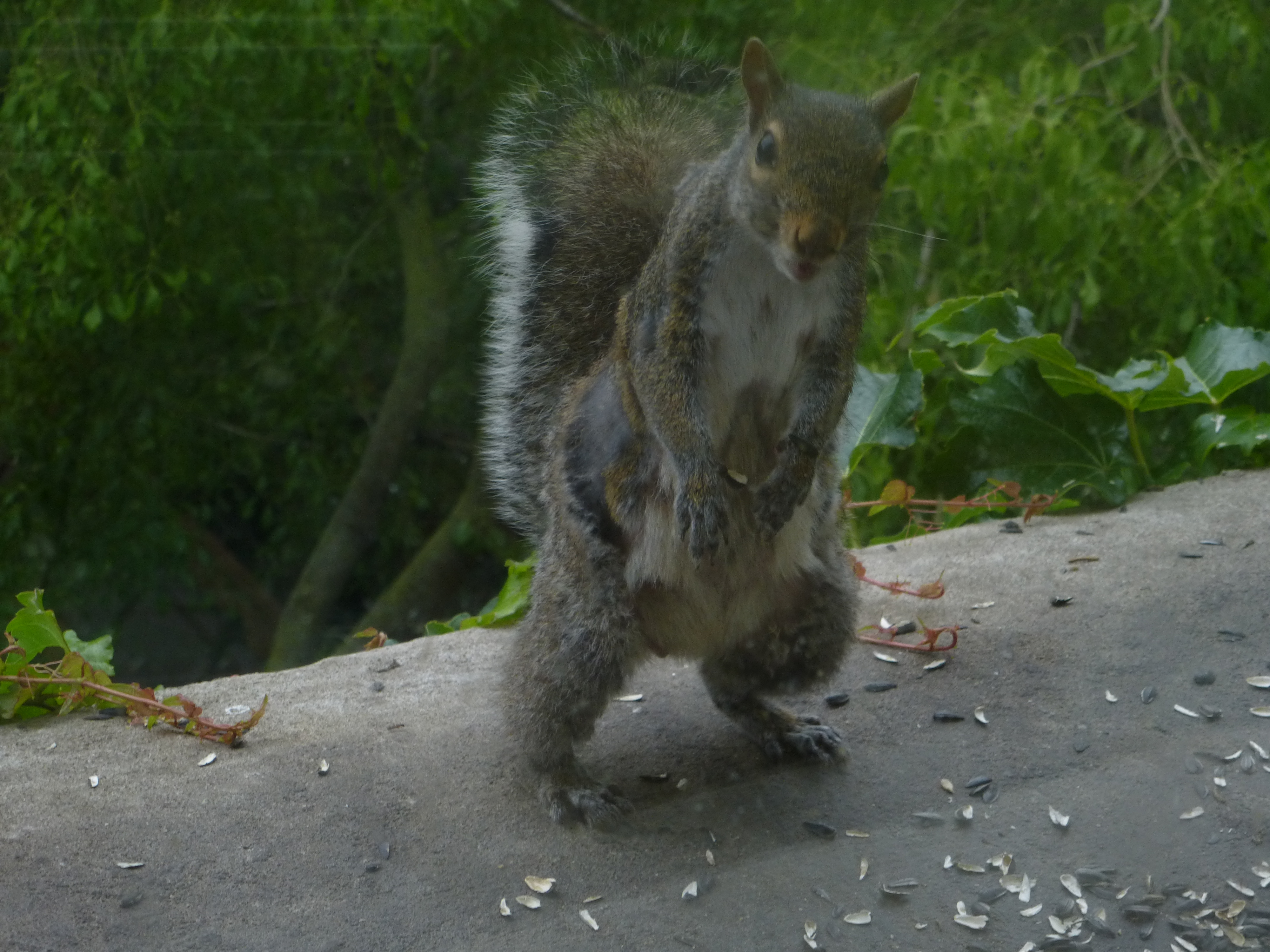 Today I tried an experiment. I had a bowl of oatmeal with milk, raisins, and a bit of sugar for breakfast. I couldn’t finish it, so I decided to see if the squirrels would like it. This one, at least, did! 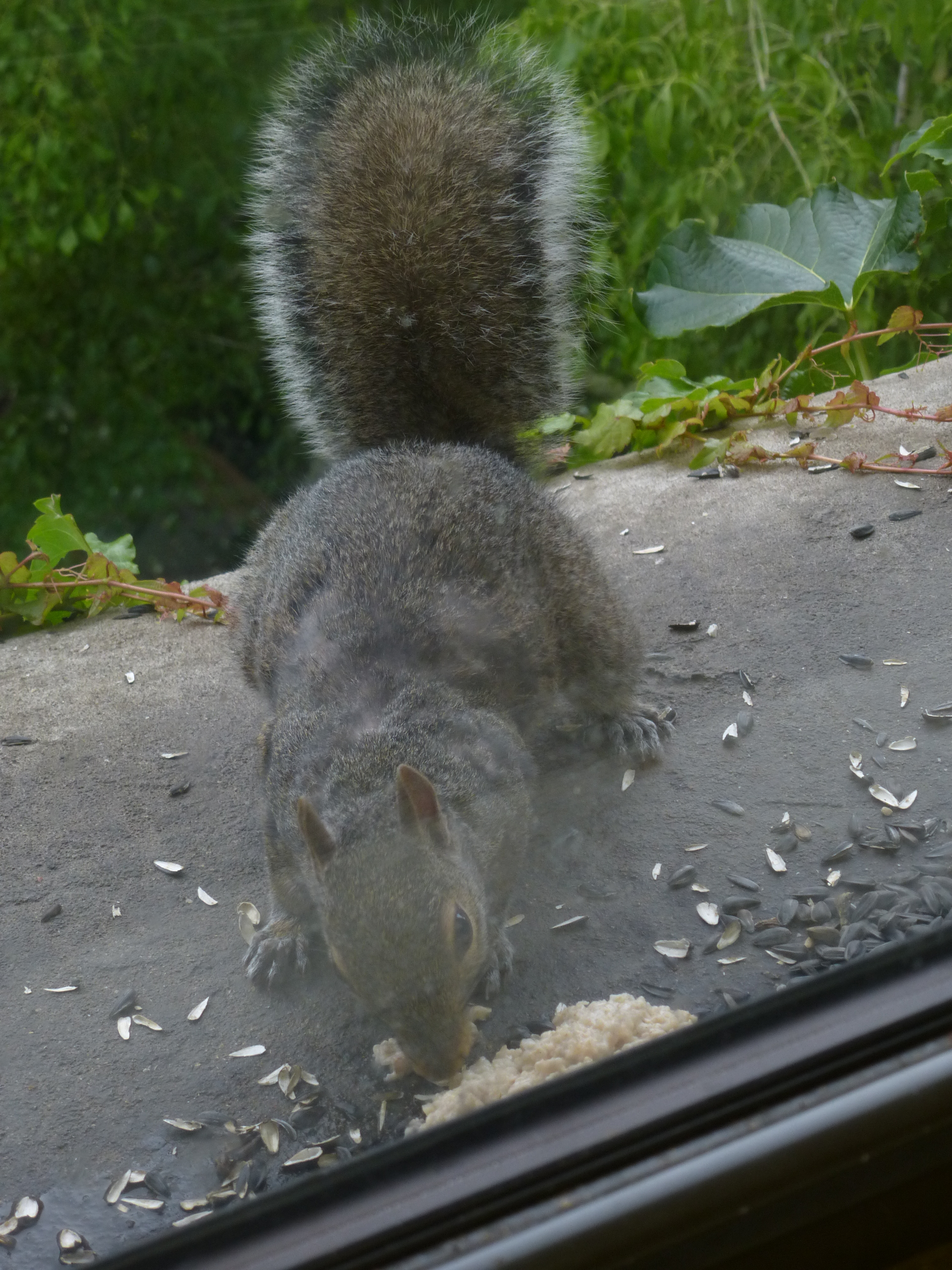