All is well here at Botany Pond, though it’s bloody hot today: 93°F (34°C) at the moment. But the pond is shady and the ducks are paddling around in cool, fresh water.

Here are some scenes from yesterday. They all came streaming to my lunch whistle, and lined up facing me, waiting for their duckling pellets and mealworms. As always, Honey stands guard nearby. Frank and Hank haven’t put in an appearance for several days. 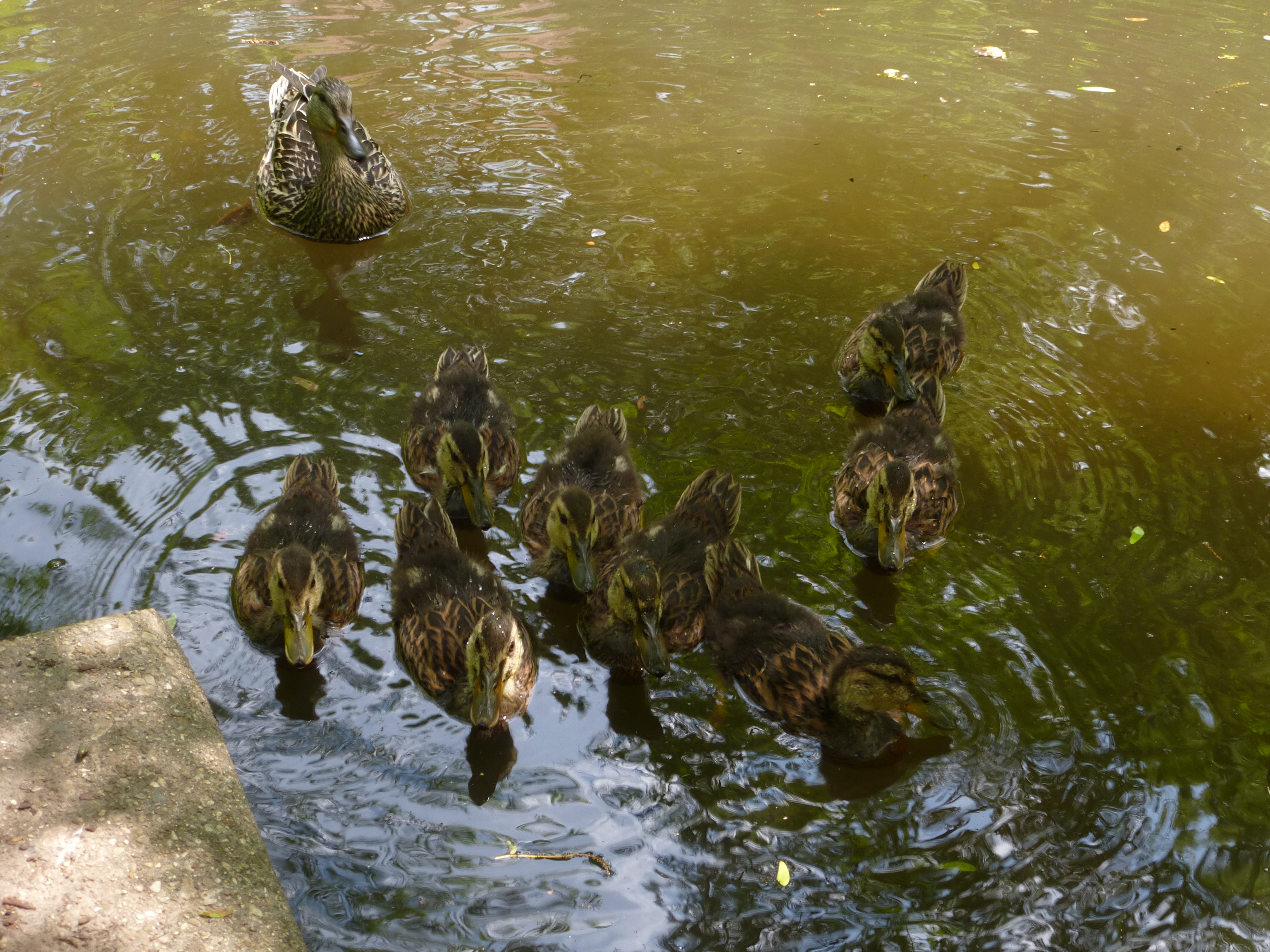 All order breaks down when the food is dispensed. The ducklings can now dabble for corn, though they’re not nearly as good as Honey at dabbling. I ensure that every duckling (and mom) gets a good ration. 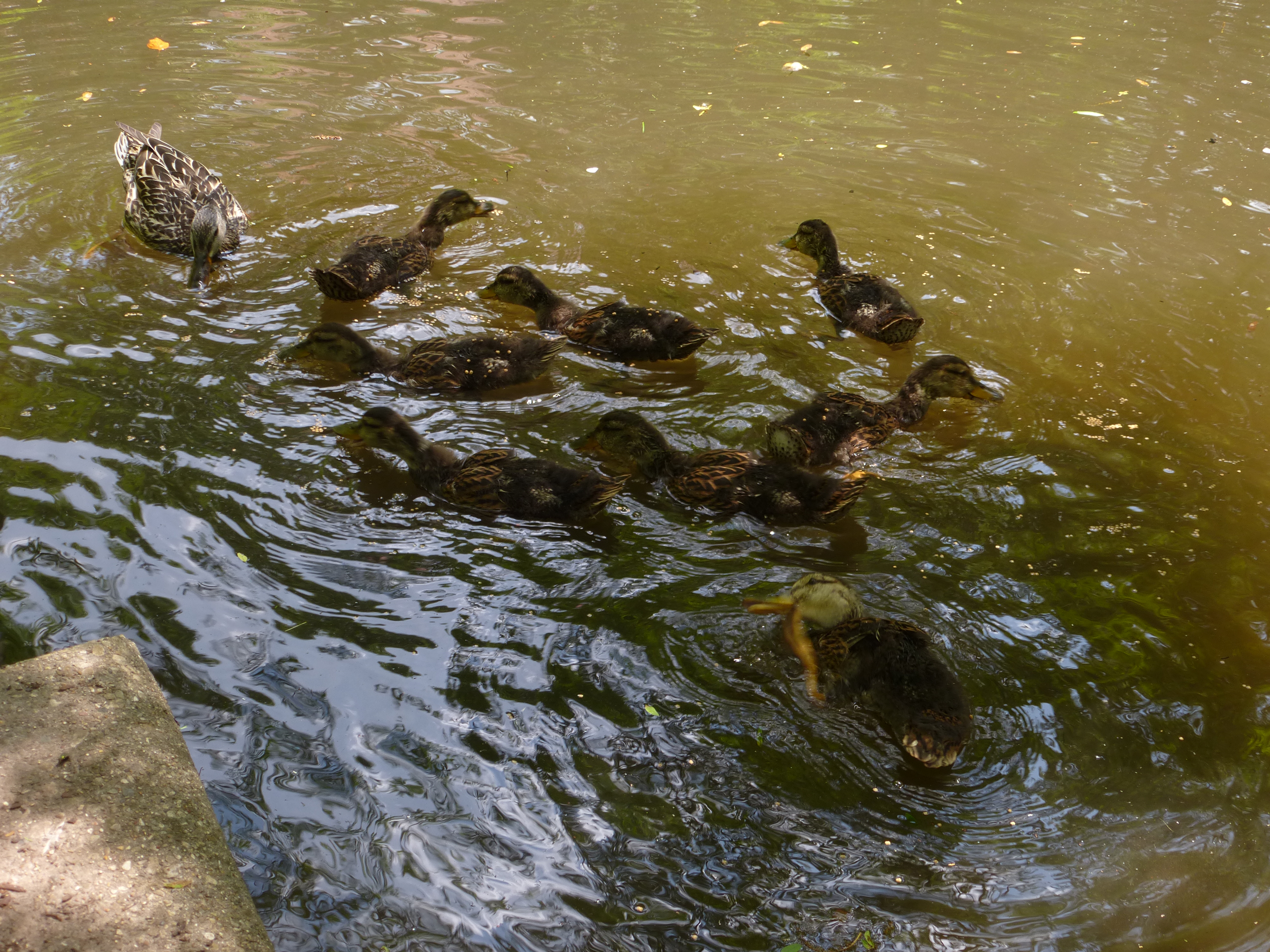 Inevitably, they go to their “bathtub” for preening and bathing after meals. They also shake out their little wings. You can see how small they are. It will be at least a month before those wings are large enough to take the birds to the sky: 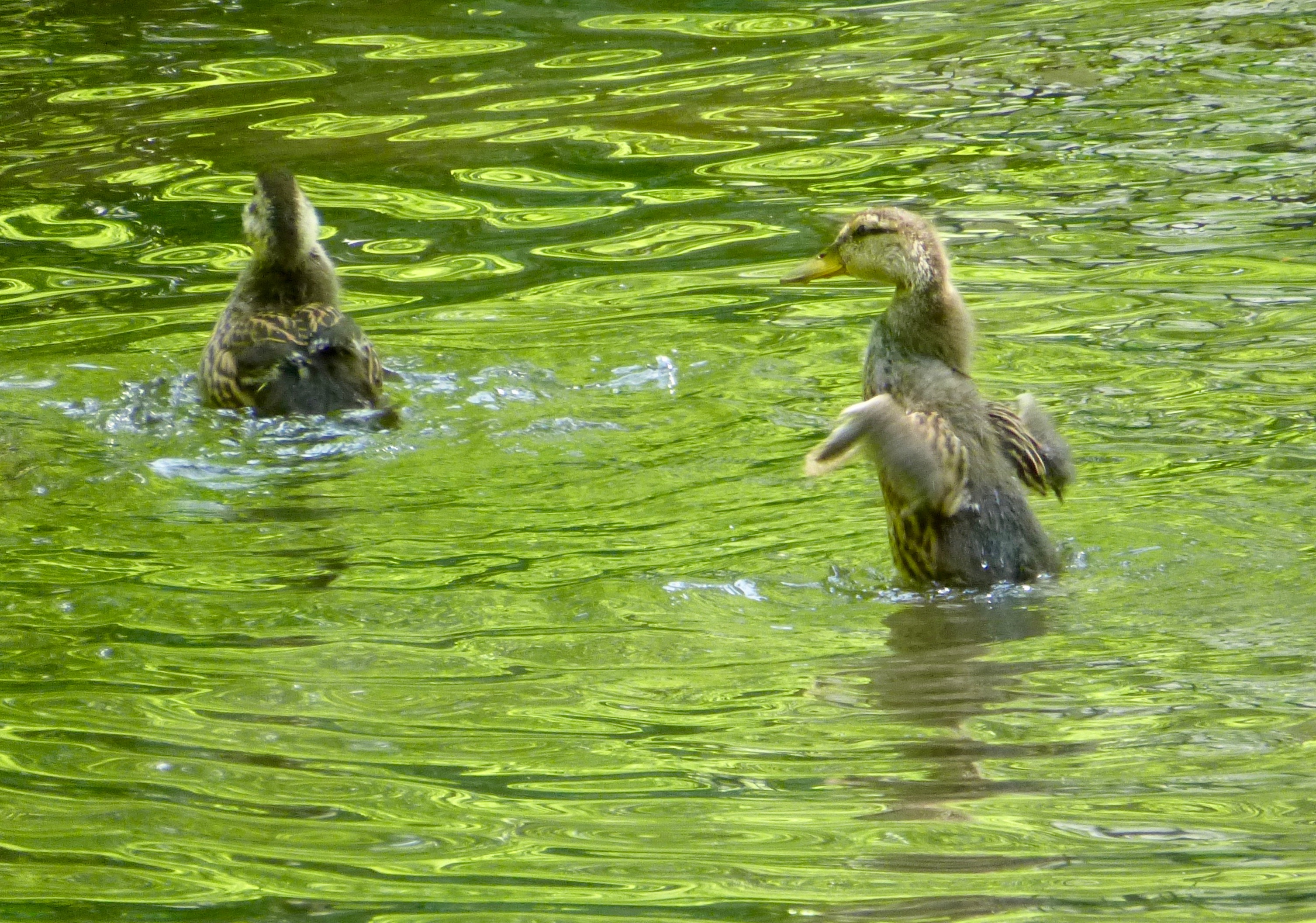 Honey stands guard at bathtime, too. Here another duck is flapping its wing-stubs. 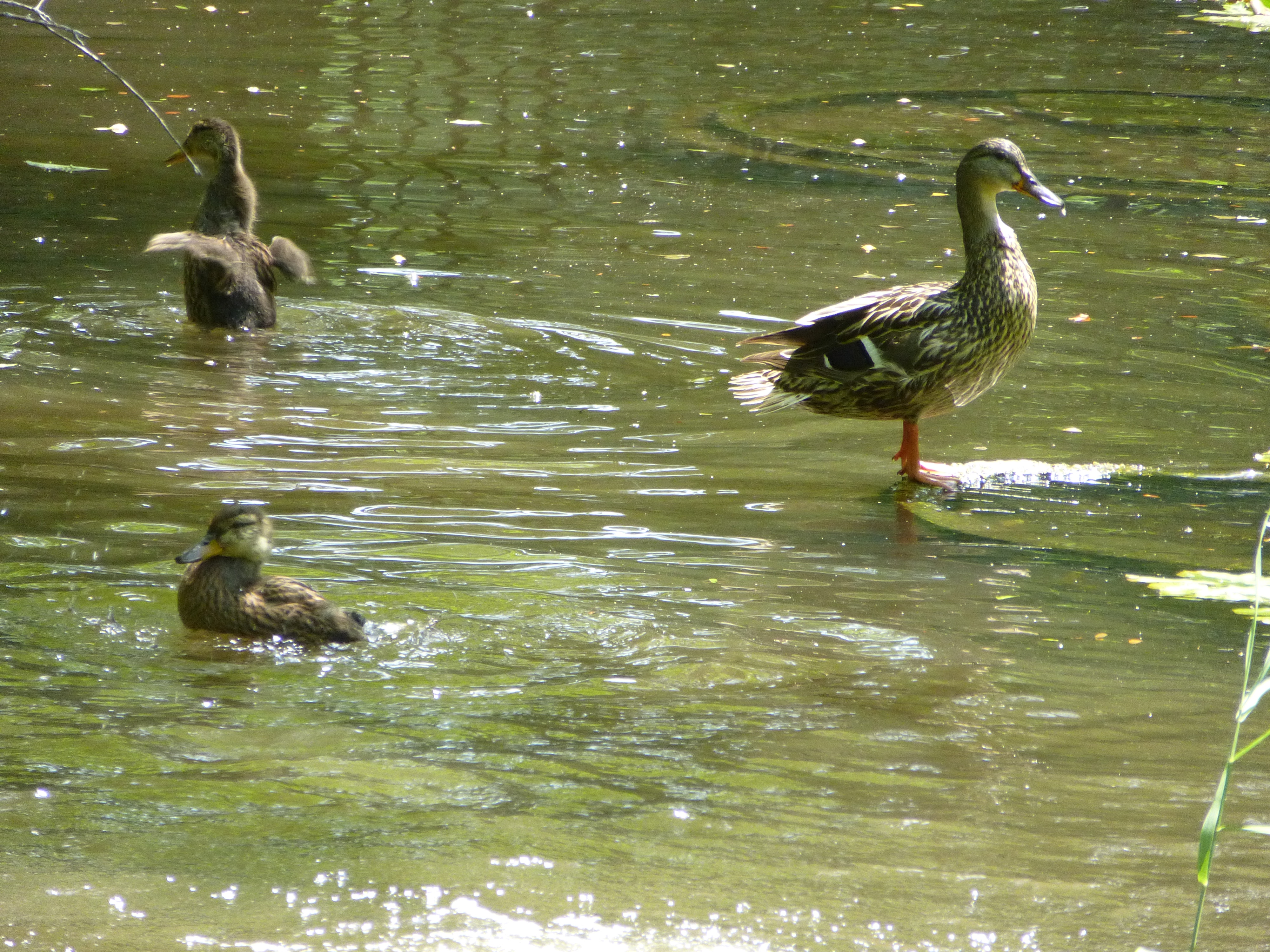 . . .  while another, having immersed itself, reappears with a big splash: 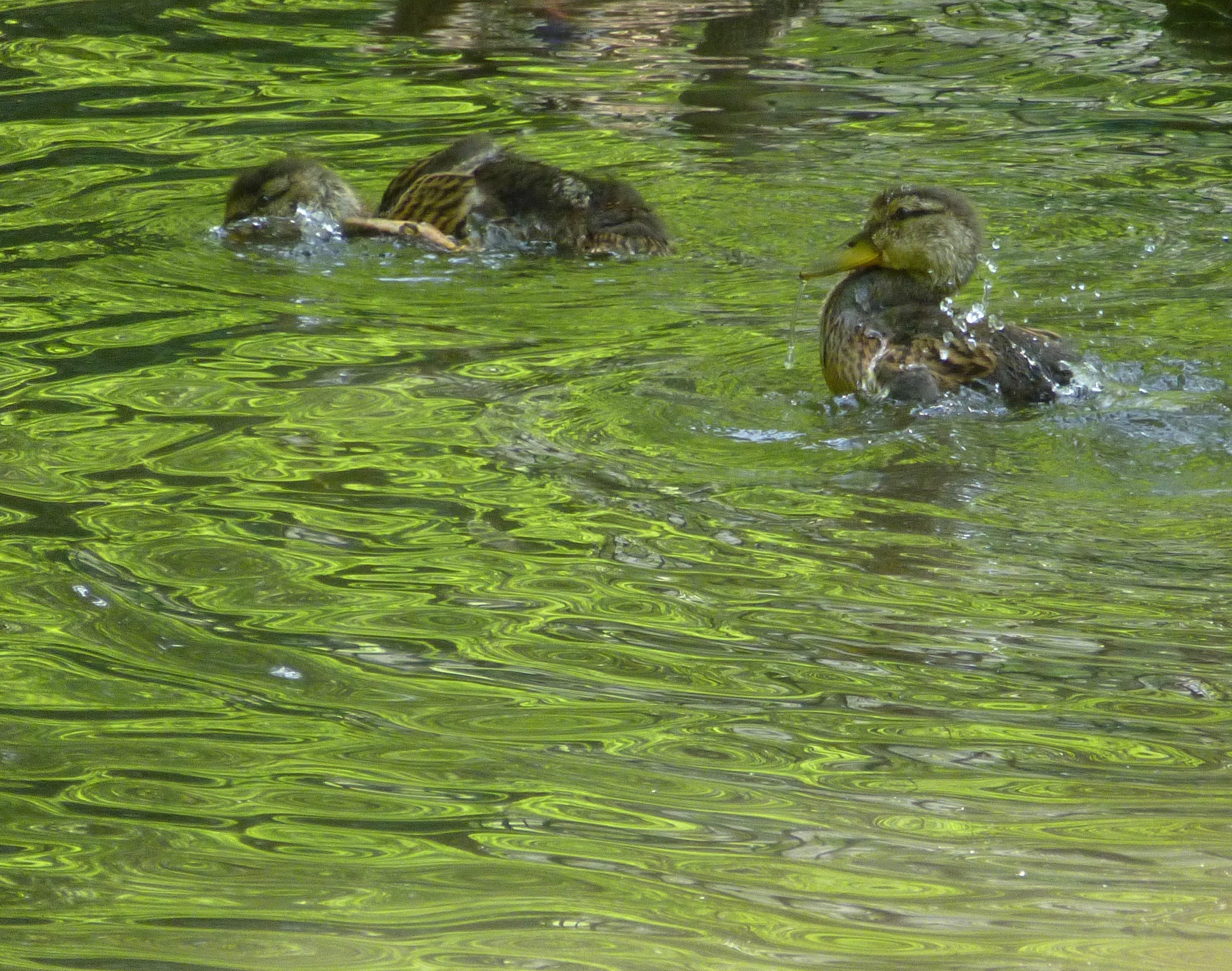 After bathing, they then repair to the duck island for a preen and then a snooze in the heat: 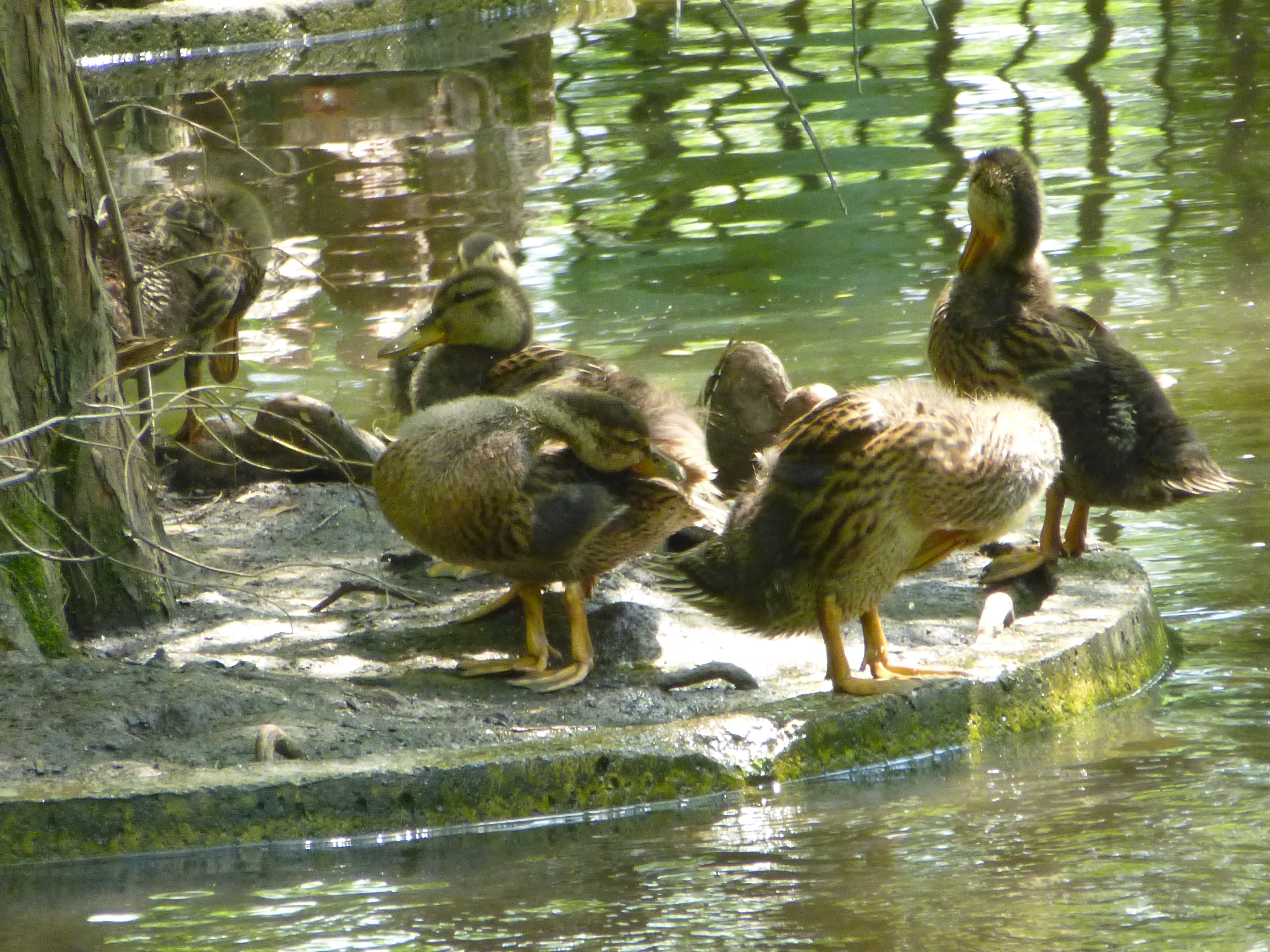 Honey is ever watchful. To me she looks tired in this picture, as well she should be after shepherding a brood of unruly teenagers around in the heat. Or maybe she’s just wistful, thinking “Why on earth did I have so many kids?” 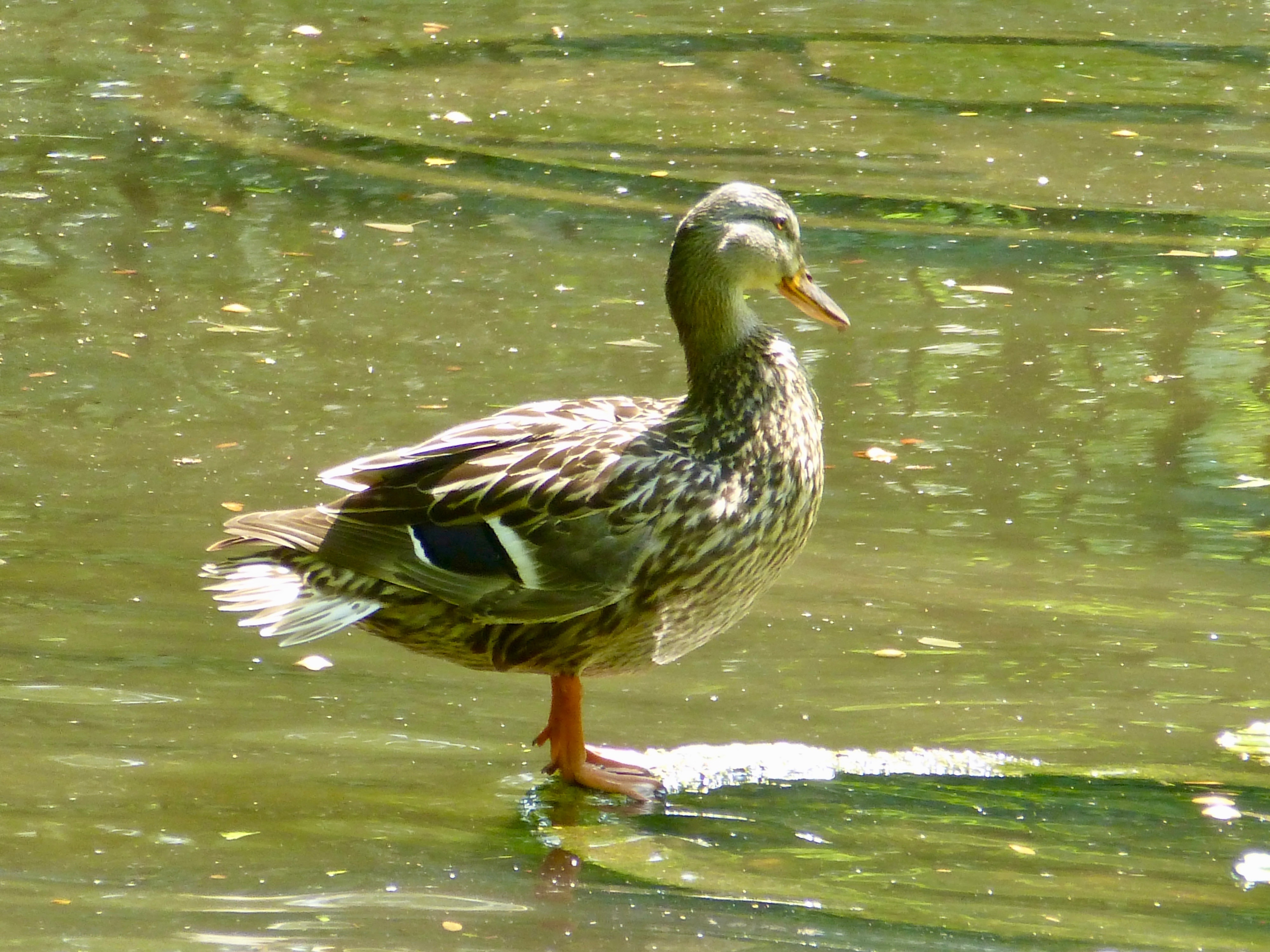 Since I don’t watch television, I learned from reader Tom that Tony Soprano of the eponymous crime series had a fondness for ducks, and fed a mom and her babies who took up residence in his swimming pool. Here’s one scene where he feeds them. Sadly, he should be giving them something other than bread!