Well, I’m not going to dwell on this paper, which has gotten a lot of publicity, as I have a much more interesting paper (about crab spiders and their silk balloons) to report on, but I’ll direct you to the article in Plos ONE. Click on the screenshot to read it:

The author’s sample was 511 Americans (74% Caucasian and the rest African-American), and the goal was to see how various classes of Americans envision the face of God. The results are pretty much as you expect. From the abstract:

Literature and art have long depicted God as a stern and elderly white man, but do people actually see Him this way? We use reverse correlation to understand how a representative sample of American Christians visualize the face of God, which we argue is indicative of how believers think about God’s mind. In contrast to historical depictions, Americans generally see God as young, Caucasian, and loving, but perceptions vary by believers’ political ideology and physical appearance. Liberals see God as relatively more feminine, more African American, and more loving than conservatives, who see God as older, more intelligent, and more powerful. All participants see God as similar to themselves on attractiveness, age, and, to a lesser extent, race. These differences are consistent with past research showing that people’s views of God are shaped by their group-based motivations and cognitive biases. Our results also speak to the broad scope of religious differences: even people of the same nationality and the same faith appear to think differently about God’s appearance.

What the researchers did was use a technique that starts with a generic American face and then altering it randomly, giving people pairs of faces to choose, and then asking them to choose which face comes closest to their conception of God’s face. They did this 300 times in a row, coming up with an image that, for a given participant, apparently corresponds to what he or she thinks God looks like. (Why they did this is beyond me!) After every subject had chosen a face, the images were combined to get a General God Face.

Here’s God to American Christians (left). The “anti-face” to the right is the one that people chose as not looking like God. The God that Americans generally envision is a pleasant-looking chap, lacking a beard and having a stylish haircut:

Below is how liberals (left) and conservatives (right) imagine God. As the authors note,

Frankly, I don’t see that much difference.

Finally, the authors tested for the role of egocentricity, and they did it like this:

Why age and race should be indices of egocentricity defies me, but I can’t be arsed to look it up. (I can imagine why more attractive people might be more egocentric, but it’s not a given.) Here’s the effect of one factor, how young (left) versus older people (right) see God:

The summary for egocentricity:

Okay, I’ll accept that the God to the right looks older, but it was interesting that both men and women see God as male, and even blacks see him as white. For the patriarchal God, that’s probably because according to the Bible God was male, but surely a few feminist women would take the female route. Why blacks see God as white is beyond me; perhaps it’s because he’s assumed to be Jesus’s dad and Jesus was white—or at least Middle Eastern (n.b. that’s not white to Authoritarian Lefists!).

The conclusions, which are pretty lame, are in the abstract above, but one conclusion the authors don’t make is that God is indeed envisioned as a real person. If these Americans adhered to David Bentley Hart’s and other Sophisticated Theologians’™ conception of God, he would not be a personlike being, but an ineffable force outside of space and time that is not at all like a real person. Of course, theologians like Hart think that they know better than the Little People, but they really don’t: they are just trained academics who get paid for devising arcane and untestable views of what God is really like.

You might want to amuse yourself by seeing which living person most resembles Americans’ view of God. To me he looks like a young Timothy Bottoms: 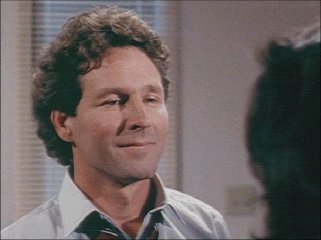