It’s raining, and I’m monitoring the pond while trying to write a paper, so it’s been a busy day. But the news is good for the ducks. First, though, let me introduce you to the two other members of Team Duck, Dr. Anna Mueller, a professor in Comparative Human Development who studies clustered suicide, and her grad student Sanja Miklin. Anna is on the right here, in a picture taken at a meeting last weekend. 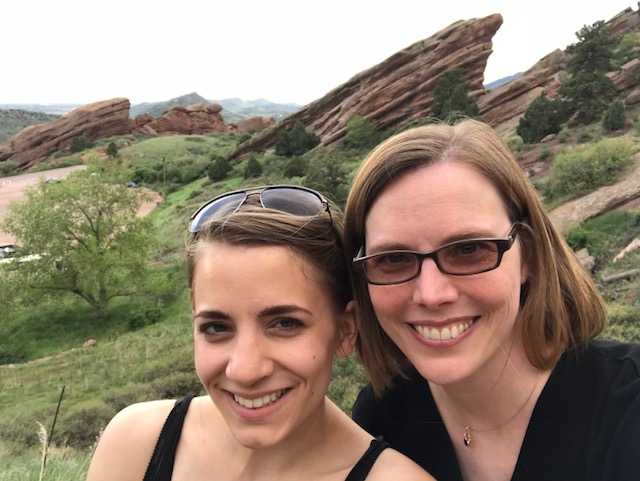 All nine ducklings are thriving and are eating crushed mealworms, while Mom eats corn and whole mealworms. Frank hangs around, and I give him corn, but he’s becoming a jerk, lunging at and even pecking at the ducklings and at Honey. Team Duck will have to figure out a way to feed them while keeping Frank away from the family. At this point, after Frank has donated his sperm but proffers no childcare, his presence serves no useful purpose (and it’s even detrimental to the family); but I still feel some affection for him.

They’re all good, and it’s still raining. Note that there are nine ducklings still. 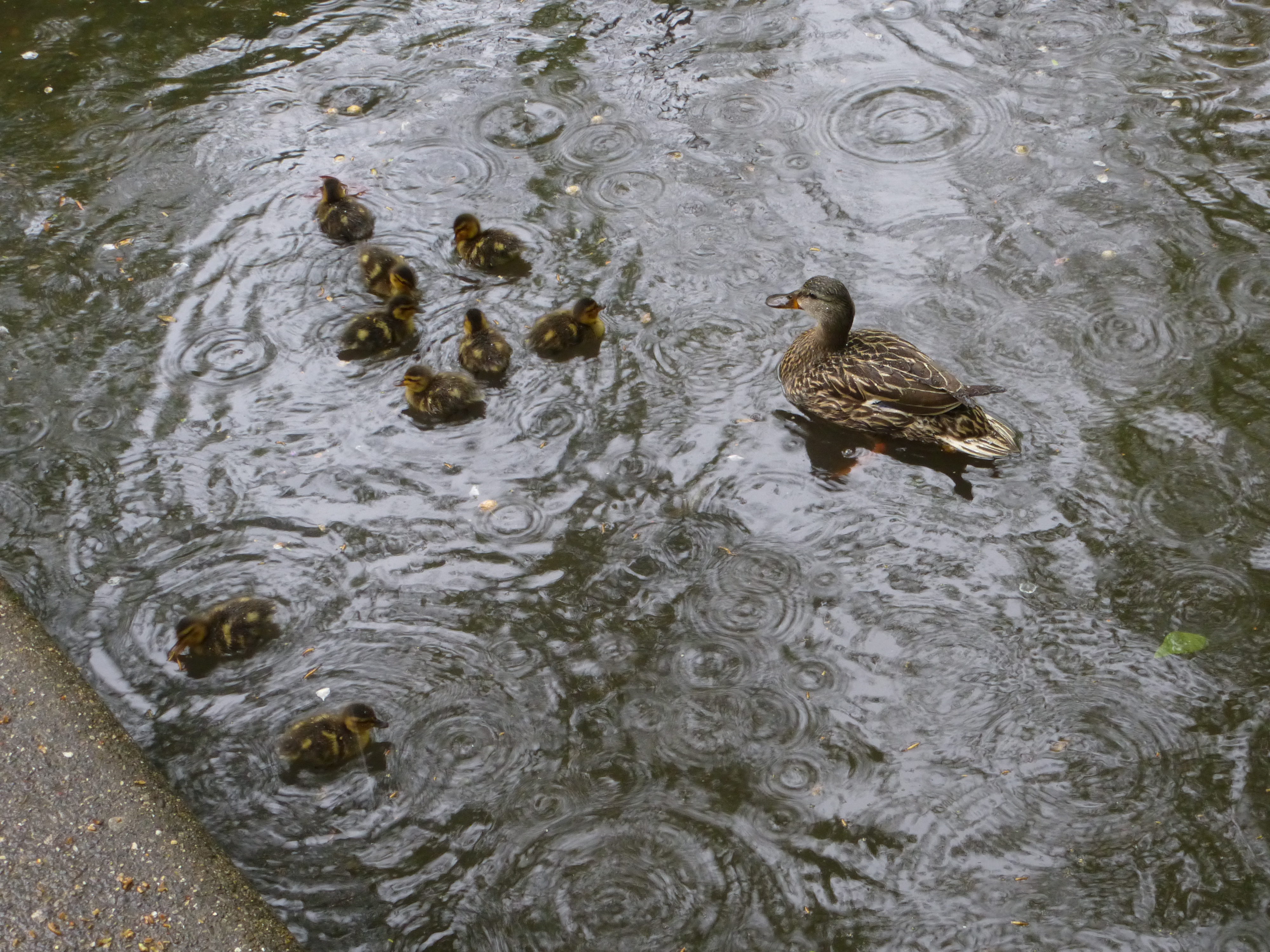 This morning a Great Blue Heron (Ardea herodias) appeared by the pond, and Honey went apeshit quacking. It was in fact her frantic quacks that alerted me to the presence of this bird. Normally I’d be delighted to see it, but I suspect that, along with fish, this species would snatch ducklings. (I see no other reason why Honey would become frantic upon seeing it.) Therefore I needed to prompt it on its way. I don’t like doing that, but I was fortuitously thwarted by a student who, when taking a picture of the bird, made it fly off. It is a lovely thing, but doesn’t belong at the pond.  (Please, no remarks about thwarting natural selection, which is what you do when you give your kids antibiotics.) 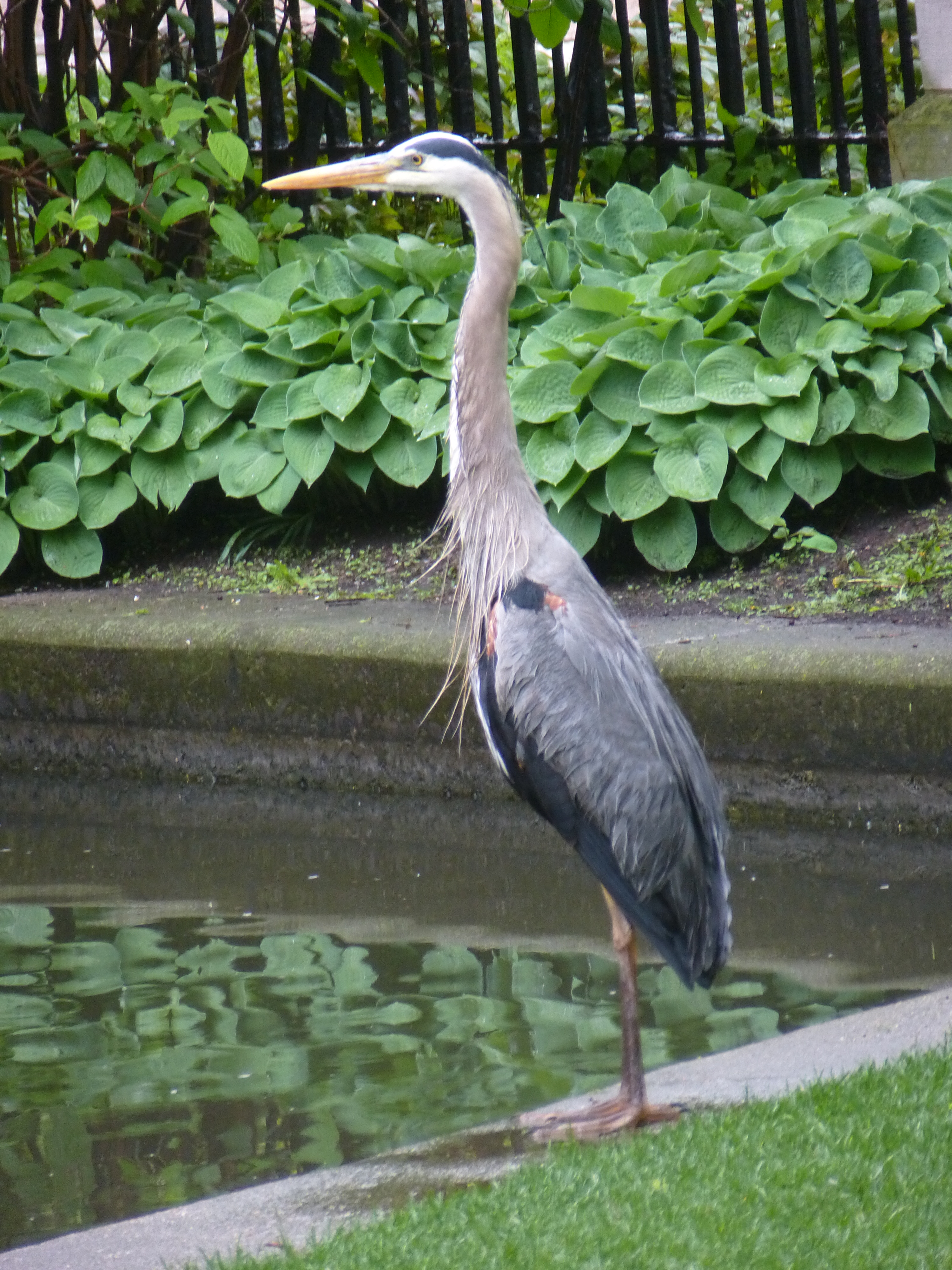 The good news is that Physical Plant is doing its thing. Today they put up a sturdy ramp out of the pond into the shrubbery, allowing the ducklings an egress from the pond into thick vegetation that will hide them. Here it is, and I hope they learn to use it. 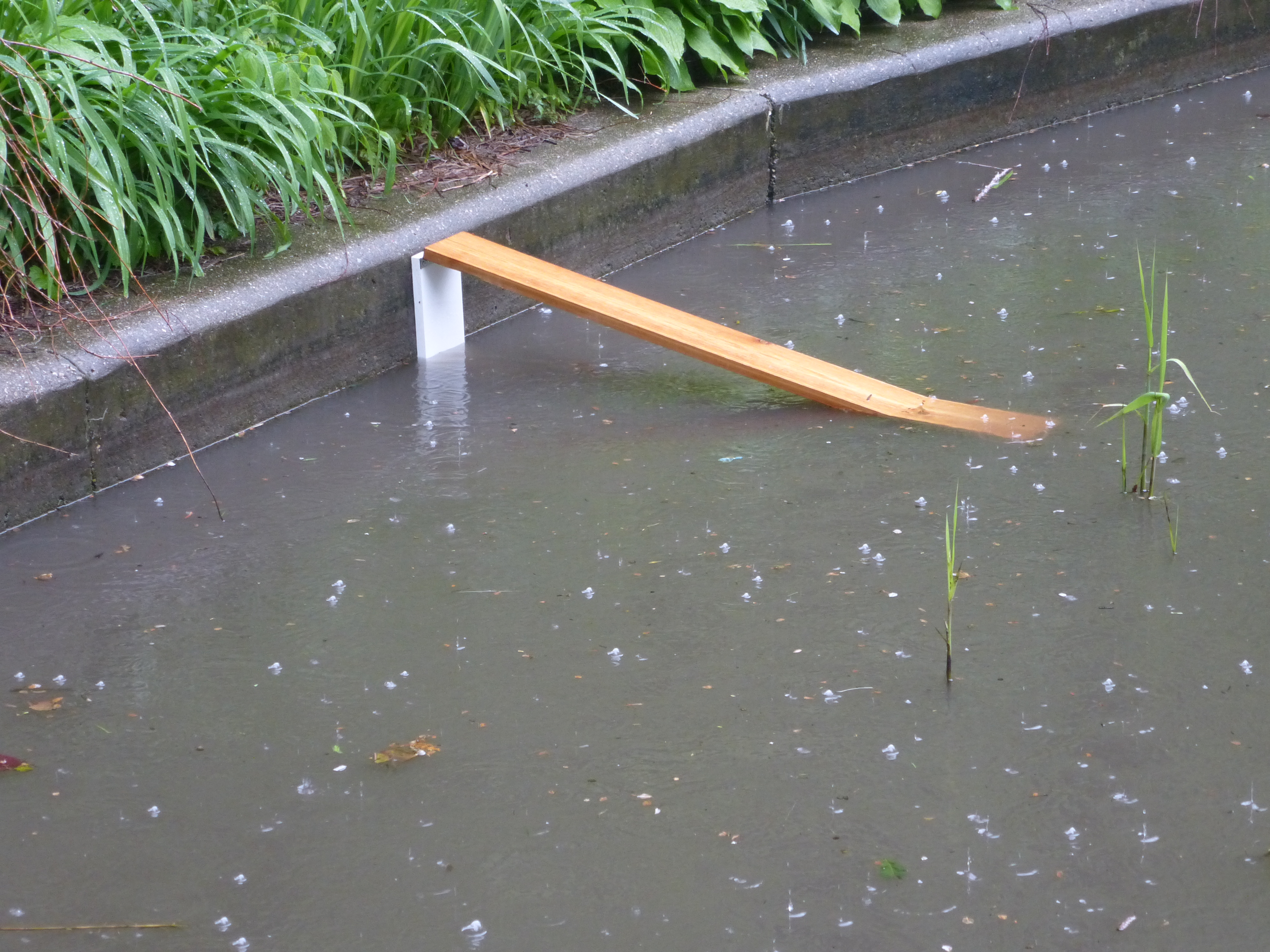 They also heaped dirt around the base of the two trees in the pond, which, when it dries out, will also give Honey and offspring a dry and safe place to rest. They’re adding leaves and other things to it to make it softer and less muddy.  Thanks, Physical Plant!  More improvements to come, including a fence. 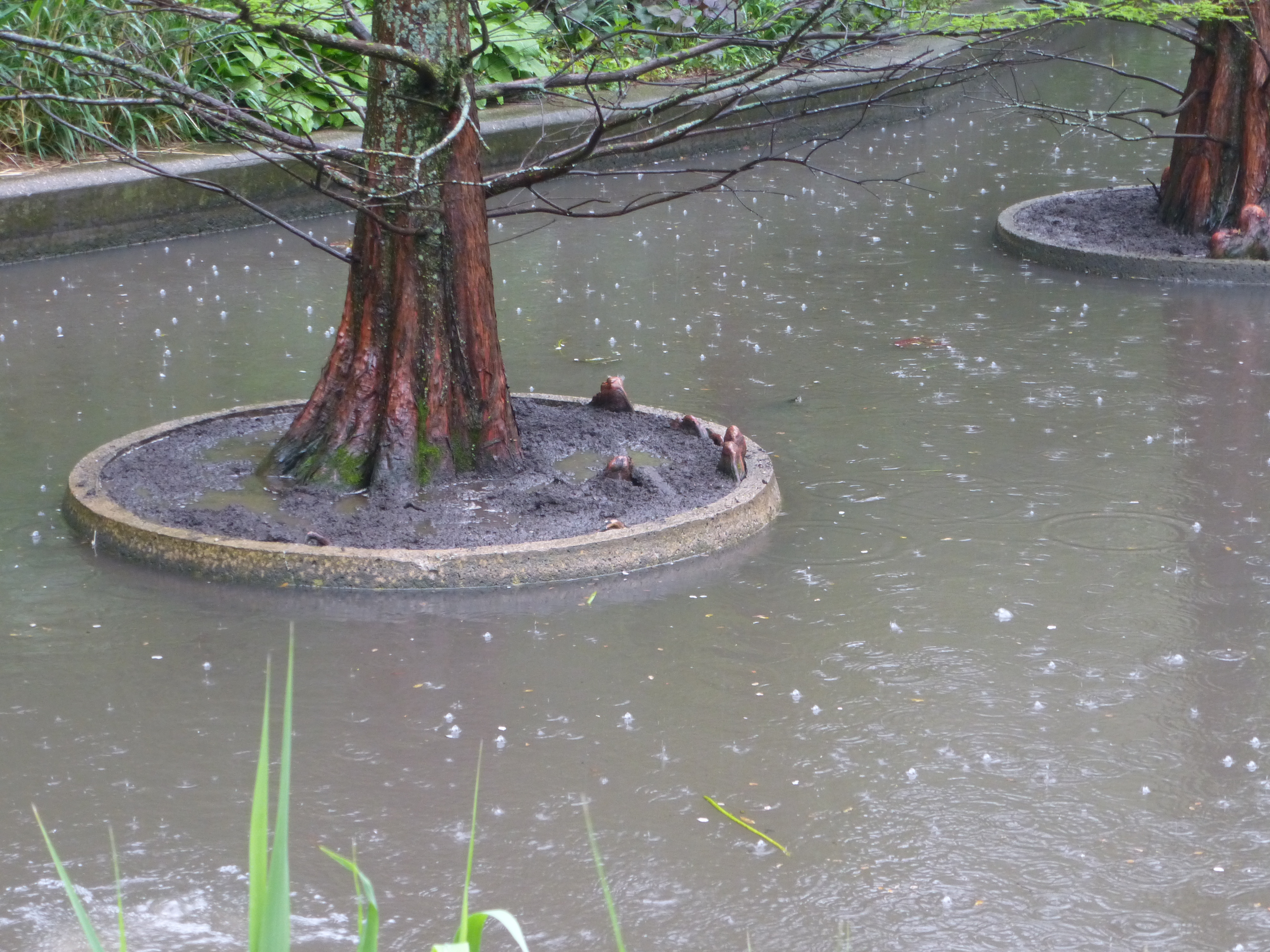