Three days ago I put up a post showing a short lecture by philosopher S. Orestis Palermos that was part of a University of Edinburgh Coursera course on Science and Philosophy. His lecture basically equated evolutionary biology with creationism, dismissing both as “pseudoscience”. (The course was also sponsored by—to its eternal shame—the John Templeton Foundation.) Palermos’s lecture was part of the course’s first week, “Introduction and overview”. Sadly, he argued the following:

It’s palaver like this that puts scientists off on philosophy, even though there is good philosophy being done around science. The problem is that Palermos apparently didn’t know squat about evolution, yet was pushing a bunch of lies and distortions on those people who paid to take the course. And, of course, Templeton helped fund the whole thing, belying their claim that they’re really down with good science. (Templeton used to push Intelligent Design, but stopped doing that when the pushback became too great. But they’re apparently willing to diss evolution as an untestable “pseudoscience.”)

I called my post to the attention of some evolutionary biologists at Edinburgh, who were of course horrified at the distortion of both evolutionary biology and science in general. And then Twitter got hold of the video (my posts are automatically put on Twitter) and it spread rapidly. (Calling attention to nonsense is one good thing that Twitter does.) Here are a few tweets; have a look at the comments on the first tweet by Steve Brusatte, a paleontologist at the University of Edinburgh:

Evolutionary biology is 'on par' with creationism and 'not scientific'. Very worrying that philosophy dept at my university @EdinburghUni–a world-leader in evolutionary research–is teaching this nonsense to its students. @UoE_Philosophy what is going on?https://t.co/gCnj0RGMOx

Adam Rutherford weighed in (below) and then Carl Zimmer retweeted Brusatte’s post.

According to this lecture series from Edinburgh University, Kepler and Galileo chose to support the failing theory of heliocentricism because they liked it and they had faith in it… 1/2https://t.co/CHzY1VmtKT

I just ran through the material in this course. It seems to be trying to bring evolution as close to creationism as possible, by claiming evolution isn't predictive, falisfiable or testable. No-one involved seems to know any biology.

Add Feyerabend. He's good on science's weak spots (eg "does 'Vulcan' exist inside Mercury's orbit? Does Pluto solve any problems with Neptune's orbit? [Both are no.])

So, this morning I found out (again from Twitter) that Palermos’s lecture has mysteriously vanished from from the course syllabus, where it was once publicly visible as lecture 1.4 (“Evolutionary biology and creationism”).  But Brusatte is not correct in saying that the course has been pulled; it’s here—minus Palermos’s lecture.

The link was correct and working as of last night. But now it looks like the course has been pulled (or moved to another website…). I would love some clarification from the Edinburgh Uni philosophy dept.

And when you go to the link where Palermos’s lecture was, you get this (click on screenshot): 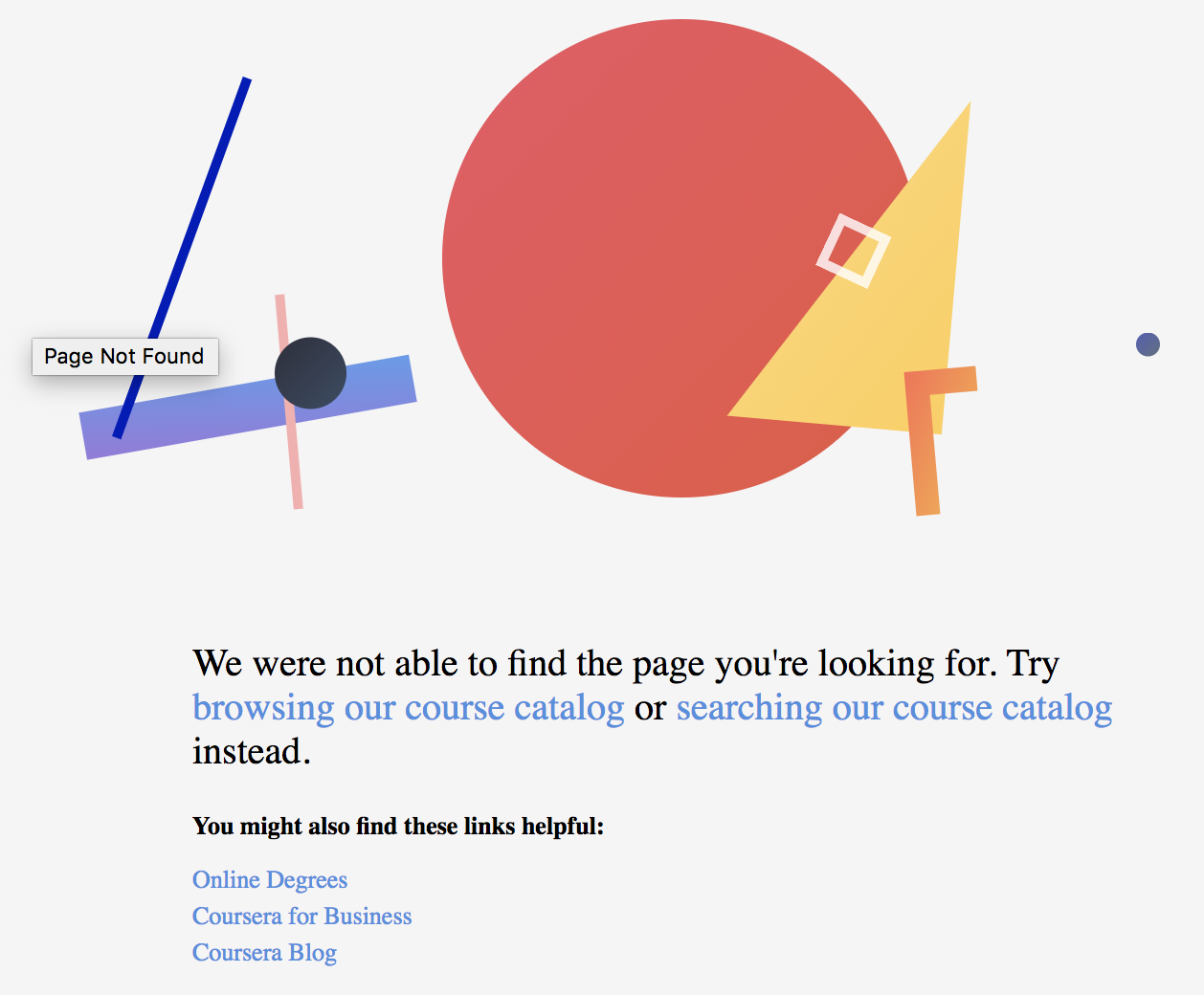 I don’t know exactly what happened to get Palermos’s lecture pulled, but I’m guessing some biologists at Edinburgh objected to the nonsense being sold as “science”. It’s not “free speech” to tell lies to students, so I don’t mourn the loss. And anyway, if you want a full transcript of what the lecture said, it’s available on my website (thanks to reader Simon, who transcribed it).

Nevertheless, the course itself, which I suspect is pretty dire, still remains, along with the weeklong unit on evolutionary biology, which I can’t see. The syllabus below lists all the videos, and the Introduction, by physicist Mark Harris, is freely viewable here (click on screenshot): 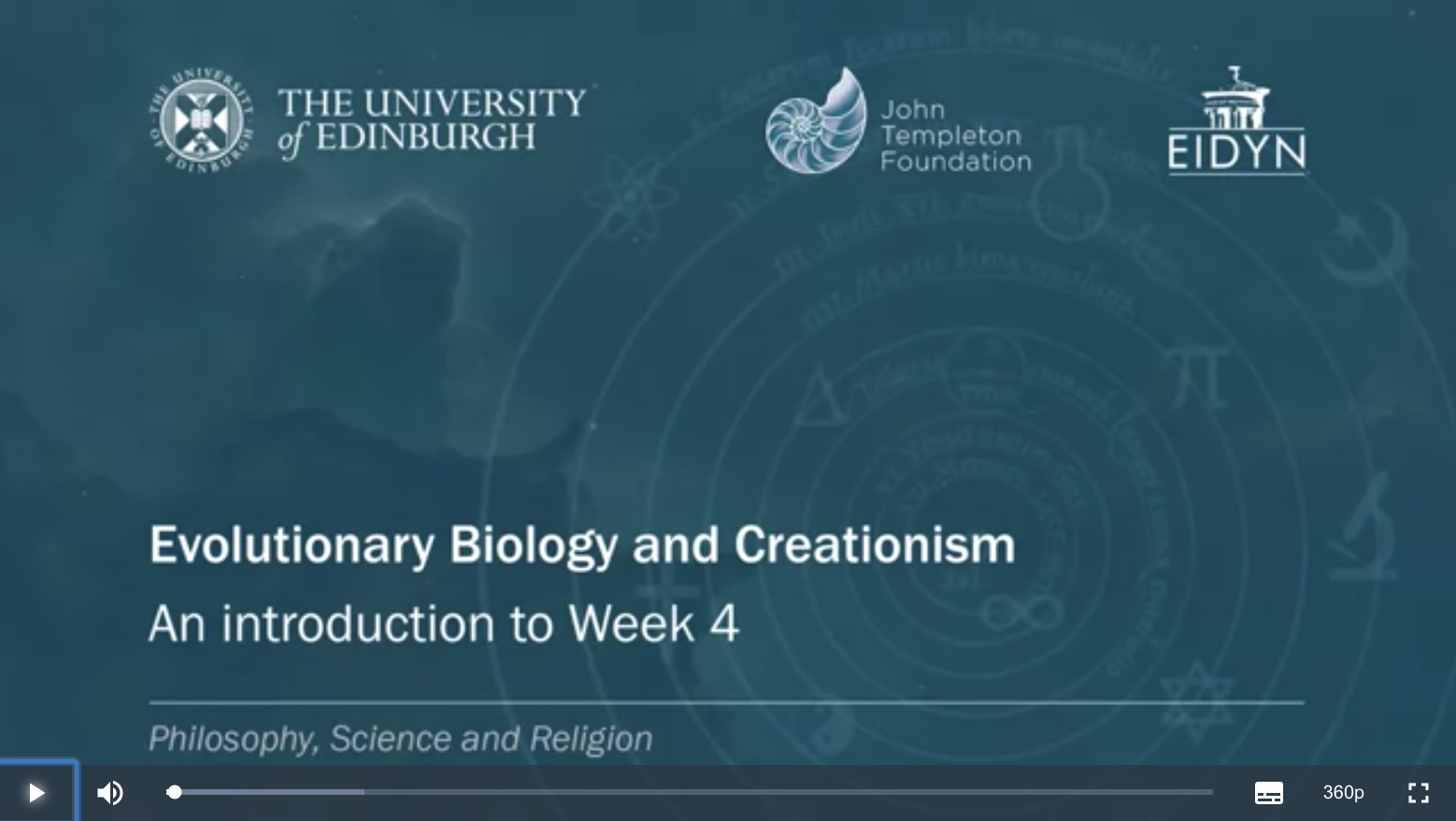 I have to say, though, that the topics given, combined with the presence of biology ignoramus Orestis Palermos as one of the speakers and a religious philosopher as the other, makes me pretty queasy.  As far as I know, too, none of the many well-known evolutionary biologists at the University of Edinburgh were asked to give feedback on the course material. (Remember, the course is offered under the aegis of the University of Edinburgh.) 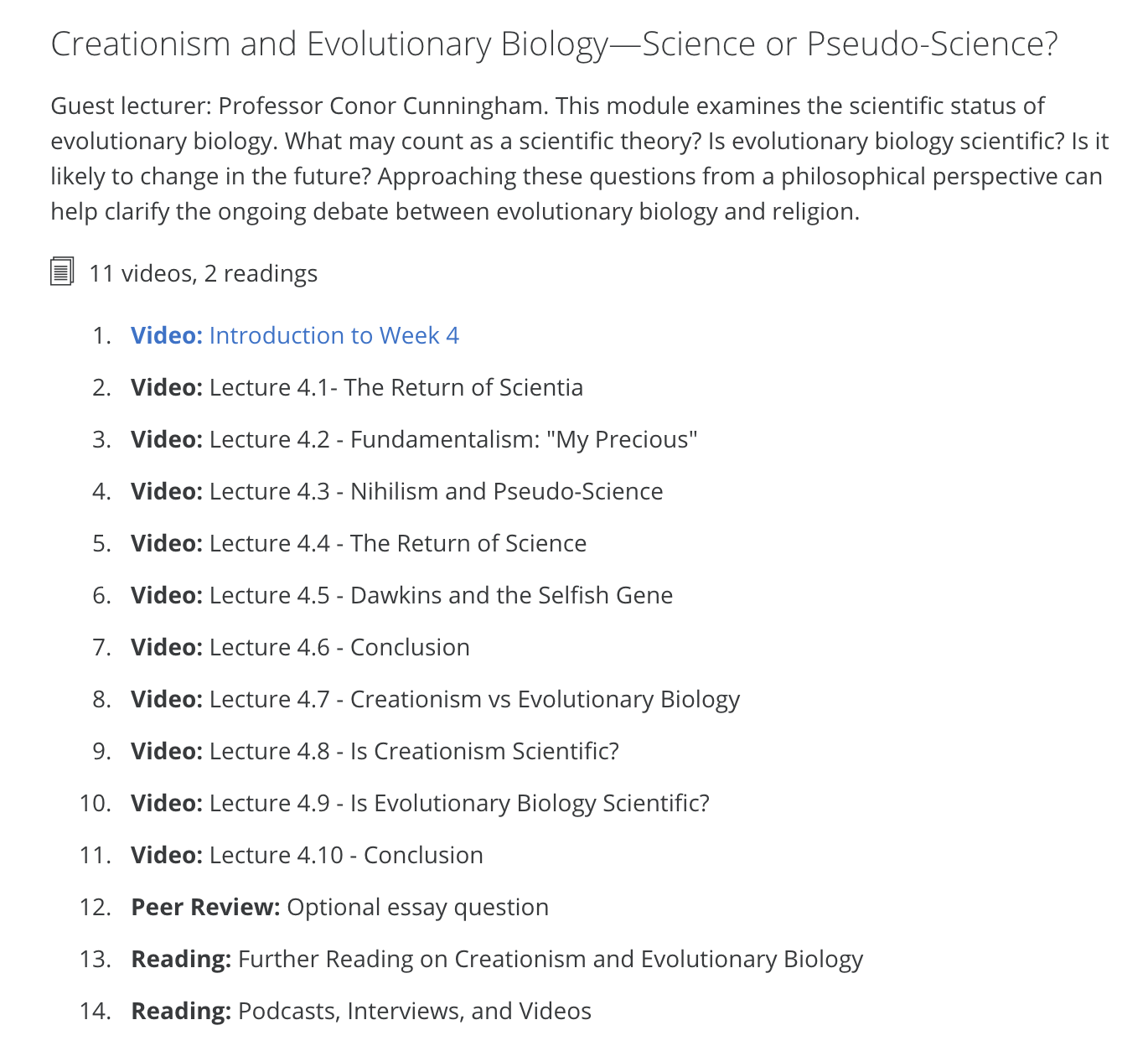 Here’s a partial transcript of the video introducing the evolution and creation unit, which is narrated by Mark Harris. I’ve put some worrisome bits in bold:

But to its detractors, there’s nothing very scientific about creationism. It’s pseudoscience at best they say, but probably just religion, pure and simple.

So, put like this then, yes, the debate between evolution and creation is a clear case of science contradicting religion. And with good reason, I believe.

However, I want to make two qualifiers to that picture of the creation/evolution debate I just outlined.

For one thing, when you begin to look at the issues more closely, they become less clear cut. There are various creationisms, for instance, some of which take a more accepting attitude to the mainstream sciences, including agreement with the sciences that life has evolved to some degree, and that the Earth is very ancient.

This means that debating with the so-called old earth creationists about interpretation of the science and interpretation of the Bible is a very different kind of proposition to debating with those young earth creationists who tend to steal so much of the limelight. And it illustrates all too well, I think, the need for caution before jumping to the premature conclusion that science is rational, and religion is faith based superstition.

My second qualifier concerns the status of evolutionary theory, something which we particularly target with the video material in this week. With Professor Conor Cunningham exploring evolution from his perspective as a philosophical theologian, and Dr. Orestis Palermos as a philosopher of science.

Some of this material is deliberately provocative to enable the wider intellectual repercussions of evolution to stand out more clearly.

Whether you’re a theist, an agnostic, or an atheist, there are some serious challenges here regarding the nature of science and its place in human culture and thought.

The point is to illustrate that even apart from the question of creation versus evolution, complex questions arise here about the interpretation of science. Especially for an edifice as monumental as evolutionary theory.

The controversy with religion helps clarify some of the more significant questions. But there are others no less significant, as we hope to explain.

Note again that neither Palermos and Cunningham are biologists; the former is a philosopher and the latter a “philosophical theologian”. What on Earth are they doing running this unit? Why didn’t they consult with evolutionary biologists?

In the end, this whole course seems like a Templeton-funded endeavor to cast doubt on evolution—and perhaps on science as a whole. That, of course, comports perfectly with the John Templeton Foundation’s agenda to blur the boundaries between faith and science, making both seem like faith-based enterprises that, taken together, can tell us “spiritual truths” and answer “the Big Questions”. (That was, after all, Sir John’s purpose in creating the Foundation.) Let nobody say that Templeton has decided to abandon religion and cast its lot fully with science. It may pretend to do that, but behind the scenes it’s still funding courses like this one.

Disappointing how much sway Templeton has. They've even infected the New York Academy of the Sciences.

23 thoughts on “Edinburgh Coursera lecture equating evolution and creationism as equally “faith based” vanishes from the web, but the science-bashing continues”