Reader John Riegsecker sent these photos on February 26; his notes are indented:

Saturday I photographed an American Kestrel eating a snake, which got me to thinking about a series of photos I made of a Ring-necked Duck (Aythya collaris) eating a rough-skinned Newt (Taricha granulosa).  I am not an expert on Newt identification, but I’m pretty certain that is correct. I knew that rough-skinned newts were poisonous, so I asked around and did some Googling. The first thing I found was that someone had died from eating one:

These photos were taken at Ridgefield, a wildlife reserve in Southern Washington, so it is unclear how poisonous the newt would  be, but there is a good chance that was the duck’s last meal.

When most people see one of these ducks they think it should be called a Ring-billed Duck.  The first photo is of a Drake and shows that, in fact, there really is a ring around the neck. 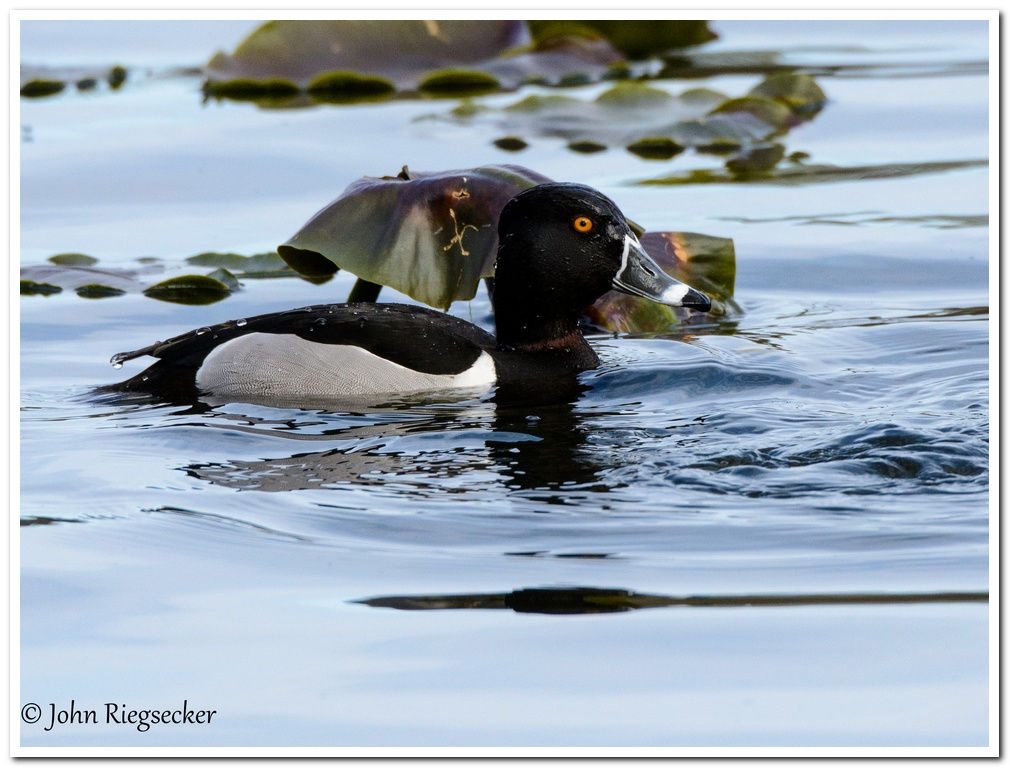 The other photos show the hen eating the newt. 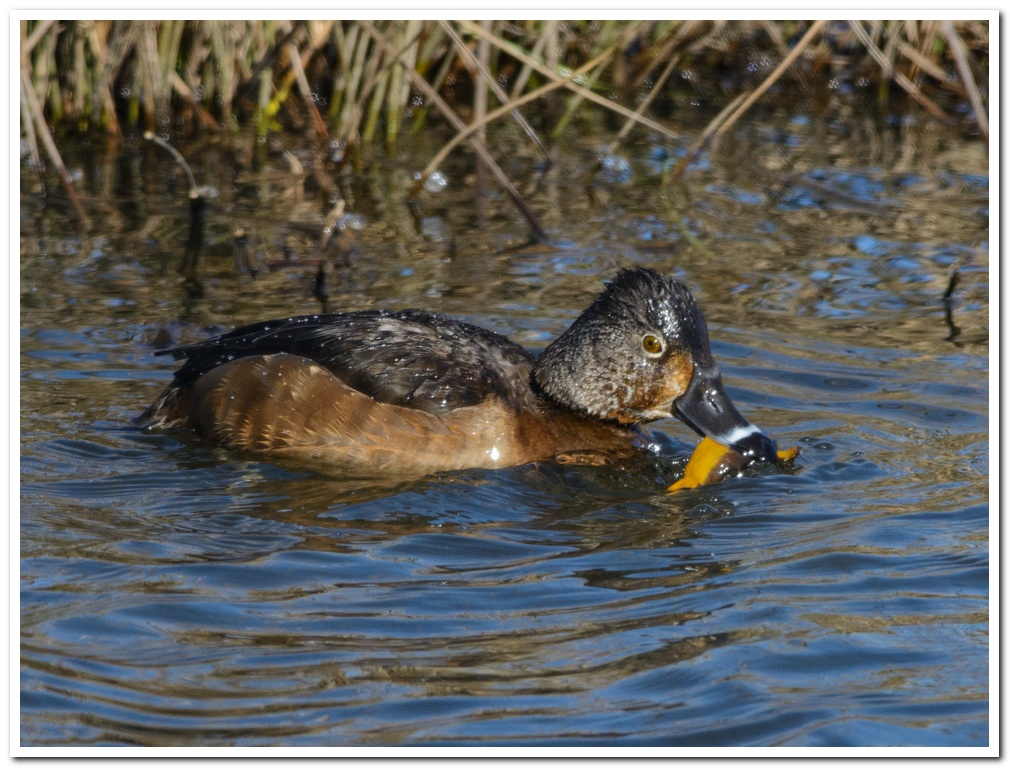 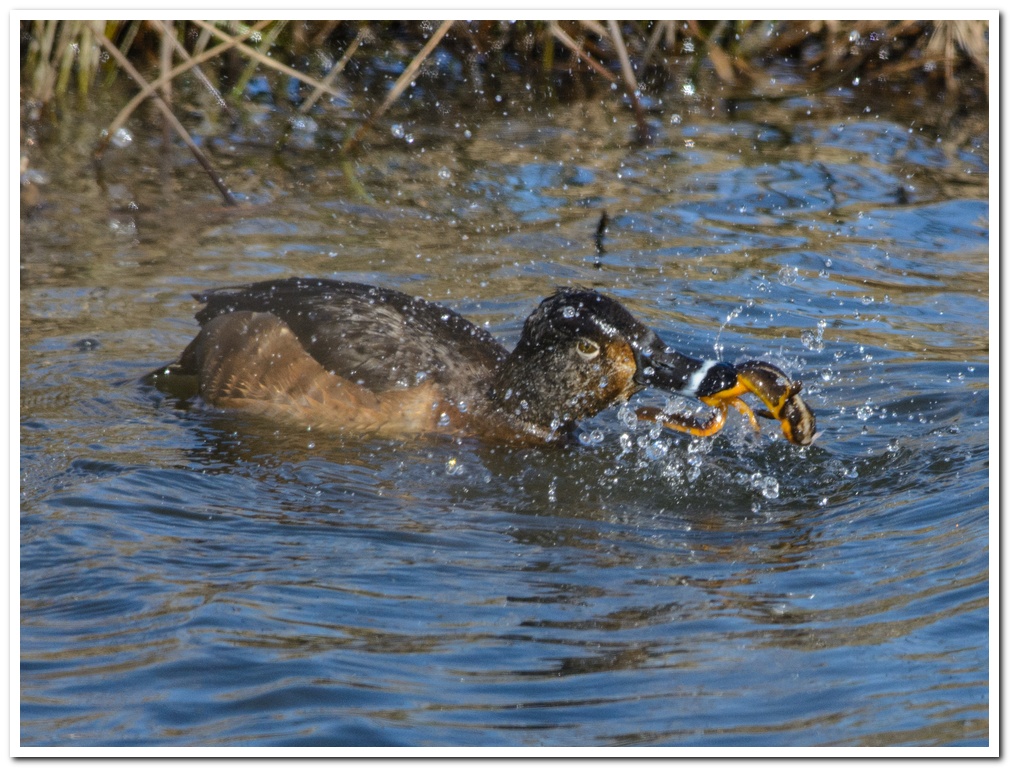 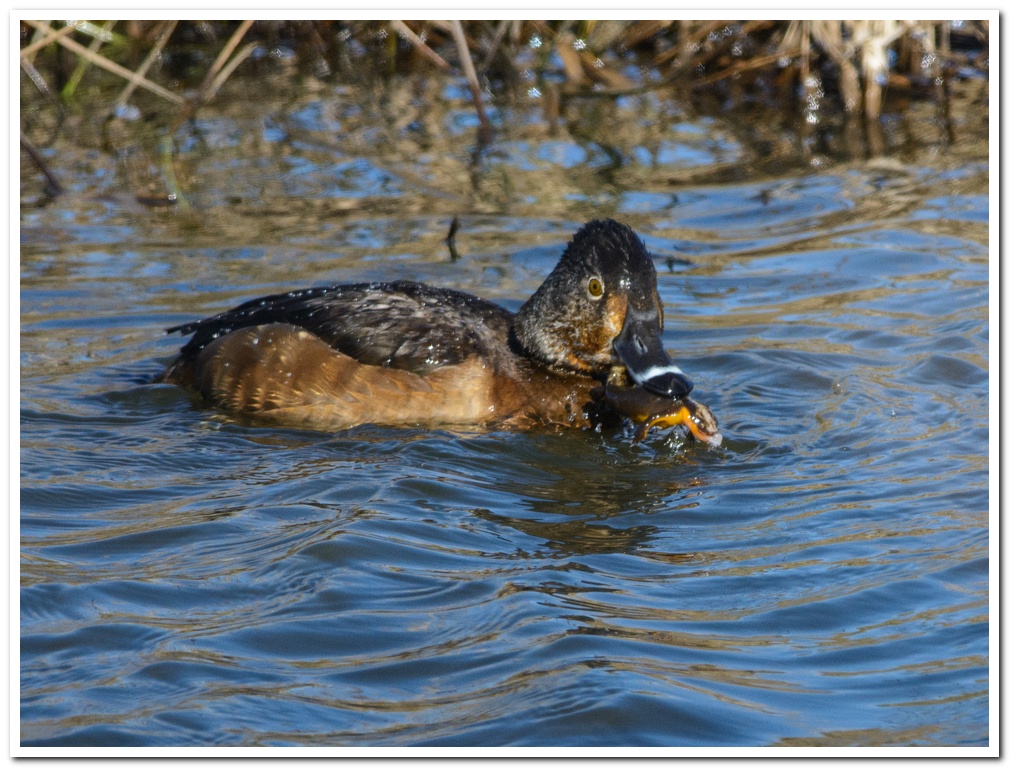 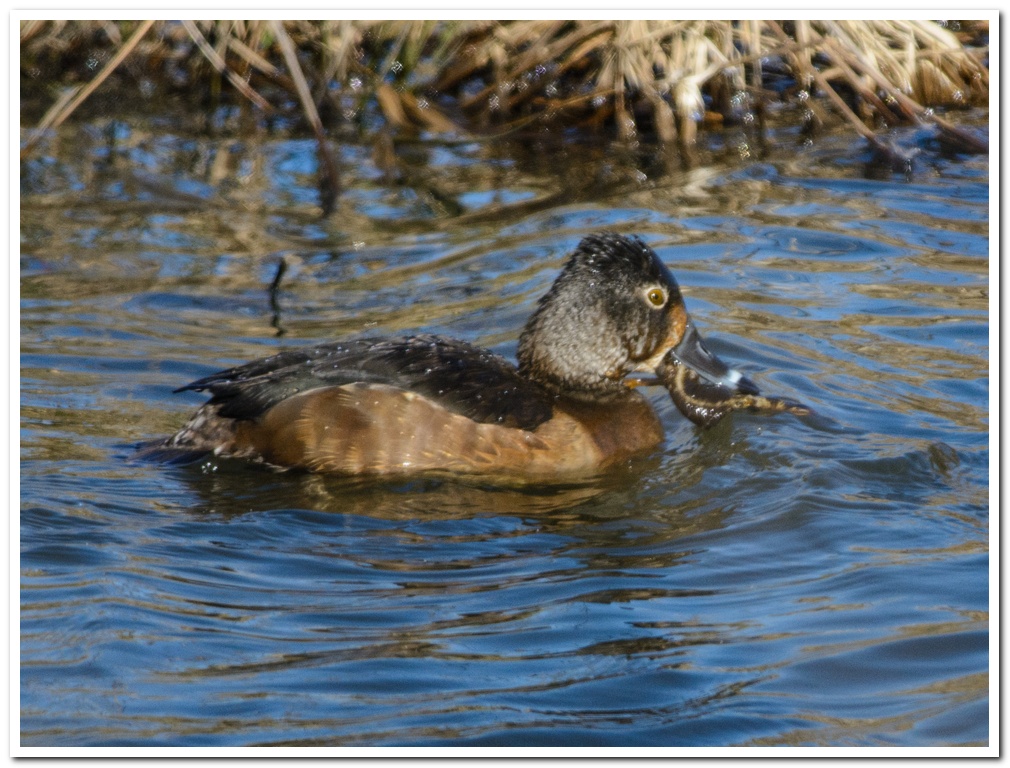 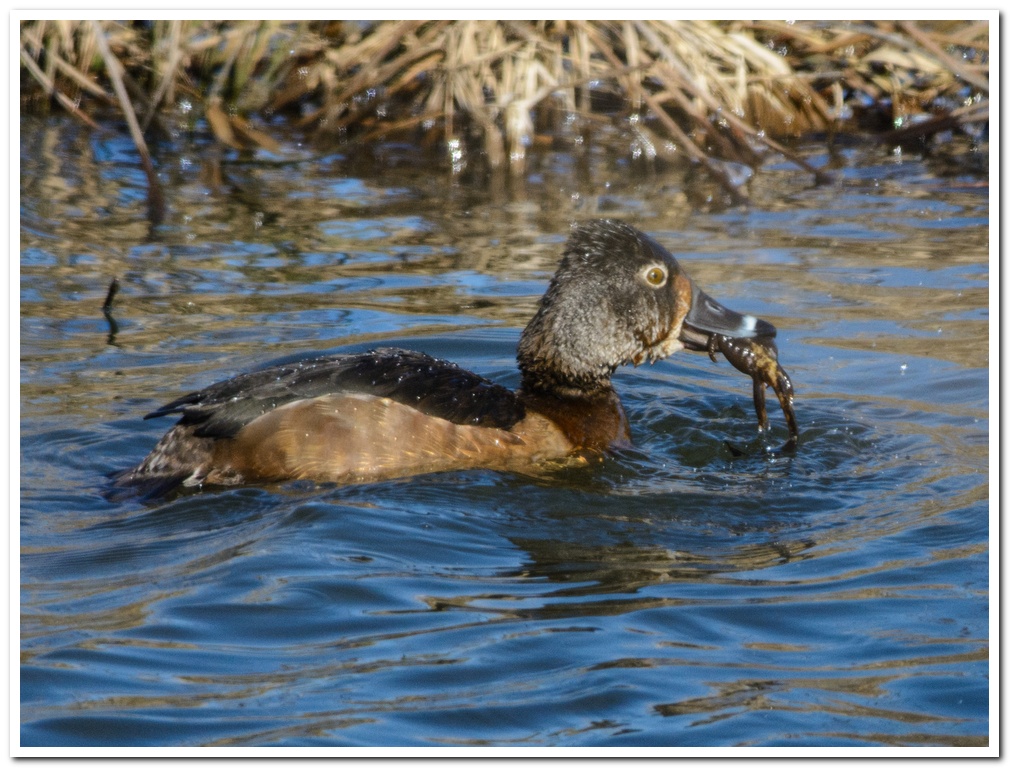 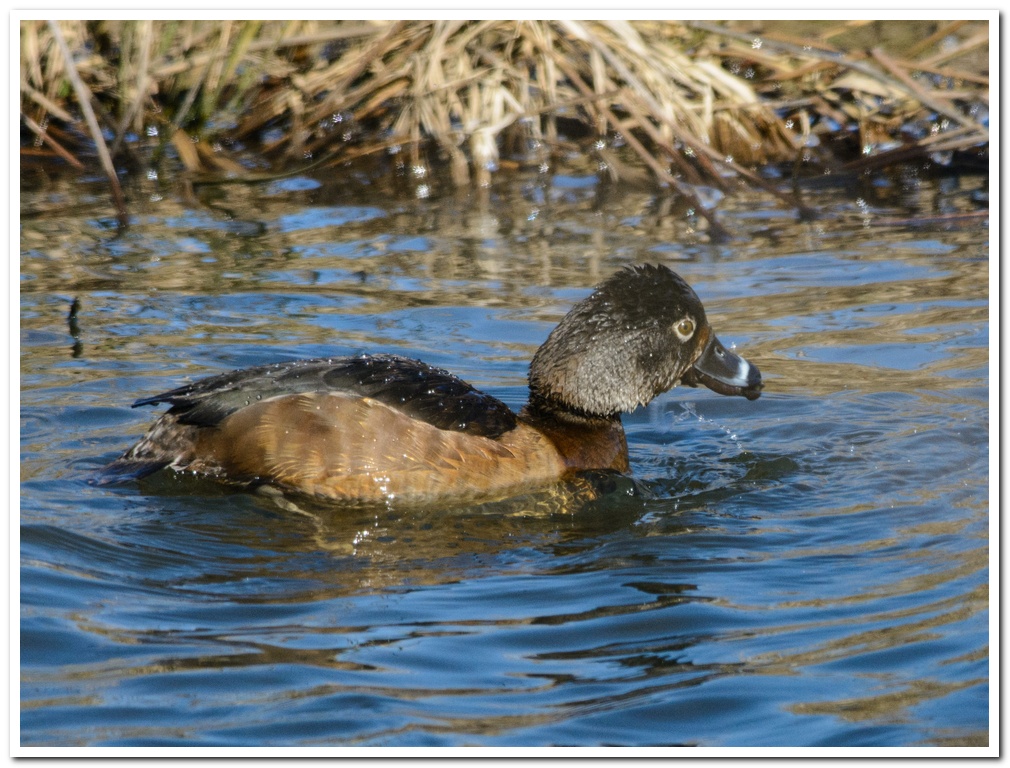