Over the past two days, the evening news has featured distraught, angry, and determined Florida students marching on the state legislature, stunned about the 17 students shot by Nikolas Cruz, but bent on ensuring that it won’t happen again. Many of the lobbyists were classmates of the slain students.  I thought to myself, “If anybody can change this country’s attitudes towards guns, it’ll be the young people who were the targets of those guns.” I hoped mightily that Florida, and then the country, would at last begin to respond. Dare I hope that this might be the turning point in the struggle against America’s senseless proliferation of weapons—especially assault weapons?

No chance. As I predicted, we’ll have a brief flurry of anger and calls for new gun laws, and then it’ll be business as usual. Far too many Americans see student lives as collateral damage to the necessary production and ownership of guns. That’s just sick.

Of course Florida turned a deaf ear to those students. As ABC 10 reports, just one day after the students from Marjory Stoneman Douglas High School went to Tallahassee, Florida to lobby for gun control at the state capitol, the House voted down a motion to ban assault weapons like the AR-15 used by Cruz. The vote wasn’t even close: 36-71.  And it’s ASSAULT WEAPONS!  There is no reason to allow these even if you think that the Second Amendment should permit personal possession of weapons for self defense.

The students were devastated, as they should be, watching a bunch of Republicans vote down sensible restrictions on the very gun that had shattered the bodies of their friends. They watched and wept: 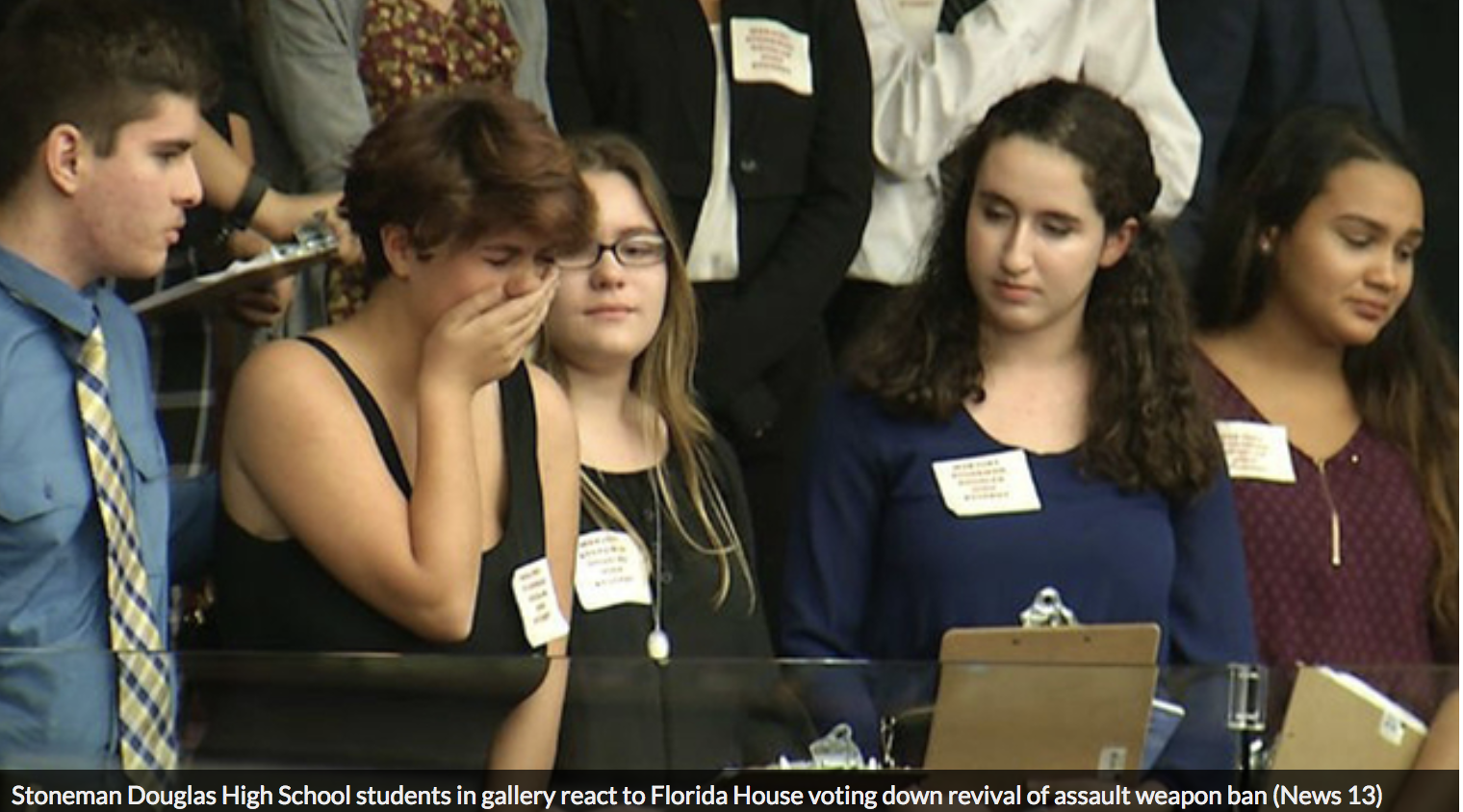 And Dinesh D’Souza, odious human being that he is (he’s supposed to be a pious Christian), brutally and cruelly mocked these students on Twitter: 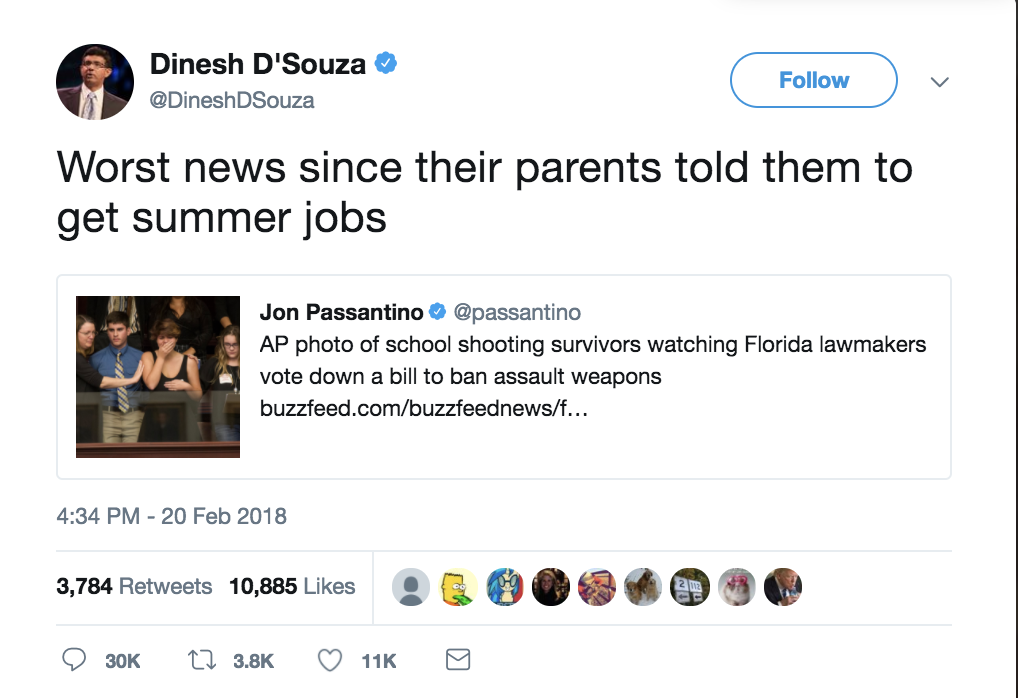 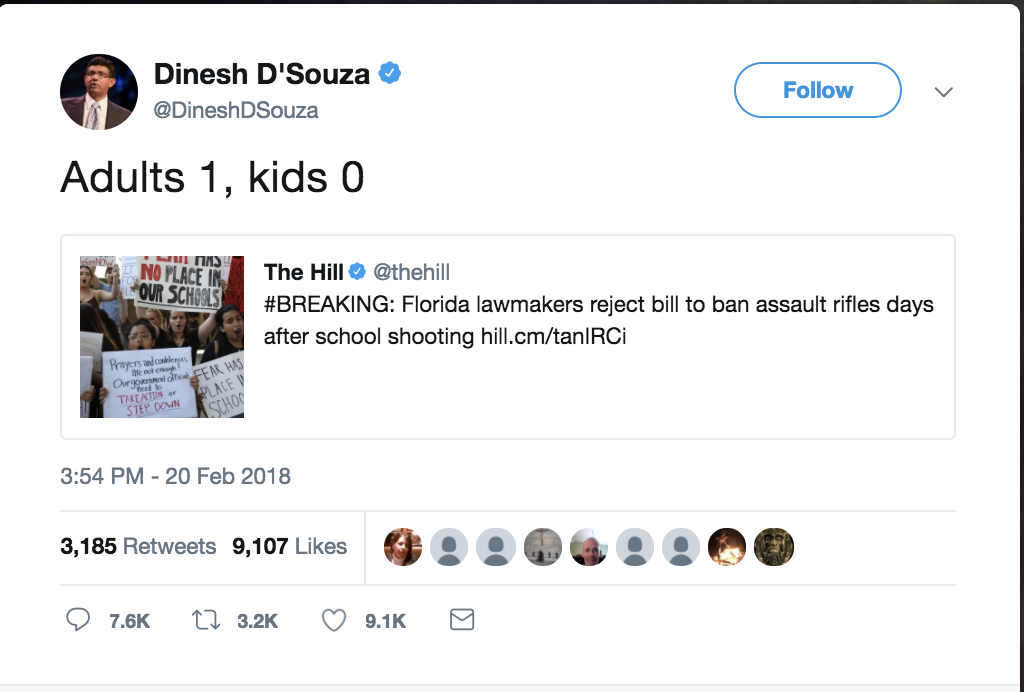 How lame a human being must you be to say things like this? Reader Pliny the in Between adds a comment: 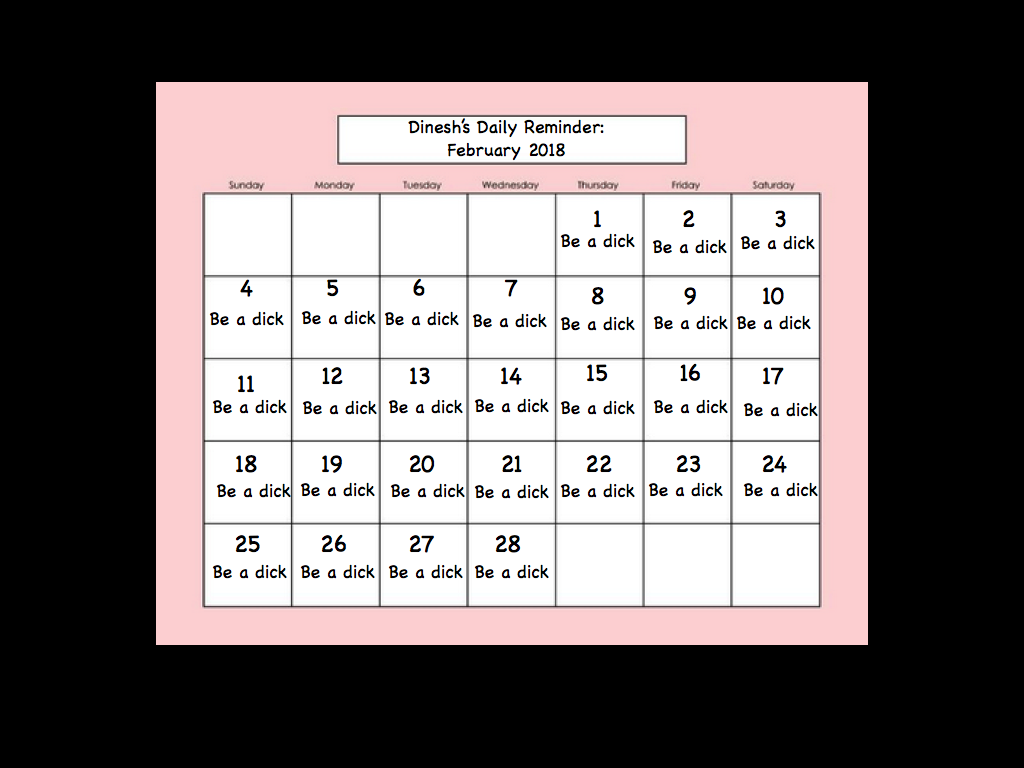 161 thoughts on “Gun legislation turned down by Florida legislature; Dinesh D’Souza mocks students lobbying to get it passed”