I heard from Grania that this conversation took place, and could only imagine how it went down, especially given the difference in demeanor between these two guys.  Russell Brand can be quite funny and articulate, but he can also be gonzo. Sam is never gonzo.  I haven’t yet watched this two-hour video, but I’m putting it here in case you want some brain food instead of watching the Superbowl.

Apropos, here’s how readers predict the Superbowl outcome as of 2:30. (Not much of a vote, I have to say.) I voted for the Patriots, though all I know about this contest is that Tom Brady is a great quarterback. Kickoff is at 5:30 Chicago time, which is the same as Minneapolis time, where the game will be played. Yes, it will be played in the dark and in bitter cold; it’s insane that they’re not having it in, say, Florida. 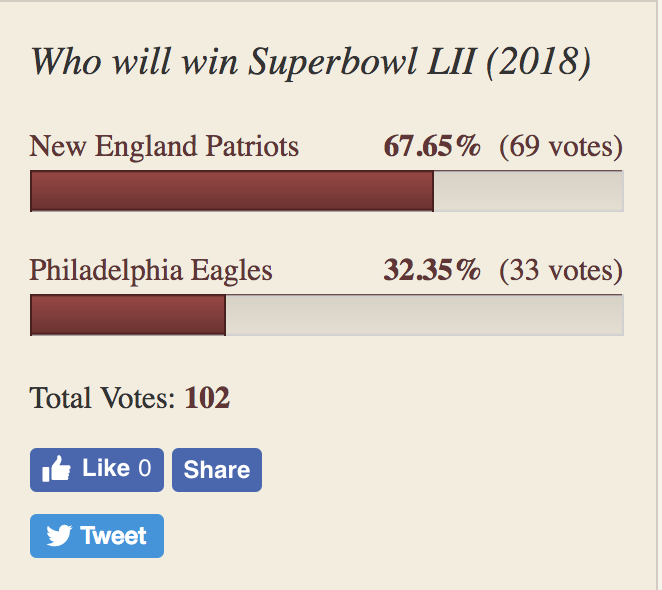 On to the main event, which I’ll watch in pieces: