I have become aware of your recent article, “St. Charles Darwin“, in First Things (“America’s most influential journal of religion and public life”). The point of your article appears to be twofold: to defend A. N. Wilson’s execrable hit-piece that masquerades as a book-length biography of Darwin (I reviewed his book here), and, second, to question the truth of evolution itself.  But, by your own admission, you have no expertise to do either of these things.

First, you admit that you know nothing about Darwin’s life:

I have no idea myself whether Charles Darwin was a “self-effacing” and “endearing” beetlemaniac—a Mahatma Gandhi of biology, so to speak—as his fans claim, or a cat-killing, digestive tract-obsessed egotist and plagiarist, as Wilson seems to think.

Perhaps you should read some of the Darwin scholarship by historians of science, like Janet Browne, and then you might get an idea of what the man was really like. And if you did that, you’d see that the critiques of Wilson’s biography by myself, John van Wyhe, and Adrian Woolfson—critiques that you find “hilarious”—rest on Wilson’s blatant misrepresentation of the biographical facts. Wilson simply distorted and lied about Darwin’s life (did you see that I caught him in a blatant lie about Darwin’s supposed plagiarism?).

Your claim that our criticisms of Wilson’s book stem from the fact that he is an atheist turned Christian, and that his religiosity is why his book has “gotten under the skin of people who make at least part of their living promoting Darwin”, is ludicrous. The book would remain dreadful even if Wilson had remained an atheist.

After I read Wilson’s book, I was puzzled that an apparently smart man could do such a terrible job criticizing not just Darwin, but his theory of evolution. It was then that I realized that Wilson was probably a creationist, or at least acted like one, and that suggested a plausible motivation for his execrable scholarship. But his scholarship remains bad regardless of his religion.

Further, you clearly know almost nothing about evolution, either, as seen in this paragraph:

It’s not surprising that Wilson, in his Darwin biography, finds the master’s theories wanting. Evolution, particularly evolutionary psychology, can be a useful heuristic in reminding us how similar we are to other animals, our kin, but when you go hunting through the fossil record for hard evolutionary evidence, you always come up . . . a little short. Yes, there seem to have been dinosaurs with feathers (presumably bird ancestors), but paleontologists continue to classify the extinct creatures as reptiles. There’s a “transitional” fish from the Devonian period, which artists like to draw with little legs like on the atheist bumper sticker—but the actual fossils, recovered in Nunavut, Canada, in 2004, are only of the fish’s head, whose bone structure seemed adapted to taking in air on shallow mud flats.

“Useful heuristic”? Do you know anything about evolution beyond what you’ve taken from Wilson’s book or the creationist literature? No the fossil record does not come up short. Those dinosaurs with feathers are exactly what we expect for transitional forms: they have a largely dinosaurian skeleton but birdlike feathers, and, moreover, appear well after theropod dinosaurs (the presumed ancestor) were already around—but before modern birds appeared. Further, the fossils become less dinosaurian and more birdlike as one gets to more recent strata. Whether one calls these “birds” or “dinosaurs” is a matter of taste; the important fact is that they are exactly the transitional forms we expect, and they appear at exactly the time they should have if dinosaurs evolved into birds.

And surely you know that the truth of evolution doesn’t rest solely on fossils—in fact, there was not much of a fossil record in Darwin’s time. His evidence for evolution derived from other areas like embryology, comparative morphology, vestigial organs, and biogeography. Now, of course, we do have fossil records of many transitional forms: not just those from reptiles to birds, but from reptiles to mammals, amphibians to reptiles, terrestrial mammals to whales, and—brace yourself, as you’re going to hate this!—from early hominins that had small brains, big teeth, and lived in the trees to the more cerebral and gracile species of Homo. All of these, and newer evidence from genetics as well, attest to the truth of evolution.

Your comment about Tiktaalik shows your further ignorance. It’s not just the fish’s head that we have, for crying out loud, but a substantial part of the postcranial skeleton, including its shoulder and front fins. Let me remind you by showing you the photos of the fossil: 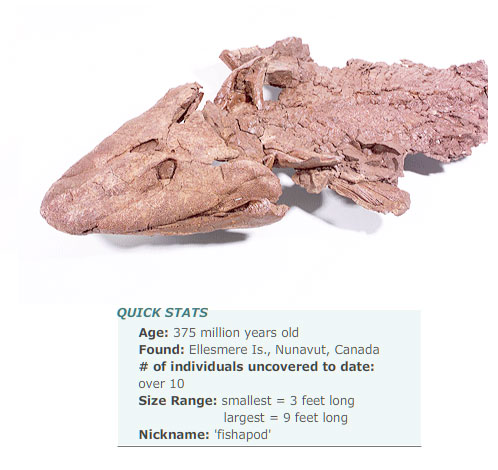 The bony fins that might have evolved into legs: 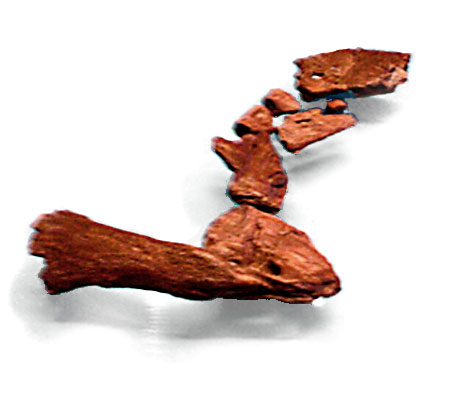 And, as Greg Mayer reported on this site four years ago, we also have a pelvis and a partial hindlimb.

To see the significance of this fossil as the kind of “fish” that could have evolved into tetrapod amphibians, I suggest that you read Neil Shubin’s Your Inner Fish. Did you have a look at it? I didn’t think so.

At the end, I wondered how you—even more ignorant about Darwin and evolution than was Wilson—could do such a terrible job in your article. And I conclude that, like Wilson, you have been conditioned by your religious beliefs to attack Darwin and his ideas. I implore you to do some reading about science before you further mislead the readers of First Things. For, without doing your journalistic homework, you’ll do nothing to keep that magazine “an influential journal of religion and public life.”

Do you really want to cast in your lot with creationists? Enlightened believers accepted evolution a long time ago.  Surely you don’t want First Things to become Worst Things!

I’ve posted the link to this piece as a comment after Allen’s piece. We’ll see if it appears.

115 thoughts on “An open letter to Charlotte Allen, an ignorant, evolution-dissing writer”