We have only two photos today, both from Lou Jost, who’s been busy in the rain forests of Ecuador. But they’re great pictures, and one apparently shows a form of mimicry new to me: an insect mimicking a frog. Lou sent this yesterday:

In honor of your mimicry post today, here are two more mimics for your delectation, found this month during a visit by a group of Stanford University students. The first is a crab spider that imitates a frog! It was found by students Dylan Moore and Natalia Espinoza in EcoMimga’s Rio Zunac Reserve.

The EcoMinga page adds this:

At first they [Moore and Espinoza] thought it was a frog. It holds its forelegs in a position reminiscent of the hind legs of a frog, and its abdomen mimics a frog head, complete with eyes. I imagine that small birds or insects that would catch a spider might not want to waste energy or risk their lives trying to catch a frog.This spider seems to be related to the famous “bird poop spiders” but I don’t really know. If an arachnologist reads this, perhaps he or she could add some information about this? 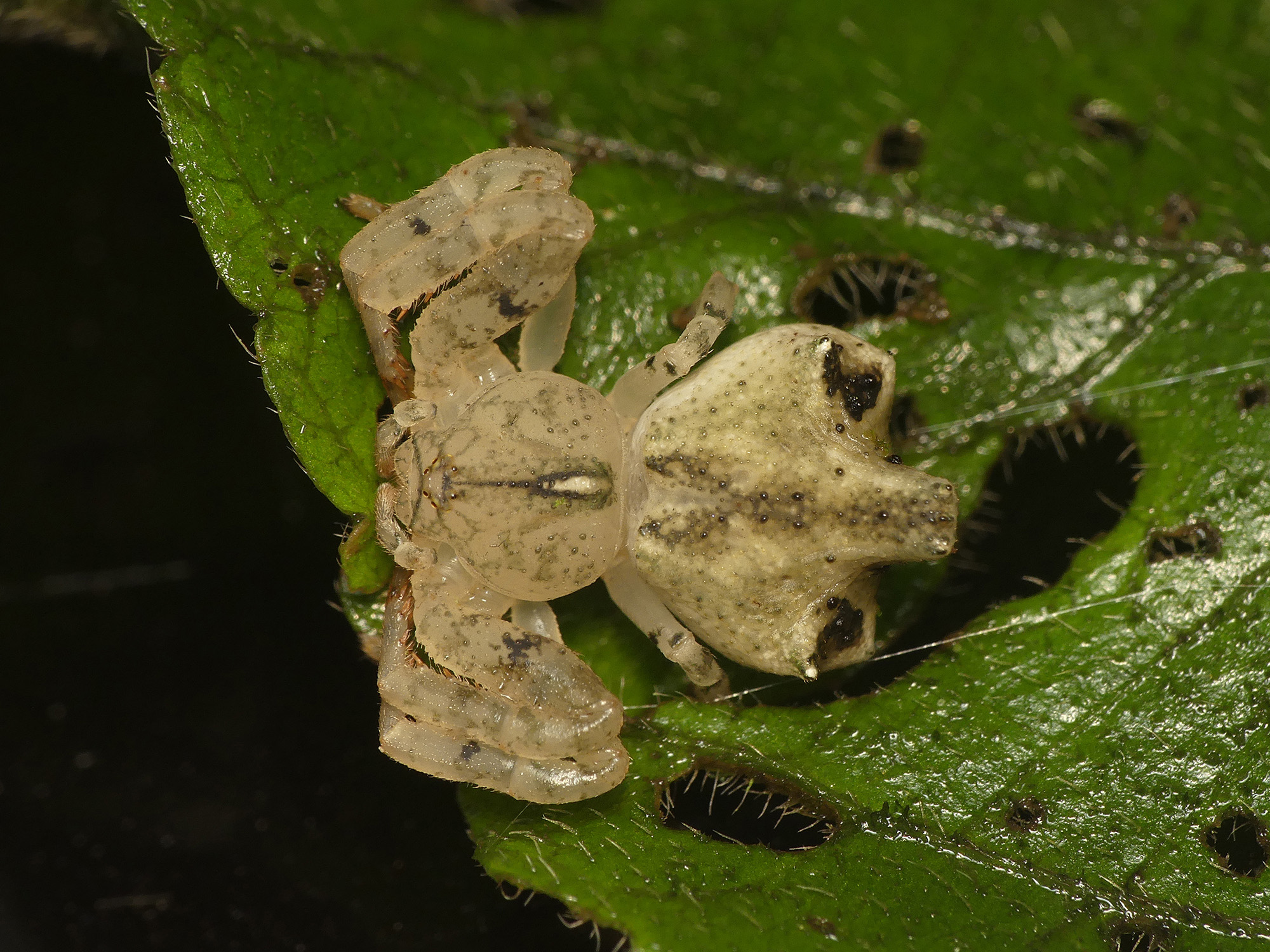 The next day,when we went to EcoMinga’s Rio Anzu Reserve, I spotted this leaf-mimic katydid only because it moved its two antennae together to act more like an inanimate leaf. It was confident in its disguise and did not move when disturbed.

You do see it, right? 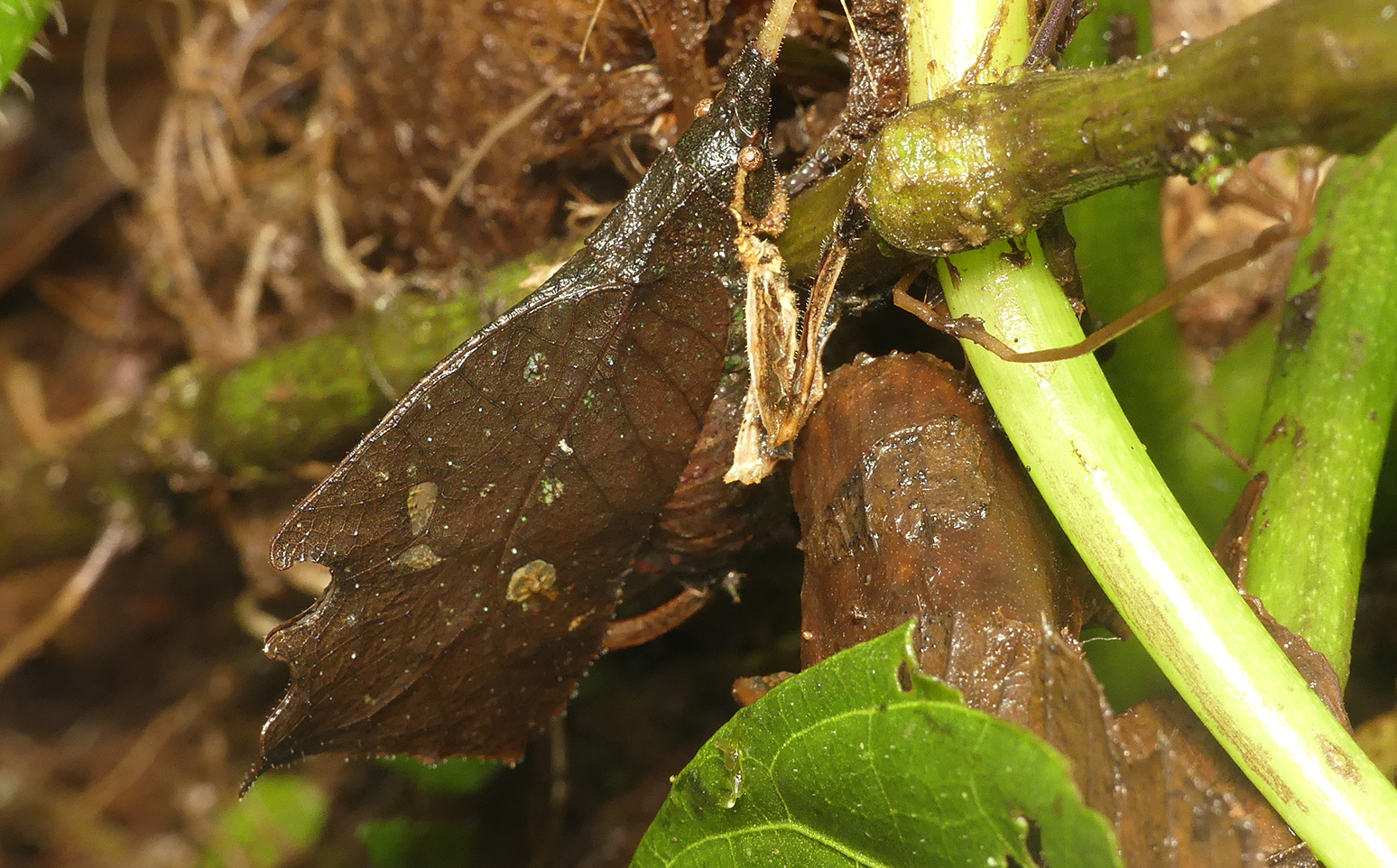 The frog mimic a frog raised two questions, which I sent to Lou. Is this the first described case of a spider mimicking a frog? And what could be a selective advantage to the spider of this kind of mimicry?  Lou responded:

Jerry, I hadn’t ever heard of a frog-mimic spider like this, but the internet does reveal one other alleged example here [JAC: here’s the photo at the link]: 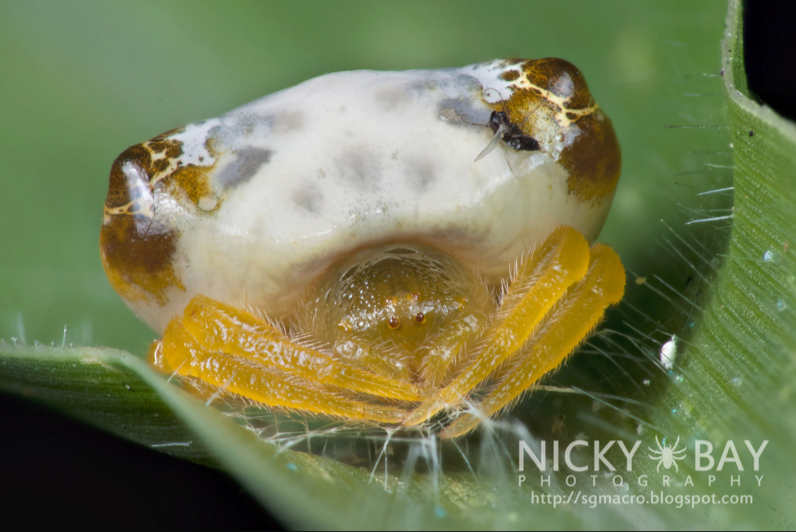 But I think that one might be imitating a snake head.

It’s unlikely that the imitation is to help the spider sneak up on prey, as it seems that most prey that would be eaten by a spider would also be eaten by a frog. Also, the spider’s color is not an “aposematic” warning color, which most toxic frogs have, like this one: