Here’s a case where the fox has been chosen to guard the henhouse. The website for the UN’s Commission on the Status of Women outlines its mission:

The Commission on the Status of Women (CSW) is the principal global intergovernmental body exclusively dedicated to the promotion of gender equality and the empowerment of women. A functional commission of the Economic and Social Council (ECOSOC), it was established by Council resolution 11(II) of 21 June 1946.

The CSW is instrumental in promoting women’s rights, documenting the reality of women’s lives throughout the world, and shaping global standards on gender equality and the empowerment of women.

One would think, then, that the member states of this organization would be those with a track record of promoting gender equality.

Wrong. According to several sources, including UN Watch (the link keeps disappearing!), the UN has just elected (wait for it) Saudi Arabia as a member of that commission. In fact, the vote, made by the UN’s Economic and Social Council was by secret ballot (why?), and 15 EU countries voted for the Saudi membership (see below):

Saudi Arabia is a country where women can’t drive, must appear fully covered in public, cannot go out unless accompanied by a male guardian, need permission from a guardian to travel, marry, or do business, and weren’t allowed to either vote or run for election until just two years ago. It’s a horrible place to be a woman if you have any aspirations toward equality.

Further, according to the World Economic Forum’s Gender Gap Rating, Saudi Arabia ranks 134 out of 145 countries assessed—right at the bottom. Here are the top nations: 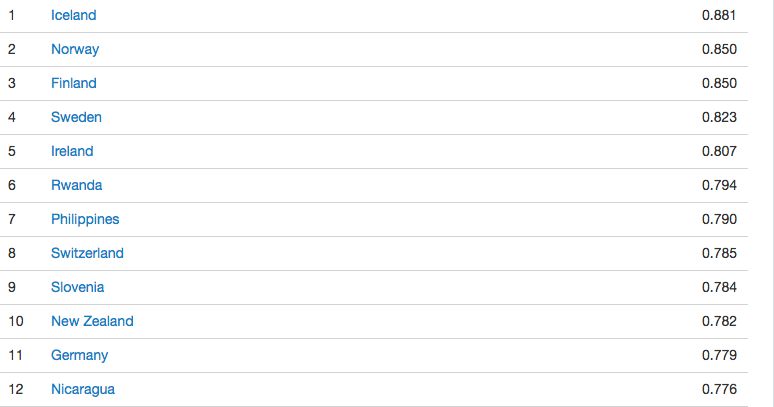 . . . and the bottom (note the predominance of Muslim-majority countries): 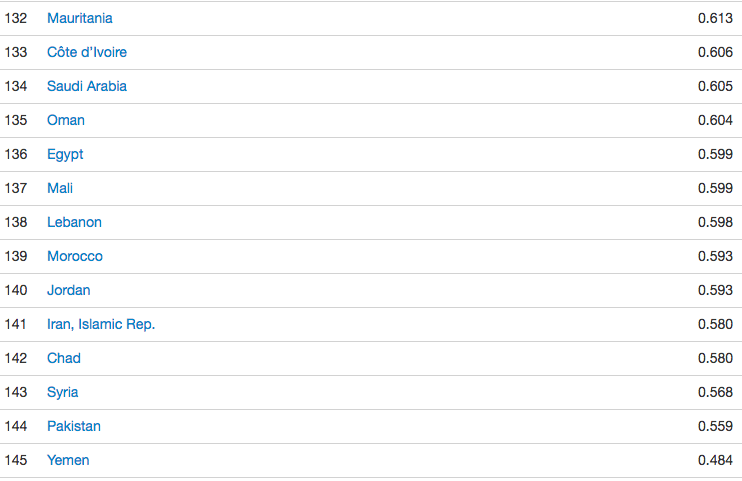 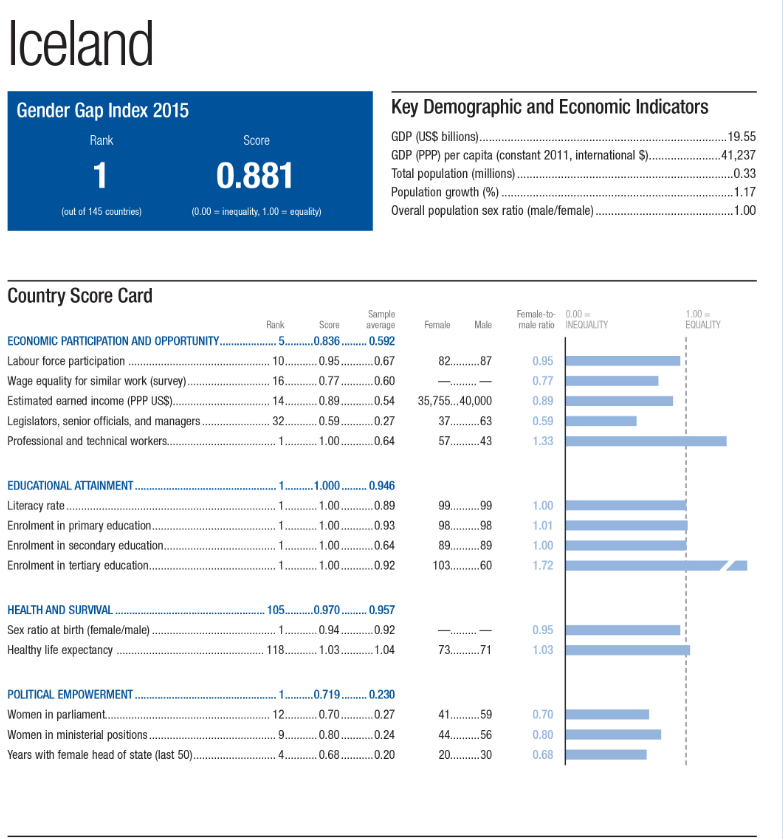 Saudi Arabia, whose low score is due largely to reduced “economic empowerment and opportunity” and “political empowerment”: 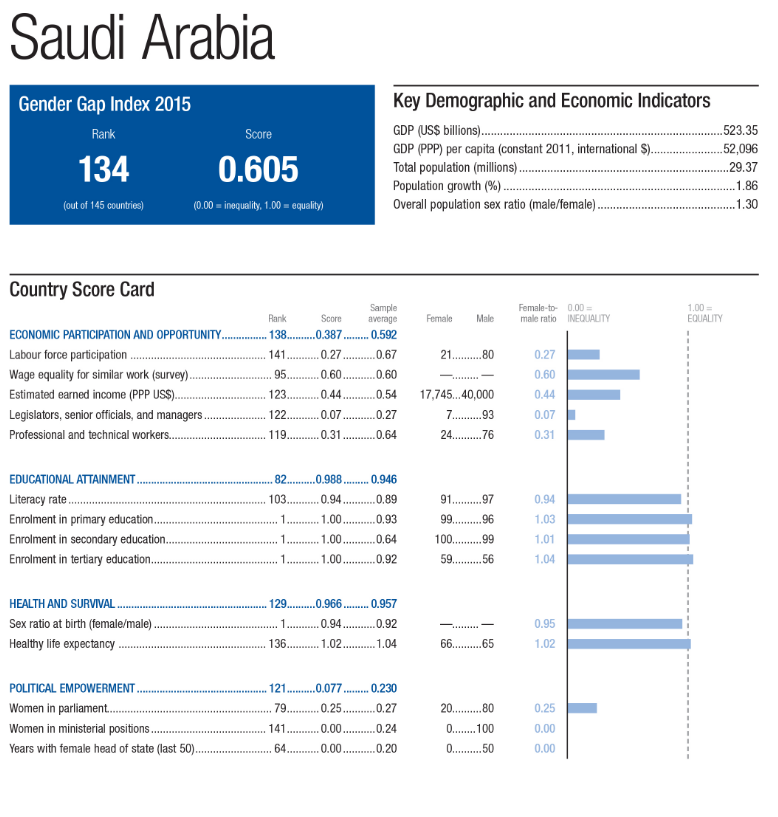 We don’t know who voted for Saudi, but, according to this tweet from a UN Watch official, lots of EU countries gave an “aye”:

And a response from a Saudi woman (clearly living elsewhere!): 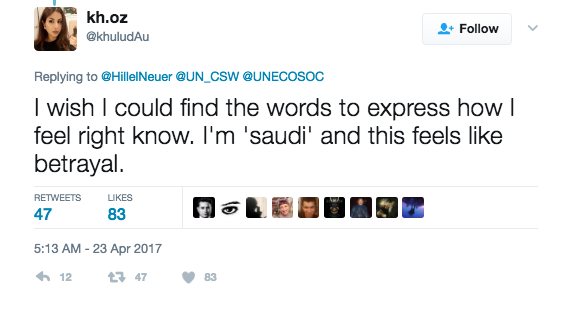 Others have said this, and I agree: the United Nations has become a joke.

64 thoughts on “What a world!: UN elects Saudi Arabia to its Commission on the Status of Women”