I don’t think I’ve ever been so besieged by newbie commenters as I have by chiropractors and their acolytes over the last several days. After I posted a few times on that form of quackery (here, here, here, and here), I’ve had chiropractors, students in chiropractic school, and even chiropactors’ wives try to comment on this site showing me how badly wrong I’ve gone. Chiropractic, they say, effects “miracle” cures. I’ve posted a few of their beefs, but they’re getting repetitive and tiresome, and they’re easily refuted. Here are a few of the common responses, which I’ll let readers deal with since they’re no-brainers (I can’t resist a few parenthetical comments):

But enough; I’m tiring of these people and their refuted claims. The fact that I’m suddenly inundated by would-be commenters suggest that they’re communicating with each other, saying, “Go after that Coyne guy.” But as one of my friends said when I called chiropractors “quacks”, “That is an insult to ducks!” (Besides, ducks never present inflated bills. I’ll be here all week, folks.)

Oh, one more comment before I get to the comic at hand: I haven’t heard back from the Cincinnati Zoo after I wrote them (twice) asking for an explanation of why they used a chiropractor trained on humans to adjust the cervical vertebrae of a baby tiger. I doubt they’ll ever respond.

And the comic: over at Daryl Cunningham Investigates, you can see a comic-strip version about the history and practice of chiropractic “medicine”. The strip is pretty, but the story isn’t; I’ll give just a few panels from the long but engaging strip: 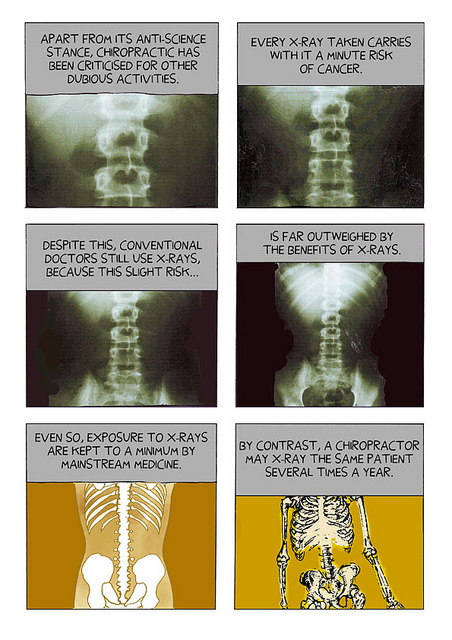 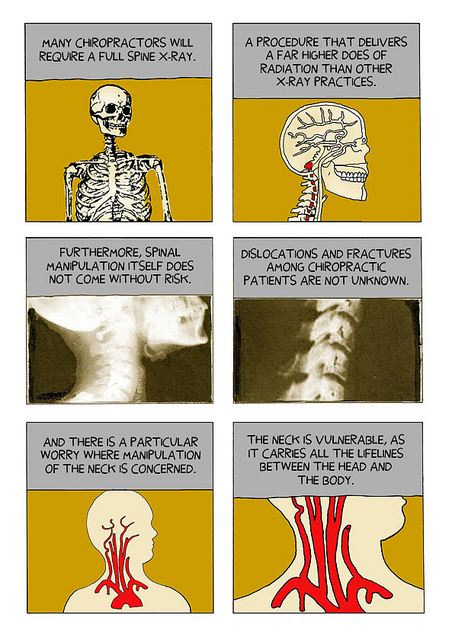 and (remember that many chiros are anti-vaxxers): 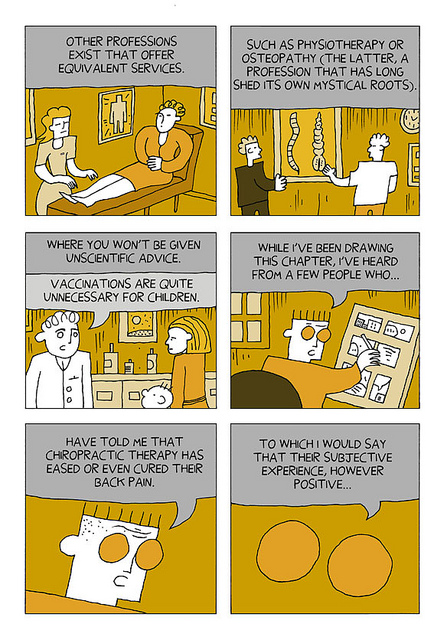 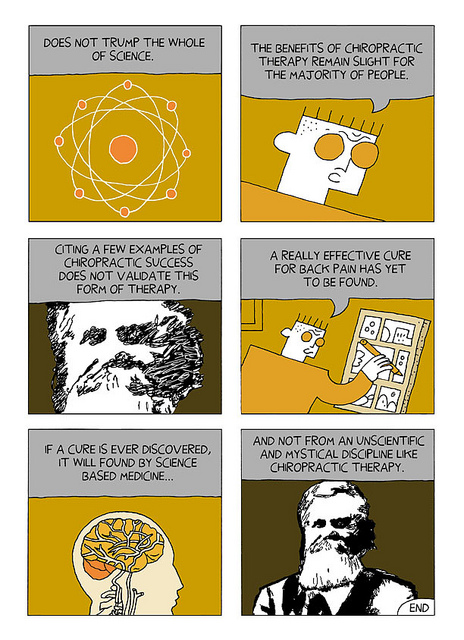 Now I’m going to be even more inundated with outraged chiropractors, their wives, and their students. To which I say, “Come at me, bro!” but don’t expect that I’m going to publicize quackery on this site. You’ll see me do that when I start saying that creationists are right, for the scientific basis of chiropractic is about as sound as that of creationism.