This is a story that will chill you to the marrow, at least if you have any respect for due process, freedom of speech, and a loathing for the Regressive Left.

You can find two successive versions of the tale in the Vancouver Sun and the National Post, so it seems kosher to me. It’s about the hounding and then firing of an anonymous 44-year-old male teacher (we’ll call him “AT”) for making an innocuous comment in a class at a very ritzy and expensive private school in Vancouver, Fraser Academy. The school, which teaches students from grades 1-12 (tuition: $30,000 per year), specializes in students with “language-based learning disabilities”, but also seems thoroughly imbued with Regressive Leftism. As the Sun reports (my emphasis):

Before classes even started last fall, teachers underwent serious “gender training” given by QMUNITY, an organization for LGBTQQ2S (lesbian, gay, bisexual, trans, queer, questioning and two-spirit) people. Teachers were told in no uncertain terms, for instance, that “no one is 100-per-cent male or female” and that everyone is somewhere on the “gender spectrum.”

Unsurprisingly, students at the school, where $30,000-a-year tuition buys small classes, regularly say “I’m so triggered” and are allowed to walk out of class.

The triggering event at issue occurred on November 24, and seems tame enough, but it mushroomed into a huge fracas that led to AT’s firing. AT describes what he said to a 12th-grade class unit on criminal law, vice, ethics, and morality (my emphasis):

“I was working my way through examples of how some people’s sense of personal ethics was more liberal than the letter of the law,” he said in an email.

For example, he told them, many people might roll through a stop sign on a deserted country road, deeming it morally acceptable, even if unlawful.

In other words, he said, in a pluralistic democracy, there’s often “a difference between people’s private morality and the law.

“I find abortion to be wrong,” he said, as another illustration of this gap, “but the law is often different from our personal opinions.”

That was it, the teacher said. “It was just a quick exemplar, nothing more. And we moved on.”

A little later, the class had a five-minute break, and when it resumed, several students didn’t return, among them a popular young woman who had gone to an administrator to complain that what the teacher said had “triggered” her such that she felt “unsafe” and that, in any case, he had no right to an opinion on the subject of abortion because he was a man.

There ensued a series of stressful meetings between the teacher, his bosses, and the student. AT was asked to show contrition in a meeting with the student and another teacher, but AT refused on the grounds that it would set a bad precedent. But he then apoligized to the student. That wasn’t good enough, even though he’d been recognized as an outstanding teacher at Fraser. He later met with his class and the boss to tender a public apology, knowing that his job was on the line. And he did apologize, but in the wrong way. Here’s AT’s account (my emphasis):

It was exactly the horror show [AT had] imagined: His boss sat among a crowd of students, ran through a list of what had gone wrong and “what I needed to do to change.” While most students appeared to be on his side, the offended girl was still furious.

He apologized specifically to her, but then made what was apparently a fatal error: He said he liked her, that she was a bright and engaging student, and said he’d told her father just that at a recent parent-teacher night.

She stormed out of the class in tears, and he was again castigated by his superiors, this time for having been “too personal” in his apologia.

On Nov. 30, he showed up at the school, was retrieved by an administrator and taken to the “head” of school, the private school equivalent of a principal.

He was told he “could no longer continue in the classroom,” and was offered a short-term medical disability top-up for employment insurance.

He was then escorted down the hall and off the premises.

Now remember that this is AT’s account; the school won’t comment on personnel issues and, according to the Post, Fraser has put its teachers under a gag order. Nevertheless. the school sent a public relations representative to the Post, but it was an off-the-record contact, so we have no information. But the Post‘s interviewed four ex-employees of Fraser, reporting that they complain about the lack of due process for teachers and “a querulous, autocratic, and unpredictable administration.” (Remember, these are ex-employees, but they are also the only ones free to speak given the gag order.)

The Post article gives several other stories of teachers fired for ridiculous things, including leaving the school Christmas party and eating on his own after a parent-teacher pizza party. This reminds me of the episode, recounted in The Gulag Archipelago, in which people stood up and applauded Stalin after a speech, and the applause went on for minutes, with everyone afraid to stop clapping first. And the one who did was arrested and sent to the gulag.

I’ll take AT’s story as true for the time being. I’m horrified by what happened to AT and by the power these easily-triggered students have over faculty. And remember that AT was a highly lauded teacher (he apparently now works for the Vancouver School System).  The Offense Culture is now infecting both the US and Canada, and in some ways it’s worse in Canada.

No teacher should have been treated like that, and I fear for those students when they leave the cocoon of Fraser and enter the real world. Of course what the “real world” is becoming in Canada may be congenial to the coddled. 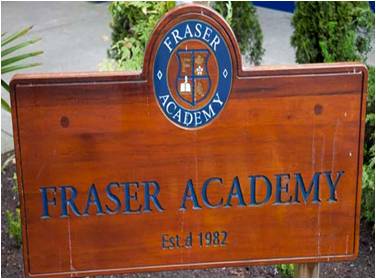